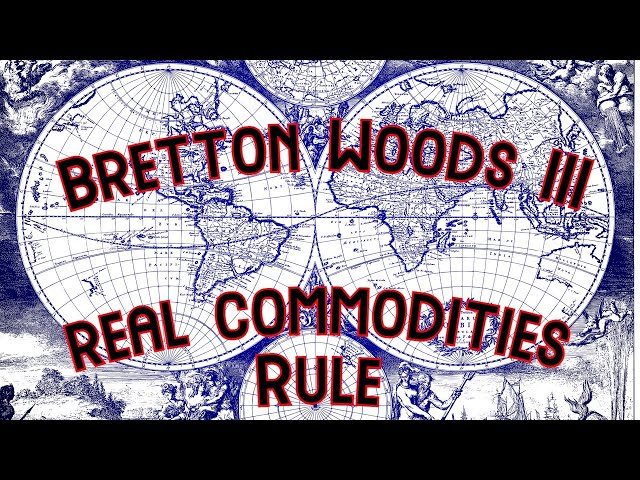 Will The World See Famine?

A week ago, Russian Federation President Vladimir Putin gave a speech that echoed criticisms France’s President Charles de Gaulle made in 1965, a speech I will leave in the comments below, results of which led to gold multiplying in price over 20 fold within fifteen years.

Both speeches boiled down to this.

This week, we will examine some significant policy and trade alliance shifts in the east.

Both the silver and gold markets traded slightly down for the week.

The daily silver spot price closes about a quarter under the $25 oz line.

The daily gold spot price finished this past week at about $1925 oz.

The gold-silver ratio climbed slightly, reaching 78 at the end of this week’s trading action.

Cup and handle continue building for a breakout ahead.

Inflation is now becoming the zeitgeist of our time.

This google trends data covers worldwide searches for the term inflation from 2004 until 2022.

It makes complete sense as prices for the things we need have been ramping up walls for the last year-plus.

Sadly the world is likely going to see famine and increasing political instability due to people’s paychecks increasingly not getting enough food on their plates.

The loss of about 25% of the wheat market has driven its price back toward all-time high levels, last seen in 2011 during the Arab Spring instability spell.

But terrible price inflation is not merely an emerging market issue.

Germany, the manufacturing powerhouse of Europe, admitted inflation rates this week not seen since 1981.

Just to put things into perspective: The last time #inflation was 7.3% in Germany – in Nov 1981 – the Bundesbank key interest rate was 11.4%. Today, #ECB's main rate remains pegged at 0%. pic.twitter.com/s1zQMxtmov

Of course, their interest rate (like ours) remains at 5,000 yr low levels, unable to increase it anywhere near a positive real savings rate as their banking and financial system would implode if they dare try.

The United States is not much different. We’ve never seen this much concern over price inflation during the age of the internet. Longer standing Gallup poll data illustrates this point as well.

On a positive note for bullion bulls, this has led to a more significant influx of people and investors regaining consciousness of precious metals. The levels of interest in 2011 for silver and gold are now left in the dust, and my strong contention is so will silver and gold spot prices, in due time too.

We are turning our attention to the main topic of this week’s SD Bullion market update.

The recently blown-out Russian ruble has fought back all its Ukraine invasion and western sanction losses over the past month.

Russia has also seemingly enacted an interesting two-prong approach to keeping a floor under the ruble’s value by demanding that ‘unfriendly nations’ begin buying their commodity exports in Russian rubles.

Of course, many of these ‘unfriendly nations’ reside in the European Union, and they depend on Russian gas and oil for large portions of their energy requirements.

Do you want to keep your home heated or cooled?

You want to keep the lights on, Vatican?

Pay in rubles (eventually, perhaps in gold, depending on the arbitrage).

Oh, and the Russian central bank has also declared itself an official gold bullion buyer at a fixed price of 5,000 rubles per gram of gold until June 30th, 2022.

Many financial onlookers believe that Russia is not merely launching this new fixed but adjustable gold bullion bid policy to keep its domestic gold producers afloat. But also to create a bilateral trading option for friendly trading nations to have the opportunity to settle direct trade in rubles or gold based on potential commodity payment discounts and or potential ruble gold arbitrages to come.

This past month of March 2022, famed Credit Suisse financial analyst Zoltan Pozsar whose name became synonymous with his work on the NY Repo market crisis that kicked off well before the pandemic in September 2019.

Zoltan is back in financial headlines describing how the economic order is changing—shifting from the old petrodollar fiat Federal Reserve and US Treasury dominant 1971-20212 system to a new 2022 and beyond version.

One that will increasingly use commodities as stores of wealth and less now revocable foreign fiat reserves often held by surplus trading nations like Russia or China.

I will leave links to both his pieces below, but we will also highlight some of his viewpoints right here and now.

Zoltan finished his March 31st, 2022 piece with this handy display of how the multipolar order trade is changing in his view.

Of course, we will continue monitoring and reporting on these massive commodity trade changes afoot on our channel.

Be sure to subscribe if you have not already.

And as always to you out there, take great care of yourselves and those you love.