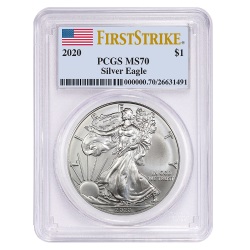 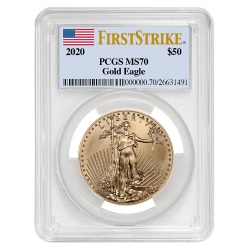 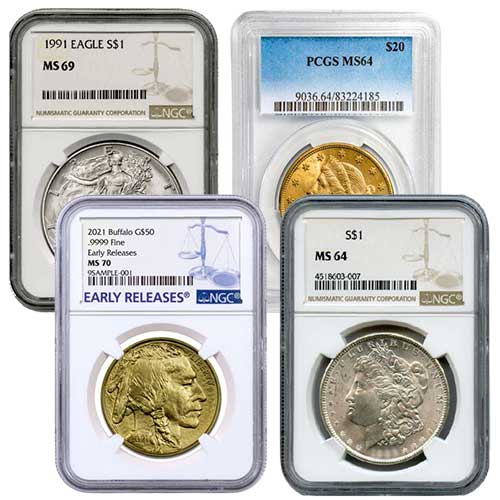 The Coinage Act of 1792, passed by Congress, established the renowned United States Mint in the same year. However, the Mint took several decades of expansion before becoming the behemoth minting institution we all know today.

Functions of the Mint include:

However, the US Mint plays no part in the production of paper money, as the sole responsibility for it rests with the Bureau of Engraving and Printing.

Although the United States Mint was created as part of the State Department in 1792, it was made an independent organization in 1799. Moreover, the Coinage Act of 1792 did not specify a fixed term for the Director, who served at the pleasure of the United States President. However, the Coinage Act of 1873 modified this clause - limiting the position to a five-year term.

The first few branches that cropped up after the Philadelphia facility were Charlotte, North Carolina (1838-1861), Dahlonega, Georgia (1838–1861), and New Orleans, Louisiana (1838–1909). The mint marks C, D, and O were assigned to the Charlotte, Dahlonega, and New Orleans branches respectively.  A newer branch in Carson City, Nevada (mint mark CC) closely followed the closing of the Charlotte and Dahlonega branches in 1870. Although this branch remained operational for only 20 years, with a three-year hiatus from 1886 to 1888, ultimately shutting down in 1893.

Presently, the US Mint boasts of four active coin-minting facilities and another facility for the storage of the United States as well as other nations’ gold and silver bullion reserves.

The founding of a mint under the newly erected Constitution of the United States was top-priority for the Founding Fathers. This need brought the Philadelphia Mint into being, under the Coinage Act of 1792.

A brand new site for the Philadelphia Mint was built in 1969. This new site boasted a massive output potential of one million coins per 30 minutes, hence this facility enhanced the production output by a significant margin. The striking of the same number of coins, when produced by the older facility, took three years to achieve.

A branch that began operations on February 1st, 1906, the Denver Mint is another active coin-producing facility of the US Mint. As part of the United States Mint, it produces coins for circulation, coupled with mint sets and other commemorative coins. Each coin minted by the Denver Mint bears the ‘D’ mintmark. Even though the Dahlonega facility also used the same mark, all the coins minted by it were issued between 1838 and 1861. Moreover, the Dahlonega Mint dealt exclusively in gold coins, while the Denver Mint produces both gold and silver coins.

This facility of the United States Mint was commissioned to handle the gold mines of the famous California Gold Rush in 1854. However, its operations expanded swiftly, requiring them to shift to a bigger building in 1874. This building is known as The Granite Lady and is one of the few buildings that survived the destructive 1906 San Francisco earthquake. This facility served only until 1937, from where it shifted to its present location. 155 Hermann Street is the official address of the San Francisco Mint today.

From 1975 to 2012, the San Francisco Mint was used only for the production of proof coinage. The only exceptions are the Susan B. Anthony dollar from 1979–81 and the mintage of cents in the early 1980s. Each coin from this facility bears the ‘S’ mintmark. However, post-2012 this facility started to mint circulation strike quarters in the ‘America the Beautiful’ series.

All American Eagles, proof and uncirculated bullion coins in gold, silver, and platinum are struck at the West Point Mint. In addition to these world-renowned coins, this facility made all the American Buffalo gold bullion coins as well. Each coin minted by the West Point facility features the ‘W’ mintmark. Even though it now functions as a fully-operational minting establishment, it still acts as a gold bullion depository as well. However, the silver bullion on-site is intended to meet minting demands only.

Since it also acts as a depository for a substantial amount of gold bullion, the security is relatively high at West Point. Hence, this facility does not allow or provide tours to the public. Moreover, due to security, the National Park Service also withholds the West Point Mint’s address in its National Register listings.

Popular Gold, Silver, and Platinum Coins Minted by the US Mint

The United States Mint releases American Eagle coins annually, in gold, silver, and platinum variants. However, the American Gold Eagle coin was the first coin released in this series. It was authorized under the Gold Bullion Coin Act of 1985. The first coin from this series released in the year 1986. These coins quickly became popular among precious metals investors and coin collectors. As all these coins were minted with the full backing of the United States Government, they are assigned face values and are accepted as legal tender in the United States.

The American Gold Eagles are struck using 0.9167 purity gold, the Silver Eagle coins are minted from 0.999 purity silver, while the platinum variants are created using 0.9995 pure platinum. Moreover, American Gold Eagle coins are available in 1/10, 1/4, 1/2, and 1 troy oz weights, with a release each year. Their obverses and reverses feature iconic American designs, with the gold, silver, and platinum variants displaying different imagery. However, the annual releases do not feature any design changes.

First introduced by the United States Mint in the year 2006, these coins were instant hits in the precious metals market. The design on the coin is fashioned after James Earle Fraser's famous Buffalo Nickel, which was released years ago in 1913. Obverses of these coins feature the famous Indian Head design - an amalgam of the images of three Native American Chieftains. The clans used for this portrayal are Iron Tail (Lakota), Two Moons (Cheyenne), and John Big Tree (Seneca).

On the other side, the reverse features a classic American image of a wild buffalo, which gives the coin its name. The design is modeled after Black Diamond, a bison residing in the New York City Central Park Zoo at the time. Each of these coins contains 1 troy ounce of 0.9999 purity gold, making them valuable additions to precious metals portfolios. Moreover, since the United States Mint issues Gold Buffalo coins annually, collectors who wish to maintain complete collections always snap up these coins as soon as they are issued every year.

A series of 25-cent pieces issued by the United States Mint, with the first coin issued in 2010. Even though the series is slated to continue until the year 2021, with annual releases, the series may be extended at the discretion of the Secretary of the Treasury. America’s Beautiful National Parks Quarter Dollar Coin Act of 2008 established this series of coins.

Obverses of these coins depict the portrait of George Washington. In fact, this portrait is the restored version of the original portrait used on the 1932 Washington quarter. On the other hand, the United States Mint has released 5 design variations for the reverse sides, each year. Moreover, the series plans to continue with these changing designs every year. Each image on the reverse depicts an image of a famous National Park or National site. These classic reminders of the intrinsic beauty of the United States in a brilliant design, in addition to the pure silver they are imprinted on, make each coin in the series extremely collectible as well as investible.

No matter what US Mint products you are planning to purchase, rest assured that when you buy from SD Bullion, you are getting prices at the lowest gold price today and silver price today! Our prices are updated every 60 seconds of every day. This way you have the most accurate pricing for your gold and silver interest.