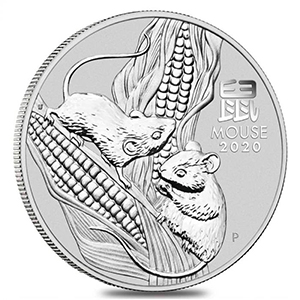 Australia’s official bullion mint is situated in the majestic city of Perth, giving it the name we all know today – the Perth Mint.

In conjunction with the Royal Australian Mint, Perth Mint produces circulation coinage for use in Australia. In addition to currency coins, the mint is also widely renowned for its various bullion gold and silver products.

Some coin programs from this mint have become synonymous with top-notch quality as collectors and investors stay on the lookout for fresh releases from the Perth Mint. Today, the Perth Mint is regarded as one of the elite group of world mints, whose products’ purity, quality, and craftsmanship are beyond reproach. The architect George Temple-Poole designed the Perth Mint facility, and it displays an elegant amalgam of British and Roman styles of architecture.

The Perth Mint was established in 1899. However, it started out as one of three Australian branches of the Royal Mint. The other two branches were Sydney Mint and Melbourne Mint, which are now no longer operational.

Sir John Forrest laid the foundation stone for the Perth Mint in 1896. The British Empire set up mints in Australia to fully utilize gold from the gold rush – striking countless gold sovereigns and half-sovereigns. Between 1899 and 1931, the Perth Mint struck over 106 million gold sovereigns and almost 735,000 half-sovereigns. It was the discovery of rich gold deposits in Coolgardie, Kalgoorlie, and Murchison areas of the British colony that led to a rapid growth in Australian population.

However, the mined gold couldn’t be exchanged for goods directly. Hence, miners flocked to the Perth Mint with their gold, where it was minted into gold coins that could be used as currency. Even though the Federation of Australia came into being in 1901, the Perth Mint remained under the jurisdiction of Great Britain. It was only in 1970 that this mint was brought under the purview of the Government of Western Australia. Until 1931, Perth Mint struck gold sovereigns for circulation. However, when Britain abandoned the gold standard that year, further production was stopped.

Nonetheless, the refinery continued producing gold bullion bars to make sure that the staff remained in touch with their skills. It was only during World War II that the Perth Mint began striking Australian coin currency using base metals such as iron, nickel, lead, etc. In 1987, however, the mint received a new direction with the creation of the Gold Corporation by a State Act of Parliament. Under this Act, the Mint’s new operator was granted the power to mint and market gold, silver, and platinum Australian legal tender coins to investors and collectors.

Commemorating critical decision, the Australian Prime Minister at the time, Bob Hawke, launched the Australian Nugget Gold Coin Series in 1987. The first day of these coins’ release yielded sales in excess of 155,000 ounces of gold – worth over $103 million in 1987. The Perth Mint opened an 8,400 square meter manufacturing facility next to its original limestone building in 2003. These structures are imposing reminders of more than 100 years of precious metals minting in Australia.

Today, the Perth Mint provides top-notch refining services to the gold industry, and produces numerous numismatic items for investors and collectors. Perth Mint Achievements In 1957, the Perth Mint created a 13 troy ounce proof plate of ‘arguably the purest of all gold.’ With a purity of 999.999 parts of gold per thousand (99.9999%), this catapulted the Perth Mint into a league of its own – garnering the respect of collectors, investors, and even competing mints. In fact, the Royal Mint was so impressed with this feat that it ordered some of that gold to use as a benchmark for its own standards. Up to the year 2000, Perth Mint’s refined gold output was pegged at a massive 4,500 tons. This weight represented 3.25% of the total weight of gold produced by humans to date.

In 2011, the Perth Mint went on to break a record previously held by the Royal Canadian Mint. The record for the world’s largest, heaviest, and most valuable gold coin was broken when the Perth Mint showcased a coin 31 inches in diameter, 4.7 inches thick, and weighing 2.231 troy ounces – struck using 99.99% pure gold. Like all other legal tender in the country, it bore the image of Queen Elizabeth II on its obverse, while featuring a Red Kangaroo on the reverse. It carried a face value of $1 million (AUD), and at the time of minting, was valued at $53.5 million (AUD). Other than these historic achievements, the Perth Mint is also responsible for numerous coin programs that are now a staple feature in coin collections as well as investment portfolios.

This coin program was the very first series launched by the Perth Mint after it received powers to strike and sell currency coinage in the form of gold and silver bullion coins in 1987. Gold Nuggets were struck in a variety of weights – 1/20 oz, 1/10 oz, 1/4 oz, 1/2 oz, 1 oz, 2 oz, 10 oz, and 1 kg. While the obverses’ Ian Rank-Broadley rendition of Queen Elizabeth II remains unchanged, the reverses featured a Red Kangaroo with different designs every year. Their annually changing designs, in conjunction with limited mintages, raised these coins’ values over and above the value of the gold used in them. They carry legal tender face values, and are backed by the Government of Australia. In fact, the one ton coin that holds the world record for the largest, most valuable coin is a member of this coin series – as evidenced by the Red Kangaroo image on its reverse.

The first Silver Kookaburra was released in 1990, and have since become one of the most popular silver coins in the world. Every coin is struck using 0.999 pure silver in varying weights (1 KG, 10 oz, 2 oz, and 1 oz). This coin program also releases coins with annually changing designs. In fact, only once has a design been repeated throughout this series. The Perth Mint used the Kookaburra image used in the original release in 1990 to commemorate the 25th anniversary of the coin in 2015. The 1 oz Silver Kookaburra’s limited mintages have kept their availability scarce, making every release a coveted item for both collectors and investors. They also carry AUD face values, and are recognized as legal tender in Australia.

Since 1999, the Perth Mint has commemorated the Chinese calendar by releasing a coin featuring that year’s animal on it. Available in both gold and silver variants, this coin program has become an annual feature – as the varying designs keep collectors and investors on edge, awaiting the next release anxiously. Currently, the Perth Mint is running the second series of this coin program – Lunar Series II. Each silver coin is crafted using 0.999+ fine silver, while the gold coin is struck using 0.9999 pure gold. Over the years, collecting every coin in this renowned series has become a hobby/passion for some, as it offers the dual benefits of expanding their precious metals portfolio, while obtaining coins with unique designs that are highly displayable.

The Platinum Koala Coins Program is Perth Mint’s only platinum coin series. Every coin is assigned a face value, and is considered legal tender in Australia. In fact, along with the American Platinum Eagle Coins, Platinum Koalas are among the oldest running platinum coin programs in the world. The obverses of these coins feature Queen Elizabeth II’s effigy. On the other hand, the reverse sides bear an image of a Koala – which varies every year. Platinum Koala Coins never attained the level of popularity in the USA that American Platinum Eagles enjoy. However, that is largely due to the fact that they haven’t been advertised in the US much. Nonetheless, these Platinum Koalas are becoming increasingly popular, as investors realize the importance of diversifying precious metals portfolios with precious metals other than gold and silver.

If you are looking at investing in Perth Mint precious metals, then you'll probably want to keep an eye on precious metals prices. We make that easy for your here: Gold Prices, Silver Prices, Platinum Prices