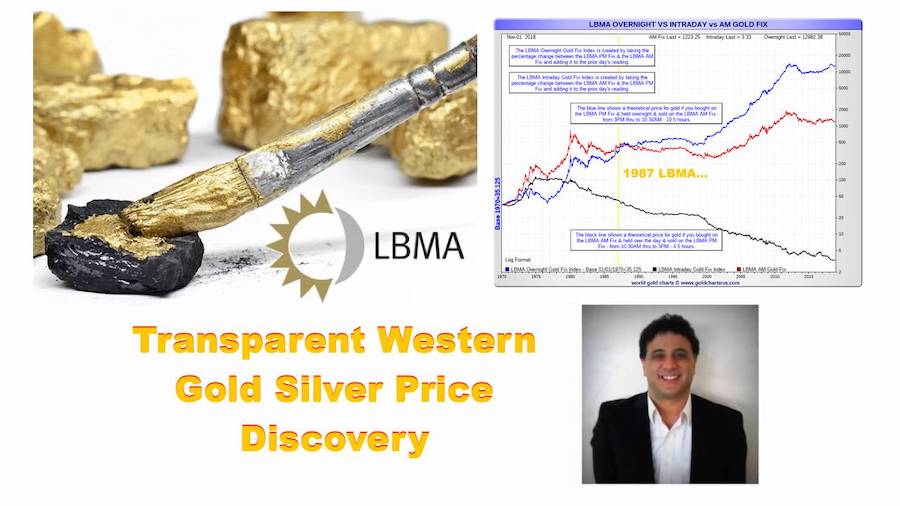 Gold and silver markets in US dollar terms moved sideways this week. The gold price looks to be settling around the $1,235 US dollar per troy oz level, while the silver spot price gained a few cents closing just over $14.80 per troy ounce.

In this episode, we'll blow some mathematical holes through the LBMA gold transparency push. As well, with the general western world silver price containment machinations which, judging by the long term price data, have often been effective from the 1980s up to today.

And too, we'll cover a gold related Executive Order signed by President Trump this week, as the US Treasury continues sanctioning the Venezuelan regime headed by dictator Nicolás Maduro.

This week's guest is Louis Cammarosano of Smaulgld.

Before we begin I'd like to point your attention to an interesting story ongoing with the London Bullion Market Association's public relations push for market transparency.

This week, the CEO of the LBMA, Ruth Crowell had a 6 minute Bloomberg radio interview revolving around their recent Global Precious Metals conference in Boston.

I am going to play this interview for you in full.

- The two Bloomberg radio interviewers you are about to hear, they begin with somewhat silly tones. You’ll hear a poorly landing joke attempt before Ms. Crowell can get off her talking points. What gets lost in the fray is whatever she was going to say about palladium prices. For those who do not know, there has been a severely shrunken palladium supply over the years, one reason for record palladium prices throughout 2018.

- In the interview Ms. Crowell mentions that for this year's conference she literally brought physical gold bullion bars. She states there are many LBMA conference attendees who have worked their entire careers trading gold derivatives amongst one another, yet have never actually physically touched a gold bullion bar. Perhaps the disconnect is indeed real.

- Miss Crowell also mentions that she has actually visited a gold mine, no not in Africa or South America, but in true Americana... Colorado.

In the following full fiat currency era chart, the blue line is what the gold price would be if you simply bought and sold daily, outside of LBMA price fix hours ($12,982.38 oz gold).

The red line is merely the ongoing gold spot price history over the same timeframe.

The black line represents the what the gold price would be if you simply bought and held daily, inside of LBMA price fix hours ($3.33 oz gold).

Note the gold line representing the 1987 LBMA start, and the tight correlation between low London gold prices vs mostly eastern trading hours from 1987 forward to today in late 2018. 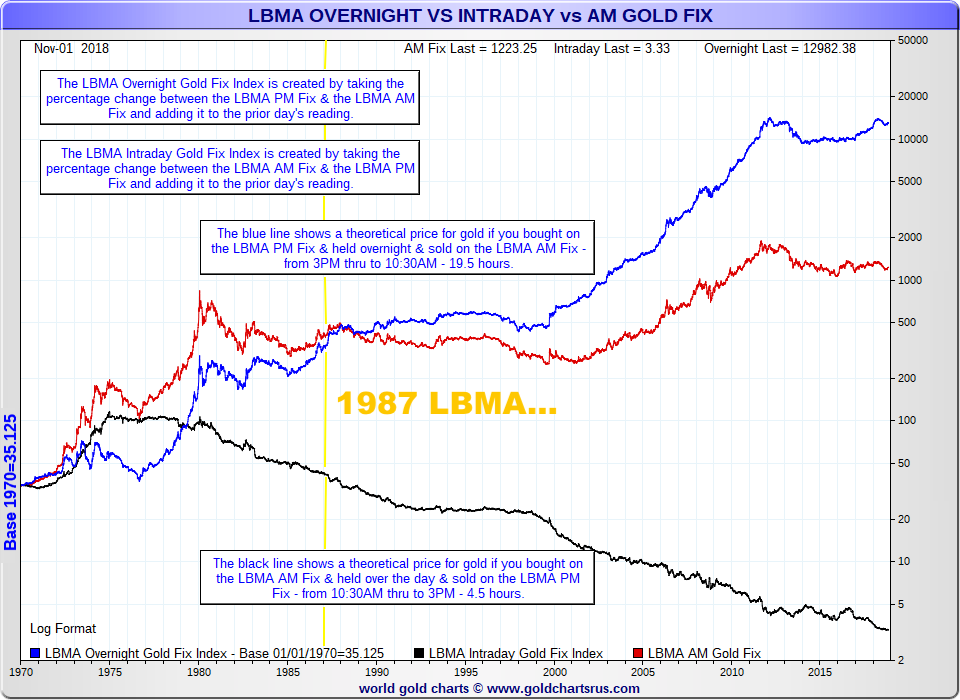 On the New York side of this story, it is interesting to note that western driven silver price containment almost broke out from 2006 to early 2008, and in 2011 as well.

If you had merely been trading silver 1970 to today, simply buying silver at the start of New York trading hours and selling at the close, you would be left with 37¢ oz silver similar to 1930s Great Depression level silver price points.

If you had merely traded silver in the opposite methodology you would have $75 oz silver over this full fiat currency era timeframe. 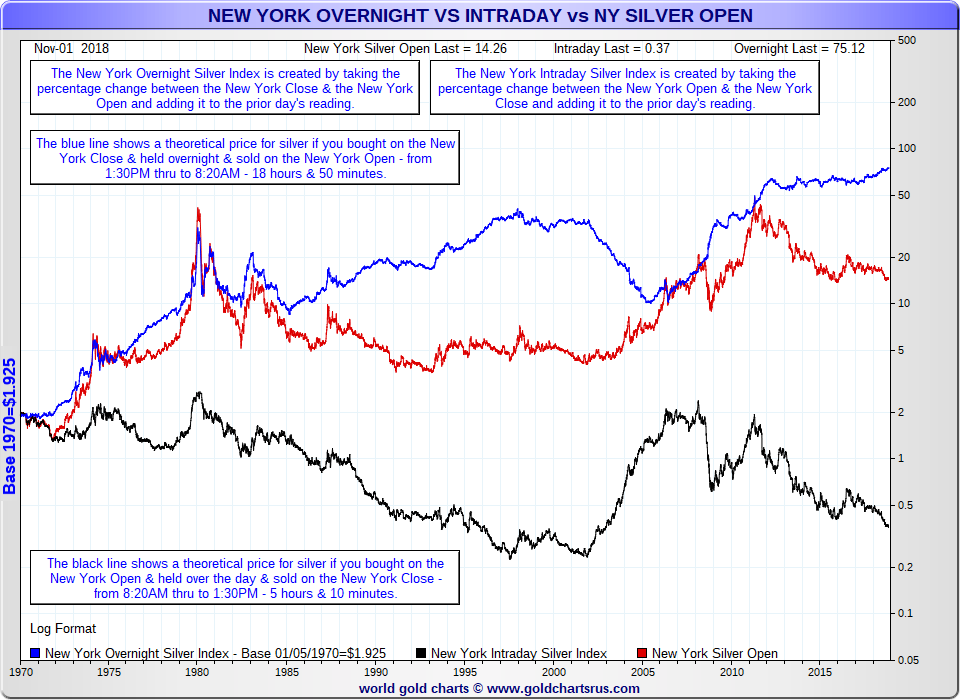 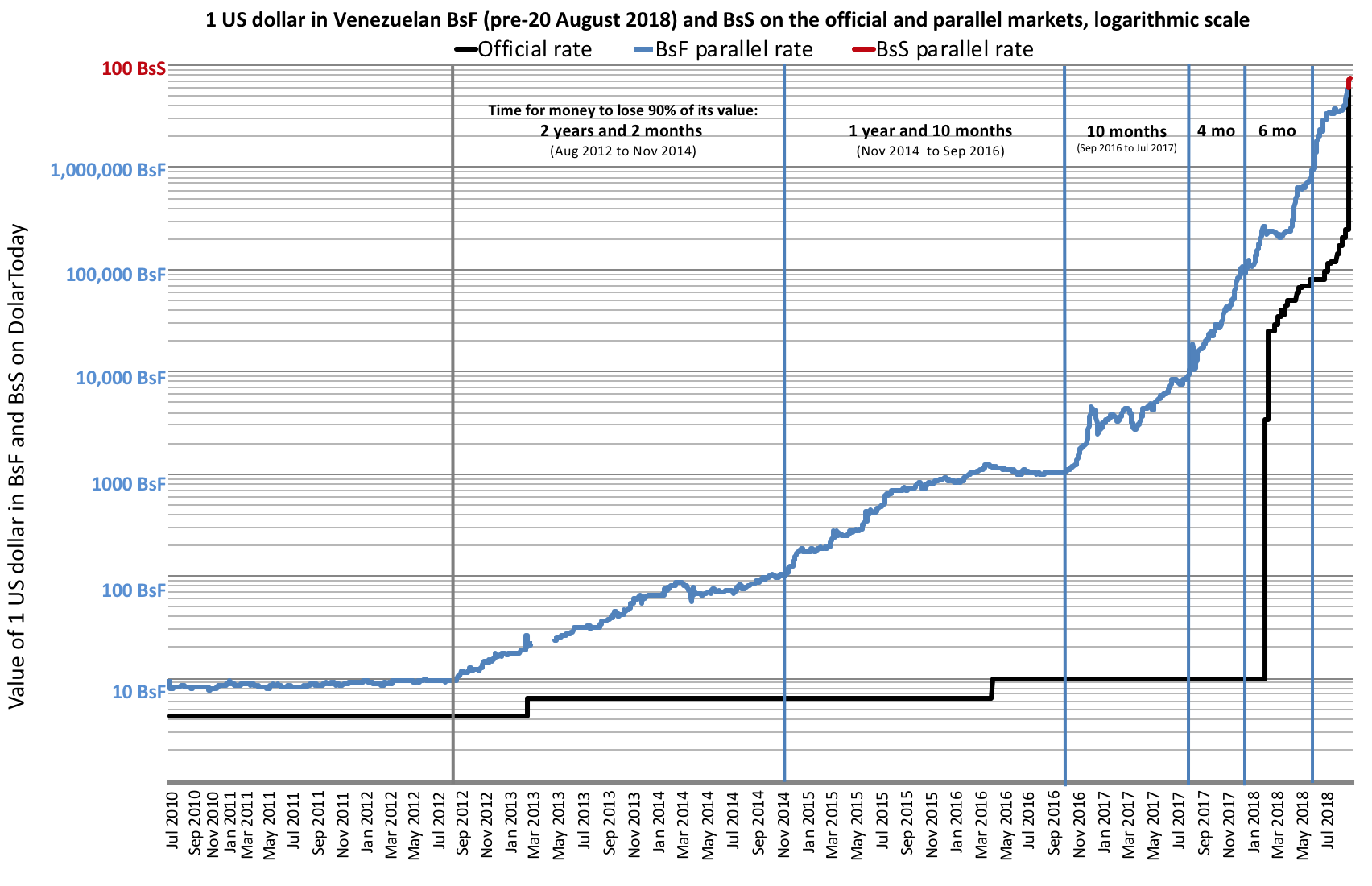 Lawsuit on the Venezuela Bolivar Money Machine for Insiders: SOURCE 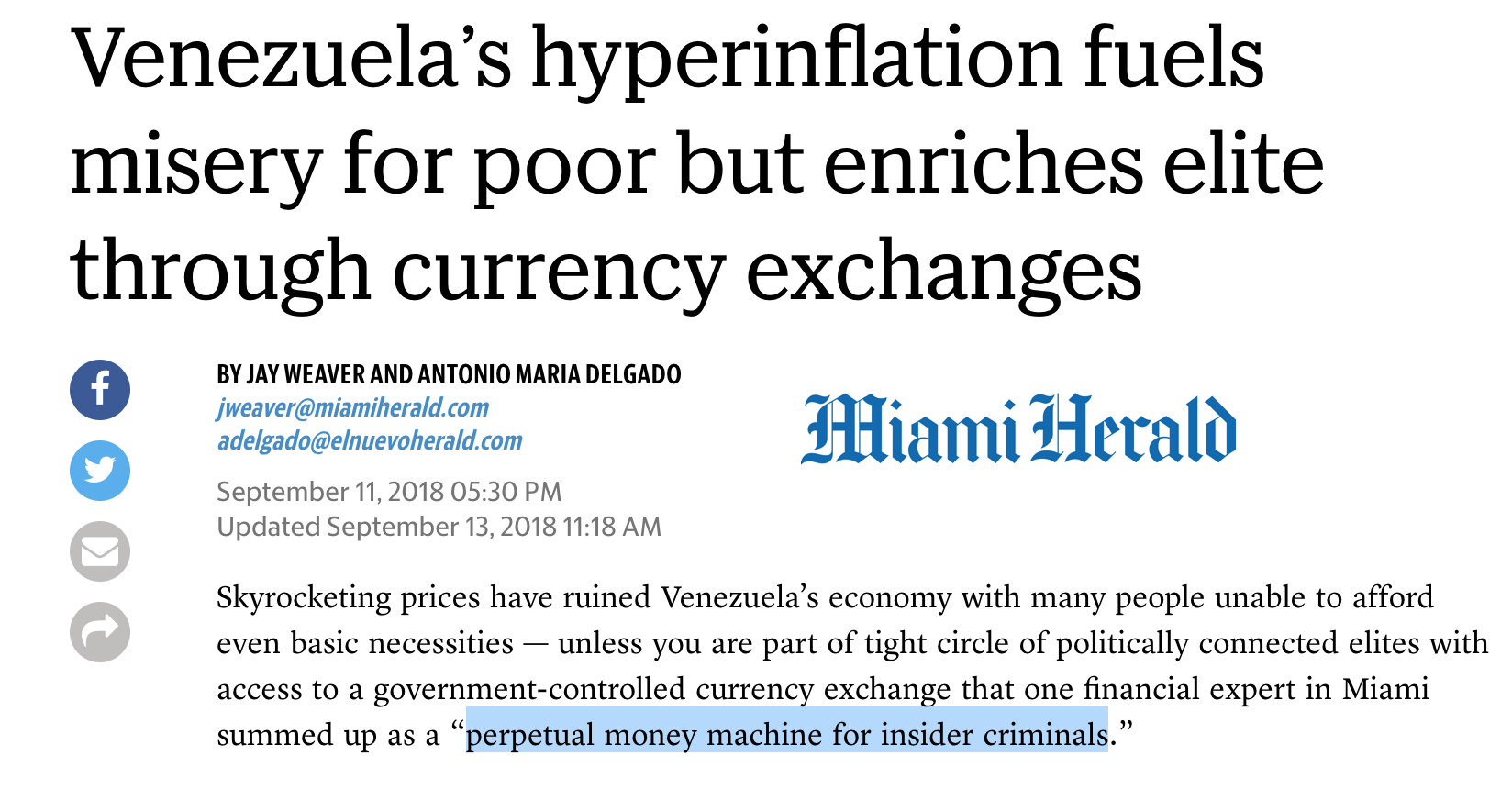 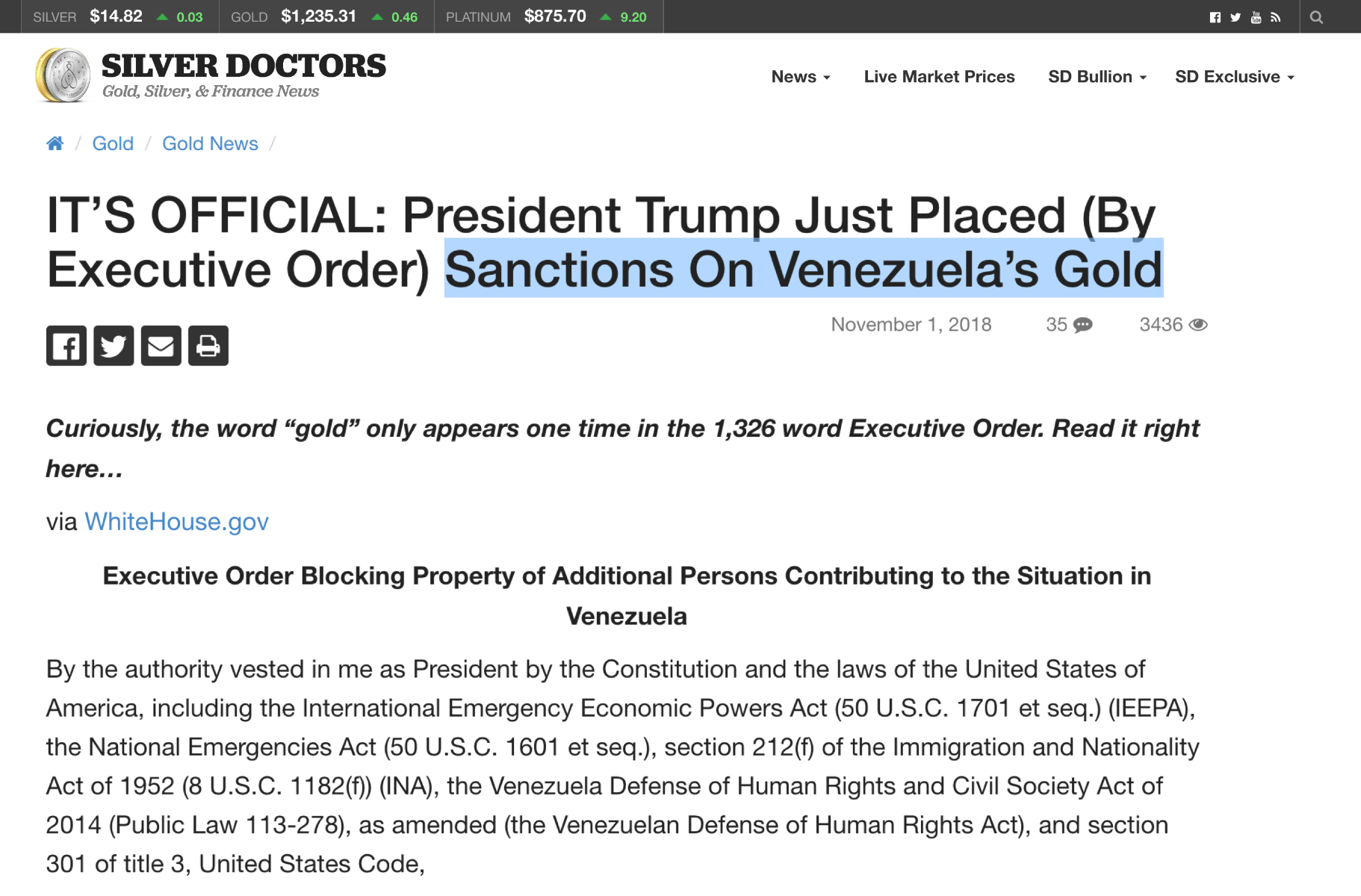