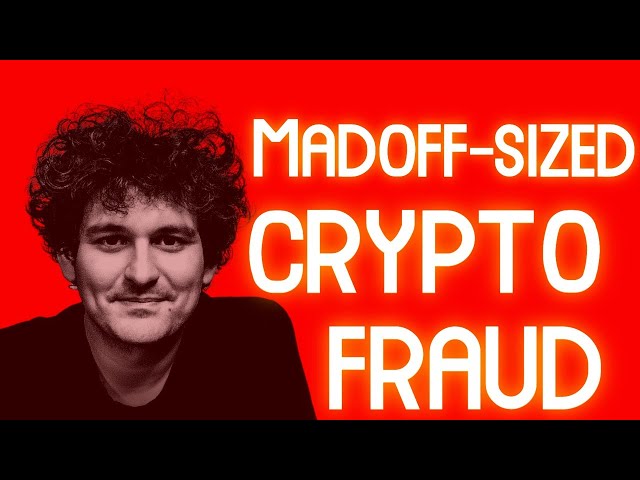 Last week, it was impossible not to stop and stare in awe at the still floating but sinking dumpster fire in the cryptocurrency market in 2022. As the second largest cryptocurrency exchange in the world, FTX imploded and filed for bankruptcy.

So to start this week's SD Bullion Market Update, let's unthread a bit about this train wreck starting from earlier this year.

This week, industry rumors injected on Twitter by the CEO of the world's still largest cryptocurrency exchange Binance helped collapse the FTX token's value by -72% within 48 hours.

Bankrupt FTX's now resigned CEO’s estimated net worth 'for charity' (of course), flash crashed to near nothing from an estimated $15 billion to begin this week.

Bankruptcy filings allege a balance sheet liability hole between FTX and the Alameda Research hedge fund, ranging from $10 to nearly $50 billion in size. The latter sum of losses rivals the record size losses of the famous for the wrong reasons, Bernie Madoff's Ponzi scheme.

There were 44 investors in FTX, and a complete listing of names involved in FTX funding rounds is coming up. But there are big Wall Street names that include supposed due diligence sharks like Blackrock, Tiger Global, Sequoia, and SoftBank.

Have a look and listen to the all-star cast gambling with FTX customer funds. Reportedly FTX had about $16 billion in customer assets. It lent more than half of its customer funds to its sister hedge fund Alameda.

Over $1.7 billion was raised by 44 investors for FTX, including the Ontario Teacher's Plan, which stands to lose significantly in this debacle (reportedly -$95 million in fiat US dollars of value lost).

Alameda also borrowed nearly $37 billion in the controversial "stablecoin" called Tether, basically 1/3rd of all, of which was primarily produced in the last year, 2021.

CEO Sam spoke to the US House Committee on Financial Services back in December 2021.

CEO Sam donated nearly $40 million of who knows whose capital to the Democratic Party. He had meetings with Gary Gensler of the SEC, and he made time to visit the CFTC in a now deleted tweet by the CFTC's Caroline Pham.

Crypto lender website BlockFi suspended client withdrawals this week. Some allege they have customer funds tied up in this FTX failure. I'm sure it'll work out (Pomp yelled rocketship, after all).

Moving attention to the world's still largest cryptocurrency exchange, Dan Olson tweets, "Binance desperately trying to contain the contagion of people realizing that every crypto company is double counting its own coin that it invented out of thin air as a real asset."

Bloomberg reports that almost half of the nearly $75 billion in customer tokens held currently at Binance, and almost half are Binance branded stable-coin and native coins.

So to review this week's crypto dumpster fire of alleged fraud, here is Nobody Special @JG_Nuke.

The silver and gold spot price markets steadily increased throughout this week's trading.

The spot silver price closed just under $22 an ounce, a significant nearby technical resistance level.

The gold spot price closed just over $1770 oz while the gold-silver ratio stayed relatively flat, closing the week at 81.

This past week, a slightly lower-than-expected government-produced price inflation figure came at 7.7%.

Various stocks and gold rose on the expectation that the fiat Fed's hiking cycles might be nearing an end. The fiat USD's relative value versus other competing fiat currency units slipped through the week's trading.

Many pointed to a CPI price inflation data rigging in the Health Insurance data input.

Of course, for decades running, the US government, like nearly all governments worldwide, has been underreporting ongoing price inflation data.

That said, an admitted inflation rate of 7.7% will more than halve the fiat currency's purchasing power within ten years.

While we have a bear market rally in the slowly deflating stock market bubble, investors should consider how stocks have performed following fiat Federal Reserve rate hiking cycle pivots.

Historically, there have been massive stock market sell offs in percentage terms ranging from -27 to -58% in the S&P 500 index since this full fiat currency era began in the 1970s.