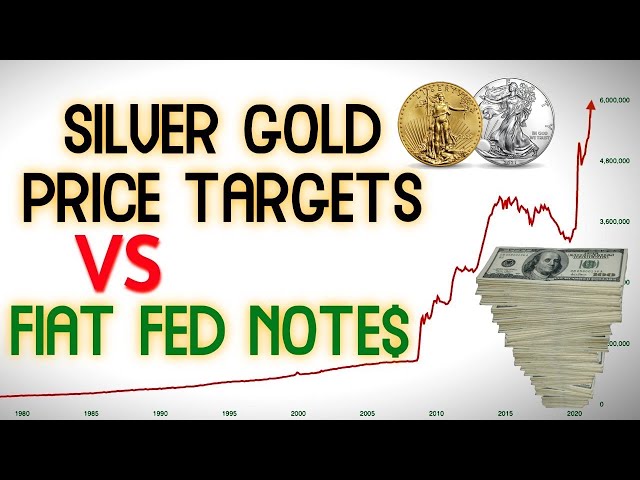 We begin this week with a Federal Reserve chart that illustrates the US fiat monetary base, the running total of fiat Federal Reserve note cash that is now in circulation.

The data was updated at the end of last March 2021, and there are now nearly $6 trillion of them issued.

Since the September 2019 REPO loan fiasco kicked off the fiat US dollar monetary base has again exploded, as your eyes can likely glean. The reported monetary base (M0) has now risen over 82% in only nineteen months through March 2021.

So we’re on pace to double the fiat cash note base by the month of September 2021. Only two years since the NY Federal Reserve had to step in and inject massive overnight REPO loan liquidity.

Stay tuned to the end of the video for those updated figures and see the google doc link in the show notes to see the data for yourself.

We will also hear from a multi-billionaire, how he is seeing this decade in terms of his life experience reminiscent of the stagflationary 1970s (Sam Zell is a real estate magnate who built much of his financial empire throughout this now near 50 year full fiat currency era)

Before we look ahead, let us begin with a quick trip back in time. Go back to the last era in which gold and silver bullion revalued sharply in response to mass fiat currency debasement.

In early January, 1971 the then US President Richard Nixon described himself as “now a Keynesian in economics.” By August 15th that same year his actions proved his words.

The temporary repeal of the post WW2 gold bullion backed Bretton Woods monetary is still ongoing. And here is quickly how it looked on our tell-a-visions in 1971.

Perhaps nothing is more permanent,

than even temporary suspensions, of

This week, multi-billionaire Sam Zell, explained that growing price inflation in the US and global economy is beginning to be reminiscent of the 1970s. Mr. Zell made much of his wealth in commercial and residential real estate during that stagflationary, slow growth and rising prices decade. Have a listen to his back and forth with Bloomberg anchor David Weston.

There is a repeating, near average lifetime long precedent, of official US gold reserves occasionally revaluing to cover over 40% of the outstanding fiat currency notes of then issuance. That is our conservative long term price target.

While it is simple arithmetic likely to again be born out, the road from here to there will most certainly get stranger and more volatile as time unfolds. No fiction writer is capable of dreaming what is coming to pass.

I will leave a public available google doc worksheet link in the comments and show notes below.

Go yourself to see the Gold Silver price Forecast data since our last update two months ago.

Our now updated long term gold silver fiat Federal Reserve note price projection, has a gold price target of now nearly $9,000 per troy ounce, and silver nearly at $300 per troy ounce based the gold silver ratio tightening down to 30, in such a bullion mania.

For long term savers and investors.

One could and we contend that one should take a prudent physical precious metals position.

Strap in, and brace for a wild ride ahead.

Thank you for watching and as always, take great care of yourselves and those you love.