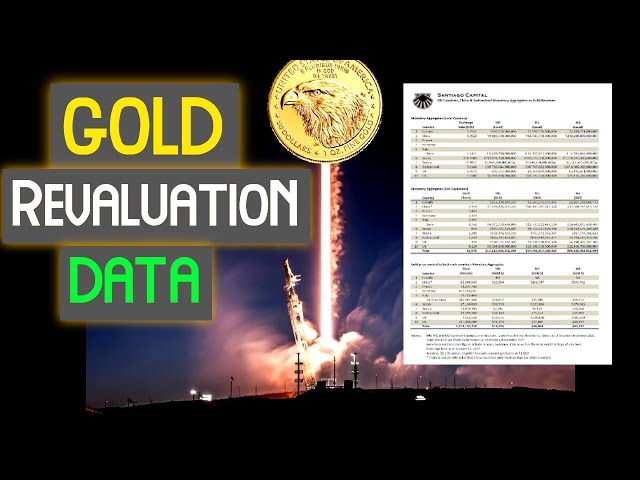 It has been a rough start for the US stock market in 2022.

We now see a significant trend violation that appears to be underway for the S&P500, which has been one of the worst performers in the first three weeks of this new year.

On a longer-term timeline, one only needs to look back at the highly inflationary eras following World War 2 and during the 1970s commodity boom to see where the S&P500 Gold ratio may be headed in this decade unfolding.

Currently, this ratio has fallen to about 2.4, but on a longer-term time horizon, it would not surprise us to see an era again where this ratio falls below 0.5.

QUESTION: by when will we get < 0.5 era again? https://t.co/xxlL3KOjpw pic.twitter.com/uipTp4XFZO

If that plays out akin to the last 2000 stock bubble into 2000s early 2010s commodity bull wealth transfer. We are looking at gold bullion outperforming the S&P500 by around five multiples in actual value performance.

Speaking of high inflationary regimes, in this week's SD Bullion Market Update, we're going to take a world tour of just how much fiat currency expansion has occurred over the last less than four years of time.

We will look at data covering the world's largest economies within the G8, Switzerland, and China.

We will use some of their current currency base data to surmise where the nominal gold price may be conservatively running. This current fiat financialized bubble-era will eventually run out of runway, and delusional confidence might again turn into panic selling and a secular bear market in absolute value terms.

Another week of upside price climbs for silver and gold spot prices.

The gold spot price closed just above $1830 oz this week, while the silver spot price finished just over $24 per troy ounce.

We also saw the gold-silver ratio tighten substantially from near 80 to now 75.

Here is a longer-term look at this 21st Century secular bullion bull market, where gold has been consolidating for the last year and a half to time. Technically it appears poised to move beyond the cup and handle formation to new nominal price highs perhaps this year. Again, shortly we'll look at fiat currency creation data that speaks to that point.

This same over twenty-year chart for the silver spot price in fiat $USD.

Finally, have a look at the Gold-Silver Ratio chart beginning back in the late 1990s when Warren Buffett's Berkshire Hathaway went mega long silver bullion, driving the then GSR back down into the high 30s for a brief timeframe.

Note the show of strength for silver over gold’s price and value of late. Let's see if silver's relative strength continues in the weeks and months to come. Technically it looks like there is a lot of room to fall for this Gold Silver Ratio possibly.

Turning now to major central banks who have been increasingly buying gold reserves to the tune of over 5,500 metric tonnes since the 2008 Global Financial Crisis illustrated to them that the structural underpinnings of our fiat financialization era are not all that sound.

Perhaps no central bank has put the motive or drive for why central banks own gold bullion reserves better than the Dutch National Bank did in 2019, stating,

"Stocks, bonds, and other securities: there is risk in everything [...] if the whole system collapses, the gold stock provides collateral to start over. Gold gives confidence in the strength of central bank's balance sheet."

Well, judging by how much central bank balance sheet expansionism has gone on since the pandemic kicked off in early 2020. Central banks will likely need much higher gold prices to restore confidence in the strength of their ballooning balance sheets and high inflationary negative real yield bond market regimes.

This week, Brent Johnson of Santiago Capital published his update to global G8, Swiss, and China. And I took the time to go back and pull up one of his early 2018 updates to get a sense of the crazy fiat currency expansion that has gone on globally in just the last less than four years covered here.

We're going to use this data set to take w world tour in getting a sense of just how undervalued the significant economies of the world's official gold reserves are currently compared to their massively expanded fiat currency bases of late.

We'll begin with the two most prominent outliers in the data set.

First, we start with no Official Gold Reserve owning Canada.

Our neighbors to the north blew out their fiat M0 pile by a 4.5 multiple.

Again Canada is the only G8 nation that owns no Official Gold Reserves.

Moving now to the most staunch Official Gold Reserve stacker of this list, the Russian Federation currently has over 73 million ounces of gold bullion in reserves officially. The nation is also on the cusp of becoming the world's largest gold produced this decade. Since the pandemic hit, it has been relatively conservative in its fiat currency expansionism, only requiring a fiat US dollar gold price of $2,295 oz to theoretically back its fiat M0 ruble pile fully by its Official Gold Reserves.

No one in this current list comes even close to that level.

Moving on now to China, a nation widely believed to be underreporting her official gold reserve by a factor of about tenfold.

Even if it were to publish massive gold reserves, a nation with a closed capital account, the sheer size of its fiat M2 supply growth calls for much higher yuan gold prices to come.

The largest collective gold reserve holding bloc of the bunch is the joint European Union, which has blown out their fiat M0 euro pile, nearly doubling it in the last almost four years.

You can see how far away they have already moved from the old 2011 gold price highs. Expect more to come.

Next, we go onwards, to the land of the rising sun, Japan. Their fiat M1 pile has grown the most in percentage terms in the last four years. You can also see a 40-year cup and handle breakout is about to begin.

Switzerland has expanded its fiat M0 pile by nearly fifty percent in the last four years, which was the final currency to lose its backing to official gold reserves. We see a similar cup and handle formation on their long-term gold price chart.

Second, to last, we have the United Kingdom, the world's dominant reserve currency before the fiat US dollar took over after the Great Depression and World War 2. They have blown out their fiat fund M2 pile by nearly half the last four years.

Finally, we finish this chart and data run with the USA. Who blew out its fiat M1 pile by adding savings accounts and money market funds ruing incites there. But just look at how much both the fiat M0 and fiat M2 have ballooned since.

The fiat USD gold price has been up only about 38% since early 2018. Yet the fiat currency expansionism has well outpaced that, often by many multiples.

Embedded in the tweet above are the complete data sets we used here.

Brent often finishes the data set by showing how high a fiat US dollar gold price would be required by each nation to back their M0 M1 & M2 issuances outstanding officially.

Of course, it is doubtful we will go from full fiat currency regimes to full gold-backed versions.

I took the data and made a more conservative estimate for 40% coverages of outstanding fiat M0 supplies, leaving outlier Canada out of the calculation. And it comes to an average of nearly $8,500 oz gold price today to restore some credibility to the fiat currency supplies currently outstanding.

That long-term gold price target is in line with the one we have been updating regularly for the last two years using the rapidly expanding fiat M0 pile (How High Will Gold & Silver Price Go?).

The world's major central banks have rapidly expanded their fiat currency bases at rates and sizes never before seen. It is fiat currency supply expansion that, over the long term, drives the gold price, silver price, and most importantly, their respective values higher.

Last time we had this much DEBT
to write off, a much different situationhttps://t.co/kyPRlwopXH https://t.co/2cM7vDY6sp pic.twitter.com/eK7fOUOvD4

Get yourselves positioned now, not later, to be on the right side of this coming wealth transfer.