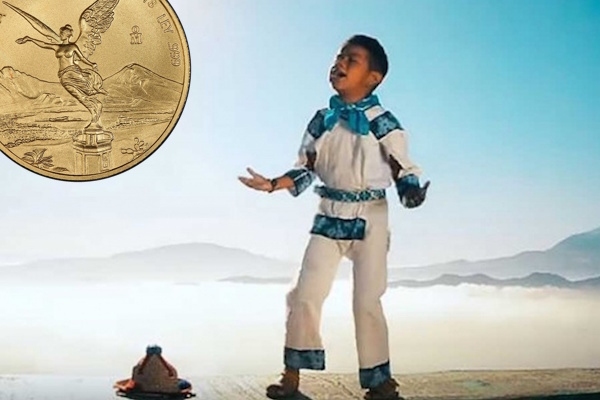 This week, new bullion Mexican Gold Libertad Coins went on sale and this post is a bit about our fellow brethren and sistren striking bullion in the heart of Mexico City.

A tradition as deep and rich as most of our family history’s on these North American lands.

Many coin aficionados are quick to point out that the Mexican Mint or Casa de Moneda is the oldest, still functioning mint on this side of the world (part of Spanish conquistador history).

Mexican silver real coins (pieces of eight) were a dominant reserve currency worldwide, from the 18th to the 19th Century.

These Spanish Mexican silver coins pictured below, were also in heavy circulation before and after the founding of the United States of America (1776). 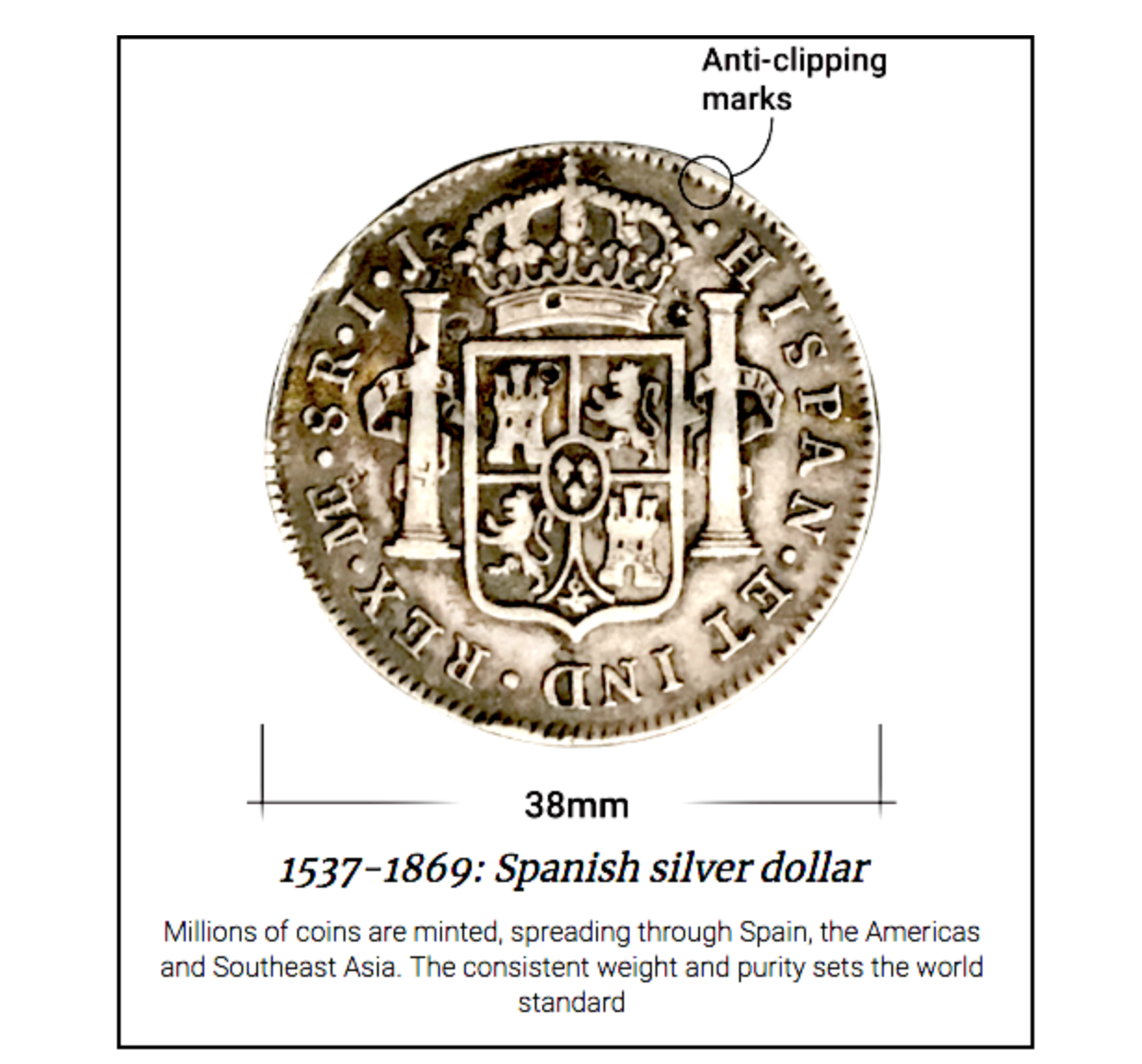 Simultaneously both South American and Mexican struck silver literally finished off the full start of globalization facilitating trade from west to east and vice versa.

These same silver coins struck in Mexico also became the basis for the then Chinese yuan, Japanese yen, and various currencies of Hong Kong.

Literally Mexican silver coins are one of the reasons we still today call fiat Federal Reserve Notes ‘dollars’ even though there is little precious about those fiat bills of exchange today.

Kind of similar to hundreds of millions of Spanish speakers still asking one another, ¿Si tu tienes plata? Basically, asking if you have any silver literally, or money figuratively.

Never mind that virtually no one has any bullion. Most North Americans, are blessed to even have any fiat savings at the moment.

Heralding a diverse culture, history, and with an enduring legacy of being the one of the world’s largest silver miners for centuries.

Throw in the fact that millions of older living citizens endured overnight Mexican peso devaluations in 1994.

Now have a look at Mexico's local fiat currency vs bullion charts like these below.

Well, you might think that the average United Mexican State citizen would be bullion crazy by now. 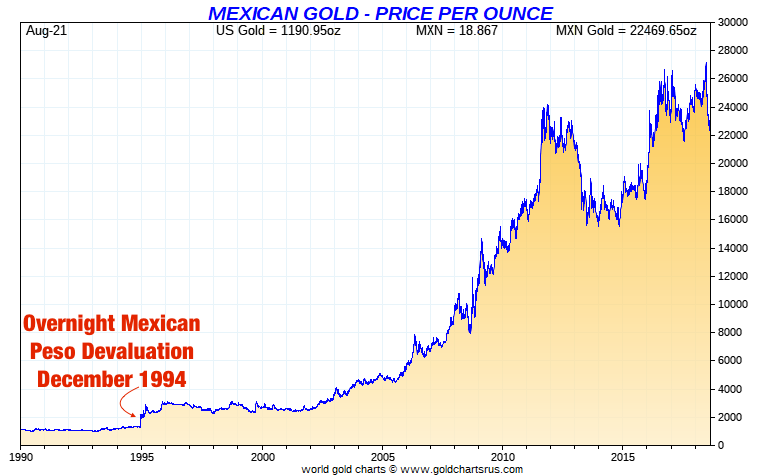 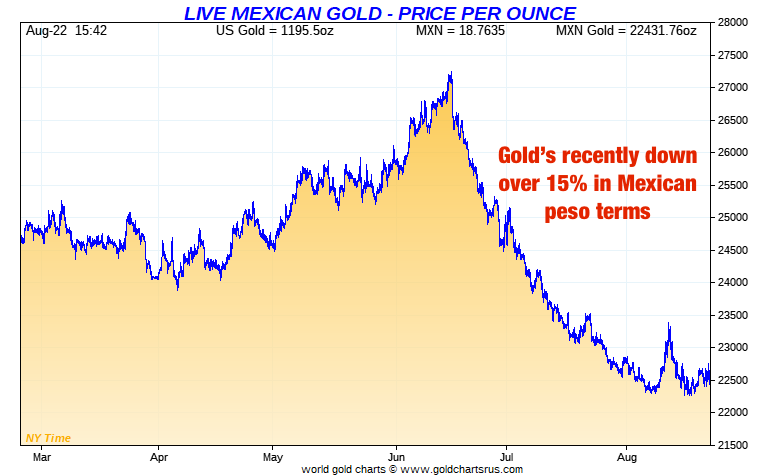 Not so, Mexican citizens are not bullion buyers in mass.

Instead of banging down the doors of their Banco de Mexico and respective Casa de Moneda for precious savings which won’t lose purchasing power over time. Typical very wealthy Mexicans are like similar well-heeled gringos up north.

But there are in small number, some rare Mexican bullion stackers (perhaps the slang could be 'apileros').

You may not know, but in limited quantities, Banco Azteca and other Mexican banks actually sell Silver Mexican Libertad coins over the counter direct for pesos ‘en effectivo’ or for what we gringos call cash.

The following video titled “Precio Banco Azteca Onza” which basically translates to “Price per Ounce Bank Azteca” is only about a 1/2 year old, yet it already has over 130k views.

Looks like the guy in this clip, bought this 1 oz Silver Libertad Coin on March 4, 2018 at $376 pesos while local silver spot was just over $310 pesos per ounce of silver.

Sounds like he's a coin collector looking to own each and every year's issuance.

Why should Mexicans also be stacking silver as well as gold?

The long term trend is clear for silver vs fiat Mexican pesos.

Having an allocation to bullion is not just common sense. It's mathematically proven to be prudent.

Pesos, like all fiat currencies, lose value to bullion over the long term. 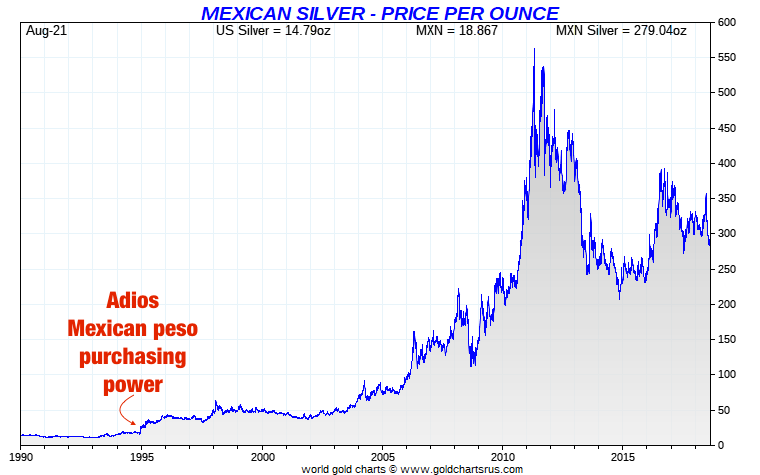 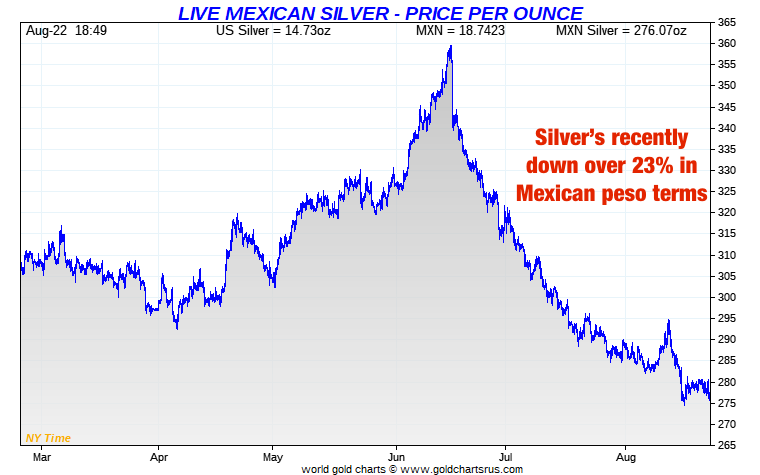 Yet like bullion valued in US dollars, the price for gold and silver over the last few months has fallen in Mexico as well.

Of course, the disparity of wealth in Mexico is often wider when compared to other emerging and especially developed nations.

Perhaps partly due to the middle 1990s NAFTA agreements, Mexico’s middle class has been growing over the past few decades.

Yet on paper, our growing US oligarchy still dwarfs Mexico’s in scope and size ( USA, USA, USA ).

This silver remonetization campaign is still ongoing in Mexico today.

The final part of this pro-plata (silver) TV spot below should make you smile too.

I don't know the actress nor her works, but her closing of this ad is top notch ( e.g. hear that ending sound effect, see the shiny lens flares, ¡What emotion! ).

One of the main reasons that coin collectors and bullion stackers choose Mexican Libertad coins over others is because of their often limited populations or mintages.

Especially when compared to some of the most highly sold government bullion coins issued elsewhere, Mexican Libertad coins are pretty damn rare.

Coin collectors often seek out and buy low mintage coins, often in the hopes that their rarity will bolster the limited coin's collectibility premiums and higher prices later on.

This is but one reason why the release of Mexican Libertad bullion coins are so highly anticipated by coin collectors each and every year.

In other words, there have been more than 30Xs the 1 ounce American Silver Eagle coins sold versus the 1 ounce Mexican Silver Libertad bullion coins over the last decade.

In other words, there have been more than 200Xs the 1 ounce American Gold Eagle coins sold versus the 1 ounce Mexican Libertad gold bullion coins over the last decade.

You can see for yourself, this year’s Mexican gold coin mintage will be limited as per usual. Only 2,050 struck of the 1 oz versions. There are also limited fractional sized versions as well.

Regardless of where in the world you reside, if you are buying gold bullion at these recently lower spot prices, limited issued Mexican Libertad coins are a universally rare shrewd play.

Get your Mexican Libertad Gold Coins at the cheapest prices available.