Here we quickly review the last 500 years of the world’s reserve currency history while taking both gold price history and silver price history into account.

The following chart shows that the last 5-dominate reserve currencies of the world have averaged about 94 years.

Most dominate historic reserve currencies were spread about the world by then empires of colonialization and more recent modern financialization.

Time will eventually give way to the next reserve currency domination via multipolar cryptocurrency technology and crypto conditioning. 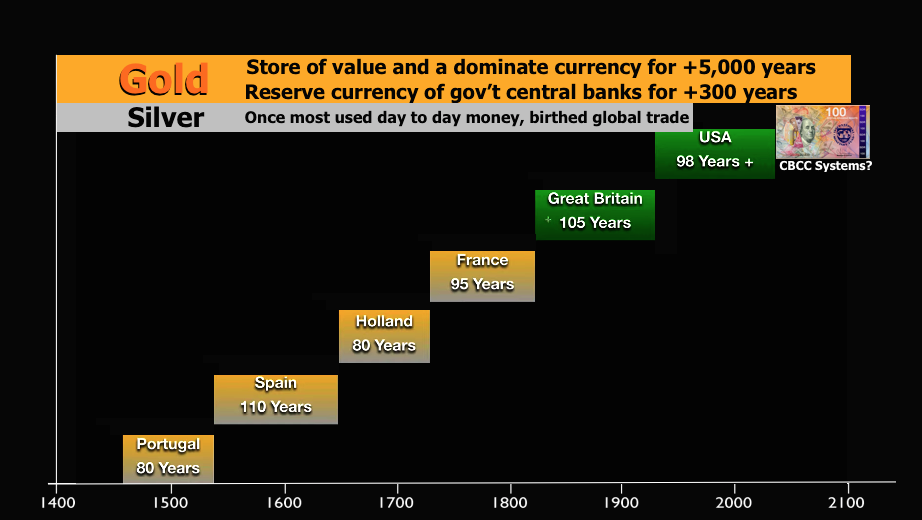 FURTHER STUDY: See a presentation for how and why Gold Bullion should have a role in the next monetary system.

Judging by the growing chorus of well respected central bankers like the Bank of England’s Mark Carney recently calling for passing out of the fiat US dollar as the world’s dominant reserve currency, instead of phasing in a more multipolar reserve currency system.

In his recent speech at the Jackson Hole monetary policy meeting in 2019, Mr. Carney suggested that the IMF could head up a new monetary system. One which would likely be a new dressed-up version of the fiat IMF SDR which has lost substantial purchasing power to both silver and gold since its 1968 inception. 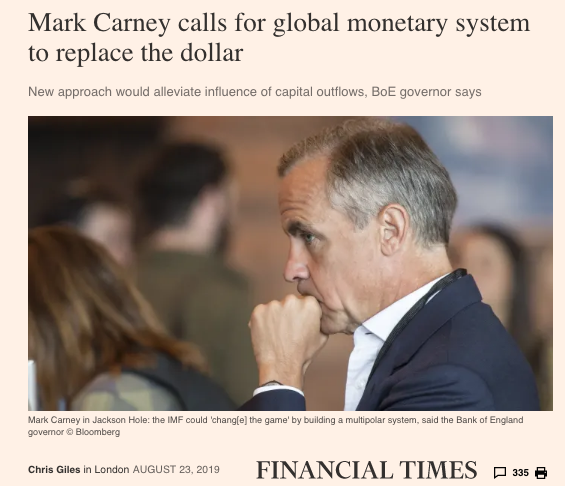 Backtested data and common sense reasoning for how fiat currencies all lose value over time to precious items suggest that investors should always consider allocating a percentage of their investment portfolios to physical gold, silver, and other precious metal bullion, especially while living under fully fiat reserve currency regimes.

Even JP Morgan bank has gotten in on the act of questioning the future dominance and fiat US dollar exorbitant privilege to date. Bullion stands to benefit versus the US dollar as it historically has before. 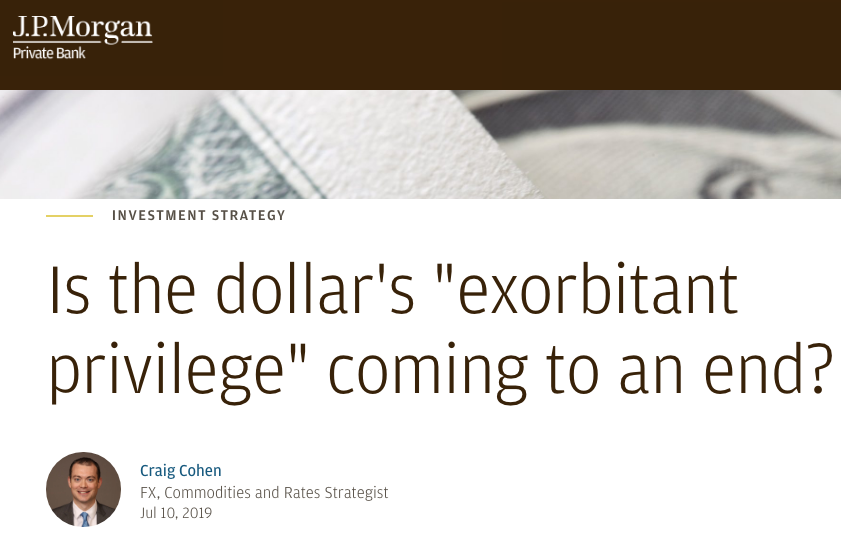 Virtually all major central banks are looking into potential implementations of their central bank cryptocurrencies (CBCC).

There has already been much discussion, whitepapers, and talking points regarding the futures of CDCC's like Fedcoin and CADcoin.

Now even China’s PBOC is announcing it is moving further in a cashless society direction.

Whatever the immediate reserve currency solutions ahead, we suggest you study the historical reasoning for why central banks are actively buying gold bullion for the long term.

Silver has also had a long history as transitional money among human beings. Perhaps too silver bullion will regain status as an investor reserve currency of long term savings, especially at these depressed fiat silver price points.

Gold bullion and other physical precious metals will remain valuable no matter what monetary system may come.

If you want to learn best practices for buying bullion and selling bullion, we suggest picking up our free SD Bullion Guide right now.