The Next Monetary System

Over the last 2 centuries alone, the world has seen monetary system rules change every 30 to 40 years. We are overdue for a new set of monetary rules and a structural change in the financial system.

In international financial history, generally the nation state who has held the largest gold and silver hoards became the leading international reserve currency of the world.

Generally the 5 phases of empire play out and the historic monetary power baton has been passed onwards to the next emerging regime and eventual empire.

The clock ticks on the USA’s sole hegemonic dominance achieved post WW2. Both in terms of monetary and military might, things in time change more than most realize. 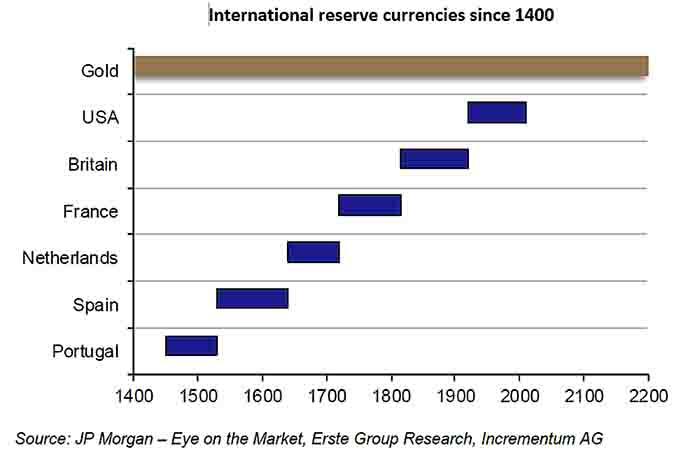 Structurally in the last few centuries, the global monetary system rules have changed every 40 years or so. We are now late in the Petrodollar system and its lifetime (1974-20??). The fiat US dollar’s sole dominance as a long term depreciating international reserve currency has most likely past its ultimate peak.

Our country’s +60% domination of world reserve currency reserves will most likely dwindle in the coming decades much like the former British pound sterling reserve currency status did before us.

Studying current and ongoing trends, the United States is now nearing a crossroads from being an essentially unipolar power in the later 20th Century to one amongst many others in the 21st Century.

Picture a more multipolar power sharing world amongst other emerging and developed economies like China, Russia, India, the EU, etc. 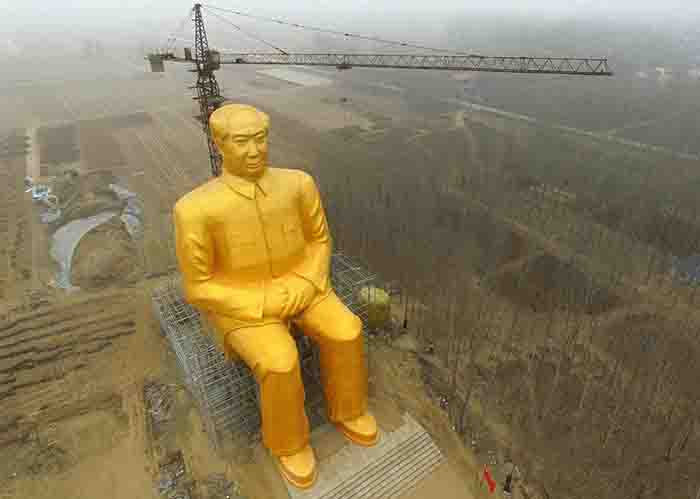 Critics love to point out how China has been aggressively building various ghost cities and other copycat oddities. Yet also, China has been pouring record amounts of capital into her infrastructure ( 2,3,4,5 ).

The Chinese are currently the world’s #1 oil and gold consumer and are on the cusp to begin crude oil price discovery in her own sovereign fiat currency (called the yuan also known locally as the renminbi).

It is rather reasonable to expect China to seek a larger influence on commodity price controls as we move further along into the 21st Century. Take a look at the share of commodities that China buys as she makes herself into a 21st Century, 1st world nation. 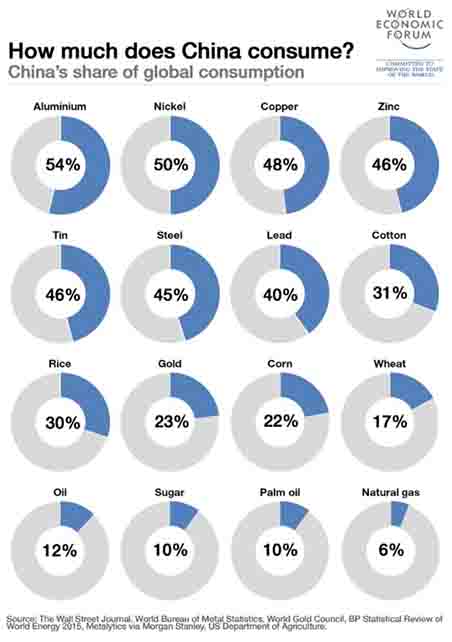 China, Russia, India, and many other Silk Road nations have also formed relatively new organizations to not only settle trade transactions in their own currencies (without US dollars, euros, etc.) but to also transfer hard physical commodities over land utilizing trains and pipes as opposed to ships (doing this helps her avoid almost all US military sea lane controls).

Contracts for certain commodities, oil being the largest, will growingly discontinue being denominated and settled by US dollars or euros alone.

Discussions of establishing a new single gold trading system for BRICS nations and other countries using bilateral contracts (no US dollars) is afoot as well. Expect the highly leveraged London / COMEX price mechanism to lose long term to the nations that actually have the physical gold (Chindia have about 1 out of every 5 ounces ever mined between themselves).

Given the chaos ongoing in the Middle East, and new great game political maneuvers (especially with China and Russia), it would not surprise many oil analysts to begin seeing Saudi Arabia close its long running petrodollar for US bond buying deal, and begin pricing some of her oil exports in other competing fiat currencies.

Could the eventual reinvesting of those future proceeds flow into other foreign issued bonds (perhaps IMF SDR bonds or even future gold-laced Chinese bond issuances ahead)? 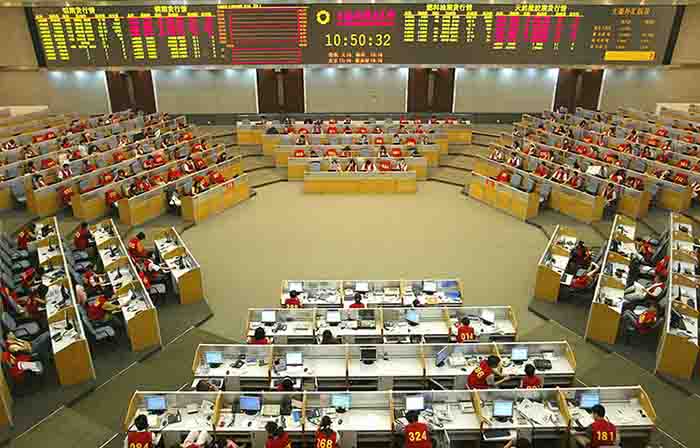 We may in time live in a world where the various prices for crude oil, critical commodities, and even gold become mostly swayed by Chinese and eastern demand. 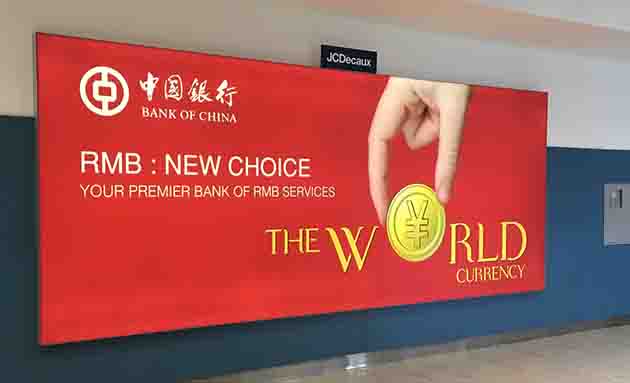 Expect the Chinese yuan to gain further prominence as the coming decades unfold, most likely after hard devaluations are made to their yet unknown state gold reserve holdings.

Liberalization of the Chinese economy is ongoing.

After the next financial crisis, the subsequent rules of the new global monetary system will likely be rejiggered yet again. The Chinese yuan renminbi’s role as a key currency in our future multipolar world will become much more obvious and clear.