Learn about some of the latest digital wealth creation application, price appreciations, trends, and what will surely last.

Within the past 10 years, there has been an explosion in the number of private digital cryptocurrencies now available.

The most popular cryptocurrency to date is Bitcoin (BTC). With 9 years in existence, it has recently reached a price above $19,500 USD per BTC.

With a starting price below 6¢ BTC in 2009, this marks a more than 325,000X return based on its price appreciation over this 9 year timeframe. An unprecedented historic price rise dwarfing Tulip manias, Mississippi bubbles, or virtually anything or any other financial mania one could name. 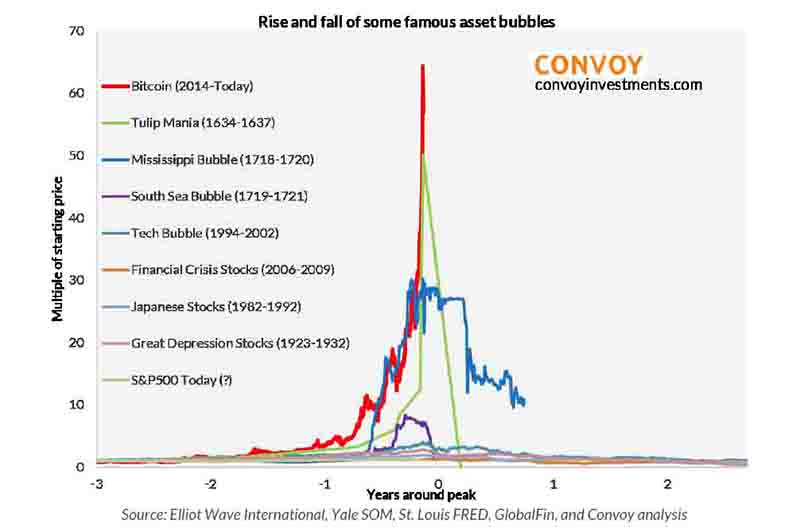 Different than any previous financial bubble, bitcoin’s adoption and price potential certainly could grow further as time goes on. Yet similar to other emergent technologies, you can expect better crypto mouse traps to be coming off the coding assembly line any month now.

But at present, growing energy usage for Bitcoin mining and processing alone appears entirely unsustainable. The scalability of Bitcoin for use as a day to day currency for payment is rather underwhelming. Not only is the currency taxed like property for any capital gains made, it is also currently dwarfed by both PayPal and VISA in terms of transactions per second capacities.

At the moment, Bitcoin’s explosive price rise appears to be a mix of fear, greed, increased adoption, price chasing, unregulated exchange trading fraud, and possibly highly leveraged FX traders chasing volatility. It will be interesting to see how it all plays out and how long BTC values can endure.

Cryptocurrency bulls and bears can be easily found virtually anywhere you look these days. Future price predictions range from total worthlessness to potentially 6 or 7 figure price ranges in USD per BTC.

Twitter is perhaps the most fervent source for their thoughts in real time. 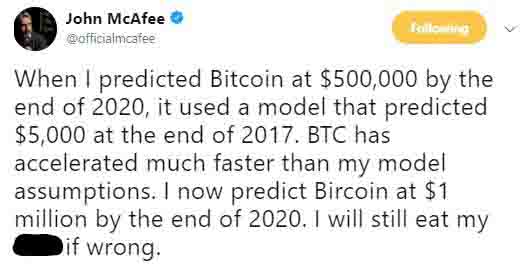 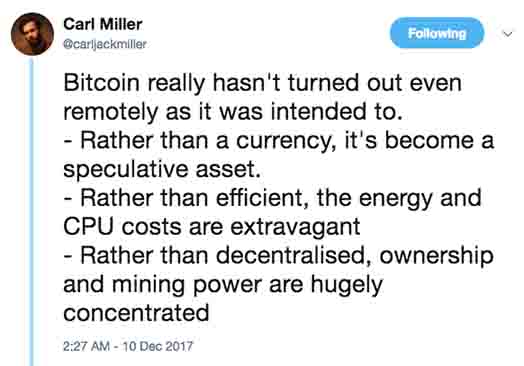 The current cryptocurrency phenomenon started making rounds and news in various corners of the internet during and after 2009. I know, I personally got them in my inbox.

By late 2014, there were 530 cryptocurrencies in existence according to CoinMarketCap.com with a then total market capitalization of $4.6 USD billion.

In just over the past 3 years, the number of cryptocurrencies available has now reached over 1,350 various offerings with a total market capitalization over $500 USD billion.

A more than doubling in total cryptocurrency offerings and some 100Xs multiple in total USD market value.

Most importantly BTC (bitcoin price appreciation attention) has helped to pierce the general zeitgeist in regards to discussions on money, credit, fiat currency, specie money, and cryptocurrencies in historical contexts. Questions like the following are being asked by more and more people every day: 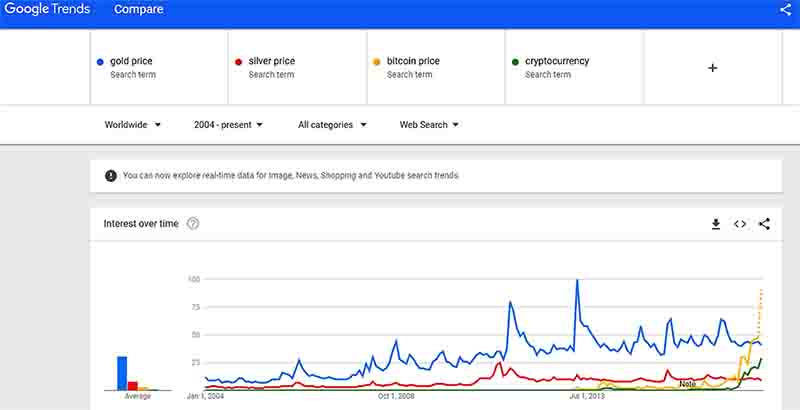 All central banks are acutely aware of the rise in cryptocurrencies as they now have reached a total market cap of $750 USD billion. Physical gold accounts for about $8 USD trillion, investment grade silver bullion supplies are conservatively estimated at about $70 USD billion in total value.

Although these amounts of capital sound large, they are all comparatively small sums in the over one USD quadrillion sized financial system ($1,000,000,000,000,000 USD). The current total cryptocurrency market value is less than 1 / 1,333th of conservative total notional values outstanding.

Yet don’t think for a minute that central banks and their government partners aren’t considering their own tax obliged legal tender cryptocurrency payment options for our future. Yet even for some former Federal Reserve advisers, a fully tracked ‘FedCoin’ remains a rather scary thought.

The following ‘money flower’ chart provided by the central bank of central banks, the Bank for International Settlements (BIS), shows the stem or source from which still alive and also other defunct currency proxies trace their roots from (physical precious metals).All central banks are acutely aware of the rise in cryptocurrencies as they now have reached a total market cap of $750 USD billion. Physical gold accounts for about $8 USD trillion, investment grade silver bullion supplies are conservatively estimated at about $70 USD billion in total value. 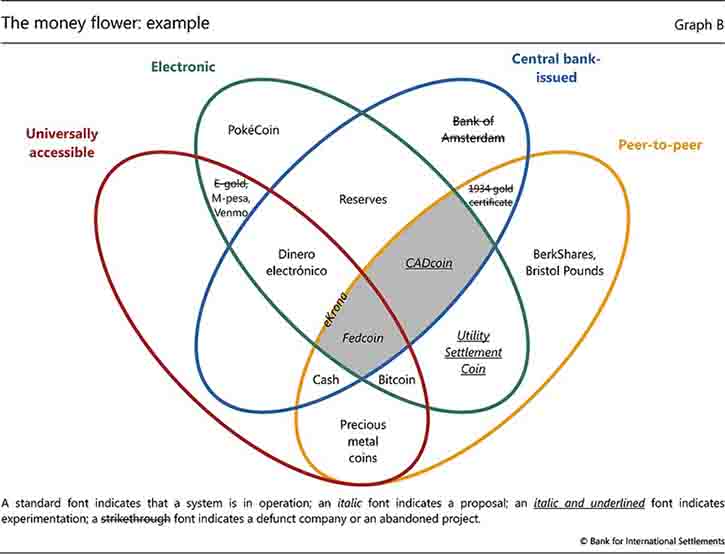 Like flowers, currencies may bud and bloom, but eventually they all fade and fall away.

The central bank of central banks (BIS) knows this truth all too well. No monetary proxy endures like physical bullion does. This is precisely why CBs buy and hoard about 20% of the gold ever mined.

Whether having the option to buy goods and services privately is important to you or not. The point here is the trend towards further digitalization and full tracking of currency and payment methods is for the most part speeding up.

Yet let us keep some recent historic perspective.

Past hyperbolic promises of paperless offices were also too, vastly exaggerated.

Common sense demands that human beings will always sustain some forms of both private and analog payment systems ready for use after natural disasters, breakdowns in internet services, or electronic infrastructure failures. Those living in Puerto Rico this year would most likely agree as physical cash notes were king, many cashless payment methods were and still remain problematic across the island.

Not only now nor merely in the near term, but for the long term sake of our progeny and species. We should push to find an equitable balance between convenient digital payment methodologies supplemented with physical analog monies and currencies. Each individual could possibly act as responsible central bankers once may have. Own some core reserves in physical bullion as well as responsibly maintained physical cash supplies in case of emergency.

One of the best ways to currently defend against cashless privacy invasions is also simply through physical cash ownership. Given the current record 5,000 year low interest rates ongoing, and the often hidden decrepit state of our ‘mark to model’ commercial banking and governmental systems, having a few months of physical cash hidden at home makes sound defensive sense.