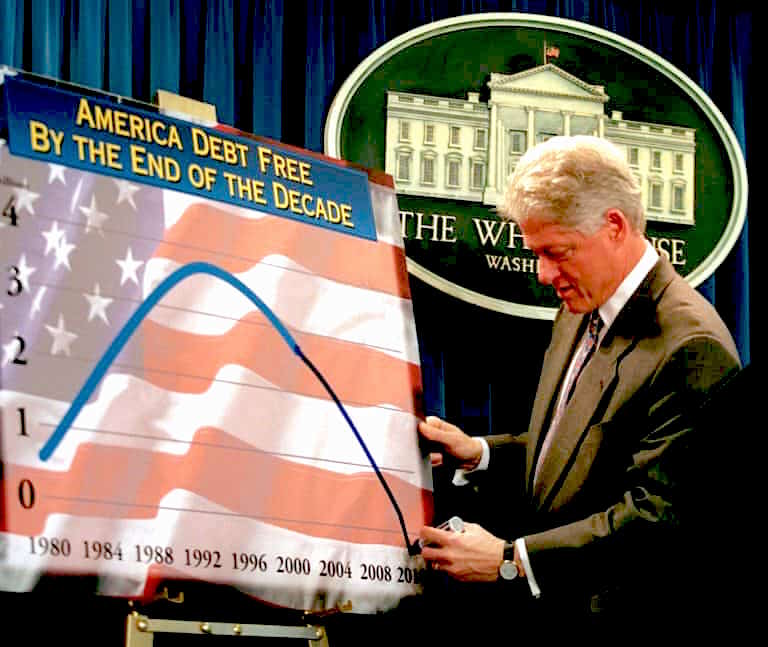 Unfunded Liability - (n) liability is a debt or obligation one party owes to other(s) some future date in time.

Debt gets commonly settled by payment or performance of a service.

An Unfunded Liability describes any liability, debt, mortgage, or obligation that one either does not have savings set aside for it.

NOTE - The US fiscal gap is estimated to currently have over $200 trillion USD of unfunded liabilities in net present value. History shows how this kind of record debt and unfunded liability situation gets paid off.

Real Transparency on US Unfunded Liabilities

Often we hear of the USA’s ever-growing $22 USD trillion debt which is a bit more than our nation’s annual gross domestic product.

This massive debt figure tells but a fraction of the actual current and future situation we face.

What often gets ignored by most are the much more significant, legally required, mostly unfunded payment liabilities ahead between:

Some expert estimates illustrate that the United States of Ameri(USA) has a current fiscal gap of about $210 USD trillion in net present value.

Such a debt is akin to a company making $200,000 USD per year before taxes are taken while owing over $2.1 USD million in future liabilities.

Of course, the big difference is that the US government has the ability to create fiat currency up to the point that the financial markets will tolerate it.

What do you think we will do long term? 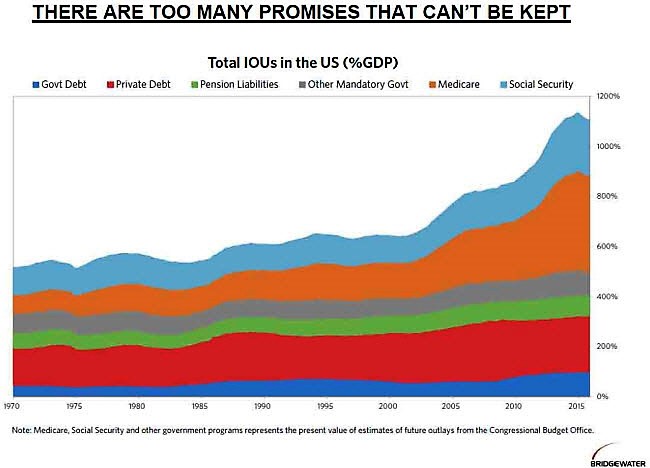 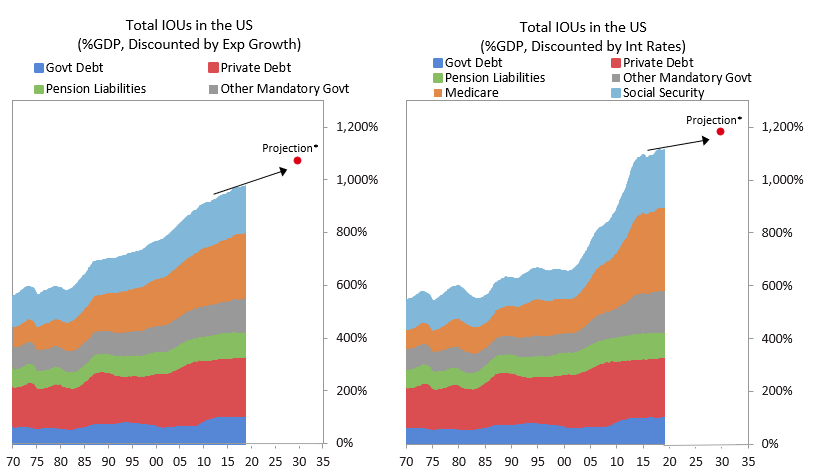 Our poor western baby-boomers demographics are not helping the situation either. About 1/4th of the USA’s population is made up of elder ‘baby boomers’ who are actively retiring at a clip of about 10,000 per day from the workforce.

Given the combined consistent loss of the US dollar’s purchasing power over the last 20 years and the virtually nonexistent growth of median incomes over the same timeframe, it’s difficult to foresee to whom in mass these retiring investors will sell their assets to help fund their retirements with. 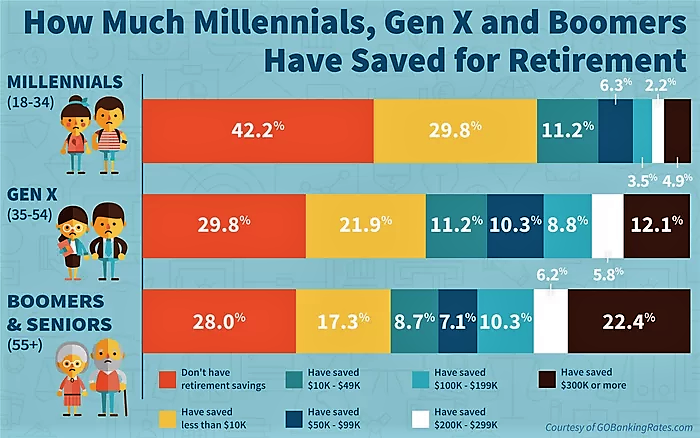 The US government continues to use cash basis accounting (non-GAAP). Their figures do not take into account the net present value of legally bound future liabilities (now estimated to be over $200 trillion USD in size).

Why talk of the USA having a balanced budget in 2001 was and will forever remain asinine. By SEC standards, if the US government were a publicly-traded company,  this particular episode could have likely been prosecuted as accounting fraud.

(Regardless of Political Parties Then, Now, or Ahead)

Governments who promise too much get ultimately left with a choice consisting of one of two inevitable outcomes.

Either continuous fiat currency purchasing debasement (we have that in spades), further debt expansion and borrowing (the world already has over $250 trillion in debt), or a deflationary depression and economic stagnation (pretty much describes the last decade) or possible collapse (hopefully not).

Ultimately vast government unfunded debts will either be defaulted upon or debased or perhaps and most likely a mix of both.

Average human confidence in the financial system and fiat currencies could falter drastically further, as cryptocurrency appreciations are perhaps forewarning.

If record-low currency velocity somehow sharply reverts for US dollars and gets out of hand, runaway purchasing power debasement would be just one of the results.

Based on demographic math and general aging investor ages in the west, the 2020s should become very volatile for interest rates, bonds, equities, currencies, and thus bullion valuations as well.

Politically this '3rd Rail' of political debate will have to be addressed at some point by responsible adults.

The question of how this gets ultimately resolved will likely be multiple decades of defaulting both on promises made and future fiat currency values to come.

Does deflation supposedly get you down?

How about some INSTANT INFLATION?

In 2016, bond salesman Harley Bassman made a general endgame solution for our current 'default or inflate' choice. If you know your gold price history, you will likely identify what Mr. Bassman was trying to communicate.

Harley made a "suggestion almost too outrageous to post under the PIMCO logo." He argued that the Federal Reserve could revalue gold by buying the American public's gold bullion at $5,000 oz USD.

The question, "after buying and perhaps even outlawing more than 5 oz of gold ownership per citizen, would the US government and central bank then turn around and devalue the US dollar some 70% further as they did in 1933 to 1934?

According to Santiago Capital fund's simple arithmetic below, a price of $5,000 oz is still too deflationary a gold price (1934 Great Depression price of gold at $35 oz was too low).

Today, given the record-sized debt burdens governments and their fiat currency bank system partners have allowed to build up we likely need a much higher price for gold to stabilize the financial system.

Most especially since the post-Nixon Shock with gold 1971, and our full fiat currency regime installation.

Take a gander yourself at the various fiat currency figures outstanding among 10 of the world's largest nations: 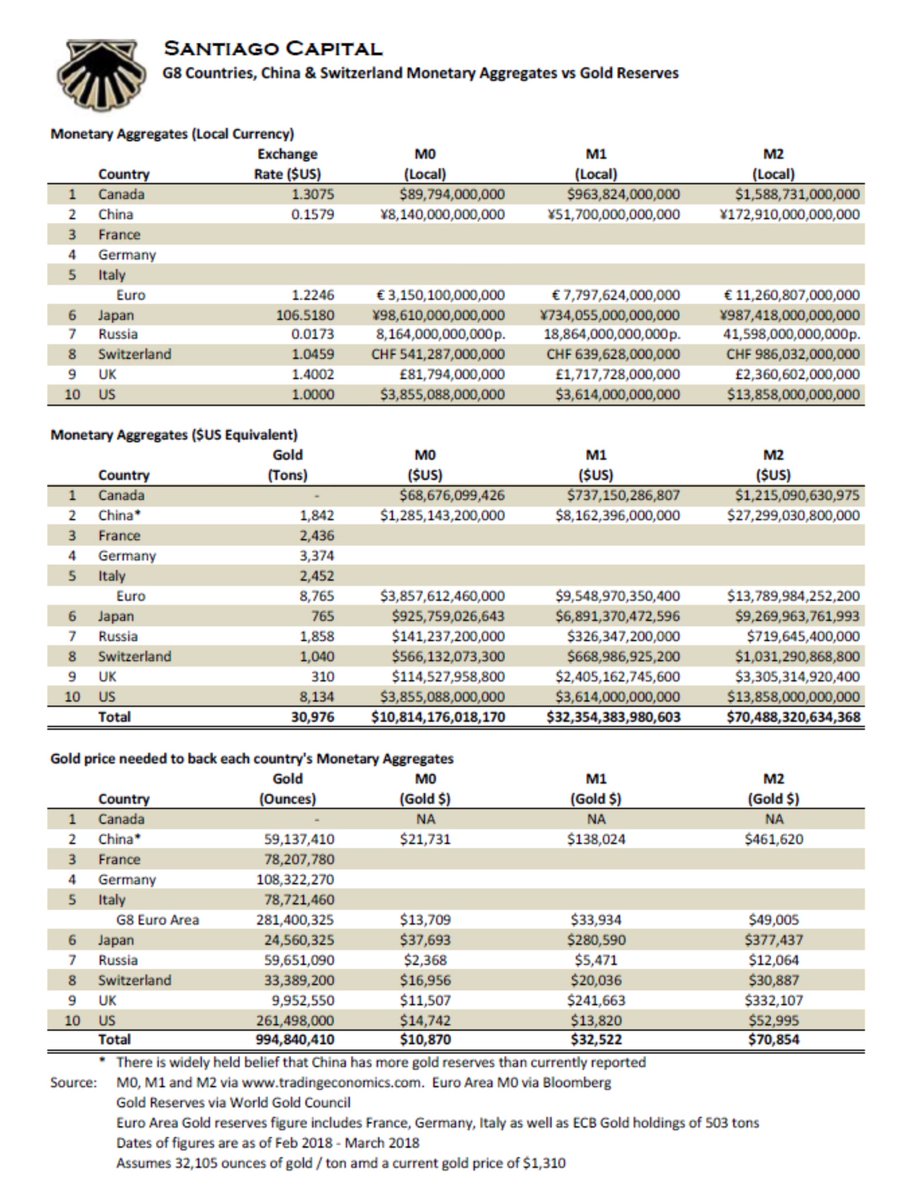 According to this data, in the United States alone, it currently is going to take a 5 figure or over $10,000 oz USD price for physical gold to clear this deflationary debt burden we have built.

Hopefully, the US Official Gold is actually still there.

Ironic too that mother Russia of all nations today, has the hardest gold-backed currency in issuance.

We are also likely not too far away from China officially moving their decimal place over one digit to the left, as she eventually comes clean with her record-breaking gold bullion buying over the past decade while likely defaulting on many of her records sized debts she has blown-out building her infrastructure over this same timeframe.

Perhaps we could look back at what some of our nation's forefathers warned us about.

Not merely at the onset of this nation's Constitutional creation, but even somewhat more recently, as we have already spent almost all the nationalized 1933 gold in the decades following World War II.

A partial methodology for how to best prepare for the eventual resolution of these world-record sized unfunded promises made is already mathematically proven and makes sound common sense.

A prudent bullion allocation for the coming retirement and pension crisis is worth serious consideration.