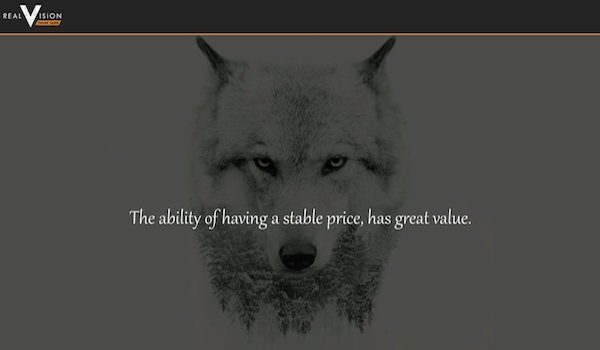 In terms of the next new monetary system, what is past may indeed be prologue.

One of the world’s most eloquent gold commentators, makes another excellent presentation on potential new monetary system changes to come.

Below we will backlink a way for you to see this thought provoking 40 minute presentation, but first we need to give you a bit of a background on the matter.

An ongoing contention remains that the financial system is unsustainably overleveraged right now. As we by now have likely passed $250 trillion USD debt levels worldwide.

The viability of the current financial and monetary system is increasingly coming under question. We are likely one more financial crisis from seeing real changes. Enter much gold standard ignorance.

When people or even recent presidential candidates talk about gold standards, they often do so inferring that they are by choice. While in fact history shows this not to be. Historic strict gold specie standards were often enacted to stop and protect against the hard lessons monetary maleficence can ultimately produce when left unchecked.

Bank and Financial Crisis are more common w/o Gold discipline

Judging by their actions and recurrent news headlines today, the current rules based global order is not working for many rising powers such as China, India, Russia, and other nations.

The new monetary system ‘rules of the game’ are more than likely going to be remade and reset perhaps sooner than most mainstream financial commentators, participants, and onlookers think.

Of course there have been many financial market commentators who have spoken aloud about IMF SDRs (Special Drawing Rights) as a proposed next monetary system solution. Hardly mentioned is that the original SDR was defined as a fraction or slightly less than 1 gram of gold.

When that didn't work out, the SDR composite currency index went full fiat debasing heavily versus bullion as per usual over time. The overall IMF SDR idea fell by the way side until its 2008-2009 comeback into the monetary and financial system conversation. Since that date, even some of its original architects have been claiming a coming debt crisis is what will indeed catapult the SDR into its future 'destined role'.

We even ourselves made videos on the matter in early 2015, which you can watch below. Note at the 5:32 mark, former World Bank head Robert Zoellick, prescribes gold’s involvement in the next monetary system.

The Bank for International Settlements and every central banker still knows full well that gold bullion remains the anchor of all currency proxies (this is why governments own about 1 in 5 oz of physical gold above ground). All currency proxies which have followed gold, have either already failed, are in route to destined future failures up and coming.

The video we embedded above was made just before the Chinese yuan renminbi currency was officially accepted into the IMF SDR ‘magic circle’ around the same point in time that China under declared her official People’s Bank of China gold reserves at a non boat rocking 1,658 tonnes (summer of 2015).

More than likely China has over 10,000 up to 20,000 tonnes of gold reserves, most of which have yet to be declared ‘officially’.

Slowly we move from a dominate US dollar reserve currency world. Perhaps some day, much more quickly, into a monetary world in which various parties have more of a say (Europe, Japan, China, Russia, India, etc.).

As many eastern nations and even EU members, now openly talk about building their financial sovereignty and firewalls ( i.e. further financial autonomy without unilateral SWIFT sanctions from the USA having as drastic of effects in the decades to come).

Perhaps in most of our lifetimes we will see a more multipolar monetary world. But again, most likely only after another major financial crisis which gives birth to it. From here to there, we are expecting major structural changes will come along with a major revaluing of all asset classes.

Especially with potential future financial crisis and deleveraging events where many unpayable debts are finally realized and written down or heavily debased upon.

Yet aside from the building financial folly surrounding us, there is also a historic and price stability case for why gold in the monetary sytem's future makes prudent sense as well.

The co-founder of Real Vision, Grant Williams, just made a presentation on this topic of gold and the after affects of worsening financial discipline since Nixon killed the US dollar’s final gold ties in 1971.

Discussed in Grant Williams' presentation, the following ideas are touched upon.

- The ability of having a stable price, has great value (for the mass of humanity).

- The most perfect currency based on price stability. One made not by humans, but by some of the most violent and rare events we know of.

- Commodities priced in fiat vs Gold over centuries.

- Why those living now are mostly clueless about gold standards.

- Alan Greenspan today and before his Federal Reserve tenure and actions double crossed his writings.

- The Cry Wolf phenomenon that Grant Williams, ourselves, and likely you might also resonate with at the moment.

- A bit on John Exter’s inverse gold pyramid. An illustration which shows how financial spill over and deleveraging crisis may flow from most to lowest counter party risk laden assets.

- The tight grown and growing correlation between increased fiat financialization & disparities in wealth.

- How people incorrectly presume Gold Standards come about ( as if by mere chance or random choice ).

- The disincentive for today's enriching and self-benefiting ‘establishment’ from bringing back some financial and gold discipline (w/o another financial crisis requiring its reestablishment by market forces or emergency decree).

- An analogy between the reintroduction of the Great Wolf to Yellowstone National Park and what the reintroduction of a gold based financial discipline could mean for increased financial competition (e.g. a future with a more broadly balanced economic well being for more people, one with more stable prices, and improved savings / property rights). 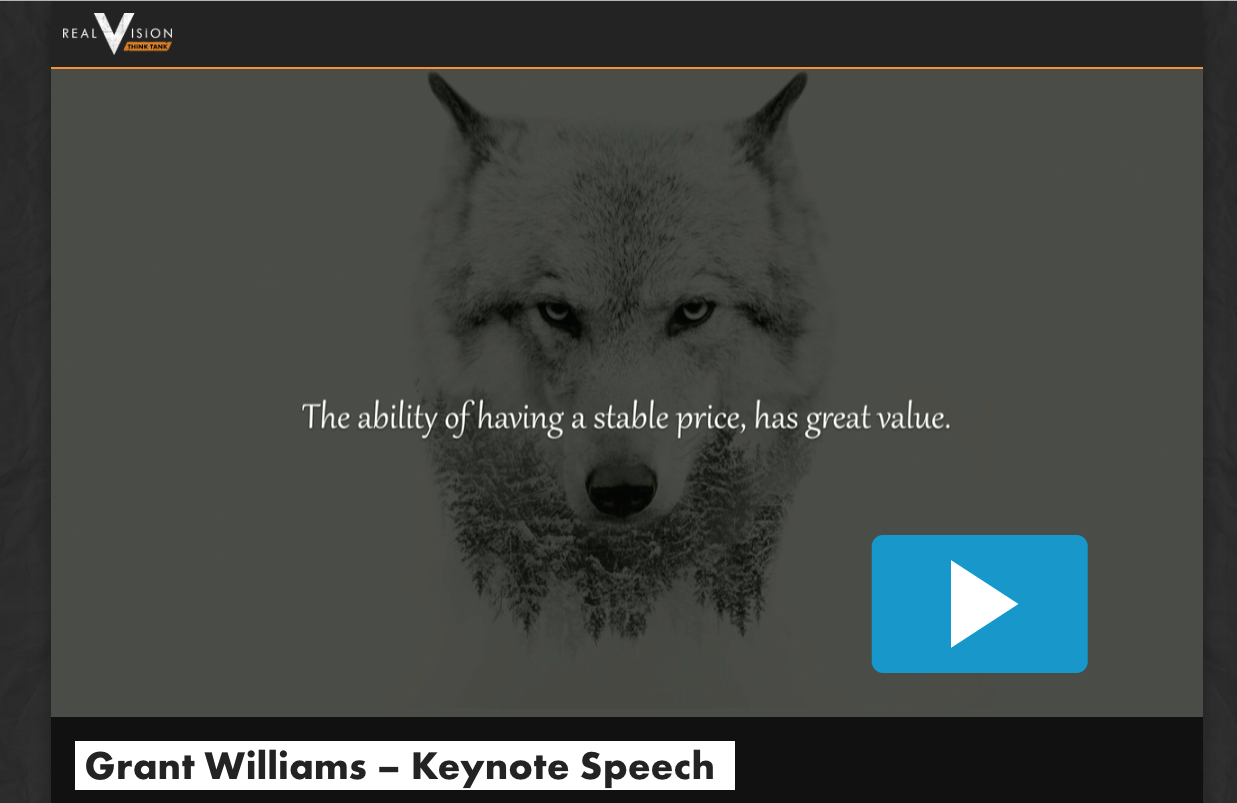 Take the time to watch this work. Grant makes a sound case for gold’s involvement in the next monetary and global financial rules based system to come.

There’s good reason our forefathers depended upon bullion as a safe store of value for millennia.

We should again consider redeploying its disciplined use in wisely revamping the next financial crisis to come.