Where is Palladium Found and Mined?

Palladium is a precious metal associated with the Platinum Group Metals.

Palladium is mostly commonly used in catalytic and automobile related industrial applications with about 80% of its demand derived from specifically car related manufacturing demand.

While the palladium price has outperformed virtually all other precious metals over the last few years, the percentage of investor demand for this physical precious metal remains small in comparison to relative silver or gold investment demand market shares.

Palladium along with other platinum group precious metals are deemed by the US government as being critical to both our national security and our economy. 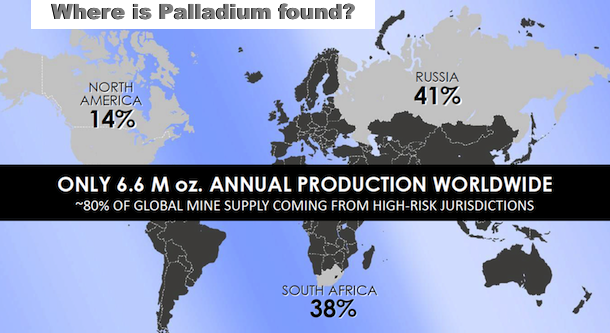 Where is Palladium Mined? 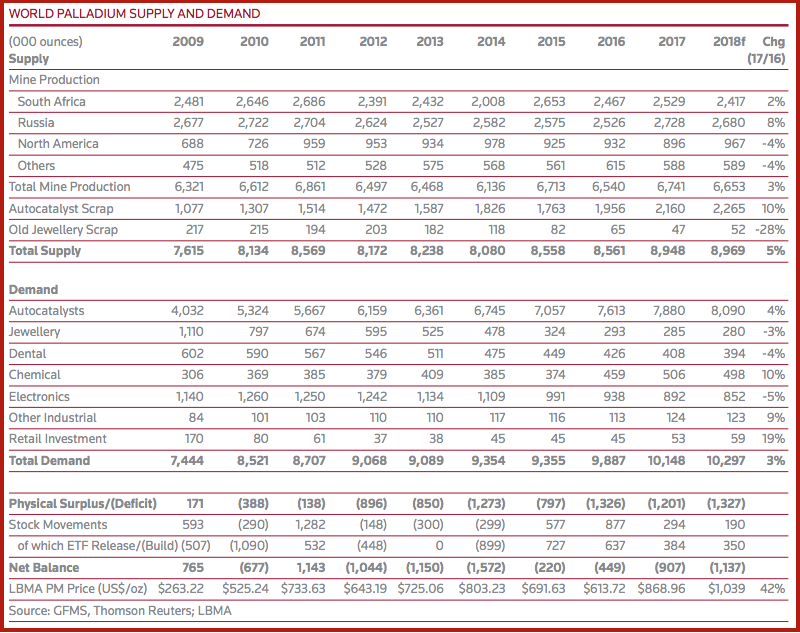 Supply disruptions and shortages of physical palladium metal, has often been the catalyst for sharp increases in palladium spot prices.

For example, late in the year 2000, a Russian palladium supply disruption helped incite a then all time palladium price record high of nearly $1,100 USD oz reached in the month of January 2001.

An ongoing downtrend in palladium bullion inventories is over one decade running. Physical palladium supply deficits have begun showing signs of affecting market liquidity and prices in recent years.

The palladium market may become more and more susceptible to bouts of inventory tightness if palladium supply deficits persist.

There have been moments in time when the price of palladium has been substantially higher than even the gold price (e.g. early 2001).