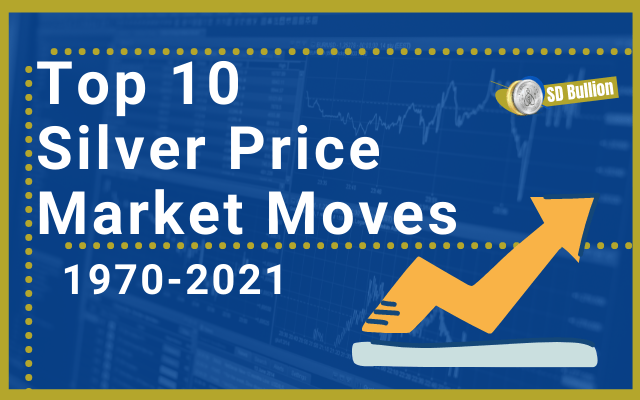 Silver has served human beings as a store of value and day-to-day transactional money for nearly all recorded human history. While gold bullion remains the backstop bedrock asset of government central banking, silver bullion is increasingly becoming the backstop for many retail and high net worth investors given its current superb fundamental industrial and investment drivers.

Given that silver prices have always been less expensive than gold prices, silver has had a much more practical use case for small everyday transactions.

Nobel Prize-winning economist Milton Friedman stated that silver’s role as money throughout history is more extensive than gold. Silver has perhaps circulated as a medium of exchange on a historic transactional basis, more so than maybe any currencies ever used by humanity.

To billions of people still, in 2022, ‘silver’ means money either literally or informally.

As flawed human-designed currency failures increase ahead. The speed of internet communications should help more people worldwide increasingly relearn what the most actual trusted historical sources of money have always been.

There's good reason 1 in 5 oz of #Gold ever mined
are held by gov't central banks. Every currency
derivative 'tulip' fades away in time.

The first recorded account of silver value rigging comes from the Ancient Egyptians over five thousand years ago. Egyptian pharaohs and temple priests prized gold and silver, often using them to beautify and help exert authority over the underclasses.

Historians also point out the first gold and silver exchange ratio came from Ancient Egypt. In 3,200 BC, Menes law established that one piece of gold should be equivalent to two and a half of silver, arguably the lowest recorded gold-silver ratio historically.

Greek and Roman empires played a significant role in further circulating what is a silver coin’s most historic use: sound payment for exchanging goods and services spanning many millennia.

Historically, whoever has had the most gold made the rules and were the then rulers. Those with the most silver were often the merchant class leaders who expanded trade.

Silver coins and silver bullion helped establish world trade and the globalization of goods starting in the 1500s. Once sailboat navigators learned how to make it from the Philippines to southern western Mexico and now northern California back to Asia without dying, they used seasonal trade wind currents to circulate silver and exotic foreign goods the world over.

Silver Price History in the U.S.

Silver has been arguably price suppressed since the Crime of 1873. Silver demonetization produced a slow-moving multi-decade market consolidation favoring elite eastern creditor classes over western debtor expansionists and labor. Silver fell in price from $1.29per ounce to an all-time low of only 25¢ per ounce by the Great Depression in 1933.

Once the United States ‘temporarily repealed’ foreign government trading partners from redeeming US Gold Reserves with US dollars, the $USD by default became a total fiat currency but has remained dominant the world over. In other words, the globe has essentially been running an absolute fiat currency monetary regime since August 15, 1971, and the fiat Federal Reserve note has been the dominant fiat reserve currency since.

During the 1970s, the USA suffered under high inflation and low economic growth stagflation similar to what we suffer today in the 2020s. The fiat $USD price of silver ran from being priced just under $2 oz to nearly $50 oz by the start of 1980.

Below we will count down the Top 10 most enormous silver spot price fluctuations since 1970.

The largest up and down runs mainly occurred after COMEX gold futures trading began dominating gold and silver spot price discovery in 1975 and continued in 2022.

There is a case to be made now in early 2022. The potential of another run on physical silver and gold bullion may perhaps cause another exponential melt-up ahead from arguably suppressed silver and gold valuations at present.

The silver bull ran from the post-Global Financial Crisis $9 per ounce silver low in early 2009 to the $50 per ounce silver run reached in late April 2011. The late 2010s had caught silver shorts short bullion as both unsecured silver ETF inflows and silver bullion investment demand were squeezing out available silver industrial supply levels.

This run occurred after JP Morgan had recently inherited the bankrupt Bear Sterns’ silver trading desk in the spring of 2008 and many of its former traders. They had learned how to game the silver price via spoofing and other manipulative tactics.

The most obvious motive for the seeming lawlessness in silver trading markets during the 2010’s?

Greed plus a lack of regulatory prosecuting by either the CFTC or the US Justice Department. Even though daily price data over time proved what was evident to many at the time, silver derivative price discovery markets were chock-full of colluding white-collar criminal, commercial bank traders mainly in New York and the City of London, who often documented their lawlessness in chatroom writings and through placing phony electronic trading spoofs to smash downside price stops (and enlarge their bank bonuses in doing so).

Often after a manic blowoff top run in price for a financial asset, it takes some time for the despair phase of the bear market that follows.

In the summer of 1982, silver had found its downside overshoot around $5 per ounce, having been near $50 per ounce only about two years and a few months prior.

The rally that followed that June 1982 low for silver prices around $5 per ounce, was followed by a big move in August and a series of rallies through the end of the silver trading year.

Having begun a bear market that would last for multiple decades, the price bounces following early 1980 were still record price high for silver, giving bulls the ability to profit in short (days, weeks) and even medium-term trades (months).

Trouble was (hindsight being easy) back then for delusional bulls caught in the typical “Bull Trap” after price manias. Anyone going long for a long-term trade in silver bullion was in for actual painful years or valuation performance that followed.

After starting the year with a run from $3.28 per ounce to over $6.50 per ounce within the first two calendar months, silver had some backing and filling to do.

Within the following testing of the low support, the silver spot price again ran from four to over six during April and May of 1974.

It would take over four long years from then for silver to finally leave the six dollars an ounce range in the dust starting in 1979, as silver began its run to its still nominal price record reached in January 1980.

After just breaking the $10 per ounce barrier, silver bulls had an excellent month in September 1979 as the spot price ran up towards $18 per ounce in a few weeks’ rally.

Note that silver had started 1979 at a mere $6 per ounce as the bulls were rampaging upwards.

This beginning of the year run for silver continued a torrid run from 1979 and the decade prior.

By January 7th, 1980, the still-dominant silver price discovering Comex (which reportedly had nine board directors caught short silver) announced that it was soon planning to limit trading positions to 10 million ounces of silver.

Silver had begun the prior year 1979 priced only around $6 per ounce, and there the Comex silver pit was weeks away from hitting a still record high price of over $50 per ounce intraday.

Below is a short local news clip giving you a feel for the world at the time.

Starts like a bad news sitcom with historic #Gold and maz-lum context.

btw Deputy Ernest Riggs was given a desk job after a trial by his peers.

After an exponential price rise and later collapse, the price bounces following the low will retrace around half of the former wall climbing rise.

In September 1980, the silver price climbed from around $17 per ounce to just over $24 per ounce. This completed the bounce from the early year’s collapse from near $50 per ounce high in late January 1980.

In September 1981, the spot silver price could barely muster a high of around $12 oz by the following year.

Technically speaking, every collapsing exponential price run finds a bottom, and “dead cat bounces” back to a lower high. This June 1980 bounce saw silver spot prices run from a previous end of May low of near $11 per ounce upwards to just over $18 by early July 1980.

Silver bulls enjoyed a twelve-session straight run of positive gains during the in-between trading sessions after seeing the silver market fall by nearly -80% through the last approximate 4 months. Silver had only then found an interim bottom.

It would take just over another decade for silver to find its then $3.50 per ounce floor in 1991, and another decade-plus of time by 2003 when another silver bull market truly kicked off again.

Silver had a torrid run to the upside in early 1974, completing a positive run for seventeen straight trading sessions resulting in a price climb from around $4 per ounce to just over $6.76 per ounce by later February (a then-record high price for silver).

From the middle of March to April 7, 1980, the price of silver endured 23 consecutive trading days of losses down -57% of in value from the middle-$30’s per ounce down to the low teens in short order.

The fallacious notion that a few billionaire brothers and some Saudi Royalty blew silver spices sky high in the 1970’s is proven to be overblown for anyone who cares to look at the public records and research what happened.

From 1978 into 1980, the world witnessed a fiat US dollar quadrupling of crude oil prices, a quintupling of platinum prices, a six-folding of palladium prices, and a gold price spike from $200 USD per ounce in early 1978 to a then-record high of $850 per ounce by January 21, 1980.

During this same timeframe, silver went from about $5 USD per ounce to as high as $50 per ounce on January 21, 1980. According to financial journalists who directly covered that specific silver price mania, what they believe contributed most to the then exponential silver price increase was not merely the Hunt Brothers but the collapsing fiat US dollar’s currency value at the time causing most commodity prices to increase substantially near-simultaneously in time.

Not surprising considering the inequity from which the regulatory agency was born in 1975, the CFTC in 1980 sided with sudden exchange changed rule enforcements that benefited many of the Comex board members then caught short silver as the price was climbing a wall.

The so-called ‘Silver Rule 7’ and ‘silver futures contract liquidation only rule’ enactment favored the then silver shorts who, in conspiring so, basically capped the price of silver. But likely also thwarted the escalating gold price, which collapsed simultaneously months and years to follow.

Below is a short SD Bullion video documenting some of the sordid 1980 Silver Thursday and supposed scandalous Hunt Brothers silver details.

At SD Bullion, we offer a range of silver bullion products, including silver coins, silver bars, silver rounds, and 90% constitutional silver. Talk to our sales department if you need any help or have any questions regarding our products. You can reach us at 1.800.294.8732 or sales@sdbullion.com.