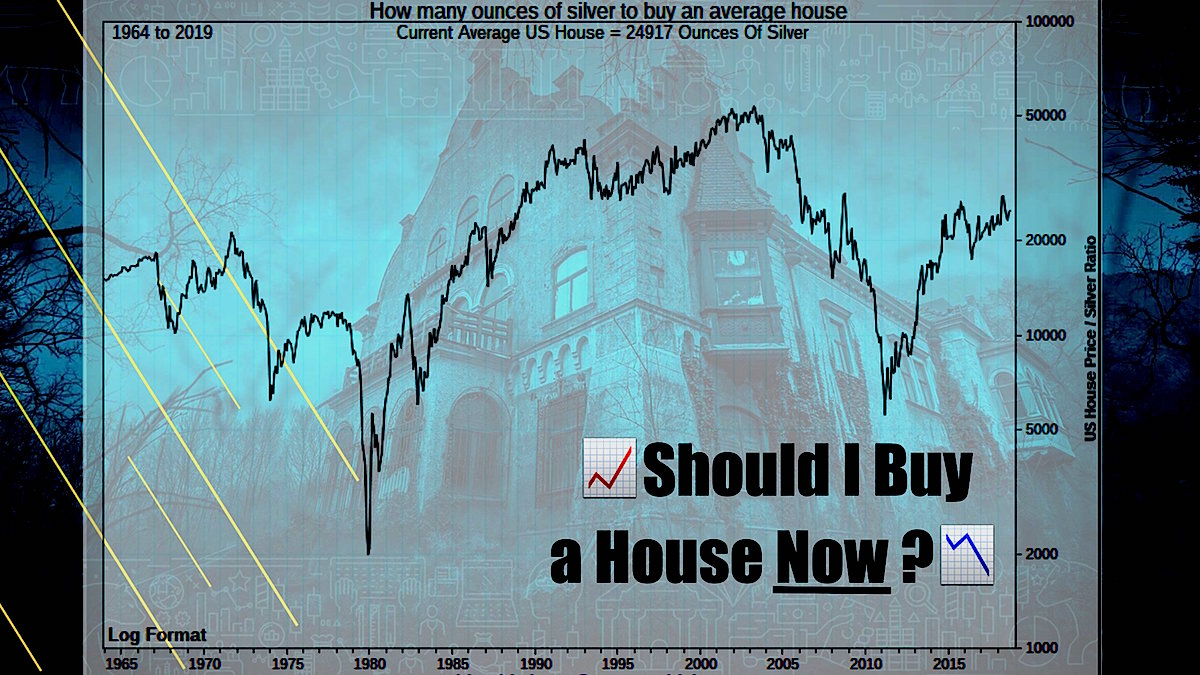 Should I buy a House? | Millions of Reasons to Wait

Would you believe the US housing market is overvalued again?

We have opined and posted data revolving around Silver vs. House prices and Gold vs. — home prices here in the United States and even abroad.

Since 2010, Keith Jurow from the MarketWatch website has been trying to educate his readers that the so-called US housing market recovery is nothing more than an illusion.

He explains in a recent interview that there are millions of US homeowners that are redefaulting on their homes and mortgages at the moment.

Add to that we have millions of homeowners defaulting or in long-term home mortgage payment delinquencies, and these mortgage borrowers have no intention of repaying their mortgages ever.

Many of these subprime US home mortgage borrowers haven't paid a nickel in the last five years. And many are merely staying as long as they can until the lenders kick them out.

Should I buy a home right now?

I don't think it's a wise decision to buy a house - either to live in or for investments - right now. Secondly, US home homeowners should consider selling their house now before they lose whatever equity is in it.

Is the subprime US housing crisis still impacting the housing market?

At the end of the housing bubble, prices began to level off in 2006. And then, in 2007, they started to decline around the country. Things got bad quickly. And in 2008 and 2009, prices were falling everywhere. Nowhere worse than in places where the speculation was most considerable, like Phoenix, Las Vegas, Los Angeles, most of California, and much of Florida.

Foreclosures just kept rising as prices were tumbling. And then, by early 2010, the lenders and their mortgage services panicked. And they said we have to do something to stop the bleeding. So they decided to sharply reduce the number of foreclosed properties that they would put on the market.

Most of the foreclosures put on the market were $200,000 fiat Federal Reserve notes and priced below that figure. Other more expensive foreclosed on US house properties were left to sit.

What turned the housing markets around after 2008?

Throughout 2010 and 2011, US home foreclosures continued to rise. Prices continued to drop. And the US mortgage house services decided that they needed to do something more drastic than what we had been doing so far. Starting in early 2012, what they did was reduce the number of properties that they repossessed and put into foreclosure.

This action began to make a difference, especially in Los Angeles, which was, you might say, the epicenter of this whole madness. And by 2012, at least in LA, prices began to turn up. But that wasn't the case for the rest of the country, especially in the rest of California and Florida, which was just a mess.

But they continued to close the spigots, so to speak, so that for example, in LA in 2012, there were only 25% of the foreclosures that there had been in 2008, which was the peak of foreclosures in California. By 2013 and 2014, the foreclosures almost stopped completely. And the US mortgage and housing real estate interested services began to see that this was working in terms of turning around housing values to the upside.

By keeping high foreclosed US housing properties off the market, by essentially not foreclosing on them at all, then this could turn around prices. And very gradually in 2013 and 2014, around the country, prices slowly began to increase.

The important thing that I want to point out is that this had nothing to do with any economic recovery. The supposed US housing market turnaround came about because of these actions taken by the lenders and housing services to do something about this foreclosure mess. 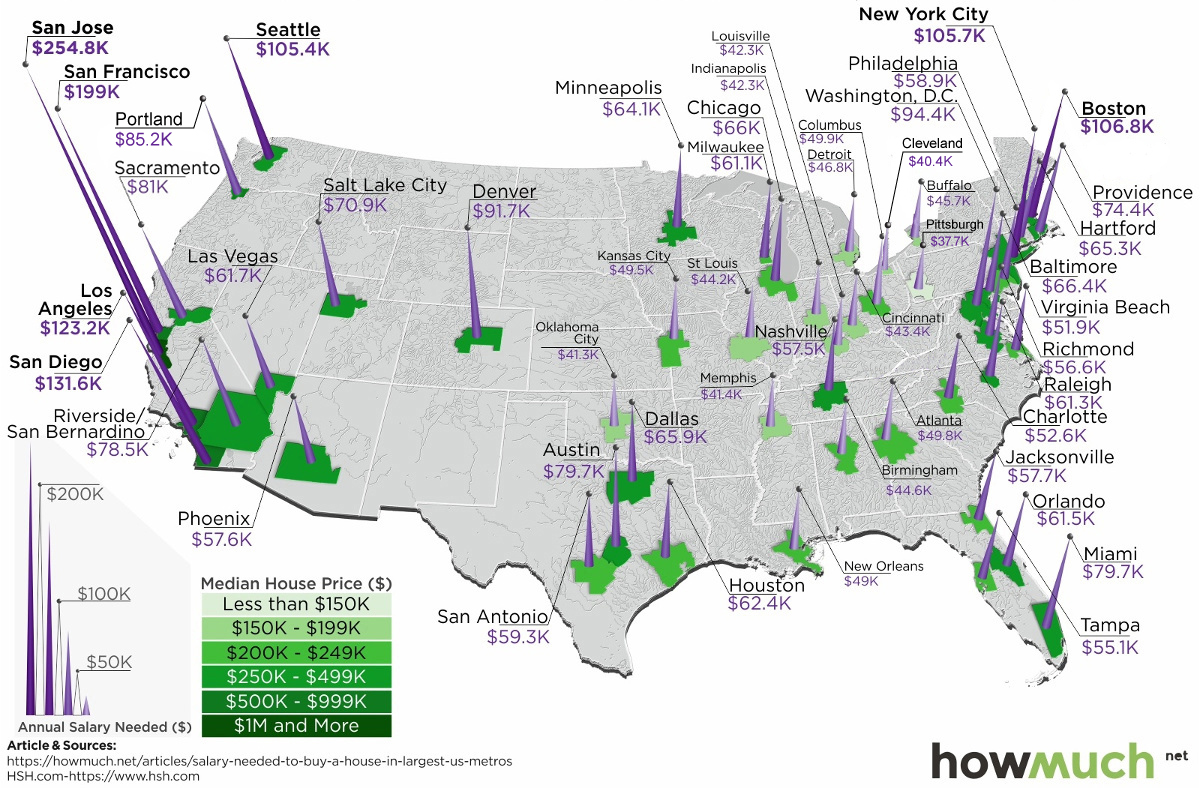 Has the strategy for dealing with delinquency worked?

They did keep a lot of these properties out of foreclosure. They didn't put them on the market, so it had that kind of a positive effect in terms of prices.

But there was another big problem. Millions of delinquent homeowners still hadn't been placed in foreclosure that they had to decide. What do we do about them? Just reducing the number of properties that you put into foreclosure wouldn't be sufficient, because new delinquencies were rising all the time.

And so, for them, the solution that they decided on was to modify their delinquent mortgages. And the shocking number is that between 2008 and 2018, some 25 million mortgages got modified.

Or they had another term for things that weren't permanent modifications; they called it workouts.

How are current subprime mortgages performing?

During the bubble, there was over $2 trillion of subprime mortgages that got originated. Almost all of them got poorly underwritten. And they were a disaster. Very quickly, they started defaulting in droves. And several million of them have already been foreclosed.

There are something like roughly $800 billion worth of these subprime mortgages still outstanding.

The problem is that many of these subprime mortgage borrowers haven't paid a nickel in the last five years.

In some of the worst states, half of these subprime mortgage borrowers haven't paid anything in the last five years. And this problem continues.

I have even seen reports where some of these folks have not paid for seven, eight, nine years. And the servicers let them sit. We're talking about several million of these mortgages still outstanding.

Now, you may ask, well, wait a minute. How can a couple of million mortgages take down major housing markets?

That's a fair question. The problem that we're facing today goes well beyond just the subprime mortgages (think about the baby boomer die off, who is going to buy the 2 in 5 US homes baby boomers currently own?) 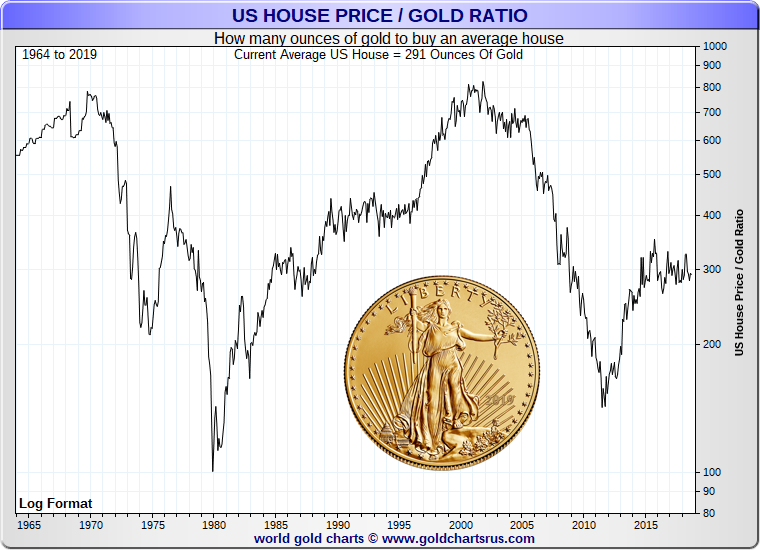 What's the impact of redefaults in US housing markets?

You would think that with all of these solutions, that would solve the problem. But it didn't. Because almost from the beginning, millions of these modified mortgages started redefaulting.

The homeowners, for some reason, whatever, they decided that my house is underwater and I can't afford the mortgage. Or I have no intention of repaying. And so they started redefaulting.

Some of them have redefaulted two or three times. The number of redefaults, as quickly as a year after the modification, is increasing between 2012 and 2016. So the situation with the redefaults is getting worse.

If a homeowner has a second redefault, and the chances of redefaulting another modification, is higher. So this problem, you have to understand, is getting worse as we move forward. My view is that there is no solution to this massive problem of redefaulting modified mortgages. We're talking about millions of them.

Ultimately million of redefaulting houses and loans will eventually have to be foreclosed upon, and the houses liquidated or sold off. And when that happens, then it will hit some of the significant metros hard. And housing prices could begin to decline again.

What's your current outlook on the US housing market?

Everybody believes that home prices have gone up around the country in the last four or five years, but this phenomenon has been very uneven.

The annual rate of return over the last homes sold period west coast metros aside stinks. You probably could have got more if you just put it into a good US government note or bond over the same period.

So you need to keep in mind real numbers, real people, in terms of what profit they got. There are no indices that are involved here. No Case Shiller. And it paints a different picture than you might think and or have been told the last few years in financial media.

For many months now, home sales have been declining in the hottest markets. Denver, LA, Portland, especially Seattle, the number of homes sold has been weakening for almost half a year now. Added to that is the fact that the number of homes for sale, is now soaring in these same formerly hot west coast housing markets.

Seattle houses for sale have doubled in the past year. Portland, Denver, LA, most of California, there is a similar phenomenon happening there as well.

That is an awful combination, rising numbers of properties for sale and home sales declining. If that continues, then what will probably happen is that the sellers will be forced to drop their asking prices.

And if that's the case, then we may start seeing price drops as well, something inconceivable. And in some of your minds, you may think that can't happen. But the conditions are there. 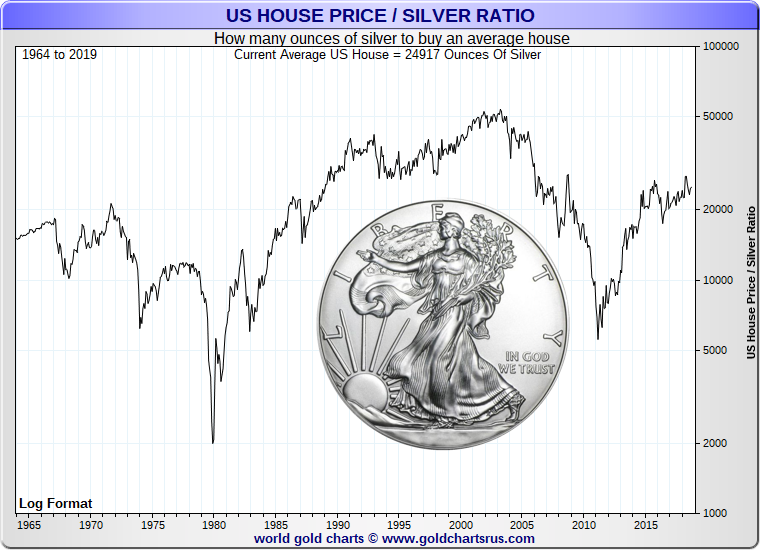 What's your view of Case Shiller as a housing market proxy?

I've written about Case Shiller. And I don't use it, because I'm not a big fan of indices. I think they distort real markets. I don't use median prices as well, because that can get distorted by the mix of houses on the market. I prefer a real picture of what's going on.

But another important thing is to see that metros are very different. You have the hot markets in the West Coast, which get all the attention. But nobody takes a look at those other markets, where it hasn't been nearly as high. And that's the reality.

What's the bottom line for homeowners?

Picture millions of US homes and house properties currently just sitting there. Some vacant, many that haven't paid any of the mortgages in several years, that's the reality in many major metros and some that aren't major. And those who hadn't paid for five years, I picture them laughing at those people who are still paying their mortgage.

Because they don't think they're going to get thrown out for years. And why should I pay if I don't have to? That's what's going on. And that's a reality that most viewers haven't a clue about, that I think that they need to know. And to me, anyway, it's more important than peak the trough stuff.

What's your final takeaway on the housing market?

I would conclude by saying that there are dangerous circumstances today that you have to think about, in terms of making decisions concerning houses. The first is that there are still millions of these redefaulting, modified mortgages that are growing, that is still a problem.

And like I said, there's no solution to that. If you add to that the fact that you have millions of homeowners defaulting or in long-term delinquencies who have no intention of repaying the mortgage, that's what you have to understand. If you haven't paid a nickel over the last five years, you have no intention of repaying it. And you think that you can stay as long as you can. And isn't that just great for them?

The only ones who lose are the lenders, which we don't spend very much time talking over. We also have what I've mentioned before, home sales, which are declining. That's always a bad sign.

And the last thing, as I said, is the number of properties on the market actively listed is growing. Currently, this shows no sign of turning around. If that continues, that's big. So what does that mean for you?

What would you do?

There is no way I would consider buying a house either to live in or as an investment with all of these circumstances and risks that I've been talking over in this interview.

And the final thing is if I were a seller of US housing, if I were a homeowner, I would seriously consider selling before things get much worse.