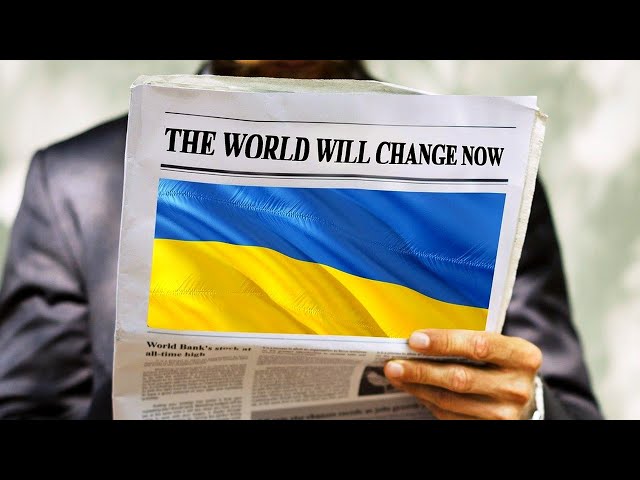 Many of our world's most powerful players are seemingly taking consecutive turns faster than ever, removing stability from what was once was deemed the sole dominant game in town.

The largest losers may become those caught off guard, willfully denying it happening, ultimately ill preparing for rapid changes the next emerging financial system may bring about.

This week, more major signposts signifying major changes in the global financial system are increasingly afoot, especially within the eastern portion of our more multipolar world to come.

But before we get into that deep subject.

Commodity markets, not trading according to their fundamental supply-demand factors have become the norm in our overly-fiat financialized world.

The real values of many of the things we need for our modern ways of life have been suppressed and papered over for a long time now, in a myriad of ways.

A reversion back towards higher commodity values is only just kick-starting and is likely to exacerbate in the years ahead.

We begin this week with a brief update at the dysfunctional City of London Metals Exchange, where after recently canceling long nickel contracts just ten days ago.

Trying to restart LME nickel trading all this week, has resulted in a bumbling mess of bad headlines.

Not surprising, for if you have been paying attention to commodity markets in the 21st Century thus far, you would likely agree that increasing Chinese dominance on commodity price discovery is not so much of a question of if, more so of when that may become most common.

The admittance to the amount of needless leverage applied to base metal commodity price discovery markets for the sake of speculative trading profits reminds me of admittances in 2014, when the London Gold Silver Fix fiasco exposed the ridiculous leverage involved in both the silver and gold markets then and still now.

Annual physical silver demand is something along the lines of $30 billion per year in newly mined and recycled physical silver mostly used for the things we need for our modern lives.

Yet there was the City of London back then having a heavy hand in the leveraged silver price discovery game still ongoing. Something then around the tune over 166 factors of annual physical demand versus leverage applied using increased fiat financialization and mass trading derivatives.

The physical silver market, like the physical nickel market is revealing itself, has long been an accident waiting to happen in surprises to the upside, especially when that kind of leverage goes exponentially long bet winning, short squeezing in earnest.

just pointing out the 2 side$ of PROFIT motives consistently on display fall 2008, post-2011

Silver and gold had chop downs in spot price action this week.

The gold-silver ratio closed even around 77.

Right around the time when the nickel market was blowing up in LME short’s faces last week, commodity desk head of Goldman Sachs took to Bloomberg news to pound the table on gold's outlook for the remainder of this year.

Pointed language out of the Russian Federation this week as President Putin stated, "Illegitimate freezing of some of the currency reserves of the Bank of Russia marks the end of reliability of so-called first-class assets. The US and EU have defaulted their obligations to Russia. Now everybody knows that financial reserves can simply be stolen.”

President #Putin: Illegitimate freezing of some of the currency reserves of the Bank of Russia marks the end of reliability of so-called first-class assets. #US and #EU have defaulted their obligations to #Russia. Now everybody knows that financial reserves can simply be stolen. pic.twitter.com/XJlUGj2YNs

Of course, he is referring to foreign central bank reserve assets like US Treasuries and other assets on Russia's balance sheet began recently repudiated.

The BRICS nations and Saudi Arabia are have been making major headlines this week, reflecting major moves they are taking to sure up their national security interests moving forward.

Saudi Arabia is not merely increasingly seeking more military protection from Russia they also appear to add direct oil for yuan trade settlements where of course they could also redeem proceeds at the Shanghai Gold Exchange if they prefer gold bullion to yuan reserves.

China including Taiwan is nearly 1/3rd of Saudi Arabia’s crude oil demand, it makes sense they would cater to their biggest client's desire moving forward. US oil demand from Saudi Arabia is only in the single digits.

In terms of US oil supply from abroad here is a handy video illustrating where we have increasingly gotten our oil since the fiat Federal Reserve petro-dollar system kicked off in 1973.

Of course, we have seen petro yuan headlines like this before now, for a handful of years running. And still today financial media will followup citing market analysts who fail to cite critical things which are likely to emerge in the coming years.

Not mentioned or properly discussed, is the settlement of gold for yuan in Shanghai, with the ability to then export said gold abroad. Or that the Bank for International Settlements is actively working on wholesale CBDC cross-border direct payment systems which will ultimately be major bearish for US dollar demand. As many sovereign nations will become freer in their ability to trade directly with one another, with near no other intermediaries or fiat US dollars involved.

Finally, to close this week, I want to give you a brief preview of a ‘Masterclass’ in major macro changes we briefly covered here today.

A publicly available podcast and transcript of an interview of macro analyst Luke Gromen by Grant Williams.

It runs for eighty minutes and Luke does an excellent job laying out the underlying national security forces at play from the 1971 US default on gold, all the way to what we are increasingly seeing in the news today.

It is worth your time to either listen to and or scan the transcript and share it with those who might also benefit from the information.