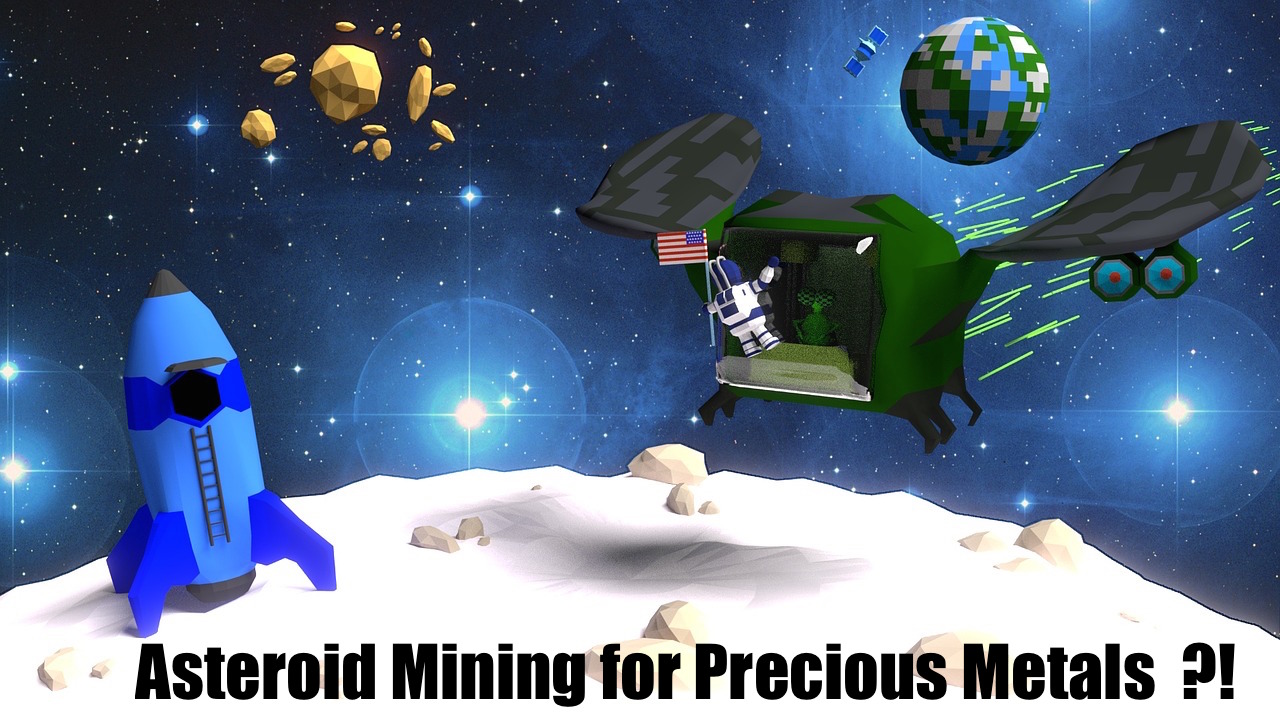 There is an asteroid out there, identified in the year 1852 AD.

It is called 16 Psyche, and it is floating out in our galaxy’s central asteroid belt between Mars and Jupiter’s respective orbit paths.

It is slightly larger than the size of the US state of Massachusetts, and NASA is on course to visit the metallic asteroid soon (perhaps by the year 2022).

Coincidentally that is around the same year an often credible gold analyst states the world may again be revisiting and possibly passing the current nominal fiat US dollar 2011 price highs for both gold, possibly silver too.

But back to this potential asteroid mining target at hand.

The Psyche 16 asteroid is believed to contain massive quantities of nickel-iron metal ore. An amount so large it could supply the world’s human production requirements for several million years here on Earth.

Thus this particular asteroid being a potentially massive nickel ball in the sky, surely it is also possibly loaded with the same silver bullion inputs many investors love saving long term here on Earth.

And thus some in the precious metal community are having their hand at commentating on the matter of Psyche 16 asteroid. Like a science fiction come to not near reality mind trip. It is excellent fodder imaging the what’s - if’s - how’s - and even possible when’s — all fun to do.

Here is a regular Youtube blogger Salivate Metals, reading both a recent RT article and adding some commentary on the extraterrestrial matter, to his subscribers and viewers.

It’s not hard to find click-bait headlines on the NASA mission at hand given that the asteroid has vast amounts of iron and potential precious metals.

All publishers have to do is throw a massive fiat US dollar amount on the asteroid's theoretical value in an article’s title and click bait gold they have already struck.

Now if we could somehow drag this asteroid back here to Earth without killing everyone in an extinction level event (ELE).

And then, somehow reverse the logic of supply and demand. As a result, not devalue the metals found within the asteroid.

Then perhaps every human here on Earth could also become a fiat currency billionaire too.

Hard not to clown on such hard-hitting, critically thought out article headline like the one above.

Or ridiculing fake news takes like this from The Sun’s Science Reporter commentary, “That means if we carried it back to Earth, it would destroy commodity prices and cause the world's economy – worth £59.5trillion – to collapse.”

Perhaps we missed it between all these scintillating article titles.

Can commodities get any cheaper than they currently are versus paper debt and counter-party risk-laden assets?

How about enterprising businesses and services we humans need to live the way we do?

Did we miss the hypothesis that 16 Psyche asteroid has everything we need for modern life in over-abundance?

What’s accurate and common sense plausible, is NASA is actively seeking to see this asteroid up and close.

One of the main reasons in doing so is to gather an idea of how the core of our planet Earth might look if we could somehow manage to ever dig through the thousands of miles of rock to see it (please don’t do that, ever, humans).

And we, the USA-USA-USA interested citizens. We have to beat the dark side of the moon Chinese space explorers while we are at it (tribalism sarcasm 100%).

Here is one of the heads of this NASA excursion describing precisely why some of us human beings are going to see this asteroid up close:

Asteroid Mining Mission NASA? Why are we going there?

As for precious metal asteroid mining in outer space.

Much like Mark Twain muttered over a Century ago, regarding mining stock 'pump and dumpers' of yesteryears.

Along the way to potentially ever accomplishing such precious metal asteroid mining feats, there will again be tons of stock market share pumpers current and to come, promising virtually anything shareholders may desire to hear.

In other words, lots of fiat currencies will likely flow from some delusional promised hands to others along the way, with no precious metals to show for it. Similar things can be said often in the terrestrial precious metal mining industry, and too, our inability to even mine precious metals under the Earth’s oceans.

We’re perhaps and hopefully going to get to an age when we do mine asteroids successfully with ongoing investments, space exploration advancements, and scientific progress.

But remember too, our human base characteristics will likely also be with us, all along the way.

Things like we just cited, lizard-brain clickbait manipulations, and even ongoing national tribalism (see below).

Mysterious object called #Psyche16 is loaded with heaps of platinum, iron & nickel. It is worth $700 quintillion in precious heavy metals. We’ve known about Psyche16 for years, but its potential to cause chaos on Earth was recently studied by veteran miner https://t.co/h8UIHVVP9n pic.twitter.com/O2XWG2OrQp

In other words, this is going to be one hell of a long risk-laden haul. If we can somehow manage to endure as a species, perhaps this idea is plausible, and we will get there one day.

Meantime, it is indeed fascinating to think about and ponder over the potentiality of our exploration and expansion into space perhaps one day even beyond our galaxy.

As for every human here to become billionaires today, all we have to do is speed up the track we are currently on. Keep issuing fiat currencies and inventing new digital cryptocurrencies ad infinitum. That may indeed be our fastest way to billionaire hood on paper, and our complete sarcastic end to this sentence.

Until we all reach the ridiculous goal of hoarding, more than most would ever need in hundreds of human lifetimes, we will stick with some prudent bullion investment positions in the hardest money ever to circulate and or sought by human beings historically.

The storable purchasing power precious metals we offer on our website, the ones which are proven to last — made with some of the most expensive starburst stuff not from historically and or of, repeatably failable human origin.