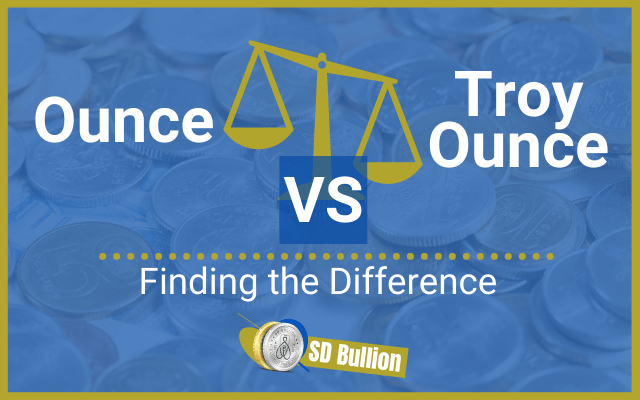 Jump To: A Common Misconception | History Of The Troy Weight | Difference Between The Two Units | The Importance of Troy Ounces | FAQs

A Common Misconception Between Troy Ounce vs Ounce

One of the biggest misconceptions for investors who are new to the bullion marketplace is to think that an ounce and a troy ounce are equal. This is not the case, and many people are frequently confused when their products weigh more than one regular ounce (the avoirdupois ounce). In fact, most products are referred to in ounces but are actually sold in troy ounces. The reality is that the vast majority of bullion dealers are referring to troy ounces when they say "ounces." This is the "industry standard."

This article will tackle the difference between a troy ounce vs ounce, understanding the historical and practical difference between one troy ounce and a regular ounce. Why is it that the industry, even worldwide, still weighs precious metals in troy ounces rather than the avoirdupois ounce or even the international metric system?

History Of The Troy Ounce and The Troy Weight

Theories regarding the origin of the Troy weight system never reached a precise conclusion. Some believe its origin traces back all the way to the Roman monetary system.

One of the first coinage systems in Roman times, still during the Republic, was the "Aes Grave," which was mainly composed of heavy bronze bars. One-twelfth of the weight of that bar was called an "uncia," or ounce. 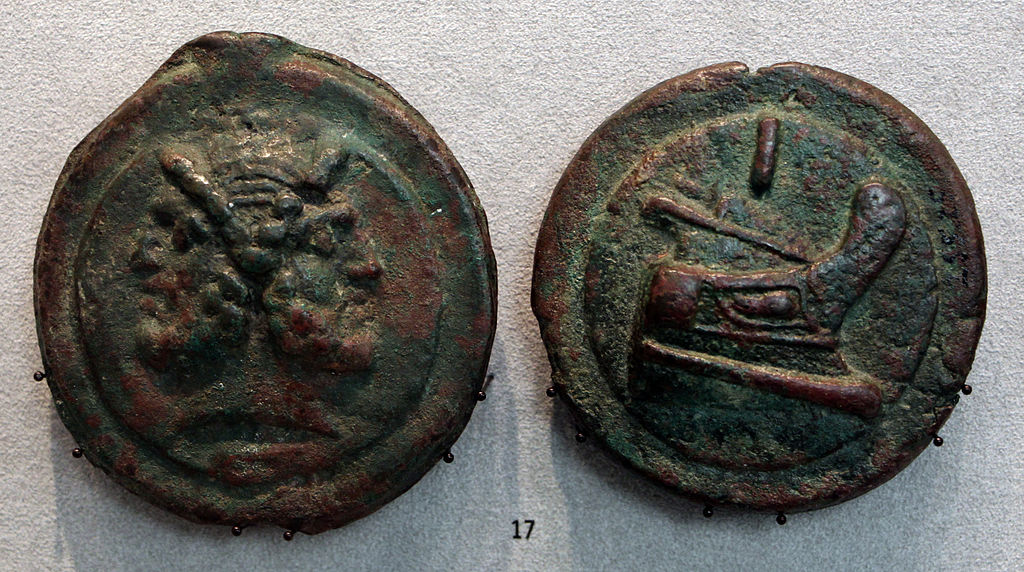 However, the most accepted assumption is that the term Troy ounce originated in the French city of Troyes in the Middle Ages. Troyes developed into a merchant city, especially due to its strategic position in northeastern France, where it was intersected by many important highways used in the bullion trade by all the nations of Europe.

Soon, merchants from the local markets felt the need to establish a standard measurement unit for precious metals that would differentiate it from common measures used to buy and sell goods at the time.

Troyes remains, to this day, an important touristic city in France. It's known for being part of the Champagne wine region and for its beautiful churches and historical museums. 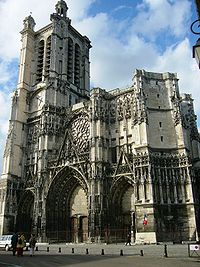 Throughout the Middle Ages, the French Troy system spread to other countries. Different versions of Troy weights coexisted around Europe, including the Holland troy and the Paris troy, with slight differences. But none would stand out as much as the British troy weight system.

During the reign of King Henry V in the 1400s, the troy system was already largely in use around Great Britain. In 1527, England officially adopted the troy ounce as the measurement unit for gold and silver and the British coinage system. Later, in the 19th century, when they established the British Imperial official standard measurement system (or simply the Imperial units, for short), the troy ounce was incorporated.

From that point on, it isn't difficult to deduce why the Troy ounce became the standard unit of measurement for precious metal products in many countries around the world, not only for gold and silver but for other precious metals as well. The British Empire colonized and incorporated a lot of territory into their Commonwealth during the Age of Discovery. It is no wonder that those colonized countries, even after their independence, retained cultural aspects and customs from their colonizer. And the use of Troy weights for measuring precious metal items such as gold, silver, platinum, and palladium was definitely one of those.

The United States, for instance, adopted the British Imperial Troy ounce as the official unit for measuring precious metals by an Act of the US Congress in 1828.

Read more about how many pennyweights are in an ounce of gold.

The Difference Between The Two Ounce Units

A troy ounce weighs about 10% more compared to an ounce, which makes a big difference when it comes to precious metals.

Besides the obvious weight differences, there is another distinction in how they are measured. Everyone knows that one regular pound corresponds to sixteen avoirdupois ounces, so a troy pound must be heavier right? Contrary to popular belief, it's not. In the Troy system, a troy pound is actually only equal to 12 troy ounces, which ends up being lighter. Thus, in terms of weight, 1 pound of silver is approximately 80 grams more than 1 troy pound of silver. For that reason, most bullion being traded and sold is measured in troy ounces or kilograms. This is to avoid any confusion between the conversions between troy ounces and troy pounds.

Check out our posts:

How many Grams are In an Ounce of Silver?

How Many Grams Are In An Ounce of Gold?

The Importance of Buying In Troy Ounces 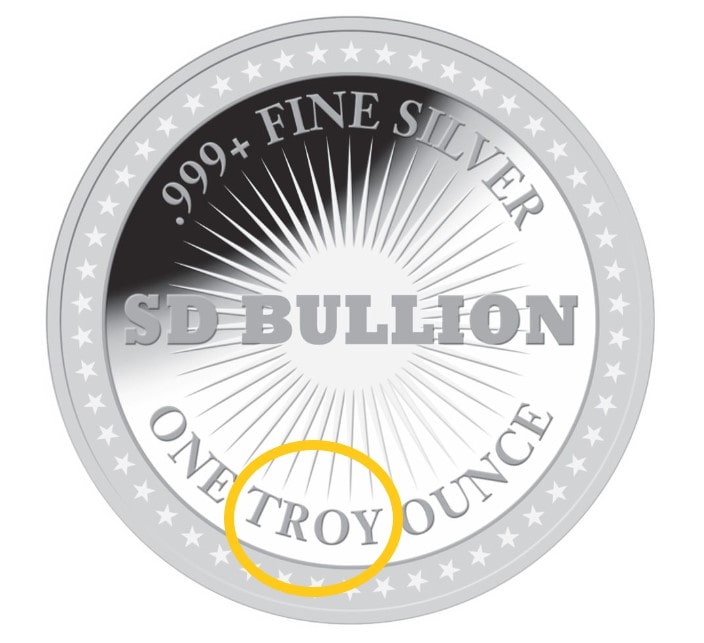 It is important to know what you are buying because certain unverified dealers will sell precious metals in ounces instead of troy ounces. This small difference can make one product look like a much better deal. Don't be fooled, though. If you know and trust your source for bullion, this deception is rare and not likely something you would have to worry about.

The best way to ensure it is in troy ounces is to buy products with their weight and purity standards engraved on them. This practice is very common in the industry. Nevertheless, if a bullion product, such as a silver round or gold bar, does not have the weight & purity engraved on it, it may be hard to liquidate it down the road. Another option is buying government-minted products, such as silver coins or gold coins. Most government mints will produce bullion in troy ounces. A notable exception is the Chinese Mint since their recent adoption of the metric system and gram weights as the unit of measure for their bullion coins.

Do you know what an ounce of gold looks like? Check it out in our article.

Is gold sold by the ounce or troy ounce?

Not only gold but most precious metals like silver, platinum, and palladium, currently negotiated in the bullion market, tend to be measured and priced in troy ounces. Troy ounce is the most used weighting system, and the spot price usually determines the troy ounce value. However, other systems are possible. The Chinese Mint, for example, uses grams to indicate the weight of its famous Chinese Panda Coins. Copper, on the other hand, is a base metal and, therefore, is weighed with the avoirdupois ounce.

Which is heavier, 1 ounce or 1 troy ounce?

Why is a troy ounce different?

The regular ounce, also called avoirdupois ounce or “ounce,” was a general weighing system used to measure any kind of product. When gold and other precious metals reached more intense trades, it was necessary to establish a standard unit to unify the precious metal markets from different nations, facilitating international trade.

Why is it called a troy ounce?

History tells us that the term “troy” and the weighing measurement system comes from a French town called Troyes, which used to house traveling merchants from different countries to do business. The need to standardize a common pattern among these worldwide merchants and ease their business made King Henri II establish the troy ounce as an official weighing system around the 1400s.

How many regular ounces is a troy ounce?