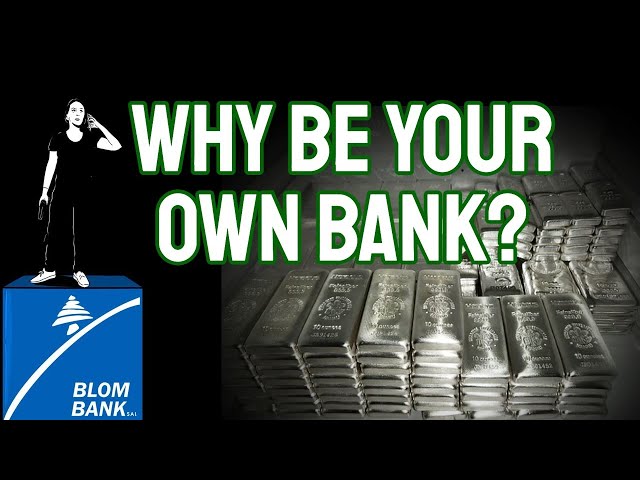 Lebanese Citizens Have to Rob Their Own Banks

This week we witnessed a growing trend of Lebanese citizens robbing their own banks to retrieve fiat currency demand deposits they have already made.

While the official exchange rate for fiat Lebanese pounds to fiat US dollars is claimed to be just over 1500 to 1. But the freer black market truth is the fiat Lebanese pound's ongoing devaluation has blown out to now over 38,000 to one.

Lebanon defaulted on its sovereign debt two years ago, then declared bankruptcy early this year in 2022. The middle eastern country has proposed a typical “solution” used by hyperinflating nations — to have Lebanese citizens pay for the failures of their government and the country's banking sector by holding customer deposits hostage & forcibly converting from fiat US dollars to highly inflating fiat lira.

Those citizens who have fiat US dollars deposited in the Lebanese banking system have been iced out, unable to withdraw adequate amounts of their savings to live a quality of life above poverty.

Some citizens there have crossed their breaking point.

The silver and gold markets had a mixed week in trading.

The daily spot silver price climbed briefly above $20 oz to close the week below the key round psychological figure.

The daily spot gold price sold off for the week, trading below $1,700 oz.

The gold-silver ratio dipped to 85 this week, illustrating silver's recent strength over gold.

Gold bears were out this week claiming that gold has just fallen into bear market territory, which is defined as being over -20% from its recent all-time nominal price high in 2020. Some in the delusional bear camp think the chart is set up as if we are again in 2013.

Looking at the 200-day moving average for the spot gold price, we can see why so many must be confused in thinking gold has further to fall.

And while it might, one only has to take off their green-colored fiat currency glasses to see that gold is steady doing its job preserving purchasing power in other major devaluing fiat currency units such as the fiat Japanese yen, where gold's nominal spot price is still above its 200 day moving average in the land of the rising sun.

Suppressed price inflation data in the USA was updated this week, coming in at a level higher than expectations. The year-over-year price escalations for food and things US citizens need to live productive high-quality lives keep escalating at rapid rates not seen since the 1970s.

The US stock market tanked on this week's stubborn inflationary news.

One of the biggest tells that we are likely already in a recession is the bad news coming out from global shipper FedEx as their CEO went on CNBC this week to tell the world that decreased earnings and cost-cutting will be their tactic to stay profitable. Their stock price fell through the floor in today's trading.

Illustrating both continued physical silver bullion bar demand and investors unwilling to part with their physical holdings at these depressed spot price levels.

While we await to see how much silver bullion India imported last month, August 2022, a reminder of just how much the nation took in physical silver in July a few months back.

Over 58 million ounces in a month is an all-time record for silver importation size for the nation of nearly one billion, many avid physical gold and silver buyers.

When we soon get the Indian August silver bullion import figures, my bet is the combined months of July and August 2022 in India will be more ounces than all the silver bullion that has gone into PSLV since the Q1 Wall Street Silver Squeeze Reddit phenomenon began.

Like unfortunate Lebanese citizens, Indians have seen fiat currency folly for millennia. That is a large-handed down reason they stack bullion, knowing that bank failure cycles have and will continue to happen moving forward.

For those of us enjoying current relative fiat US dollar currency strength, perhaps further adding to our own bullion deposits makes better long-term sense than leaving that purchasing power to further erode versus ongoing secular price inflation and fiat currency debasement to come.

As always, to you out there. Take great care of yourselves and those you love.