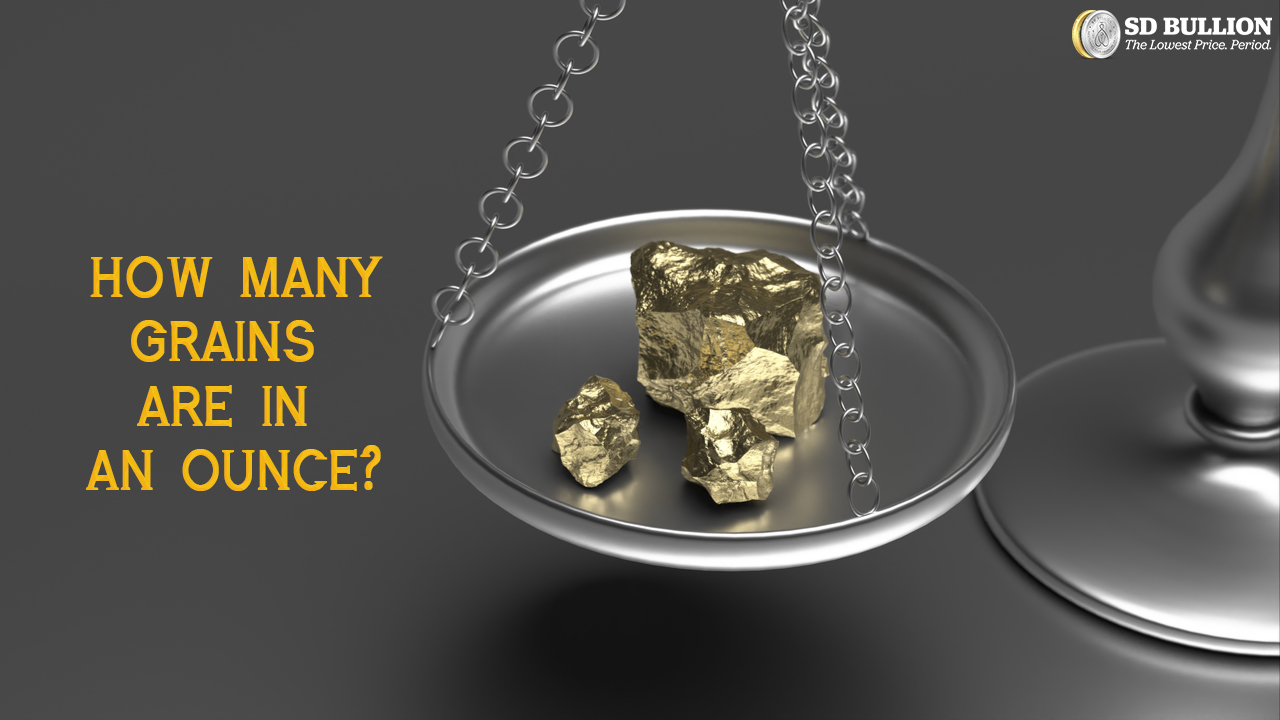 Throughout history, humans have invented different systems to measure and value items.

Early systems of measurement were based on tangible, although imprecise, units of measurement, such as the length of a finger or phases of the moon. Over time, these units were standardized to form the various measurement systems we’ve used for the last several hundred years. Ancient people used the grain to measure mass, and this unit of measurement is still employed today to measure tiny amounts of material.

Although you may not be familiar with grain, you use the ounce every day, so let’s compare the grain to the ounce. First, we will discuss early measurement systems and then go into more detail about troy and avoirdupois weight systems, which are most relevant to the grain in modern times. We’ll wrap up with a brief history of the grain as a measurement unit and conclude with how many grains there are in an ounce.

The Egyptians, Mesopotamians, and possibly Elam's people in Iran created the earliest measurement systems. These cultures measured length by using the forearm, finger, hand, or other body parts. Time was measured by the sun and moon. Early volume measurements were done by filling containers with plant seeds and then counting the seeds.

Eventually, means for weighing items were invented, and people used various seeds and stones as standards. One such early unit was the carat, derived from the carob seed, which is still used for gems today.

These measures were somewhat imprecise because they varied from person to person or location to location, but they worked well enough for hundreds of years. People developed other standard units of measurement throughout the Middle Ages, and these systems have been updated and changed over time.

Today, two of the most important early measurement systems still in use are the troy and avoirdupois weight systems.

The troy weight system was developed in 15th century England. Its units include the troy grain, troy pennyweight, troy ounce, and troy pound. Troy weights were adopted for measuring gold and silver and continued to be used in England well into the 1800s. The U.S. officially adopted the troy ounce as the weight standard for coinage in 1828. Today, the troy ounce continues to be the main unit of measurement for gold prices and other precious metals throughout the western world.

All troy weights — except for the troy grain — differ from the same name units of the avoirdupois system (which will be discussed next). The troy system measurements are:

Developed in the 13th century, the avoirdupois weight system precedes the troy system by a few hundred years. Although its exact origin is unknown, it was adopted in England around 1300 and was originally used for weighing wool. The earliest known version of the system consisted of grains, stones, woolsacks, ounces, and pounds.

A 1959 international agreement defined the ounce and pound, and they came to be standardized in countries that use the pound as a unit of mass, including the United States. Thus, the avoirdupois ounce and pound are what we know as the standard ounce and pound we use in everyday life.

Today, the avoirdupois system consists of the:

History of the Grain

The grain was the earliest mass unit, and it’s also part of the troy, avoirdupois, and Apothecaries’ weight systems. Unlike other measurement units, the grain is the same amount for all systems, and it’s equal to exactly 64.79891 milligrams.

The term grain and weight of grain are based on the mass of a single seed of cereal, which in this case refers to any grass grown for the edible components of its grain. From the Bronze Age to the Renaissance, the average masses of wheat and barley grains comprised the definitions of mass units until other units of measurement were invented.

Check our post: How Many Grains Are In a Gram of Silver?

The grain later became the foundation of the traditional English weight systems (troy, avoirdupois, and Apothecaries’), and it was based on the weight of a single grain of barley. A grain of barley was equivalent to 1-1/3 grains of wheat.

How Many Grains Are in an Ounce?

Although grain is the same weight across all three traditional English weight systems, the number of grains in an ounce will depend on which system you use:

How many grains in an ounce? That all depends on which system of weight you’re using.

Grains were the first unit developed to measure mass and were originally based on grains of barley and wheat. Later, the grain was standardized and is consistent across the traditional English weight systems at 64.79891 milligrams.

Unfortunately, it’s the only unit of measurement consistent across the systems. Thus, the number of grains in an ounce, pound, or other conversions will differ depending on the system. However, one thing is for certain — grains are used to measure very, very small things.