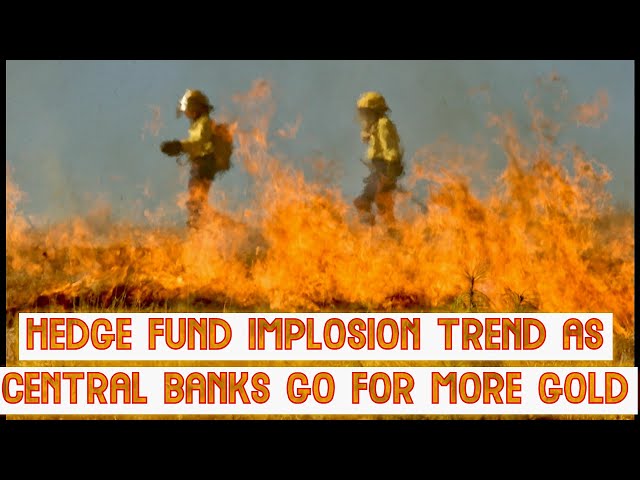 This past week, the Central Bank of Hungary announced that it tripled its gold holdings in March 2021, from 31.5 tonnes to 94.5 tonnes.

You may recall on this channel, we covered in late 2019, how the central bank of Poland had then pulled 100 metric tonnes of gold bullion from the Bank of England in various secure logistics assisted overnight flights from London to Warsaw.

Throughout the 2010s, mainly eastern nations such as Russia and China were large net buyers of official and unofficial gold bullion bars.

This week too, the Polish central bank governor stated their intention to perhaps buy another 100 tonnes of gold in the coming years to further demonstrate the country's economic strength.

In case you are wondering, a metric tonne of gold is 32,150.7 troy ounces, valued at just over $56 million fiat Fed Notes currently.

The claim made is that London increased its silver fractional reserve pile by over 124 million ounces in March 2021.

So just over 431 of this roughly 288,000 ounces of silver bullion supposedly flowed into London in the last 31 days.

For another analogy on how unbelievable this claim is, this is akin to just under the entire underlying PSLV silver bullion pile in just one month, moving supposedly into these individual and or collective London six silver vaults.

It was not but a few months ago when estimates were that London only had about 100 million ounces of silver bullion floating unclaimed by ETFs in the system.

Turning our attention to some of the latest hedge fund implosions and building tremors from the highly leveraged US stock market.

Remember, this is happening with very low volatility and near new record nominal price highs for the S&P500.

The common denominator between all three of these hedge fund failures was the use of insane leverage employed to maximize private gain, provided by commercial Global Systematically Important Banks that can socialize losses if the bets go really wrong.

That bank is apparently looking at a nearly $5 billion fiat Fed note loss on this trade gone wrong. Compare that loss sum to the bank's entire net income of $2.8 billion in 2020. This is not a small hit.

Perhaps we all take a lesson from the actions of Hungarian, Serbian, Russian, Chinese, and Polish central banks.

Holding some prudent positions in bullion as a bedrock financial asset as we await the transition to the next monetary and more multipolar financial system, less dominated by the fiat Federal Reserve note.

As always out there, take great care of yourselves and those you love.