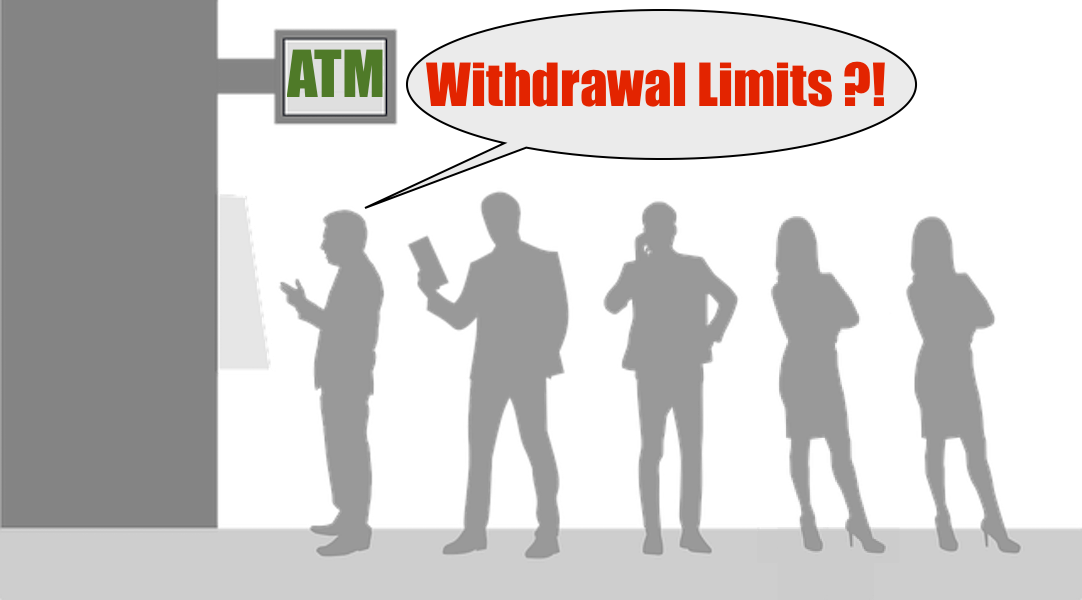 Your legal access to your savings sitting in a bank is that of an unsecured creditor. In a real financial crisis, and even in bankruptcy court, you have little to no leverage.

With seemingly ever-increasing financial lock-down laws since the 2008 financial crisis. The term bank bail-in is now law in the USA. If it were used, the FDIC is the sole chance to recoup potential lost savings.

It is important to know what are current and potential future ATM withdrawal limits at major banks in the USA.

Currently, in Hong Kong, we are seeing signs and declarations of localized tightenings on ATM withdrawal limits of cash.

Major financial institutions are reporting that many billions of Hong Kong dollar deposit outflows have been making their way to Singapore and elsewhere. When digital runs on banks begin, it is not long after that when bank policy clampdowns tighten.

Further confirmation that HK/chinese banks are running out of cash. In the world's most levered developed economy, this couldn't be any worse. #Bankruns #HKexit https://t.co/xrHxto5iao

Run on banks: ATMs out of money across Hong Kong. Many queuing up to withdraw. Many have run out of cash. #HongKongProtests #AntiELAB #FreeHongKong

Should we all line up at ATMs as an act of civil disobedience?

Below we examine current ATM withdrawal limits with major US banks currently. These limits can change suddenly without notice.

See the maximum daily amount you can withdraw from your checking account if you bank with one of these financial institutions.

Cash withdrawal limits at ATMs should reset within a 24-hour period.

Always prudent to have some emergency cash on hand in case of an emergency, natural disaster, or longterm power blackout.

Having an emergency stash of cash makes common sense for responsible adults.

If you are thinking about building a cash buffer at home, you could simply withdraw your daily limit until you reach a quantity of cash to cover basic needs for however many months you deem prudent.

Of course, you could also visit a bank and withdraw funds but remember that cash withdrawals deemed suspicious or over $10,000 small time frame thresholds will be reported to the powers that be in the land of the free.

To learn more about prudent bullion buying and selling, pick up our free SD Bullion Guide by email right now.

Good luck preparing your emergency stash ahead of time. Thank you for visiting us here at SD Bullion.