Newly signed supranational bank laws amongst the world's largest 20 economic zones mean many bank accounts are not entirely safe from failure. Learn what current Bank Bail-In rules are and how to defend against them.

Bank depositors are now legally treated as unsecured creditors in the largest economies in the world.

G20 - (n) the world’s largest 19 national economies, including the USA, and the European Union together, a group of 20. Additionally, there are representatives of the International Monetary Fund (IMF) and the World Bank. The G20 finance ministers and central bank governors began meeting in 1999, at the suggestion of the G7 finance ministers in response to the financial crisis in the 1990s. 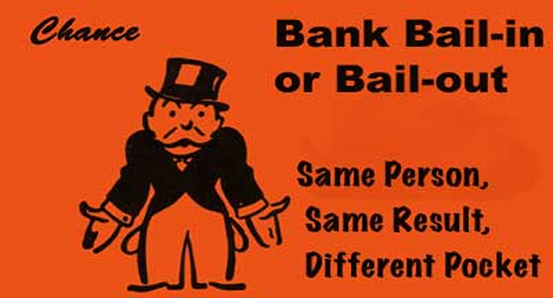 It is a relatively newly signed supranational law and purportedly the brainchild of the IMF’s former managing director, Christine Lagarde. The same woman who is likely to become the head of the European Central Bank 2020s. Check out some of her staff's notes when she was in charge of the International Monetary Fund. 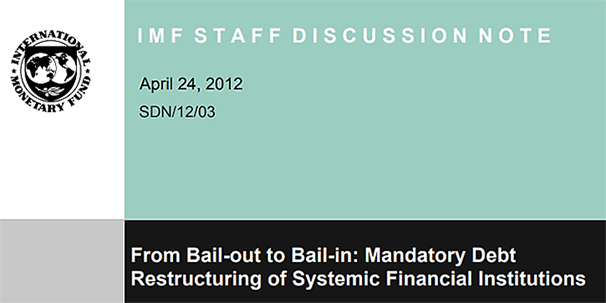 What this new law change means is the “LEGAL” status of US and other customer bank deposits within the G20 nations, placing them on par with many unsecured paper investments.

Now more than ever, if you give your fiat currency to a bank, it is your responsibility to know the solvency of the bank you chose. Including understanding any possible spillover effects, it may suffer under in another potential global financial crisis ahead.

Does your bank have any derivative bets on its books? You may want to find that out.

What about the FDIC?

For years bank insurance programs have lulled many main street savers to sleep soundly under the assumption that the government would always insurance covering their checking and savings accounts.

Well perhaps not so on a real basis, following another massive banking crisis.

As recently as November 8, 2017, the head of the European Union’s central bank (the ECB) has proposed to ultimately end bank deposit insurance for any bank accounts throughout the EU.

In the United States, the Federal Deposit Insurance Corporation (FDIC) currently offers a USD 250,000 limit in the USA per depositor, per FDIC-insured bank, per ownership category.

How solvent or robust is the FDIC’s bank deposit insurance program?

Most likely, the next global financial crisis will not only get met with some likely new forms of government and or central bank bailouts. While it may further be met with bank bail-ins too as many unsecured creditors, and even average Joe’s bank deposits, possibly get frozen and eventually get transferred to secured creditors. Ordinary people's unsecured savings in a bank account could be lost, and or diluted.

The Financial Stability Board (FSB) is sanctioned by and literary works out of the Bank for International Settlements (BIS) building. This rather innocuous-sounding organization currently guides the G20 nations’ bankruptcy resolution policies.

They wrote the following excerpt in their November 10, 2014, Total Loss Absorbency Capacity proposal on how all G20 banks should now have bank deposit bail-in options in the event of bankruptcies or massive loss write-downs.

The FSB states the following on page 5, 2nd paragraph:

With these new supranational laws, executed by the G20 (on behalf of the BIS’ FSB), any winning megabank derivative gamblers are now 1st inline creditors.

Joe Public is an unsecured creditor, who would be lucky to get some diluted equity shares in a ring-fenced reformed bank as compensation for his lost checking and or savings account funds.

If you have a bank account with a ‘mark to model’ potentially bankrupt bank, or maybe with whom the BIS’ FSB calls Global Systemically Important Banks (see G-SIBs on page 3). Time is running out for you to reconsider with whom you are doing business.

We should all be preparing a defense of our savings, in case this trend ever goes global.

If you live and or bank in a G20 nation. Prudent to expect history may rhyme at some time. 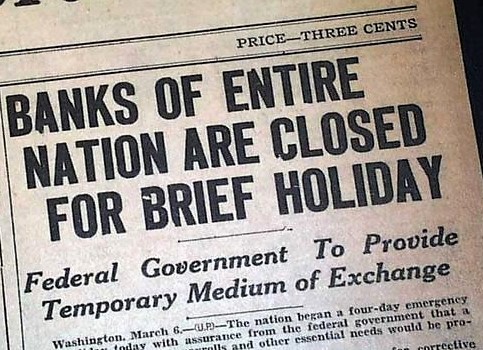 Digital lockdown laws and living bank wills are getting readied and even demanded by central bank heads.

In case, any large banking or financial institution fails again. All this effort is getting put forth. Mainly because the real underlying issues of leverage and record level debts not written down have not been restructured nor fully faced.

We’ve not structurally changed much since the last financial crisis; the situation is arguably worse.

The brutal truth of new global bank bail-in laws now in place goes well beyond its outcome. The fiat currencies in our bank accounts have and will always be our liability. It is a real shame we all may have to relearn this lesson in a potentially harsh way.