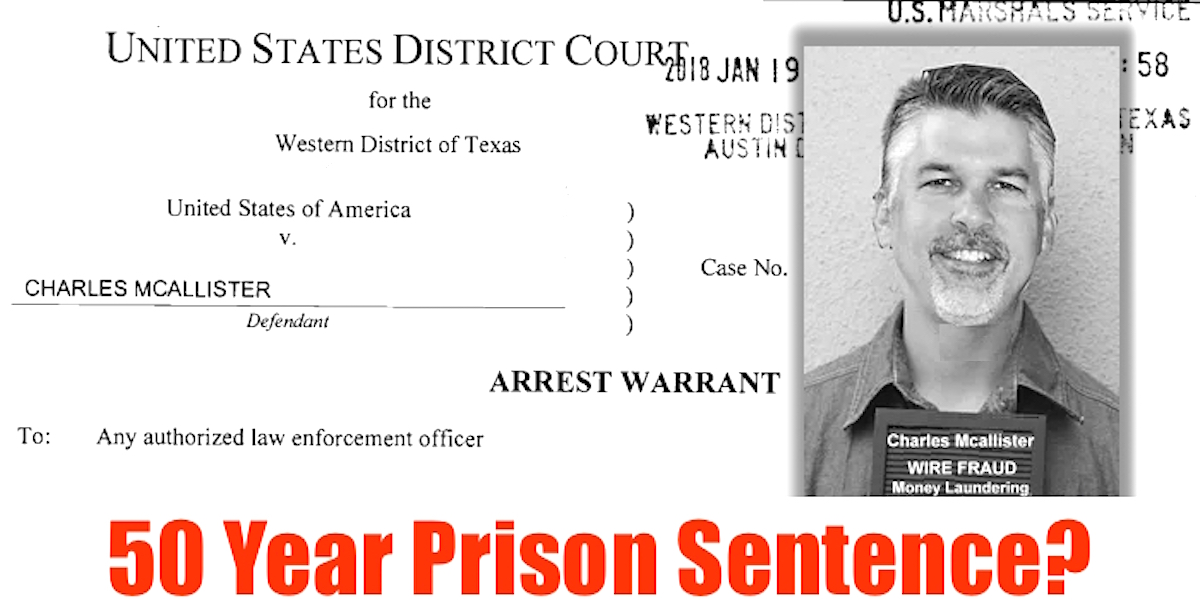 After filing for bankruptcy in July 2015, now over four years later, a jury concludes that a once successful Bullion Direct had been led by a man who committed fraud for many years on much of the company's customer base.

Late last week, Charles McAllister (former CEO and owner of the once-popular Bullion Direct website), was convicted in a five day trial by a federal jury for both money laundering and defrauding customers out of millions of dollars.

Estimates of customer losses on this Ponzi-like fraud are over $16 million in aggregate damages spread amongst thousands of former Bullion Direct customers.

According to evidence presented, from January 2009 through July 2015, Charles McAllister perpetrated a scheme that falsely represented that many funds obtained from customers would be used to purchase physical precious metals or bullion on behalf of the customer for longterm storage. While most BDI orders were shipped directly to the customer, it was those who got supposedly stored in Bullion Direct’s vault that became problematic.

The company’s earliest customers, who bought and took direct delivery from Bullion Direct, virtually all received their precious physical metals via mail. A policy with BDI was to only communicate through emails. Thus customers could not call or speak with customer service, email, or later chat via internet interfaces when open.

A cursory look at some of the company’s reviews scrolling backward in time show that customers taking direct delivery were typically satisfied until the final years leading into bankruptcy (2013-2015).

The majority of those who lost the largest swaths of capital were those customers who misplaced their trust with McAllister and BDI’s storage program. The BDI storage service had no professional auditing verifications, nor third party documentation as to what was supposedly held by respective customers within the program.

Instead of buying precious metals on behalf of customer orders and then storing customer metals, McAllister instead often spent customer property on Bullion Direct’s company expenses, in other investment activities, and for his benefit.

Reportedly in 2011, Bullion Direct created a subsidiary Nucleo Development Co. to handle its software platform, expand it into other markets, and license a patent. Nucleo, at times, reportedly had over 30 employees on staff.

Prison sentencing is at 9:00 AM on December 19, 2019, before U.S. District Judge Lee Yeakel. McAllister faces up to 50 years in federal prison.

To learn best practices for bullion dealer due diligence and safe bullion buying and selling, pick up our free SD Bullion Guide by email right now.