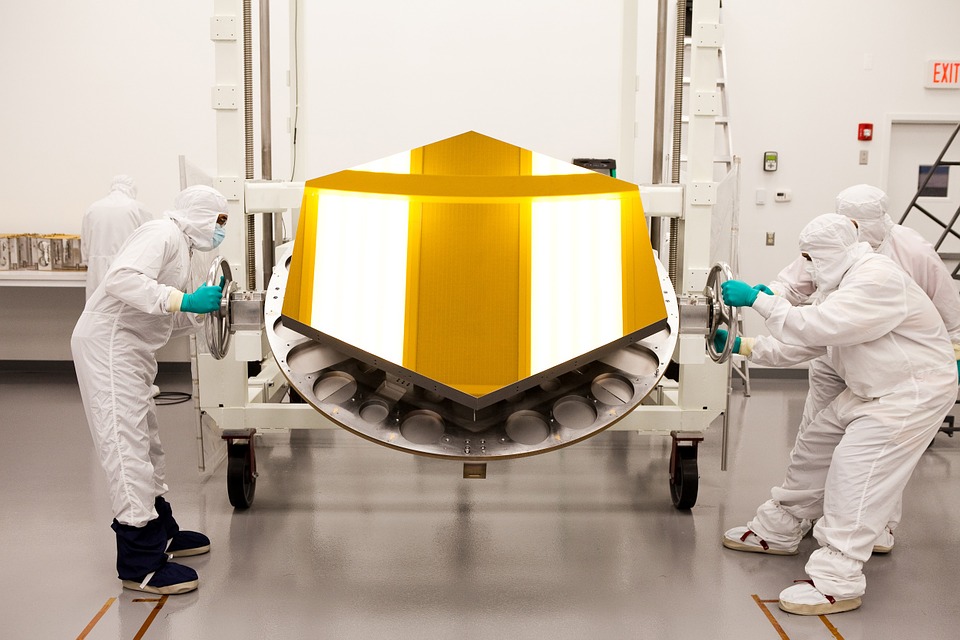 What are Precious Metals?

First let us begin by establishing a basic definition of the term precious metals.

Precious Metals - (n) a physical rare metallic chemical element of high economic value born from star supernovae. Precious metals tend to be less reactive than most elements (e.g. especially the noble metals). They are usually ductile, relatively soft, and have a high shine or reflection.

Where do precious metals come from?

Allow us to put our scientific  'nerd glasses' on to begin...

The answer to where precious metals come from strikes at the origin our scientifically explained existence.

Unlike financial derivatives (futures contracts, ETFs, future options, etc.) which are often confused or misspoken in the current financial media vernacular as perhaps being precious metals, the actual physical precious metals of this world are not born by bets amongst men nor are they drawn from equity issuances.

True physical precious metals all got their start in the same ways.

Don’t take out word for it, here is Dr. Michelle Thaller ( a NASA astronomer ) explaining where we humans, life giving elements, and all the various precious metals trace their scientific roots from.

What are the precious metals?

Most people learn from childhood onwards that both Gold and Silver are precious metals.

Further still with age, many may also learn that two of the ‘noble metals’ Palladium and Platinum are also considered precious metals.

Rare are the human beings who can rattle off the remaining list of precious metals such as:

What are precious metals worth?

The following four charts show the US dollar price per troy ounce of the most common precious metal investments and commodity exchange contracts.

Notice how over the long term, they all go up in price. There are some rather simple reasons this is always.

Physical precious metals are finite, US dollars in their current fiat form are theoretically infinite.

You can always find the live Gold Price here in US dollars per troy ounce.

Learn how current Gold Price discovery works at the bottom of that link’s page.

You can always find the live Silver Price here in US dollars per troy ounce.

Learn how current Silver Price discovery works at the bottom of that link’s page.

You can always find the live Platinum Price here in US dollars per troy ounce.

Learn how current Platinum Price discovery works at the bottom of that link’s page.

You can always find the live Palladium Price here in US dollars per troy ounce.

Learn how current Palladium Price discovery works at the bottom of that link’s page.

The largest most common physical precious metals are actively traded on commodity futures contract exchanges across the world where the vast majority of the price discovery action is settled by fiat currency settlements (US dollars, pounds, yen, yuan, euros, etc.).

Similar to the US government’s fixing of gold prices from 1933 - 1968 at $35 oz USD, eventually and from time to time, physical supply and demand market forces override the ongoing perversions of precious metal values.

For current gold and silver price discovery, the CME group’s COMEX is still the world’s largest determinate for ongoing silver and gold prices (along with London).

Since the year 2015, both COMEX and NYMEX exchanges have implemented price circuit breaker ranges into their intraday trade halting rules.

The following clip is the chairman and CEO of the CME Group (which owns both the COMEX and NYMEX) speaking about where the gold price 'should be' in the summer of 2017.

What are the rarest Precious Metals?

First we shall define rarity in terms of the least naturally occurring precious metal element in the Earth’s crust according to scientific data. Of the aforementioned precious metals, rhenium is only found at 0.7 parts per billion.

If rhenium was somehow equally spread throughout the Earth’s crust and we converted its rarity in terms of time, you could dig for over 2,700 years in order to yield 1 minute of rhenium.

Next level rarity is breaking down isotopes of respective precious metals (except gold and rhodium who only have one each). Most precious metal elements have varieties of various isotopes whose atoms differ in the number of neutrons in their nuclei. Silver has two of them and they each make up about half of the precious metal (107Ag and 109Ag).

Of course most of these calculation are stretched hypothetical calculator silliness. We are simply trying to explain what are some of the rarest naturally occurring precious metals we know of.

Are Precious Metals considered a commodity?

Yes as many precious metals are used in the creation and manufacturing of real world goods.

The most often traded and invested in precious metal commodities include platinum, palladium, silver, and gold which are all traded on commodities exchanges around the world. Below is a chart of their USD trading prices per troy ounce beginning with gold, silver, palladium, and ending with platinum respectively. Note their 1980 record price spikes mere months apart.

What are Precious Metals used in?

Gold - not only is it in old and newly issued monetary coins, investment grade gold bullion bars, etc. This yellow precious metal is relatively soft, ductile, and inert and therefore in its .999 fine pure form resistant to tarnishing making it great for jewelry, dentistry, and usage in other artifacts. Its chemical resistance to even hydrochloric and nitric acid makes it the perfect candidate for use in electrodes and chemical reactions. Gold also has applications in aerospace, fiber optic cabling, and solar panels. As well gold has cutting edge nanotechnology uses in medicine, engineering, and environmental management. Learn much more about gold here.

Platinum - a small portion is used in investment grade platinum coins and platinum bullion bars. Its flexibility makes it ideal for jewelry as well. Its chemical resistance to even hydrochloric and nitric acid makes platinum the perfect candidate for use in electrodes and chemical reactions. Learn more about platinum here.

Palladium - a small amount of palladium supplies are currently used in investment grade palladium coins. Moreover, platinum is also used in jewelry as well other industry-wide applications such as within catalytic converters to reduce CO2 emissions. Learn more about palladium here.

Rhodium - used as alloying agents for hardening and improving the corrosion resistance of platinum and palladium. It is widely employed in catalytic converters in automobiles as well.

Ruthenium - used in alloying agents for hardening and improving the durability of platinum and palladium. Its electrical properties make it popular in electronics as well in plating electrical contacts.

Iridium - often used as a hardening agent for platinum alloys. It can also form an alloy with osmium that is widely used for tipping pens and compass bearings. Crucibles and other equipment that need to be operated at high temperatures also use iridium linings.

Indium - used during World War II to coat bearings in engines (mostly airplanes). However, in recent times it has seen widespread use in creating corrosive-resistant mirrors, semiconductors, and various alloys. Furthermore, it is also used to facilitate electrical conductivity in flat-panel devices.

Rhenium - its high boiling and melting points make it ideal for use in high-temperature turbine engines and jet engine exhaust nozzles after it is alloyed with nickel to form superalloys with astounding heat resistant properties.

Are any Precious Metals still money?

Gold is still a monetary asset as about 1/5th of all the gold ever mined is still hoarded and saved by governments and their central bank partners.

One could also argue that silver’s historical role as mankind’s once daily money, and recent global silver bullion buying increases since the 2008 Financial Crisis, make it too a monetary metal of sorts (being held and safeguarded as a store of value by investors). Even Nobel Prize winning economist Milton Friedman cited silver’s leading monetary transactional record in 1993.

Are Precious Metals a good investment?

We live in a world monetary system that is based on government legal tender laws with partnering central banks, who use both direct and mostly fractional reserve bank lending for fiat currency issuance.

If all that sounds like nonsense, you may need to do some studying on the differences between physical precious metal monies vs fiat currencies (hard or digital US dollars, euros, yen, yuan, pounds, pesos, name any other government issued currency, they are all fiat).

It is mathematically prudent to have some allocation of one’s wealth held in physical bullion when living under a full fiat monetary system. Bullion is limited, precious, and scarce. Fiat currency systems by design are debt based and thus systematically function best when expanding (inflationary) vs collapsing (deflationary). Governments and their central bank partners tend to favor inflationary environments for their currency systems.

Studies performed against financial market data from 1968-2016 suggest allocating as much as 25% to gold bullion (possibly other precious metals too) vs other allocations in US bonds and equity markets (no equity dividend reinvestments or real estate investments where weighed in the specific study cited).

The full world’s fiat currency system got its start in 1971 with President Nixon’s ending of the last ties of the US dollar to gold. Gold, silver, platinum, and palladium have done many multiples in their respective values vs US dollars since then (notice the red line in the chart above reflecting the US dollar’s decreasing purchasing power since the August 1971 Nixon Shock).

Commercial bank JP Morgan now has a record sized silver bullion holding in its COMEX warehouse. Whether they are doing this for self-preservation or profits remains to be seen. What is apparent though is that their silver bullion position is now higher than any other entity in modern times.

Stockpiles of palladium bullion in the NYMEX system are also near all time low points in terms of open interest ounces vs NYMEX palladium holdings. This reflects the tight physical supplies of physical palladium and its recent rapid accent in price from 2016 until now.

What are ingots or bars of Precious Metals called?

In the physical bullion industry in the United States we refer to ingots of precious metals as bullion bars or even simply bars for short.

Bullion bars come in gold, silver, platinum, and palladium. The terms ingot and wafer is often used most in the United Kingdom or perhaps in Canada for wafer.

What Precious Metals should I invest in?

We created a free 21st Century Gold Rush guide here at SD Bullion to help readers determine perhaps which precious metals are best for their objectives.

Covered within that free document are fundamental supply demand factors for gold, silver, platinum, and palladium. As well contained is other critical content to help precious metals buyers use best-practice guidelines when buying, storing, selling, and shipping bullion items.

What are the best Precious Metals to buy?

The answer to this question is briefly covered here and as well in the free 21st Century Gold Rush guide we just mentioned.

If you have interest in physical precious metal ownership, we highly suggest you pick up your free copy.