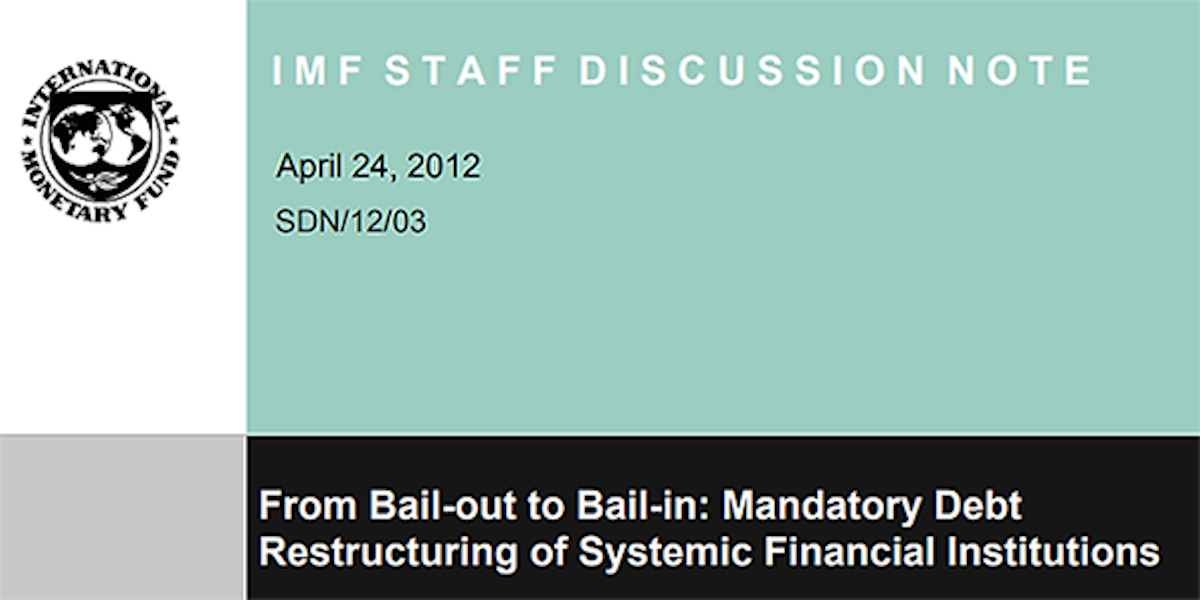 Having a prudent bullion investment position possibly makes more sense now than it ever has considering all factors. Not merely for the potential preservation of wealth, but also the potential of valuation gains as more investors come to the same conclusion bidding up precious commodity values.

Here we will explain some legal unsecured creditor reasons for why owning bullion outside the banking and financial system makes total common sense.

The global financial system was not structurally addressed nor adequately dealt with within 2008. Problems were papered over with cheap record level debts ongoing.

There has been an over 50% increase in global debt levels since 2007. The value of gold bullion has consistently kept climbing to account for record debt level growths.

Every major financial crisis keeps growing more extensive, and the next ones will likely be at the commercial bank and sovereign nation level.

Thus since the 2008 Financial Crisis, many new financial spillover lock-down laws have been quietly put into place in the USA and around the world (G20 nations). A glance at a former Fed governor, John Exter's pyramid, and you will likely understand some potential solutions we are about to suggest. Onwing some bullion and physical fiat cash notes in hand, for the potential of a financial lockdown and crisis to come.

Bank Bail-In Laws Still on the Books into the 2020s

Here we will cover some rather drastic anti-financial spillover laws which have been put into place for real reasons by the BIS's FSB at the G20 meeting in late 2014.

As well as major commodity futures exchanges (e.g., COMEX) have also geared up its trading rule bok for increased price volatility ahead.

These are facts with which you can choose to ignore, at least for now.

Here is William White, the former head of research for the central bank of central banks [the Bank for International Settlements (BIS)] speaking in late summer 2017, about the global debt-induced destabilization only worse now two years later.

The financial system is now mathematically more unstable and fragile than what many record nominal prices are conveying to investors.

The following new trends and laws are signposts we must address for wealth preservation ahead.

Since the end of 2014, new G20 Bank Bail-In Laws have been signed and put into supra-national law.

Average bank depositors are now legally treated as unsecured creditors even in the largest economies of the world.

The following is a basic description of the G20 and a definition for Bank Bailins.

G20 - (n) the world’s largest 19 national economies, including the USA, and the European Union together, a group of 20. Additionally, there are representatives of the International Monetary Fund (IMF) and the World Bank. The G20 finance ministers and central bank governors began meeting in 1999, at the suggestion of the G7 finance ministers in response to the various financial crisis in the 1990s. 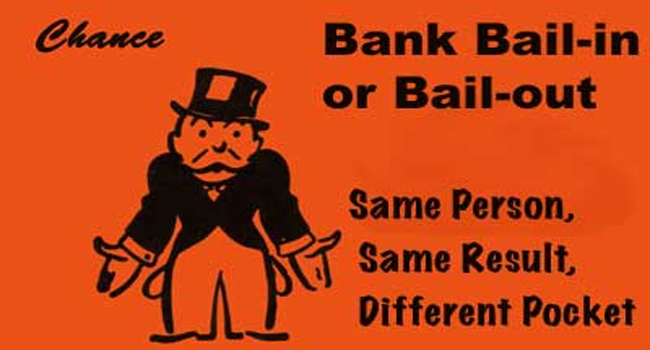 In case of potential future bank solvency failures, the G20 bank bail-in solution got signed into supranational law late 2014. It is still a law in as of writing this in late 2019 here in the USA.

While bank bail-ins are relatively newly signed supranational laws. They are purportedly the brainchild of the IMF’s former managing director, and likely soon to be European Central Bank head, Christine LaGarde.

What about the FDIC in Bank Bail-ins?

In the United States, the Federal Deposit Insurance Corporation ( FDIC ) currently offers a $250,000 USD limit in the USA per depositor, per FDIC-insured bank, per ownership category.

The FDIC is fully aware of new bank bail-in laws yet continues to give both US citizens (and even the world) the misguided assumption that the government will always backstop and insure bank deposit accounts.

Perhaps not so on a real basis, especially following an actual bank crisis where global systematically important banks (GSIBs) of financial institutions are rendered insolvent by bad derivatives bets or otherwise.

Many currently argue that if strick GAAP mark to market accounting standards got applied to their current balance sheets, many commercial banks would likely be insolvent today.

If having to write down enough bad bet bets and derivative losses (see image below), these big bank names could vanish.

They are now not too big to be legally ring-fenced, bailed-in, and possibly consolidated into other banks. During such a process, 'average joe' bank account holders would be likely be taking haircuts and delayed in retrieving a percentage of what funds they may have had with the bailed-in bank. 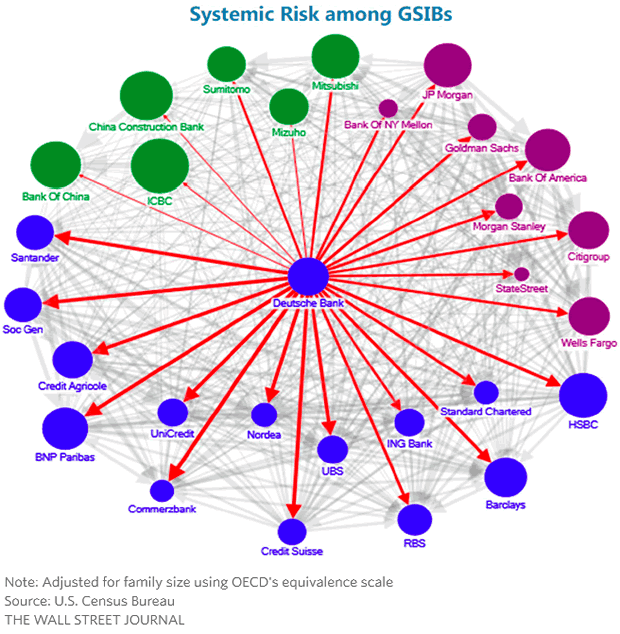 As recently as November 8, 2017, the head of the European Union’s central bank (the ECB) has proposed to ultimately end bank deposit insurance for any bank accounts throughout the EU.

Bank bail-ins have already occurred in Cyprus and Spain, and nearly recently happened in both Italy and Portugal.

Many necessary once long-standing financial statues have gotten quietly adjusted since 2008. Financial lockdown laws and mechanisms to avoid spillover effects are now ready.

Money market mutual funds ( supposedly almost as safe as bank accounts ) can now legally be shut down. These new 2016 laws were put into place by the SEC to prevent digital bank runs.

Mutual fund redemptions can be suspended, with the principal investment now possible to be paid back at less than par (the amount that got invested initially). In other words, during a real market crisis, withdrawing mutual funds may be impossible or at a substantial haircut or loss. Once the crisis subsides, you still may receive back less than each $1 of principal invested into the supposedly safe mutual fund.

The future consequences of all this could be far-reaching, perhaps to the base of Exter’s inverted financial pyramid.

The famed Exter Pyramid helps show investors that in a liquidity crisis and financial spillover events, the assets with the least counterparty risks tend to perform best.

Investors concerned about potential bank bail-in policies could frequent their local ATM every few days and withdraw max limits to build enough cash. Amounts perhaps appropriate enough to get through a few months of the future financial crisis, and potential liquidity freezings, even cashless lockdown laws limiting withdrawals in the land of the free.

As well, of course, physical bullion in hand and within professional non-bank storage is impervious bank bail-ins.

Political and economic events do influence the short term price of precious metals. But it is dubious and naive to believe that what we see today resembles a real free market price for precious physical metals.

If and possibly when the world at large starts to demand immediate physical delivery of their gold bullion (or other physical precious metals), the current highly-leveraged fractionally-reserved derivative markets will be forced to adapt. Similar to the fall of 2008, where deliverable physical bullion drives the price for physical gold and silver more so than even the spot price can. The financial world is wholly unready for such a scenario. Gold may eventually go no bid for long durations of financial market stress.

NYMEX / COMEX futures contract ‘price circuit breakers’ have been recently readied in late 2015. These new rules await what is possibly going to be an unorderly future for gold and other precious metal futures contract prices. 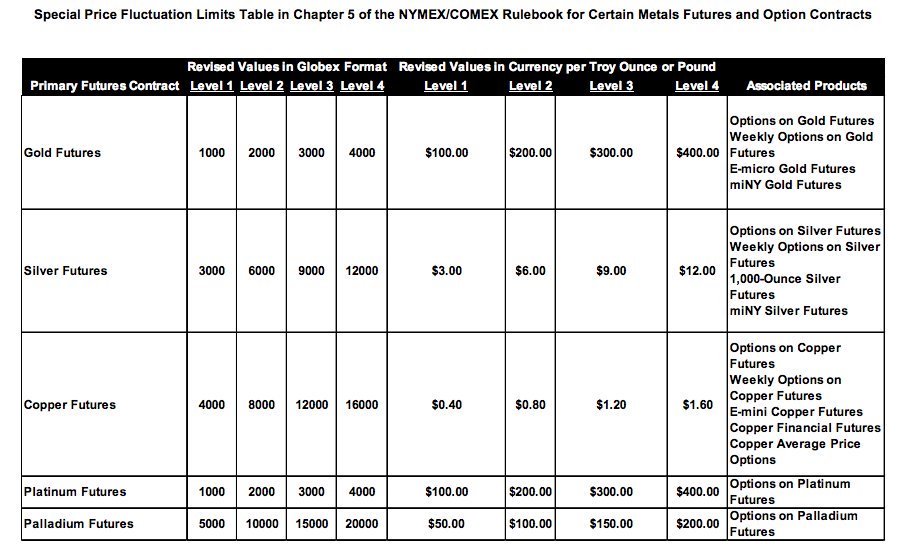 We suggest preparing for what these many morally bankrupt trends portend. Have both prudent allocations of physical cash and physical bullion holdings outside the financial system.

If these recent financial lock-down law enactments and futures market rule changes do indeed get put to real-world use, you will likely be happy you did so ahead of time.

To prepare and safely buy bullion, and better understand how to sell bullion successfully, we suggest you pick up our free SD Bullion Guide by email right now.