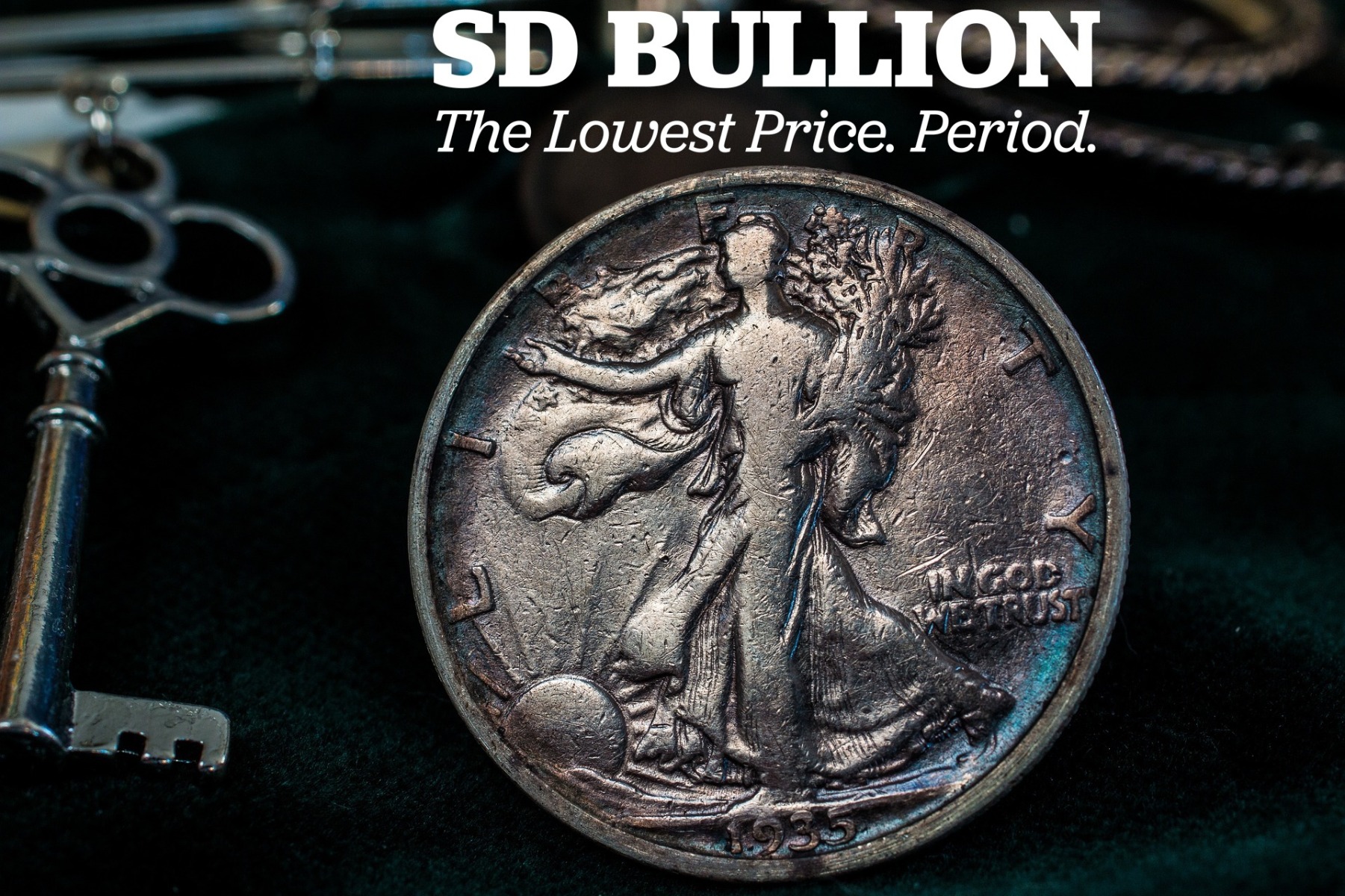 Here we will discuss the current state of the Junk Silver Coin world and how it limited supply continues to dwindle year after year.

The United States used silver coinage for most of its history. These 90% Silver Coins are some of the last remaining silver coin legacies of our forefathers.

The difference is in the name you prefer to use.

Some people don’t like the word “junk,” even though it doesn’t mean it’s trash, and some people want to use the word Constitutional because the US Constitution lays out the requirement for a bi-metallic gold and silver standard.

But no matter which names you prefer, it all identifies the same silver coinage in general.

That said, it wasn’t until the Coinage Act of April 2, 1792, when the congress defined those weights and measures in exact figures.

Most people don’t realize this, but the original definition of one dollar (as in $1.00) is a specific weight and purity of silver bullion.

Here it is straight from the 1792 Coinage Act:

One of the best free websites to track Constitutional Silver Coin melt values is called Coinflation.com, below is a screenshot from their silver coin value page. 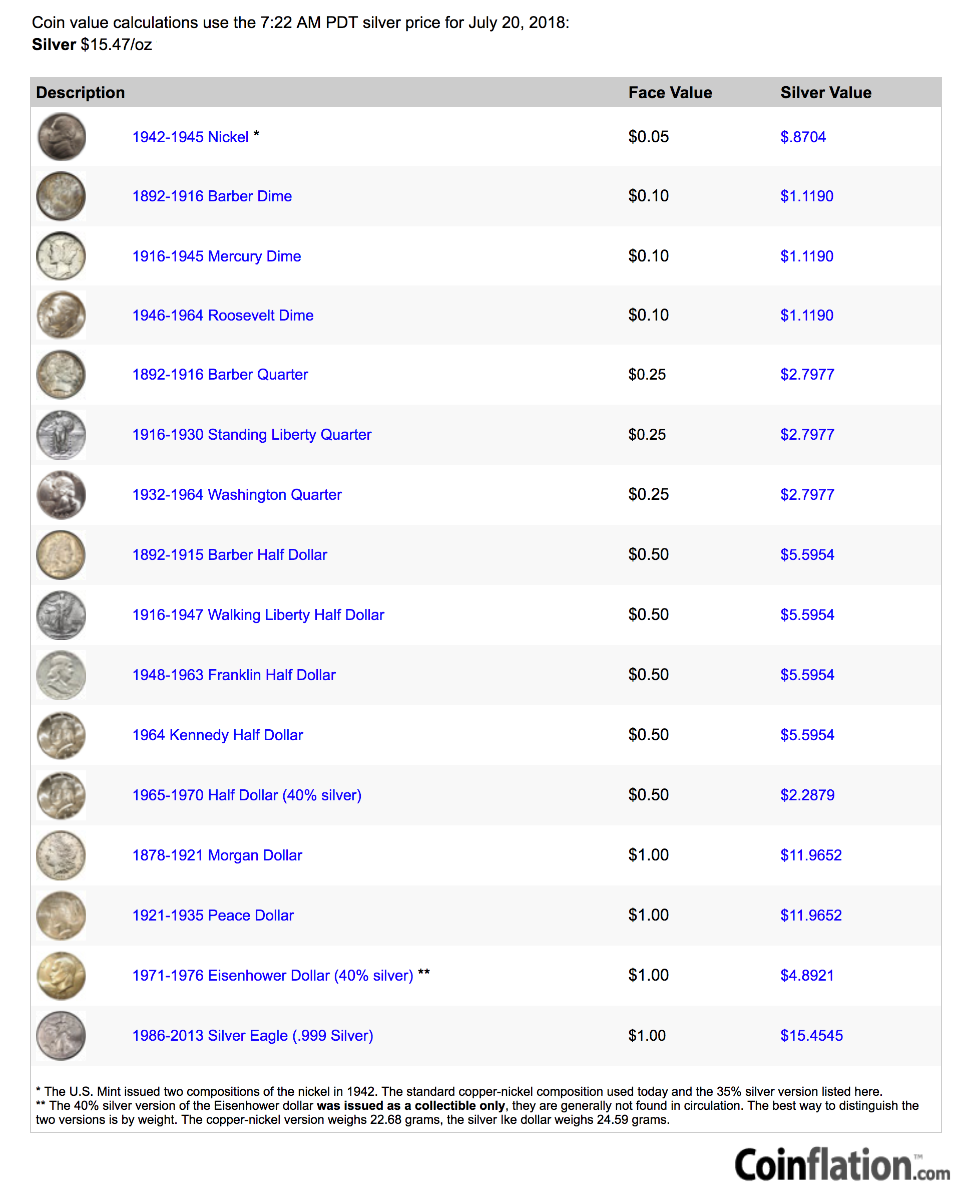 The United States has used silver coinage for most of its history.

That is to say, what is normal is for the United States to have silver coinage.

What is not normal is to be using these mostly zinc or cupro-nickel coins whose melt values are way lower than their legal tender face values. Have a look at how little your pocket change is truly worth in metal value.

Constitutional silver coins are some of the most sought after silver there is, and one of the coolest ways to begin investing in silver.

Let’s dive into why this is the case.

First of all, 1964 was the last year the US minted circulating 90% silver coins. Which means there is a limited fixed supply.

All of the US 90% silver coins that have ever gotten produced are finite, and there are no more getting created. Most of the 90% US silver coins made have likely been melted by now into other industrial silver requiring products, gone forever from the legal tender silver coin supply.

Junk silver coins get sought after for their silver content, and they have collector’s appeal as they are indeed a part of history in your hands.

There are many different designs on the coins too. There are several varieties of eagles and obverses.

For example, the American Silver Eagle bullion coin of today is a rendition of the obverse of the Walking Liberty Half Dollar. There is also the Ben Franklin obverse of the half dollar.

There is the 1964 JFK half-dollar coin (the only year the JFK half dollar coin got minted in 90% silver). Those are the most common half dollar because they are the least vintage. There are also Seated Liberty half dollars, Barber half dollars, and so on. The older the design, the more expensive - generally speaking.

For the most part, unless you are buying a graded coin or a roll in a brilliant uncirculated condition when a silver investor is buying junk silver, they are buying circulated coins.

In other words, 90% US silver coins that get used in day to day transactions way back when. The general population indeed used older US 90% silver coins before moving out of circulation. 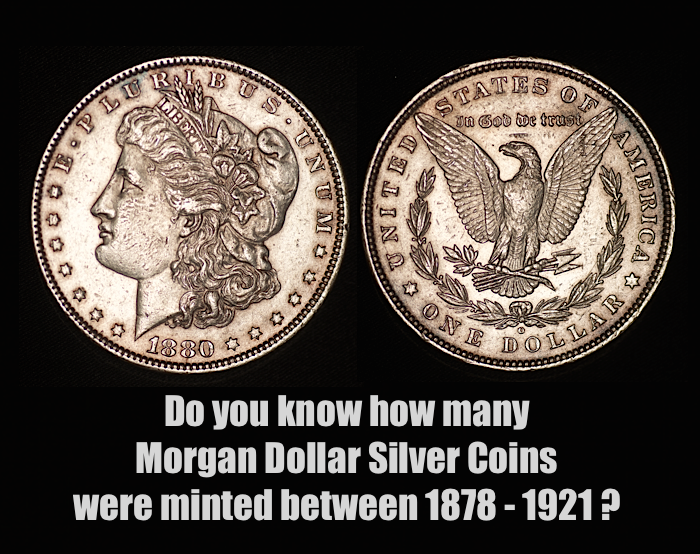 Find out how many Silver Morgan Dollar Coins were Minted.

Therefore, when buying circulated 90% silver coins, some will look very pretty, and some will look very rough. Most circulated 90% silver coins have worn over time and use. Their exact silver weight may have gotten slightly diminished with wear on the coin (minute silver flecks have fallen off with wear and tear). That said, every $1 legal tender face value of 90% silver coinage typically contains .715 troy ounces of silver bullion value (learn how we define silver bullion here).

Does that mean that if an investor buys a $100 face value bag of 90% silver that it will weigh exactly 71.5 troy ounces of silver?

No, and it has to do with the circulated condition of the coins so that it might contain 71.4 troy ounces again due to this wear-n-tear mentioned above.

That said, most silver investors are not looking for the exact weight, but they are looking for the face value, understanding there is a slight variation in precise troy ounce weights due to their original stamping variance and the wear over time as some silver inevitably got worn off over time.

What if a silver investor gets coins that have become worn smooth, with holes drilled in them, with them having gotten clipped, or something else that would severely diminish the weight?

Those would not get sold as circulated coins.

One more note about the whole collector’s/historical value of Constitutional silver coins, recall the statement that all the 90% silver coins that have ever since got minted have gotten minted.

Some junk silver coin buyers prefer to have coins with natural hues from our forefather's dirty palms and fingers.

But if you are interested in getting the grime off some standard and common-dated junk silver coins, the following video explains how you can do so easily at home with simple ingredients.

Much of the silver coinage was melted down in the 1979 and 1980 period when silver spiked in price to near $50 oz. Some experts estimate that 98% of all junk silver coins were in line to be melted down during those spiking silver price periods around the 1980 silver price spike. It means that 90% silver coins are even more scarce because of having been melted down over the decades since their final production.

And that was not just something that happened in 1980 either. Earlier this year (2018) Silver Doctors broke a junk silver coin story on renewed melting down of 90% silver coins again due to lacking demand.

Although many people think it is illegal to melt 90% silver coinage, it is not. What is unlawful is to melt down pennies and nickels, but not the 90% silver coins from 1964 and prior.

You can read about this directly on the US Mint’s website.

So while it is right to say that from a historical perspective, all that has ever got minted is out there already. Most of the 90% silver coins which have got minted have been melted down and cast into .999 silver bars or silver shot for use in industrial or modern-day silver bullion applications.

All the US 90%  junk silver coins ever minted is all there will ever be, and because of the many decade-running meltdowns of these 90% silver coins from the late 1970s into the future, said 90% silver coins have and will become even more scarce.

Why else are Silver Investors drawn to Junk Silver Coins?

The short answer is due to their low price premiums vs. their historical values.

Below is a short video explaining some of the reasons why silver investors often buy 90% silver coins.

There are two components to the price of any silver coin - the silver content, and the product's price premium above the live silver spot price.

This tenant is valid for all silver coins, including 90% silver coinage.

An investor pays the market rate for the weight of silver they are buying (silver spot price), plus the additional premium that the product carries.

The more sought after, collectible, limited edition, and multiple inputs all factor into what the premium is for any given silver coin or other bullion bars/ rounds out there.

With junk silver, it is a little different.

When silver endures periods of low demand, as it has lately, the premiums on junk silver are very low.

Conversely, when silver demand is very high, the premiums on junk silver go up because those who hold the coins must be enticed to sell them. Remember - it’s not produced anymore, so it has to come out of investors hands to get into the market.

This fact is best illustrated with this decade long chart on 90% silver coin premiums below. 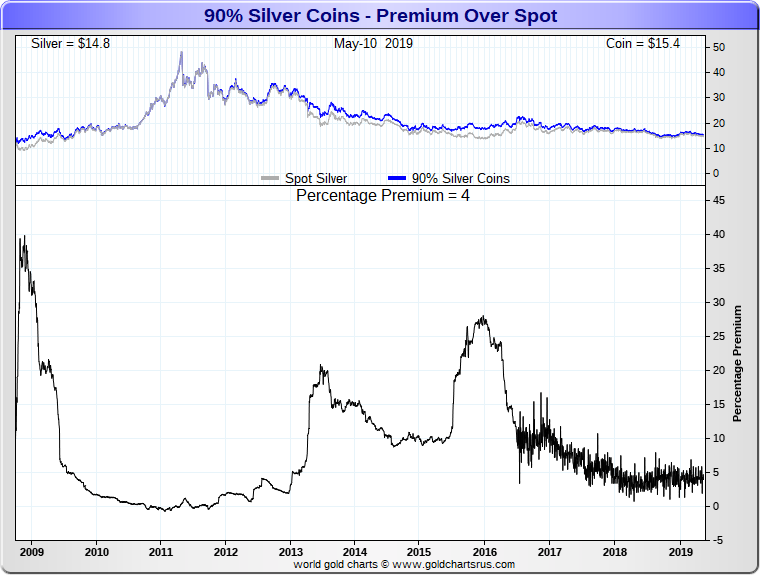 For example, when 2015 silver prices were bottoming, the demand for silver bullion products increased dramatically.

In fact, in 2014, the US Mint set a record for the number of American Silver Eagles sold.

Then in 2015, it broke that record, and to date, the year 2015 remains one in which the US Mint (see the data on the bottom half of the page) sold the most Silver Eagles Coins.

So we see that in 2014 and 2015, silver demand took off, and it was for all silver products, which includes generic rounds, and also the junk silver coins. In the chart above, we can see that the premiums on junk silver increased to a percentage premium of over 25% above silver spot prices at the start of 2016.

The fall of 2008 (far left on the chart above) is the most significant glaring premium spike, and it was due to many weeks and months where silver bullion dealers had little to no silver products on their shelves and orders were back-ordered for months at a time.


What do ongoing Junk Silver Prices mean for Silver Investors?

There is a double-play here when the premiums are low, as they are right now.

When there is a strong demand for investment-grade .999 silver bullion, governments mints and private mints can ramp up supply to meet that demand. Much of the silver sourced in doing so comes from the further melting of 90% silver coin supplies.

Again, there is no ramping up on the supply of Constitutional 90% silver coins because they get no longer minted. With world and US population growth since 1964, don't hold your breath waiting for a day in which we use silver coins in day to day commerce in mass.

Thus during high demand duration, higher price premiums must be offered to potential silver coin sellers to entice their 90% silver coins to come to market.

Finally, there is an unspoken rule in the gold and silver coins space, so to say and it has to do with junk silver. The unspoken rule is to watch the junk silver market to gauge the ongoing silver bullion market's supply-demand in general.

When price premiums are low, and junk silver is plenty, the demand for silver bullion is not that strong. But when premiums are high, and some of these US 90% silver coins become scarce (like trying to buy Mercury dimes instead of the more typical Roosevelt dimes), those dynamics tell us demand for investment-grade silver is robust.

In other words, if one wants a gauge for the status of the silver market, one can look to the availability of, and premiums asked, for 90% silver coinage.

No matter what you call it: Constitutional silver, 90% silver, or junk silver. It all means the same thing. But whatever you call it, it’s not junk or rubbish in the general meaning of the word.

Constitutional junk 90% silver coins will remain sought after silver, which is both continually dwindling in quantity. As well a majority, an integral part of American history one can own outright still today.