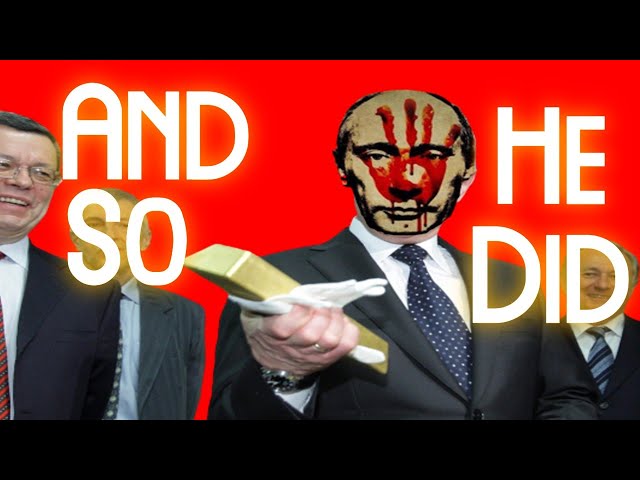 Inflation or Growth - What Will the FED Focus On?

The Russian invasion of Ukraine may kick off the most significant changes to the post-WW2 international order and the global financial system to come.

To get an eastern perspective on what has happened last week. We turn to Beijing, China-based media group Caixin, which published an opinion piece Saturday morning entitled, "Ukraine is Only the Start as Putin Reasserts Control of Eastern Europe," written by news editor Xu Heqian.

Yesterday, Jim Bianco of Bianco Research stated the US is weak because of its dependence on high asset prices and low inflation. At the same time, Europe is vulnerable because it relies on Russian energy. How do they stop Russia and China from doing anything?

Today Jim Bianco and others are on Bloomberg discussing the difficult situation western central banks and particularly the United States.

Tavi Costa pointed out earlier today early tremors tell of a continued rollover in tech stocks stating the last 21 times Nasdaq had an intraday reversal of +5%. It happened during brutal bear markets.

And while the tech high fliers might be masking what is happening underneath the broader stock market, the worsening underlying fundamentals speak for themselves.

They claim that 10% U.S. CPI is now on the radar and that its coordinating central banks may have to live with inflation.

This current state of inflationary affairs was deliberate and coordinated embarked upon in August 2019.

Meanwhile, other media outlets thoroughly debased themselves further this week.

The gold spot price shot up briefly towards $2000 oz, with the silver spot price hitting as high as $25.60 oz. Only to see massive stop-loss cascades in what some might see as simply buy the rumor sell the news price action.

But judging by outsized COMEX silver futures trading volumes, one is left again to think about how truly asinine our current precious metals price discovery markets genuinely are.

hard to see but over the last 2 yrs

it was a high volume $SI trading spike indeed

Trade volumes from late last week's COMEX silver trading in their current context. The chart above shows that over a more than two-year timespan. There have only been a few brief other durations of time when silver was threatening to blow through $30 oz, did we see algorithmic derivative price selloffs in such size and scale.

Such silver derivative selloffs might buy this fiat financial system further and more credibility in appearance. Still, underneath in the real world, real upside pressure via increasing physical bullion demand is building for a tremendous breakout ahead.

This week, I noticed, akin to my belief building from a while ago, that the NYMEX platinum market will eventually look like the NYMEX palladium market. Shallow and fragile price discovery versus increasing physical platinum bullion demand.

The NYMEX platinum market's underlying warehouse inventory levels are now nearly half of its 2021 pandemic-driven arbitrage peak. Over 320,000 oz of platinum has withdrawn from the NYMEX in less than one year. My bet is much of that has flowed to Hydrogen infrastructure building China.

As gone #Palladium oz,
so too will historically cheap $Pt vanish

Platinum is still priced at just over $1000 oz and remains about as cheap as it has ever been versus ramping gold prices historically speaking.

Following up on last week's Canadian Emergencies Act debacle which has since been supposedly retracted by Canada Prime Minister Justin Trudeau, probably the most telling clip of that nation's underlying issue was put on display in its House of Commons last week when the usurping influence of the World Economic Forum was brought up for debate. Watch this house speaker's face, and the emotional likely on target overreaction its brief mention stirred up.

Maajid Nawaz went on the highly popular Joe Rogan podcast this past week and he had the following excerpts to warn about central bank digital currencies known by shortened their acronym, CBDCs.

Not a good week for fiat #CBDC propagandists

Tens of millions of mostly male conservative normies heard that information warning around the world this week.

Most people in the USA and Germany for instance were unaware of potential CBDC control grids in development.

Do you think many are also going to begin learning about physical bullion to possibly front-run these central bank control efforts bearing down upon us globally?

That is all for this week, as always to you all out there.