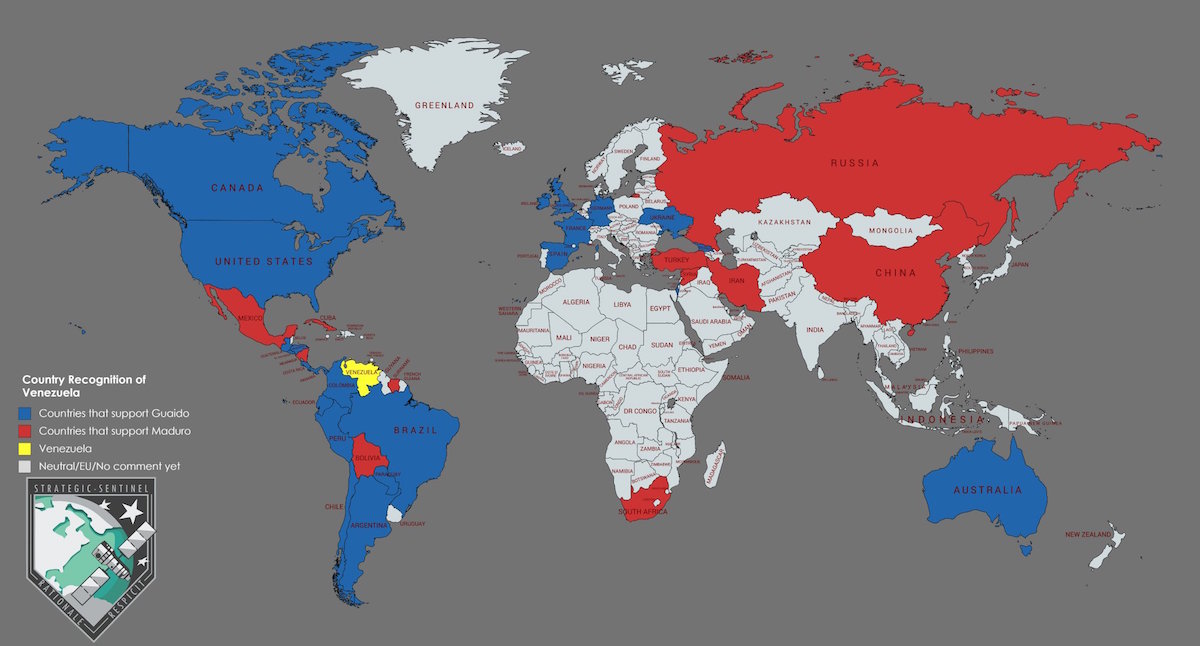 Silver and gold had solid weeks in positive price action.

The silver spot price appears to be closing at or just below the $16.00 oz level.

The spot gold price rose about $20 over the week, closing near the $1320 US dollar per troy ounce level.

As mentioned last week, we have a returning guest who took time to discuss the ongoing proxy war ramp up in Venezuela.

What does this former advisor the 1990s Venezuelan President have to say on the matter.

Who are the proxy war players? What are their interests?

How have seemingly endless sanctions by the Trump regime affected the intensifying situation?

Other topics include our guests actual policy prescriptions for failing fiat currency states. He has a track record of success in this department.

Is this merely Latin American US imperialist policy ongoing?

Welcome to this week’s metal and markets wrap, I'm your host James Anderson of SD Bullion.

With us this week a returning recent guest to this bullion related podcast: Professor Steve Hanke, Co-Director of The Johns Hopkins Institute for Applied Economics, Global Health, and the Study of Business Enterprise.

We spoke about a month ago, and as I told you in one of our prior correspondences, I did not think we would come back to you so soon. But this latest major news in Venezuela (involving Russia by proxy) brought this call on.

Professor Steve Hanke is a leading expert on the subject of hyperinflation, ongoing hyperinflation data. Professor Hanke has been an adviser to 5 foreign heads of state and 5 foreign cabinet ministers. He also served on President Reagan’s Council of Economic Advisers.

Mr. Hanke even worked first hand with the then Venezuelan President Rafael Caldera in 1995 and 1996 before Hugo Chavez took over in 1999.

I'd like to start with the larger picture here if we could.

Following World War 2, Venezuela was one of the most prosperous nations the region had. Things began to change for arguably the worse in the 1970s and 1980s.

Can we perhaps begin with a bit on Venezuela's past and then perhaps move into the present day situation?

What he learned from his 1995-1996 President Rafael Caldera experience? 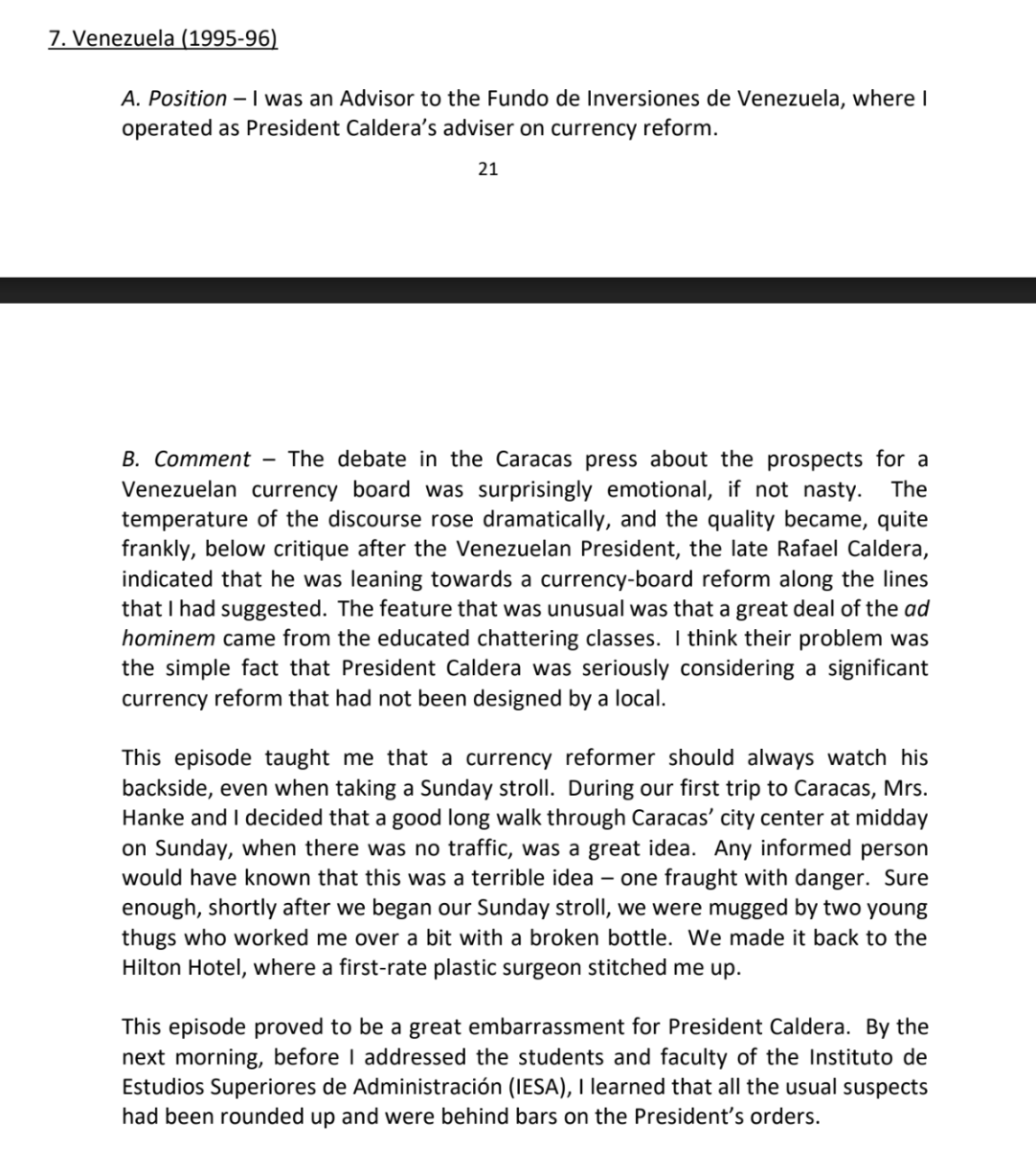 Aside from looting the state run oil company, what other sources of funds has the Maduro regime allegedly used to perhaps pay off military leaders in order to thwart past coup attempts?

Did this recent Trump administration move to declare Juan Guaidó as the acting President of Venezuela surprise you?

And I have seen you asking via twitter, does Juan Guaidó have any concrete policy prescriptions or economic ideas?

Does this current situation not play into the hands of the Maduro regime and often far left assertions that the US imperial regime is simply going for the oil and other mass resources still in the Venezuelan ground?

Any insights on what Colombia and Brazil are thinking? 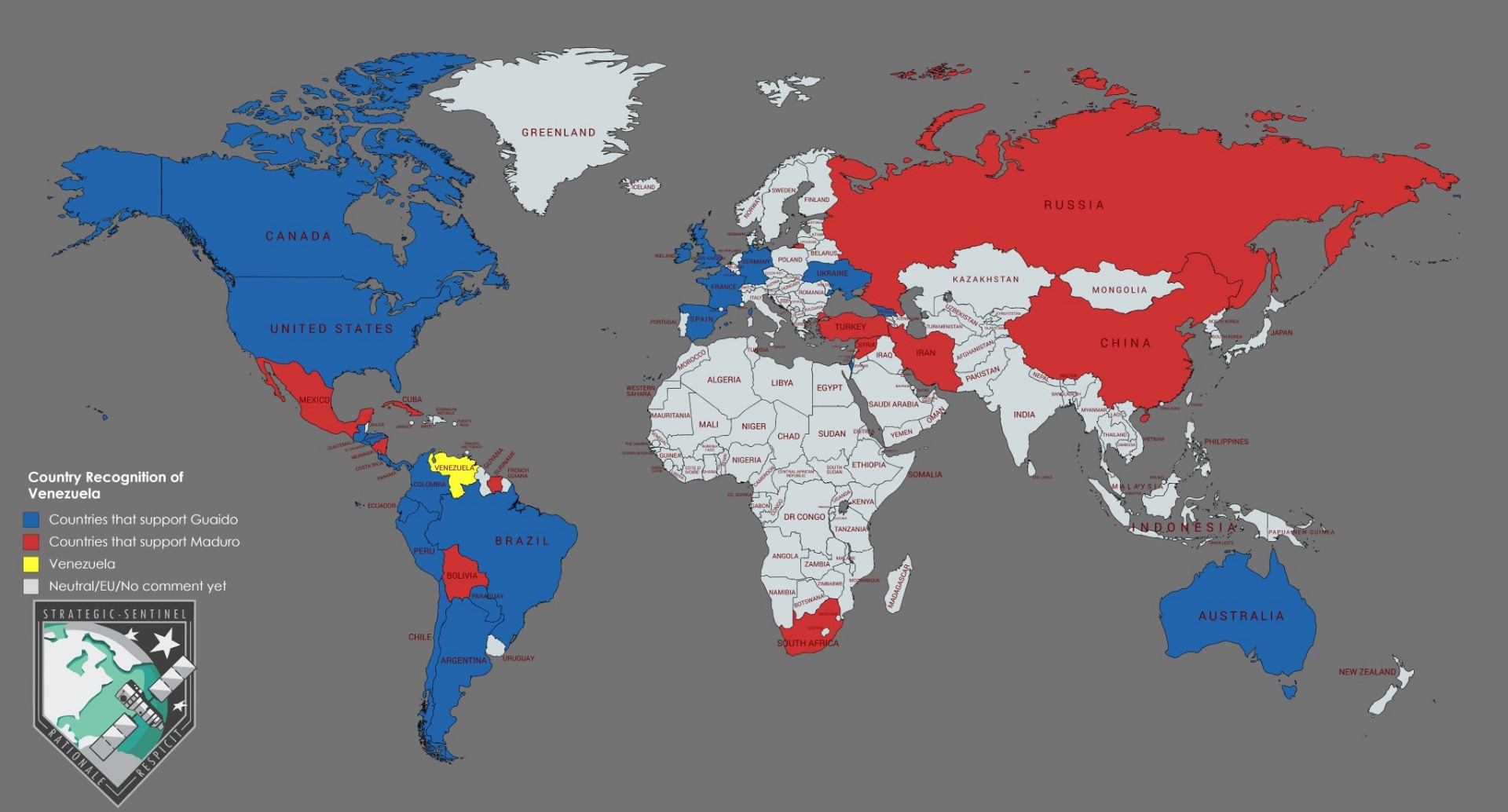 Limited interest on the topic of Venezuela, yet it does appear we may be witnessing a Russian Chinese vs US proxy war happening real time in our back yard.

Is there not a larger geo-political game afoot here?

Socialism is often inferior to constrained capitalism regarding economic output and general populace's overall well being.

Are you concerned about the trend in the USA with growing socialist political trends of late?