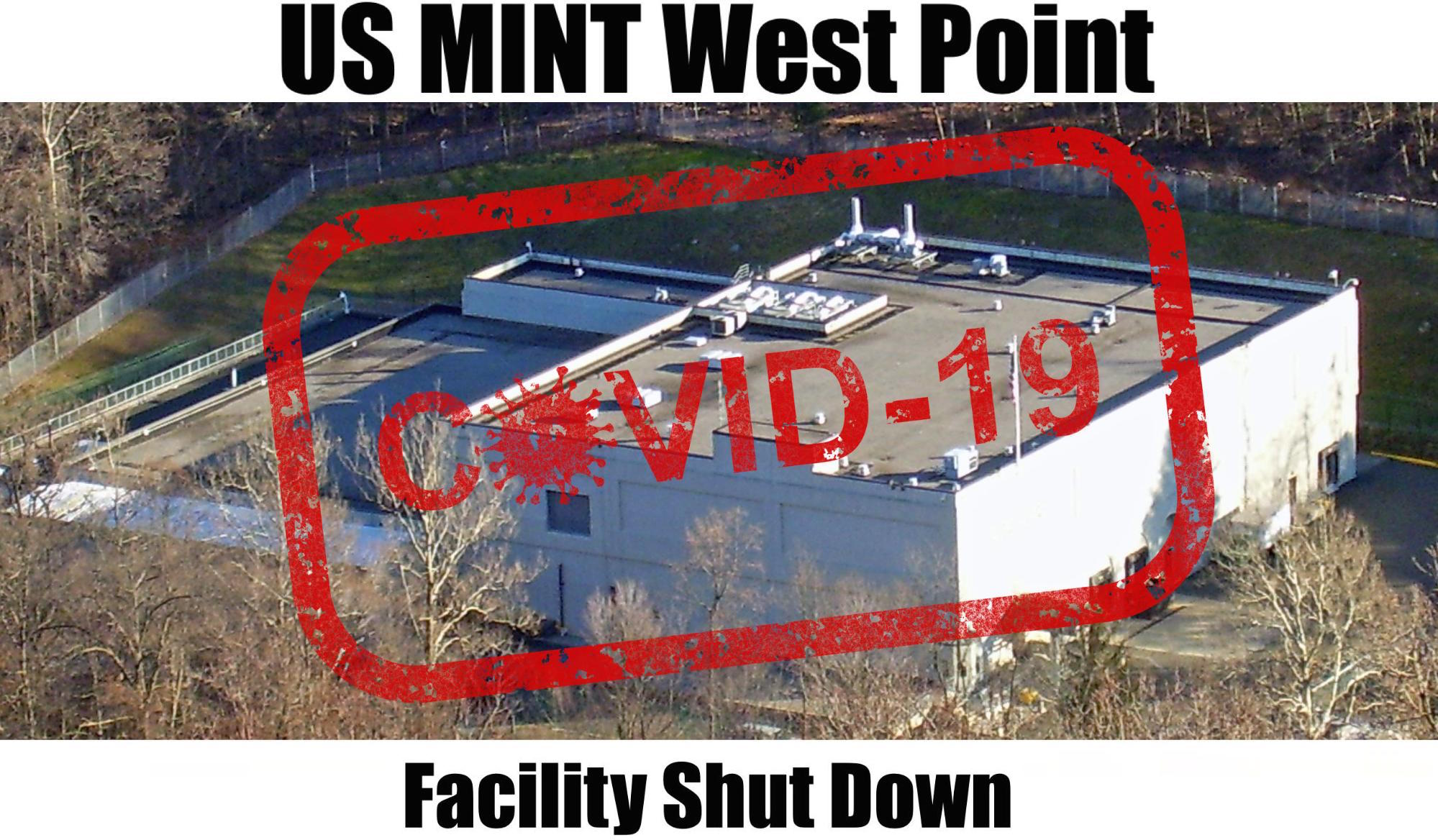 US Mint Shutdown by CoronaVirus

Word out from the US Mint today confirms a temporary shutdown of the West Point facility.

Apparently one of the facility’s most significant Police Officers recently tested positive for COVID-19.

During this shutdown, no new US Mint bullion coins (like 2020 Silver Eagles) will be produced and allocations of these products are indefinitely suspended as well.

This latest bullion industry shutdown is added to a long list of other government bullion mint shutdowns over the last few weeks of time.

We have been documenting and also suggested this news from the US Mint today was only a matter of time to arrive.

Update to the @0:33 email correspondence in the video above and communications we received then from primary  US Mint bullion coin purchasers.

US Mint spokesman Michael White as reported to have stated the following on March 30th, "The United States Mint is not shut down. On Saturday, March 28, a West Point Mint employee tested positive for COVID-19. Out of an abundance of caution, the West Point Mint paused production. During this temporary shutdown, we performed a thorough cleaning and disinfecting of the potentially impacted areas of the facility. The reopening plan for the West Point Mint calls for operations to restart at 7:30 a.m. on Tuesday, March 31. All production shifts at the West Point Mint will operate on Wednesday, April 1. The United States Mint continues to produce and distribute circulating coinage at the Denver Mint and Philadelphia Mint.”

So officially the US Mint is not shut down by Coronavirus, yet there still remains an acute bullion industry shortage of 2020 Silver Eagle coins and 2020 Gold Eagle coins now one week into April 2020.

It remains to be seen if the US Mint will one day again be able to return to its past heydays (2009 - 2016) peaking with bullion coin sales volumes of over 40 to even near 50 million ASE and AGE coin issuance combined per many peak years.

In other words for the #USMint will
they ever see output like this again?

We all have questions of course but if you know your American Eagle Bullion Coin program laws, you would know that the buck stops with current US Treasury head Steve Mnuchin.

Perhaps we could ask him when and at what production volumes upon West Point staff returning to the US Mint will suffice the public’s American Eagle bullion coin demand.

Surely as in arbitrarily choosing whom to bailout and whom not to bail out, Mr. Manuchin will know the answer down to the troy ounce as well.

Stay safe out there everyone.