Before the last major financial crisis, supranational banking institutions such as the IMF or the World Bank often release general forewarnings about the deleveraging and bankruptcy events about to hit the fan.

As an obvious outshoot from this ongoing global viral lockdown, her recent urgent financial crisis warnings have now been headlined and documented by major financial media like Bloomberg and the Financial Times.

She described the global fiat currency creation’s size and scale akin to wartime spending in that interview.

And with headlines like this, we’re hoping to refinance at lower pinned down interest rates while not stopping more currency creation anytime soon.

And if we keep up at this pace, and over $10 trillion Fed balance sheet will be had by this time next year in 2021.

The correlation between a ballooning Federal Reserve balance sheet and rising gold and too silver prices is genuine, as you can see in this 21st Century. 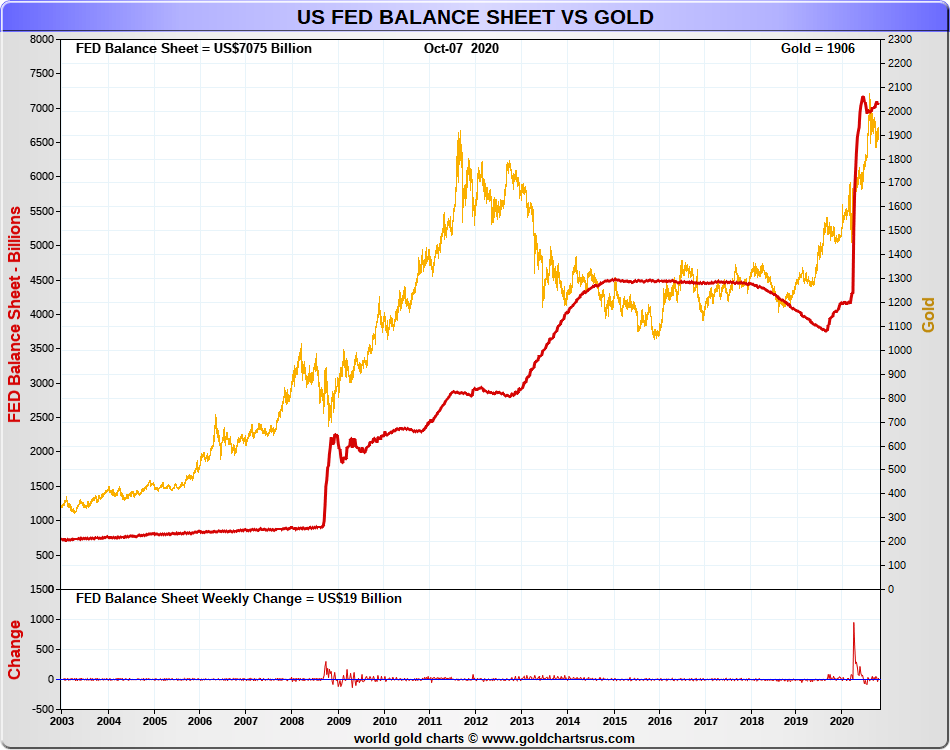 Reuters was out rubbing salt in long time precious metal investor wounds this past week.

Firstly by reminding us that without criminal prison sentences and the firings of CEO, the board of directors, and executives. Commercial bank crime and market rigging as a business model is not going to be deterred.

Reuters poured even more salt on later in the week by showing off a 3d rendering of a gigantic skyscraper that alleged Racketeer Influenced and Corrupt Organization JP Morgan is planning on building.

At 1,425 feet, it would be the second-tallest office building in Manhattan behind One World Trade Center, nearly 200 feet higher than the Empire State Building and 225 feet above the nearby Bank of America Tower, according to the Council on Tall Buildings and Urban Habitat.

I know architecture is a kind of subjective subject, but to me personally, it looks like JP Morgan wants to have their future headquarters look as if it’s giving the middle finger to the rest of the world at all times.

We are moving on to more positive news.

The Silver Institute was out making headlines this week highlighting that.

Globally, silver bullion coin demand is up strongly, with a 65 percent increase in demand over the first three quarters. This was due to strong sales in the two key bullion coin markets, the U.S. and Germany, with both seeing substantial double-digit gains over the first nine months.

Silver bar demand has also risen sharply this year, led again by the U.S. and Germany. This growth has been partly offset by weaker demand in India, particularly in recent months where price-led liquidations have emerged.

As I have been warning on this channel for some time now, when Indian silver demand returns to typical 2010s levels, we will likely witness a short squeeze that will make the silver price catch fire.

The lack of silver mining already reported to be -7% off from last year’s silver mine supply,

The unemployment numbers remain terrible. The road to some semblance of a recovery is still long and full of other financial crises inbound.

So look, the bottom line here for physical silver is this. We’re headed for a massive silver short squeeze in my humble opinion.

Perhaps this is why JP Morgan’s record COMEX silver pile has again reignited to the upside too. That warehouse alone now has nearly two times the supposed silver market cornering Hunt Brothers ever had in physical bullion holdings.

India’s sleeping silver demand nation alone imported over 180 million ounces of silver in five of the ten years of that decade.

What is the silver market going to look like when the sleeping silver giant returns in earnest?

What are silver dependent companies like Samsung, Apple, and Tesla going to do when they get caught flatfooted on the silver bullion supply crunch to come?

Well, my contention is they, other industrial silver users, and investors will be paying substantially higher prices sooner rather than later. The coming years are lining up well for both the price of gold and the price of silver.

Thanks for coming by. Take great care of yourselves and those you love.