Will the infrastructure spend be enough to fill the void left by the surging unemployment?

An all-time record high nearly 3.3 million unemployment claims were filed as reported on March 26th, and the number is off the US Department of labor's own chart:

To say that unemployment surged is an understatement as the number of weekly claims blew-out the previous record by nearly five times as many claims.

Needless to say, last week's Unemployment Insurance Weekly Claims report has certainly set the stage for this Friday's BLS Employment Situation Report. Considering the abrupt halt on Main Street, the March jobs report will surely be one of the most anticipated economic reports of the last several years.

The first quarter GDP report will be another one of the most anticipated reports of the last several years, but that's an article for another day.

Here are some of the things President Trump said about infrastructure in the United States, in no particular order:

Considering the mounting jobs losses and the possible beginning of a massive new federal public works program via a major infrastructure spending plan, the markets are a little less volatile than they have been, but volatility is still elevated.

Indeed, the VIX is still around 60: 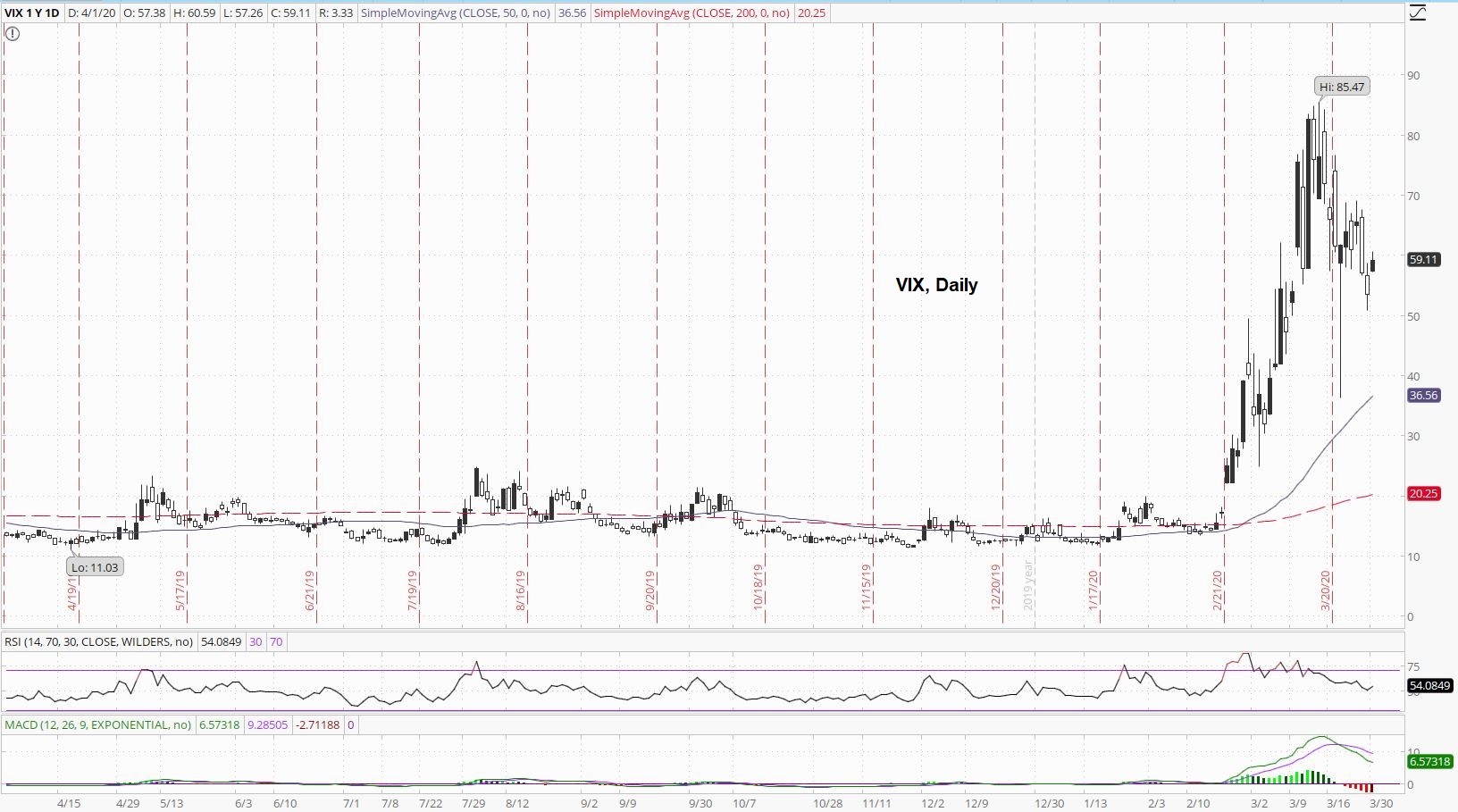 If the VIX begins to spike or surge, that could be a signal that the federal infrastructure spending package isn't progressing fast enough.

Many analysts are not convinced the bottom is in for the US stock market: 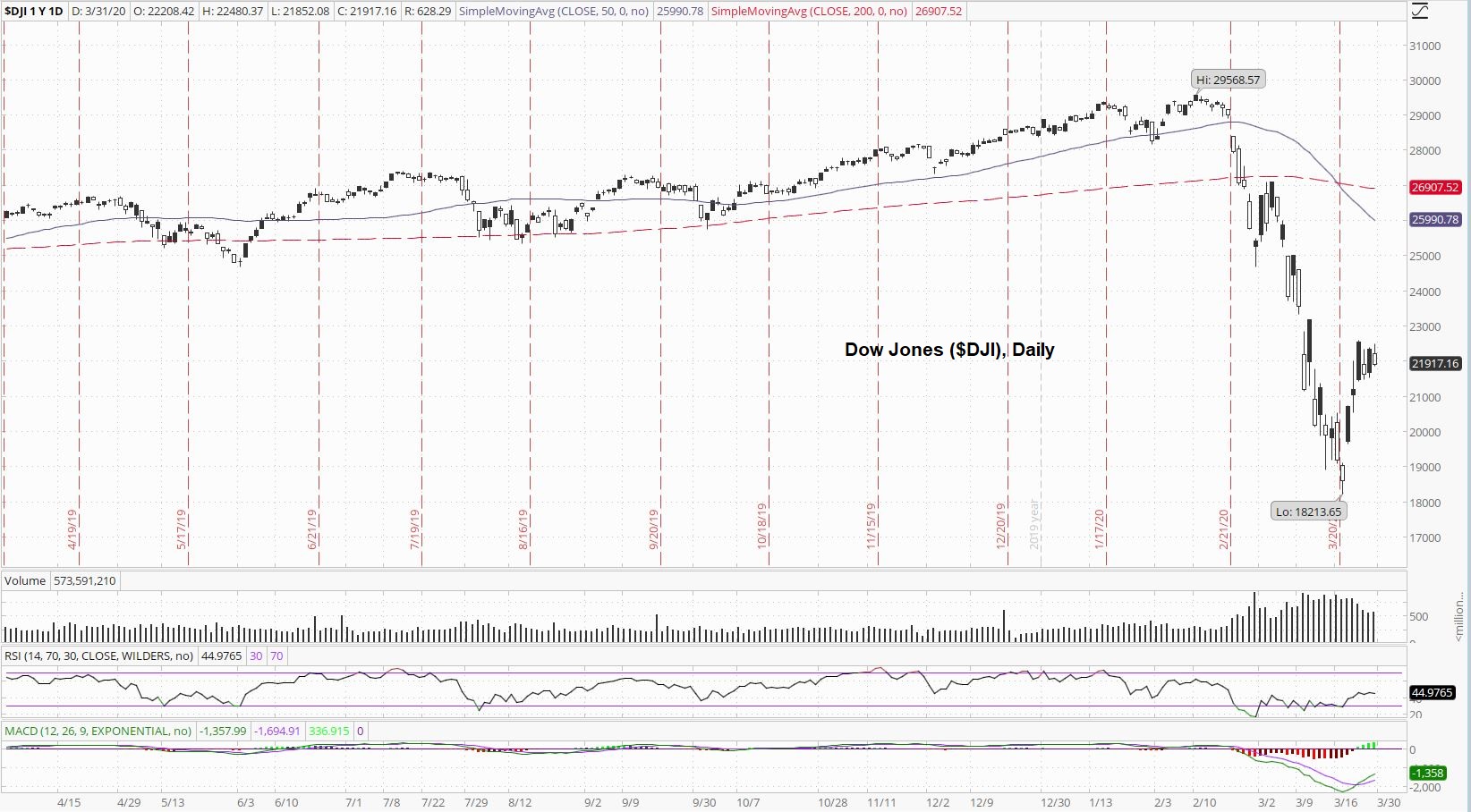 It's not uncommon to see a massive bounce after such a major crash.

The historically low interest rates, as measured by the yield on the 10-Year Note, have been incrementally moving lower over the past couple of weeks: 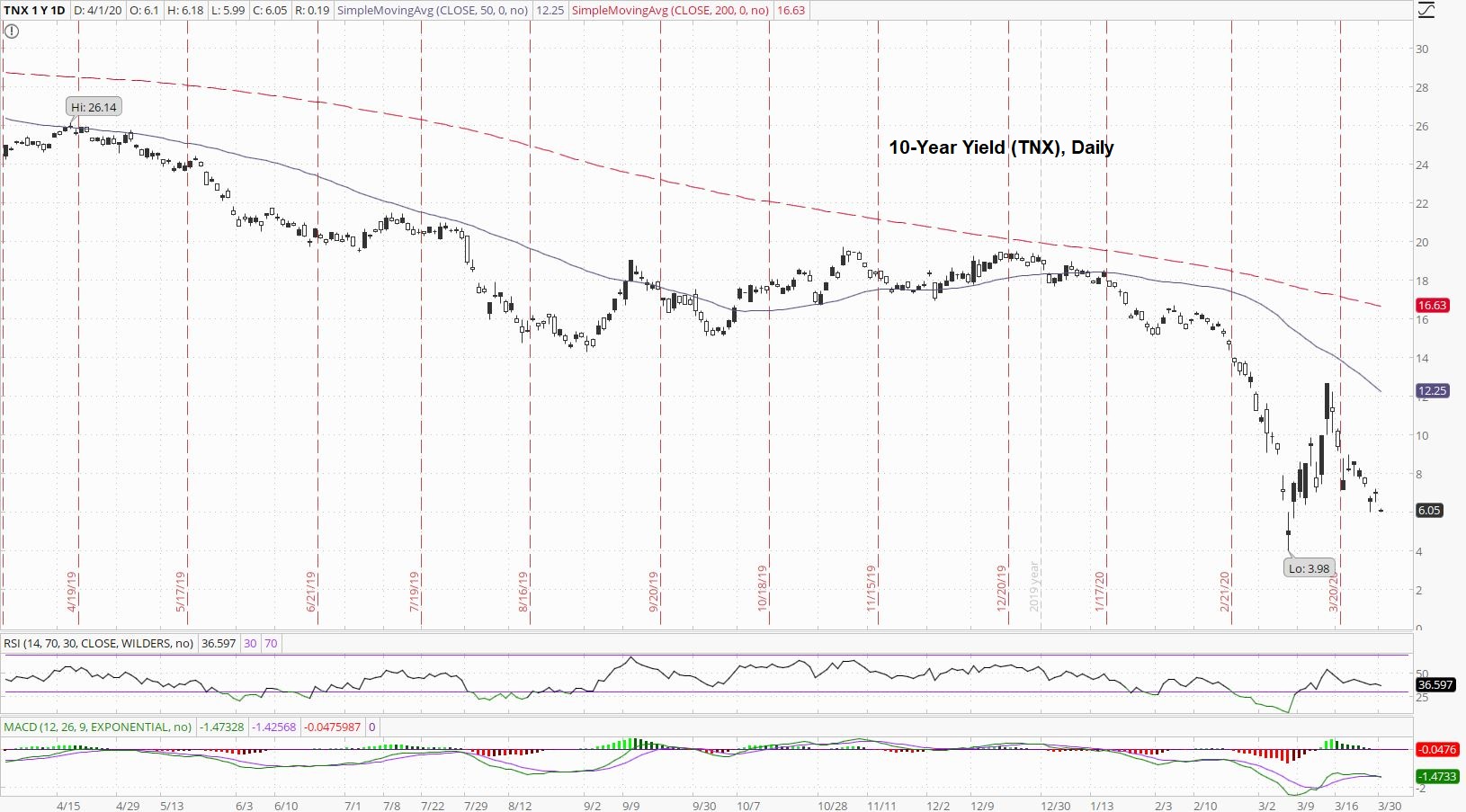 Yield on the 10-Year is approaching the all-time record low set on March 9th. 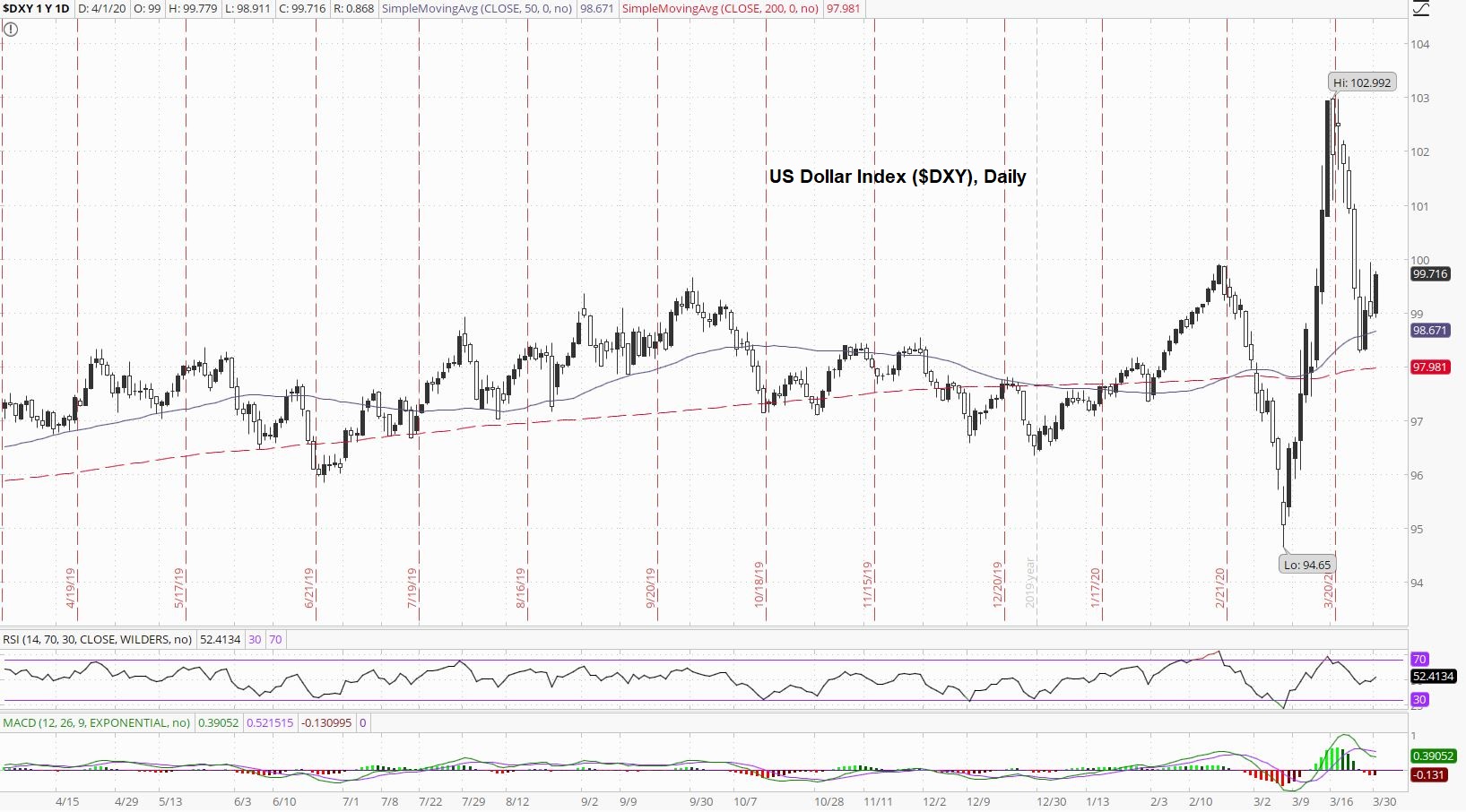 Market analysts are quite split on the direction of the dollar as many think the fall has begun with others thinking the dollar isn't quite done strengthening, and while President Trump did speak about the strength of the US dollar during last night's news briefing, his comments were mixed and not overly strong-dollar biased nor overly weak-dollar biased.

If we're about to refurbish America, we're going to need a whole lot of copper: 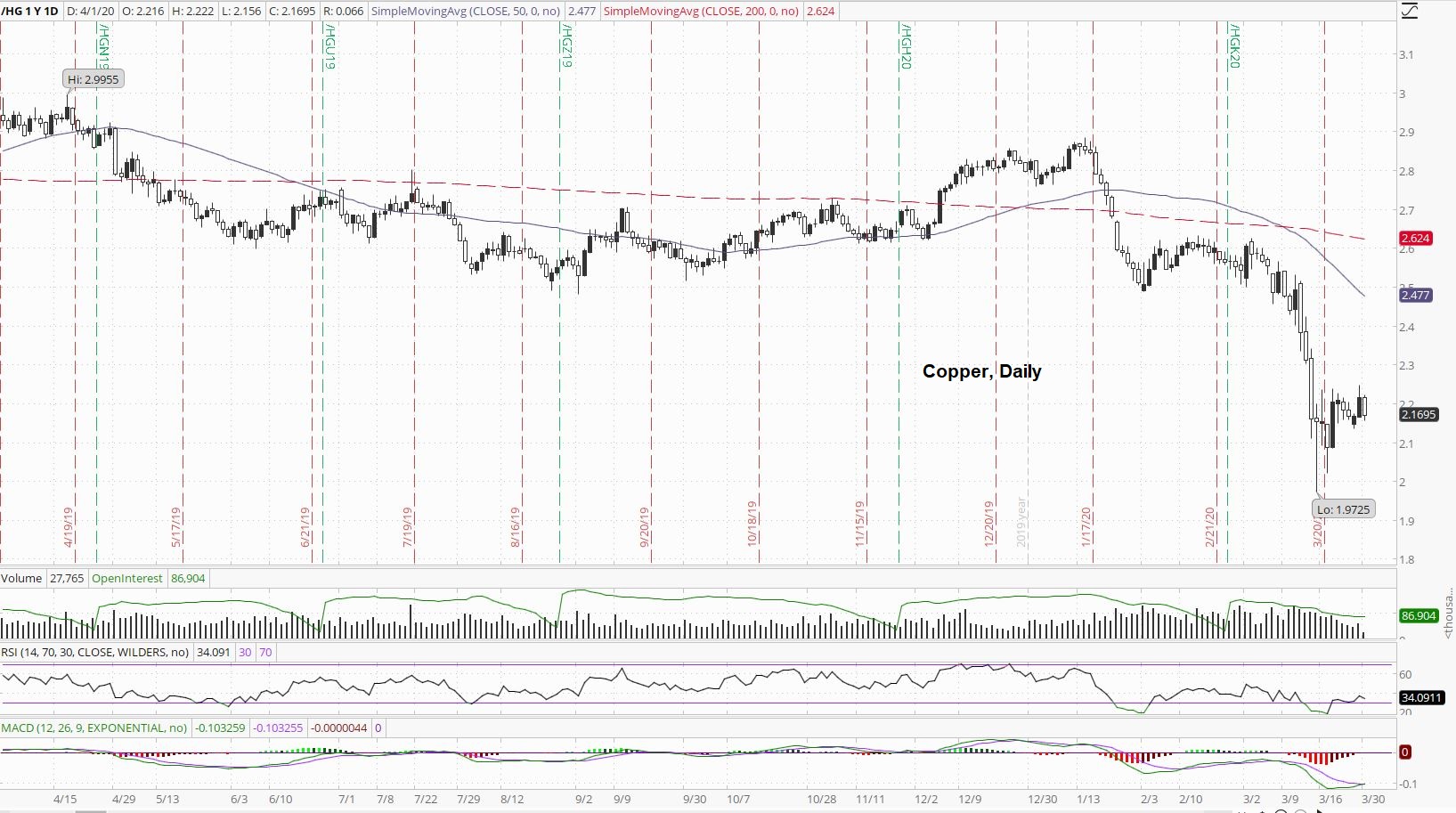 Because of a possible major infrastructure spending plan that would use a lot of metal such as copper, it will be important to monitor the mine closures happening around the world due to coronavirus concerns to see if and how copper is affected.

President Trump had a few things to say about the crude oil industry and the price of oil last night: 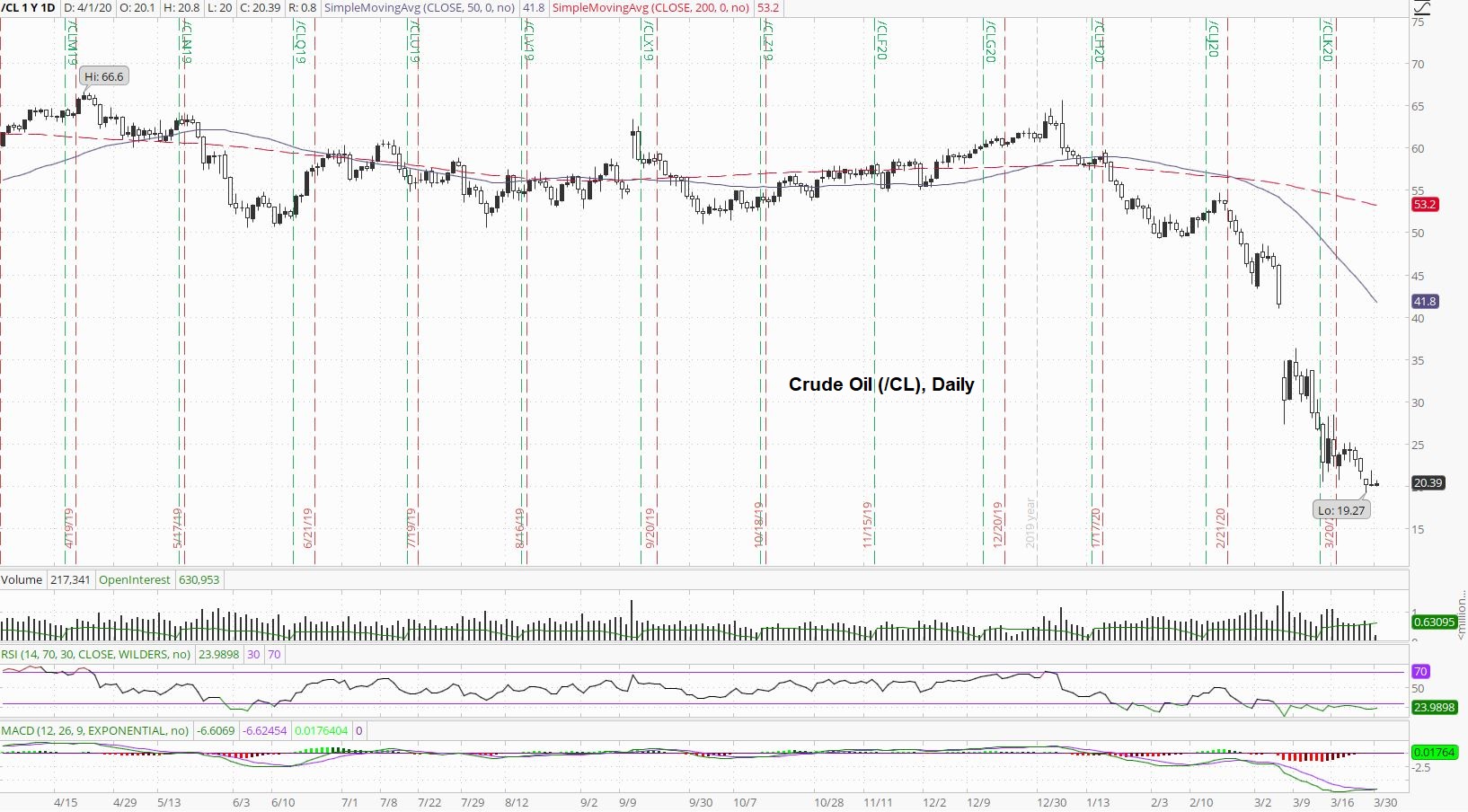 President Trump said on the one hand, consumers are paying about $0.99 for a gallon of gasoline, which amounts to a major "tax cut", but on the other hand, pumping crude oil is "not feasible" for the US oil industry at current prices.

Palladium has been trading around either side of $2200: 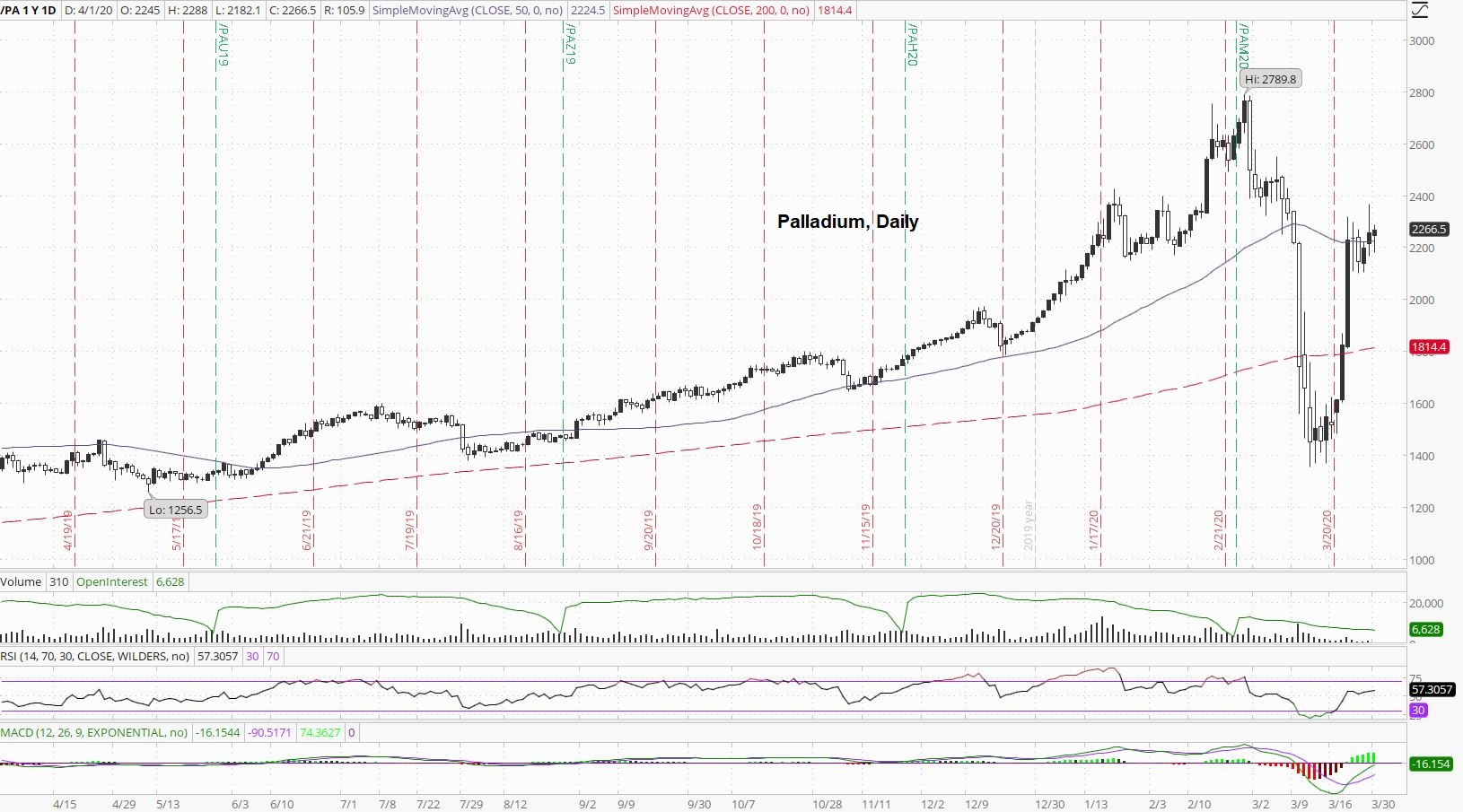 For now, platinum has faded its attempt at a "V" shaped recovery: 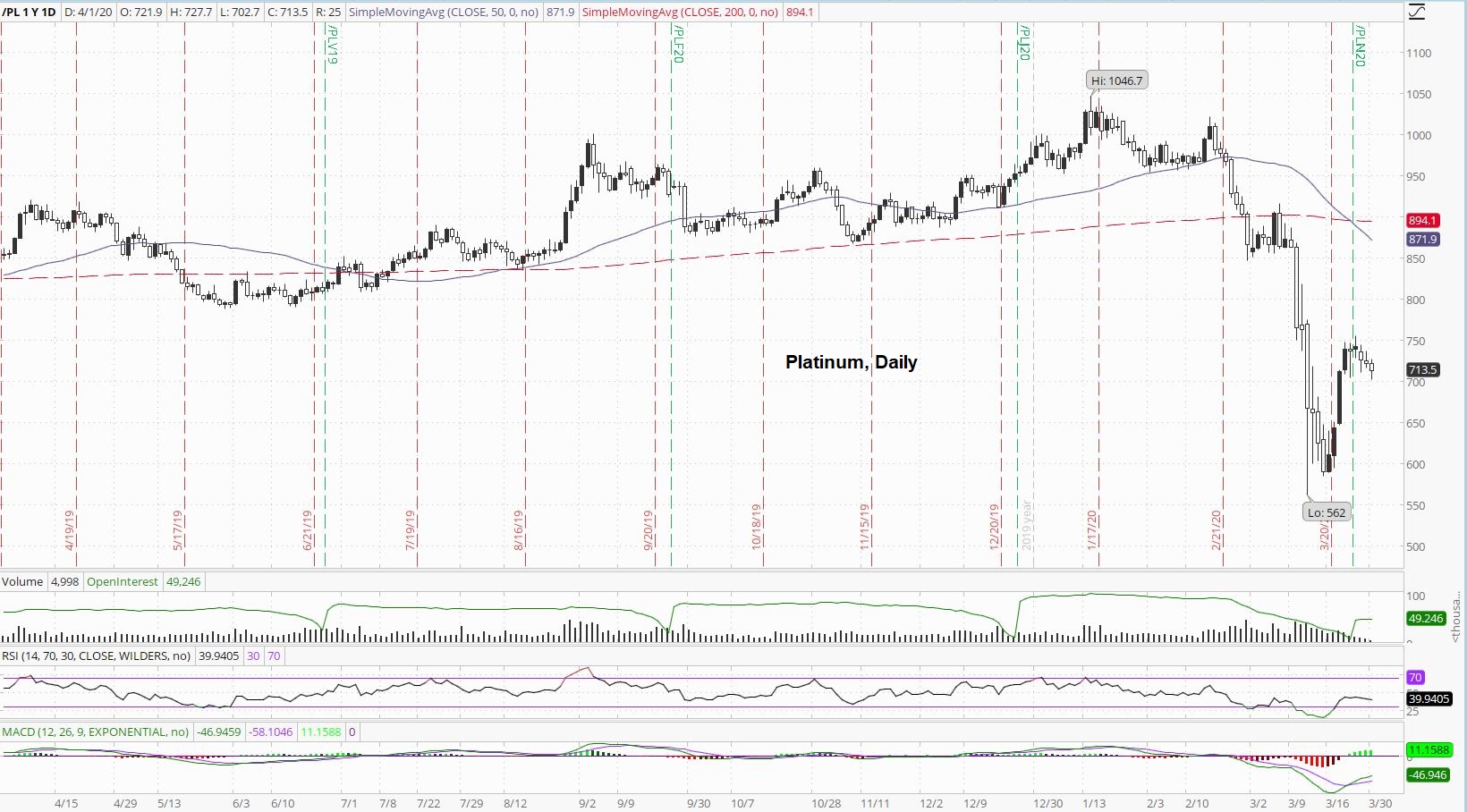 It will be interesting to see if platinum rolls over here to put-in a lower-low, or if platinum holds and puts-in its first higher-low, which some analysts consider the first essential step in establishing a bull trend.

As of this Wednesday morning, the gold-to-silver ratio is under 115: 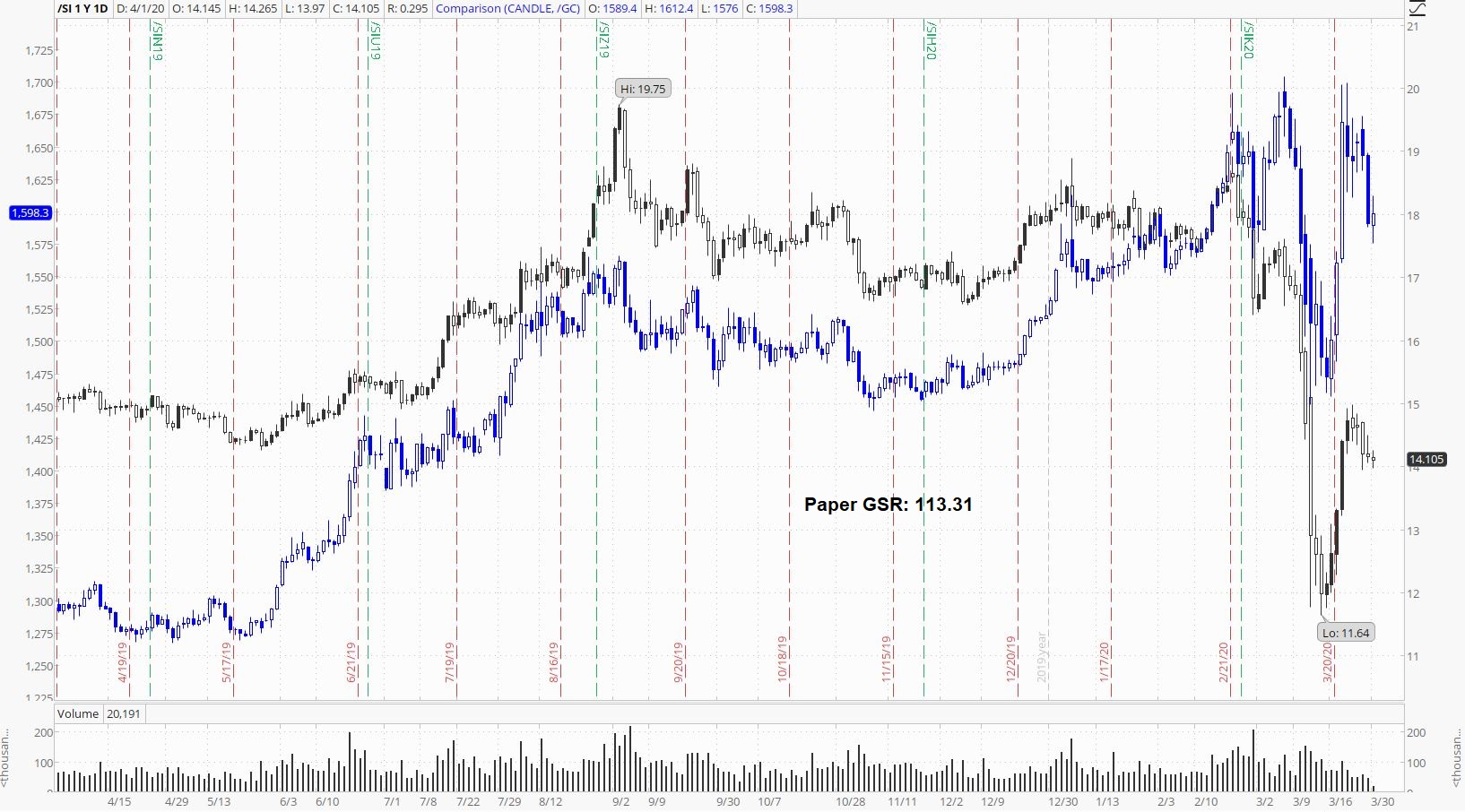 It may not be an all-time high at that level, but it sure is a historically extreme level.

Gold is currently at a very interesting spot on the chart: 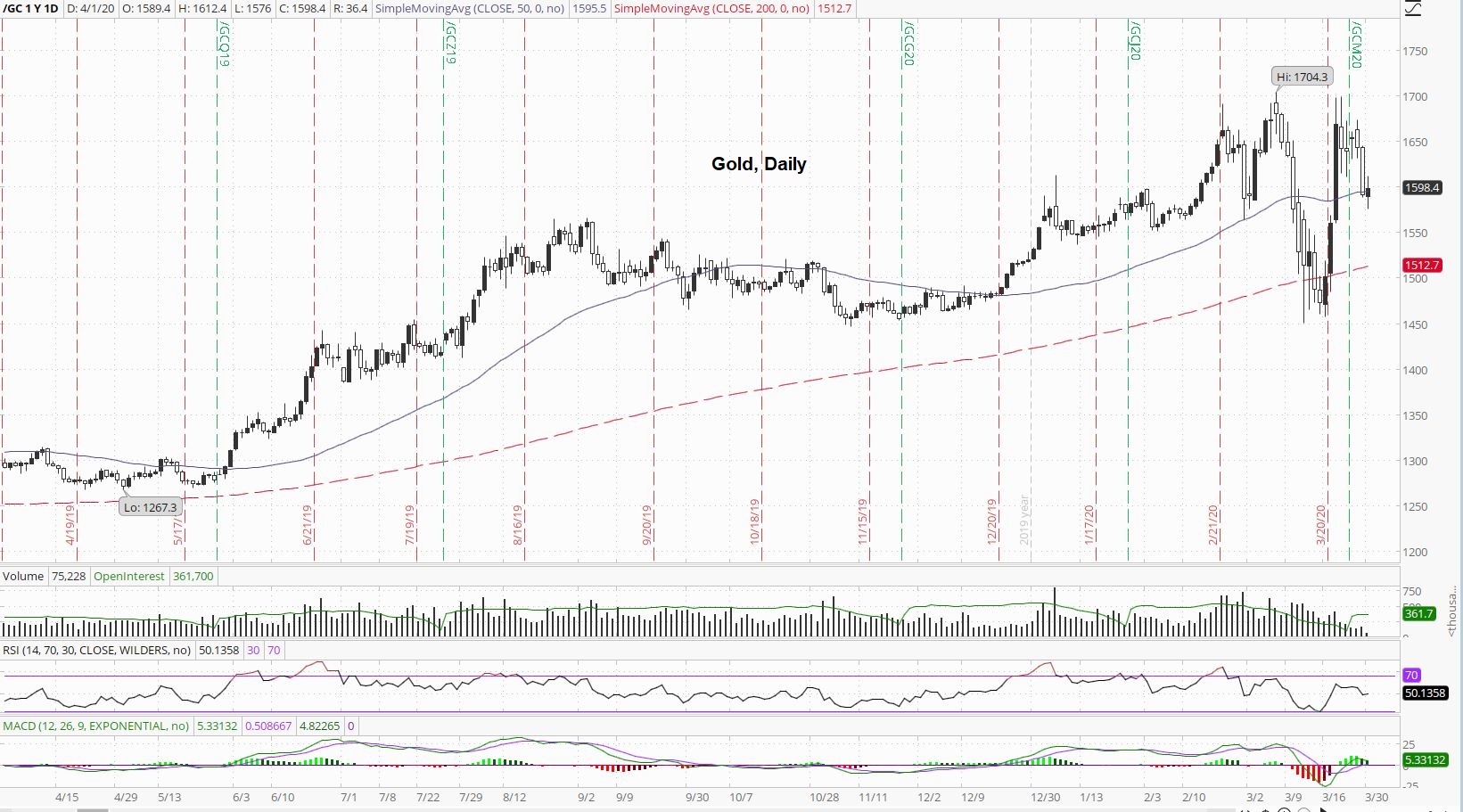 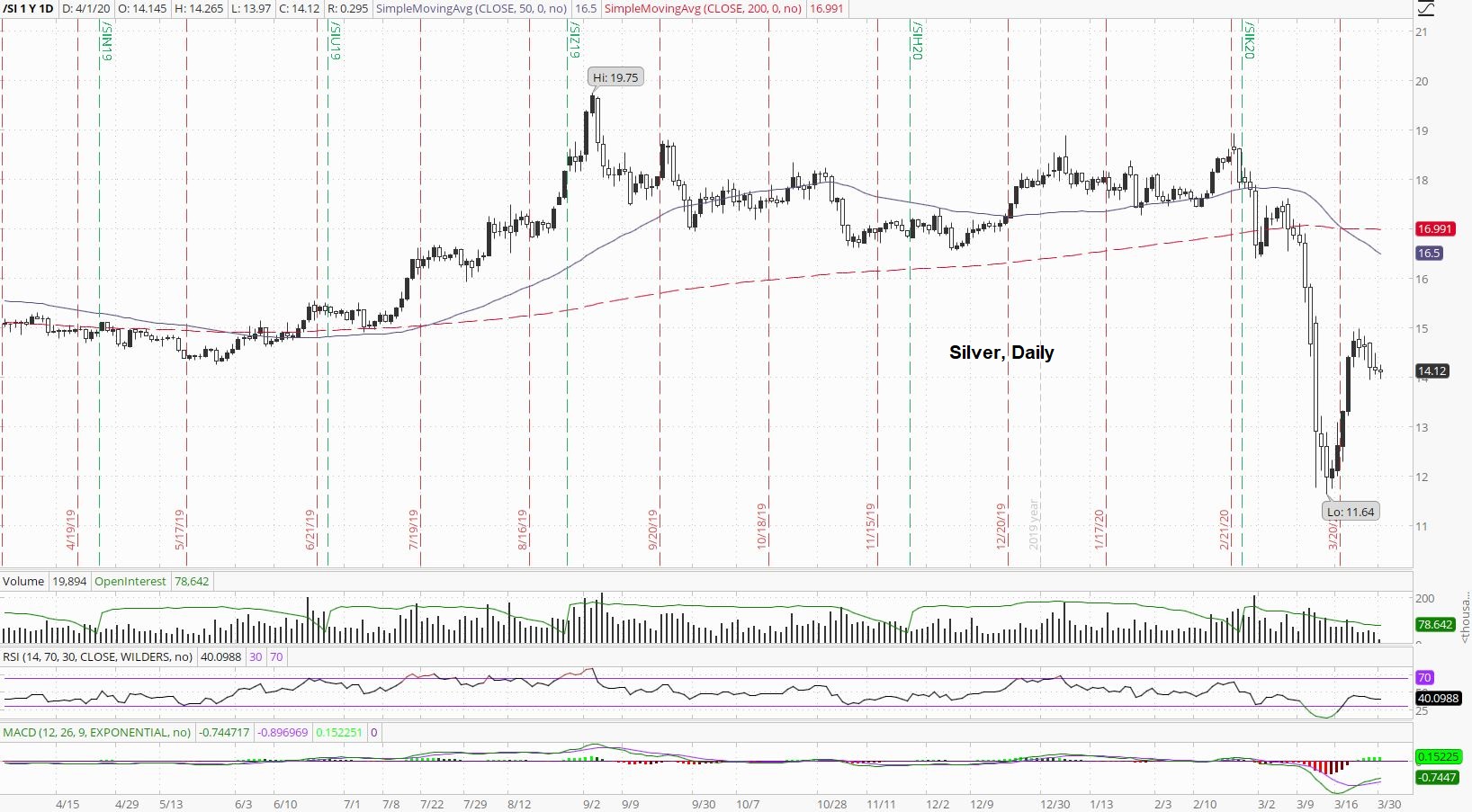 With the disconnect we've seen between the paper markets and the physical markets, however, the lower the paper price of silver goes, the higher the price for an actual ounce of physical silver in-hand becomes.