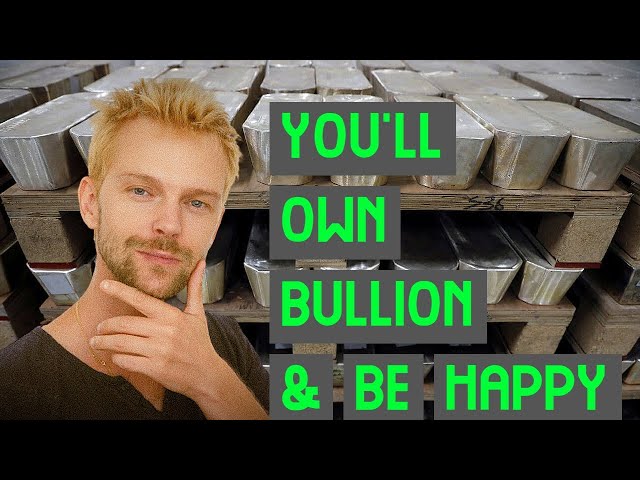 The fiat Federal Reserve chairman balked again this week as if the privately owned central bank is somehow hawkish by threatening to taper and raise interest rates next year in 2022.

This effective Federal Funds rate chart reminds us about the last time the Fed raised interest tares from the floor to just over 2% in a matter of a few years, the stock and bond market threw a temper tantrum in late 2018. The fiat powers dovishly reversed course, re-dropping rates back down to zero, where we remain effectively still today.

Meanwhile, since then, the fiat Federal Reserve has more than doubled its balance sheet, adding hundreds of billions seemingly every month Going Direct inducing price inflation since the pandemic hit in early 2020.

By the government's own rigged CPI inflation data, 3-month to 30-year certificates of wealth confiscation are losing anywhere from -5 to nearly -7% annualized.

If we use the pre-1980 methodology of measuring real price inflation, owners of 5 year US bonds effectively lose over -13% annualized.

How much longer will, this sanguine gold price consolidation last?

The spot gold price has yet to respond. Still, this massive and significant real negative interest rate issue is likely only getting worse to come given the rampant increase in the fiat US dollar monetary base already done and continuing at a record pace still.

Regardless, how ridiculous this current monetary and fiscal policy situation is poised to get ahead. I want to focus on some strange comments the fiat Fed chairman made this week to the world and then juxtapose them with other conditioning actions recently done and threatening comments already made, publicly available.

Aside from publicly broadcasting to our supposed advisories, ways in which our economy might further be brought to its knees.

If you have paid any attention to the news lately, you likely know cyber attack war games are now international playdates.

One week ago, the IMF and ten countries simulated a cyber attack war game on the global financial system, which involved "fake news" reports that helped exacerbate chaos in international markets and a run on banks.

In the simulation, the narrator of the cyberattack film said governments were under pressure to clarify the impact of the attack, which was paralyzing the global financial system.

"The banks are appealing for emergency liquidity assistance in a multitude of currencies to put a halt to the chaos as counter-parties withdraw their funds and limit access to liquidity, leaving the banks in disarray and ruin," the narrator said.

But for the ultimate excerpt in cyberattack conditioning creepiness, let's now turn to the people who tell us that by 2030 we'll own nothing and be happy, and have a listen to some of their comments from July 8, 2020.

An illustration of the safest assets to own during a frantic financial redemption run on liquidity when basically everyone and their brother want their capital returned at once.

Of course, owning physical bullion would be a bedrock in such a financial market freeze scenario, but having a few months of physical cash notes stored and saved for such an emergency is common sense now.

Yea, I know. We just looked at a chart illustrating that cash is losing nearly 15% per year now, so you'll have to do your very own risk-reward analysis on how much to hold physically if ATMs are not working, etc.

I know not happy news, but it was the most important news from this past week, better to know that the real threat is lingering and getting louder of late. So you have time to get ahead of it.

Both the silver spot price and gold spot price markets finished the week slightly to the upside. The gold-silver ratio again finished this week at the historically high, 80 level.

I note a slight optimism amongst various bullion bulls that perhaps the latest bottom is in, and maybe spot prices will climb to close the year.

I also see a lot of major commercial banks and supposed precious metals prognosticators are calling for flat to down silver and gold prices in 2022, and judging by their coming multimillion dally fines, seemingly unending. I would bet many of them may lie and take the other side of the forthcoming trade.

It was reported late last week, that JPMorgan got fined another $200 million fiat Fed Notes, $125 million goes to the SEC, and $75 million to the captured alleged commodity regulator CFTC. It is another cost of rigging markets for profits that consistently pale in profits made.

If you continue allegedly breaking laws documenting it on your personal device is preferable to doing so on company hardware and servers. I cannot fully fathom why anyone would choose to do business with that megabank.

In 2020, the Bank for International Settlements Financial Stability Board had the following megabanks listed as the most significant potential threats to financial stability. As you can see, JP Morgan was once tied for the most threatening bank to the global financial system, along with Citibank and HSBC.

#JPMorgan back on top
where it rightfully belong$https://t.co/lBFCZ9KYc2 BNP Paribas & Goldman Sachs moved up https://t.co/hyEALFqGe3 pic.twitter.com/WBPhbnBjDG

But last month, in late November 2021, an update was made to this list of stay far away from bail-in-able commercial banks. And JP Morgan has regained its throne alone in tranche 4, as the world’s most risk-laden bank.

If you bank privately or your business is involved with any of these listed commercial banks, you may want to look at our video entitled "6 Mega Banks Which May "Bail You In" | G20 Bank Bail-In Laws."

I'll leave a link in the show notes and comments below so you can understand the supranational bank bail-in laws still on the books since late 2014.

As for where gold is still consolidating near $1800 oz, it will be interesting to see how much more time it takes before we get back beyond $2088 oz. One thing to note is the longer this price consolidation churns sideways, the bigger the energy that will be released when gold finally finds new nominal record price highs.

A similar story for the fiat spot silver price goes on. It reminds me of the price consolidation we endured during most of 2010. For basically much of last year and this entire year, we have worked between $30 and the twenties.

If you look back at both charts, you'll see that gold led the way, and then, in short order, silver outperformed into their respective separate price peaks in 2011.

Both those runs will eventually be dwarfed, given the fiat fuel already pumped into this system come unglued likely later this decade.

And while the superb building bullion fundamentals do not matter for now. The establishment of financial media now confirms what I already told you weeks ago, India is back in the gold buying game. And now real estate in China is beginning to crack, potentially leading their growing middle class back to bullion stacking.

And to close in perhaps the most irresponsible financial article published in some time. Bloomberg is now giving inflationary suffering Americans advice from high inflation suffering Argentines.

A country that was once pegged $1 ARG peso to 1 with the fiat US dollar in the late 1990s has now bloated to an exchange rate on the street of well over 100 Argentine pesos to 1 US dollar. All that inflation within only twenty years.

This Bloomberg reported runaway inflationary mentality of "Spend Your Paycheck Right Away" is synonymous with high inflationary societies. A state of affairs that I hope never visits upon any of us.

But if that terrible scenario ever does come, I will be happy to have bought and saved a prudent position in bullion well ahead of time.

That is all for this week, as always you out there.