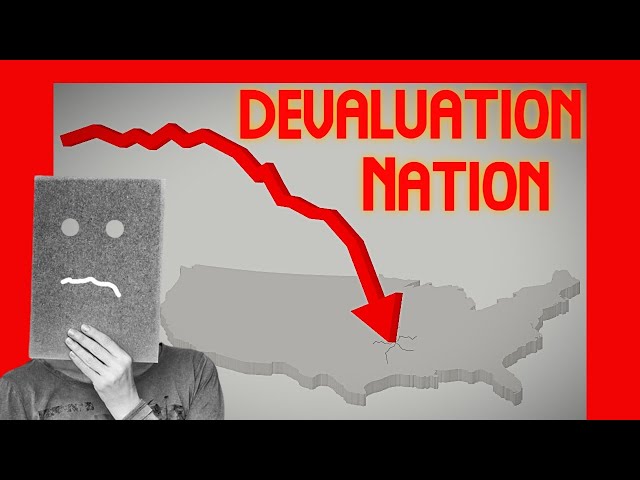 This latest under-reported 6.8% consumer price inflation admission by the government's bureau of labor and statistics is just another in decades of compounding inflationary lies ongoing. We'll show you why this is now so obvious in a few mere seconds from now.

But first, Lyn Alden astutely points out that we now already have the most significant gap between short-term interest rates and admitted price inflation since the 1940s.

Remember how last week we illustrated this recent ramp in inflation is premeditated by the major central banks in their August 2019 “Go Direct” policy?

Judging by our now and somewhat recent all-time fiat monetary base increases, this modern inflationary hellscape is just getting underway.

This chart goes back to when silver got demonetized, basically value suppressed ever since. We can again see that the red inflationary line often lags but often eventually equals where the black monetary base expansion eras peaked out.

Meaning annual price inflations of 27% may not be too far in our near future.

Meanwhile, consumer spending, the #1 driver of the US economy, is around 25% higher than it once was before the pandemic, basically also before fiat central banks coordinated in mass to Go Direct with massive fiat monetary base expansionist policies ongoing.

Also, coming years full of more trillions in fiscal spending has yet to happen. Inflation via fiat currency debasement is ultimately is our record debt & unfunded liability government's way out.

Charlie Bilello tweeted fiat $USD price increases over the last year, then pointed out how the gov't is massively underreporting the recent and ongoing price increases to shelter.

Over the last year:

Citing that US monthly rent costs are now up +17.7% over the last year, and house prices have climbed nearly 20% over the same timeframe. Both are historical data records. And neither is being comprehensively reported in what is more likely +15% price inflation running in reality.

The USA is now likely somewhere between Brazil and Turkey regarding ongoing price inflation increases.

We'll dig into further detail shortly about how increasingly significant bullion fundamental factors have yet to finally affect spot prices by looking at the last 46 years in total COMEX gold price trading action. The data is rather damning.

The gold-silver ratio is now again up at the 80 levels—the embedded video above shows where that stands on a 300-year timeframe.

I still maintain a bullion bull run down and likely beyond the 2011 level near 33 remains ahead.

A look back at the inflationary 1960s into early 1980 still record nominal fiat USD price for silver of $50 oz says to me, the gold-silver ratio could go well lower than its 2011 low.

Bloomberg News reports that gold demand in India has seen its best demand in a decade during their latest festival quarter. This gold India demand in 2021 is likely to finish back towards elevated levels by taking about 1/4th of all annual physical gold we humans supply annually.

Recently too, we have also shown you that India is back to buying silver bullion at historically high clips. Still, for now, with gold and silver spot prices, superb investment-driven demand fundamentals have yet to matter much in eventual valuation ramps ahead.

It is a reminder that one metric ton of gold bullion currently is valued at around $57 million fiat Fed notes, and visually it is about 80 of these four hundred ounce bars in size.

Visual Capitalist this week published an excellent video graphic illustrating that global reserve currency dominance is similar to our human lifespans, transitory and ultimately expiring. Central banks know this, and that is why many are buying more gold bullion for their reserves as we likely transition away from the US dominant version of today to a more multipolar financial system to come. Since 1971, every fiat currency held in central bank reserves has lost from -93 to over -98% versus gold bullion. The last seven to two percent loss to gold may take a lot less time than that.

US stocks bought on margin debt or leverage levels have never been higher than now. This fact has helped spur the S&P 500 to new nominal price high levels closing +4,700 today. Surely stocks and borrowing on leverage could go higher still. Corporate insider selling is now near a record level of $30 sales to $1 buy, as corporate managerial money is selling stocks at a record pace.

Of course, in the following stock and bond market crash, the fiat Federal Reserve will likely print and jump to the rescue; from here, they really can't walk away. But longer-term, they cannot have a strong fiat Fed note while artificially propping up both stocks and the bond market. The fiat Federal Reserve note's real purchasing power will be allowed to devalue to mask the actual value robbery underway.

And finally, on the day when the world realizes that Wikileaks, Julian Assange will likely get extradited and publicly crucified in a US court for dumping state secrets into the public domain.

It's worth remembering that Wikileaks' 1974 US Treasury cable illustrating that the COMEX and captured regulator the CFTC were invented in 1975 to inject price volatility into gold bullion price discovery to dissuade US citizens from saving bullion over fiat Federal Reserve notes.

This chart illustrates that COMEX has worked splendidly suppressing gold values for most of this full fiat financialization era.

Beginning in 1975, Comex gold started trading gold at $184 oz, and using that exchange’s price data over the last near 47 years running, the Comex price for gold is now at a meager $253 oz.

You might want to pause and let that one sink in.

The COMEX system is set up to favor the wealthy concentrated shorts to win typically.

In systematically suppressing commodity and precious metals values over the long term, eventual physical commodity shortages come about. Then, the next financial cycle becomes wall-running ramps in values for real things instead of bloated financial assets.

But if you look at the far right hand of the chart, you can see how a somewhat recent less than two-year run, with Comex, longs barely winning in the aggregate over that period produced a 66% increase in the price of gold from $1200 to over $2000 oz over an 18-month timeframe.

You can also COMEX shorts having their heads handed to them in the late 1970s and during the 2000s bull run.

A similar and perhaps more robust and sustained run is likely brewing, with the rampant price inflation we now collectively suffer under. Phony derivatives, debt financing, and fiat currency creation can only buy so much time. Eventually, unsaved for promises will come undone, and so too will collective confidence.

In silver, back in early 1979, indeed, there were many doubters and foolish shorts who thought they had everything under control around $6 oz. In less than 13 months later, the COMEX and CFTC had to conspire to break the legit price discovery of monetary metals, but not until gold had revalued so high that the Official Gold Reserve value then fully covered the US fiat monetary base expansion back then at the time.

In the present day and moving ahead, as the fiat Fed note gets debased by policy further, sub $30 oz silver and eventually even $50 oz silver will be sorely missed by many.

That is it for this week's SD Bullion Market Update.