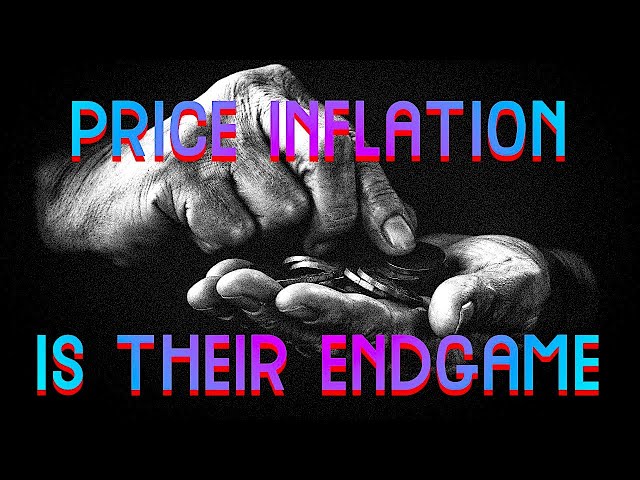 What's the Easiest Way to Write off $200 Trillion?

What's the easiest way to write off $200 trillion+ in promise piles not saved for?

Devaluing fiat currency to nominally meet what we cannot legally default upon remains the most likely outcome.

Last week, the private Federal Reserve's most-watched inflation indicator, the core PCE Deflator, soared to a level not seen since 1991.

So we have yet another inflation data point hitting its highest level in nearly 30 years of time.

Last week too, the fiat Fed created more currency out of thin air to further monetize. By buying more 'assets', ballooning their balance sheet by the biggest amount in over the past year of time.

The ongoing denial by the Federal Reserve that its running bailout policies are not exacerbating the wealth gap has become nothing short of a public farce.

Hey @federalreserve: Could you pass this along to the FOMC high command. They need to work their narrative from a new angle. pic.twitter.com/XH60xZlloJ

But also point-blank in the damning data updated both here and in our video update this week.

Following up on last week's Paul Tudor Jones comment on CNBC about the current $88 trillion in assets under management not being nearly allocated to commodities as they once were in the year 2011.

Important to remember also that pension and endowment funds notionally still have next to no precious metals exposure yet. See the tiny relative investable gold allocation percentage on this chart tweet embedded below, updated through 2020.

Investable #Gold as a
Percentage of Global Financial Assets

My expectation is once this bullion bull has arrived in its manic phase, the old 2011 high here will be well past, and we will be heading back towards old 1980 investable gold as a percentage of global financial asset heights, seen on the far left-hand side of tweet embedded chart above.

Below is a conversation I had this past Tuesday with the Silver Fortune YouTube channel.

I told his channel about recent price action in silver and gold that has not changed over the last few days since we spoke in the interview.