It's only a matter of waiting on a spark.

Over the last week, gold & silver have had some gyrations,  but they've basically gone nowhere.

Here's a look at the 30-minute charts, where each "candlestick" represents 30 minutes of trading action: 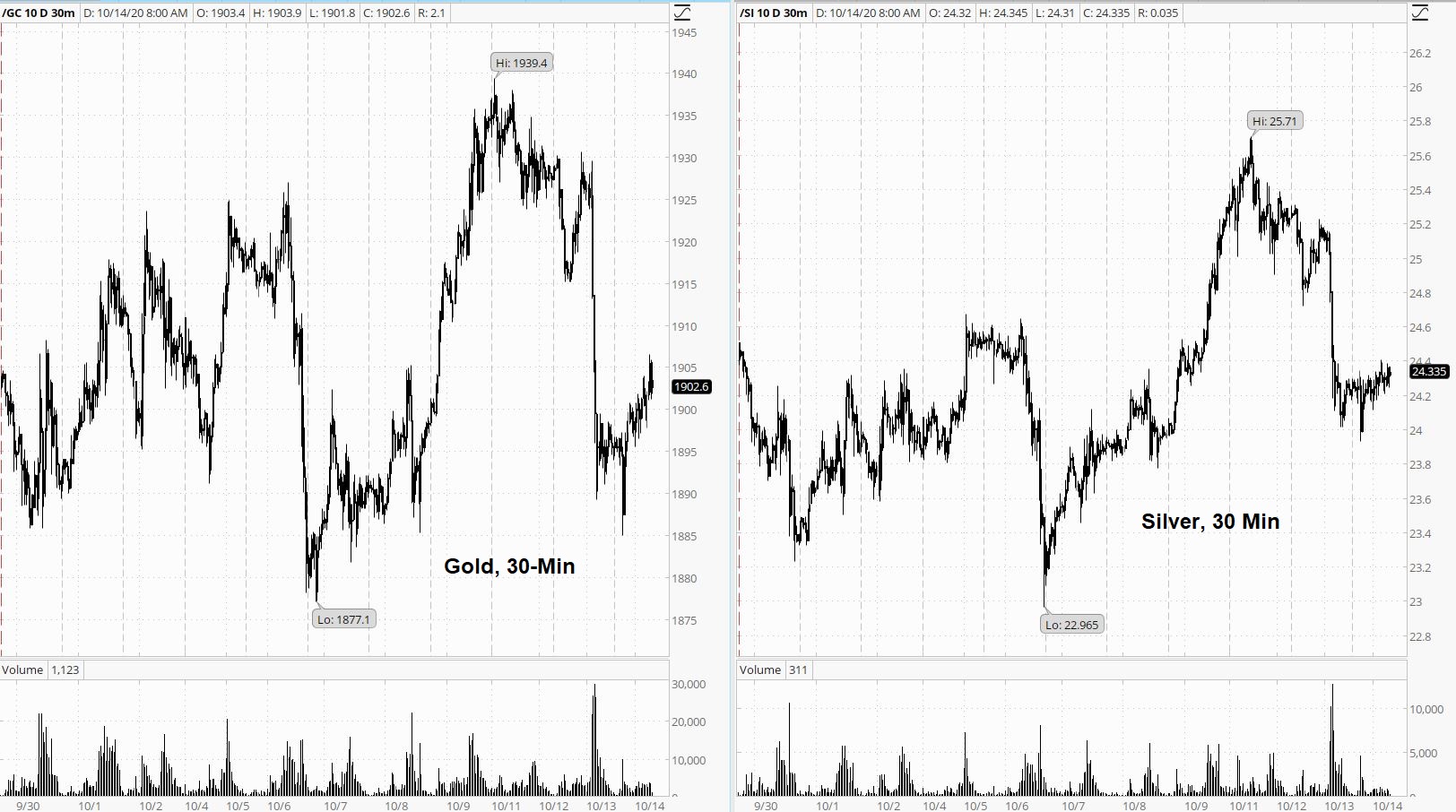 Trading has been choppy with precious metals neither really breaking out nor breaking down.

What's changed over the last week?

In no particular order, we see the fundamental drivers of the market are in the same state of suspended animation as last week:

So as we can see, in my opinion, right now, gold bullion & silver bullion just need some sort of a spark to really get moving.

If recent price action is any indicator, however, the short-term bias has been turning bullish, albeit in baby steps. 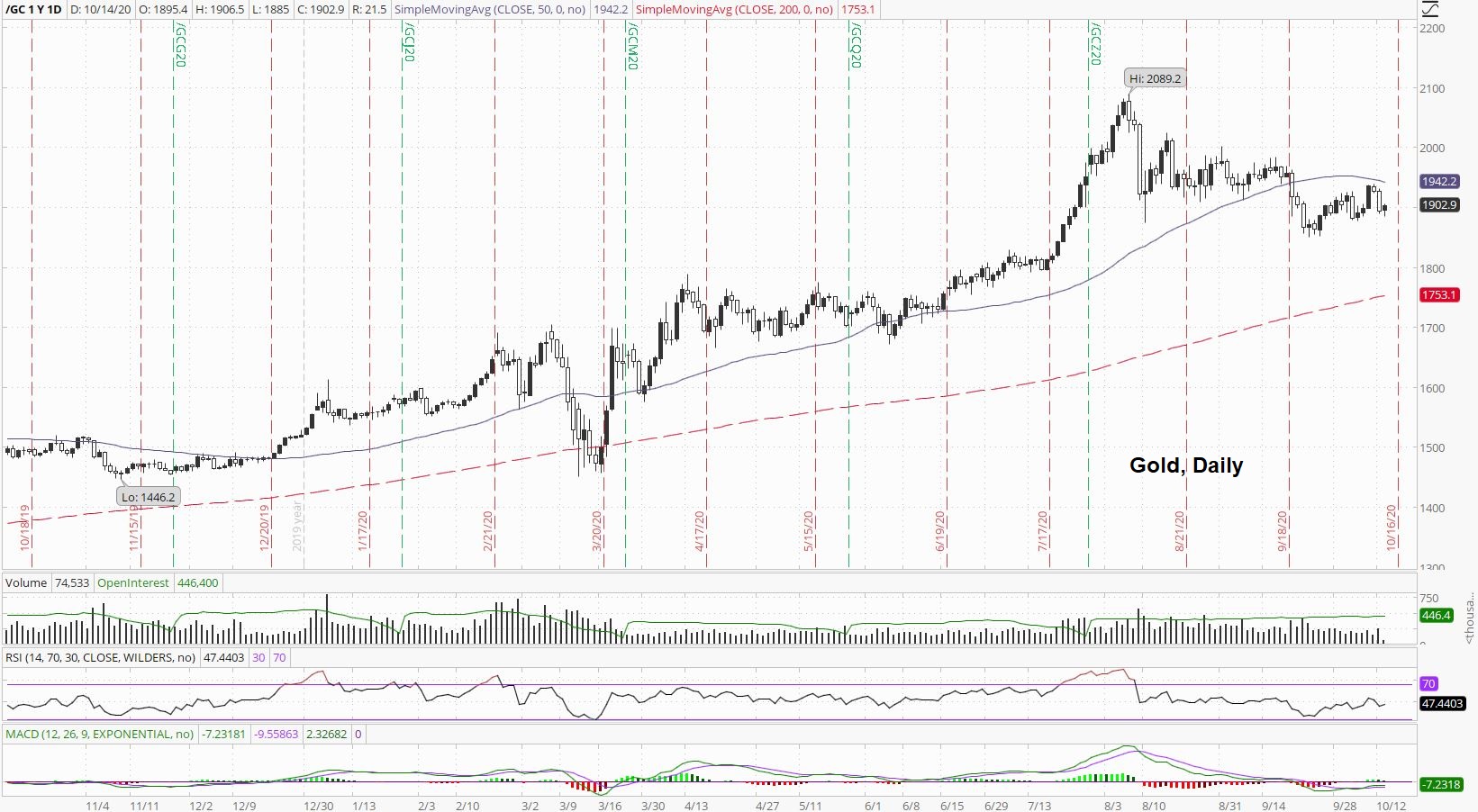 What gold really needs to do, however, is get above its 50-day moving average.

That said, I'm liking how $24 is now acting as support for silver: 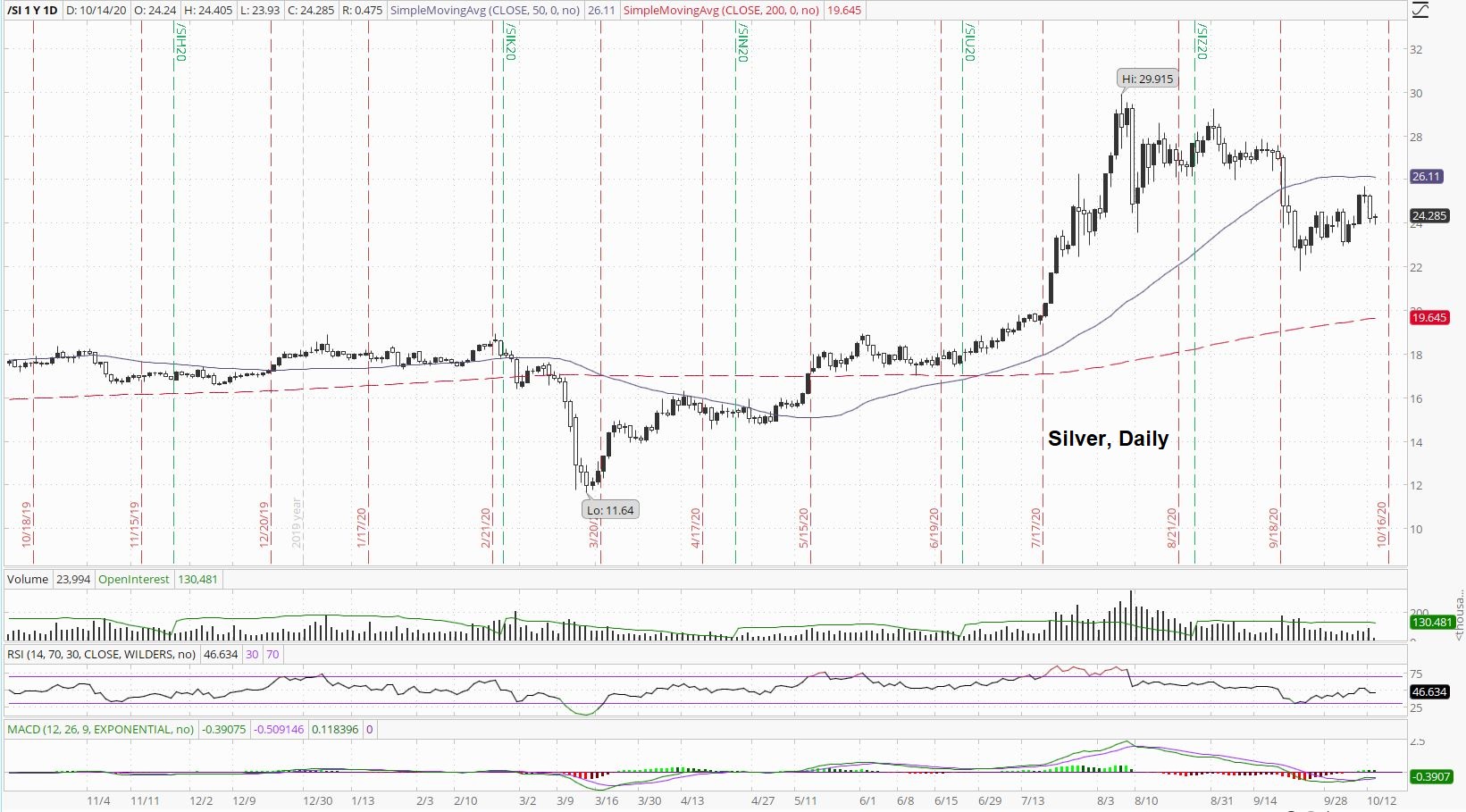 A lot of technical analysts were looking for sub-23 dollar silver, and some were even targeting the mid-18s, so seeing $24 hold as support is encouraging for stackers, especially as premiums have come down somewhat from their price spikes earlier in the year.

The gold-to-silver ratio is still in the upper 70s: 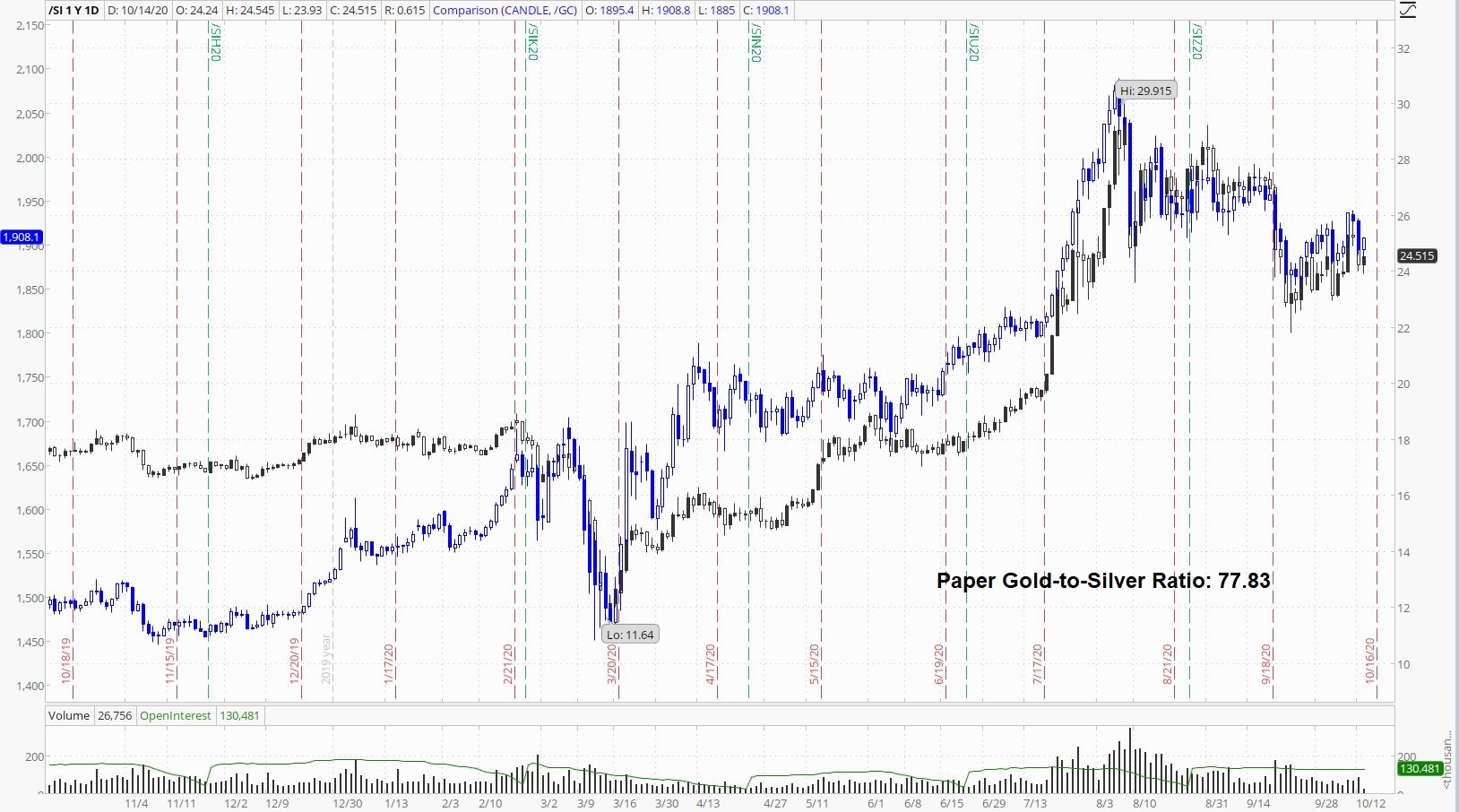 Silver is not gaining on gold during price weakness, so that's a positive too! 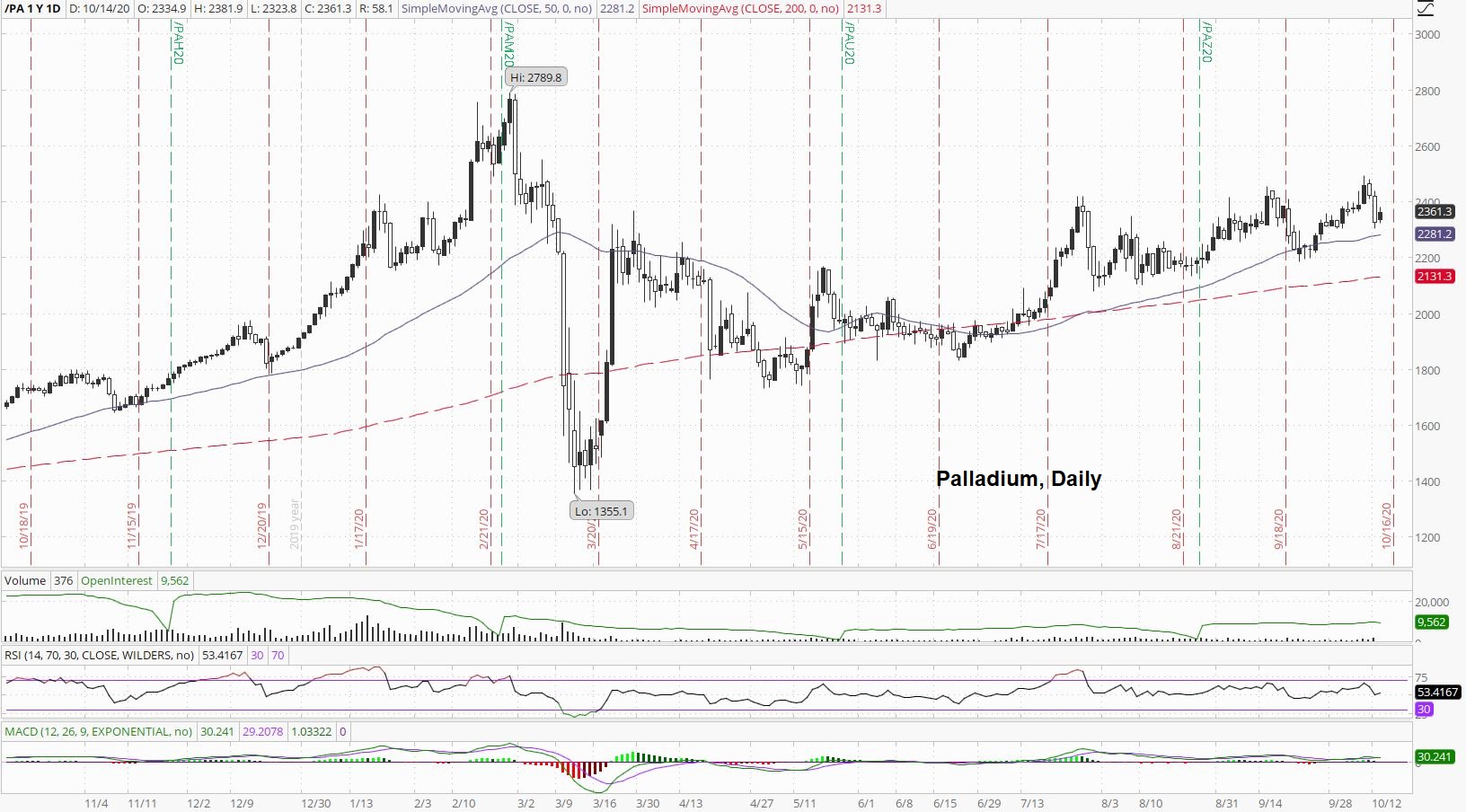 Amazingly, or interestingly, or confoundingly, platinum is still down about a hundred bucks, year-to-date: 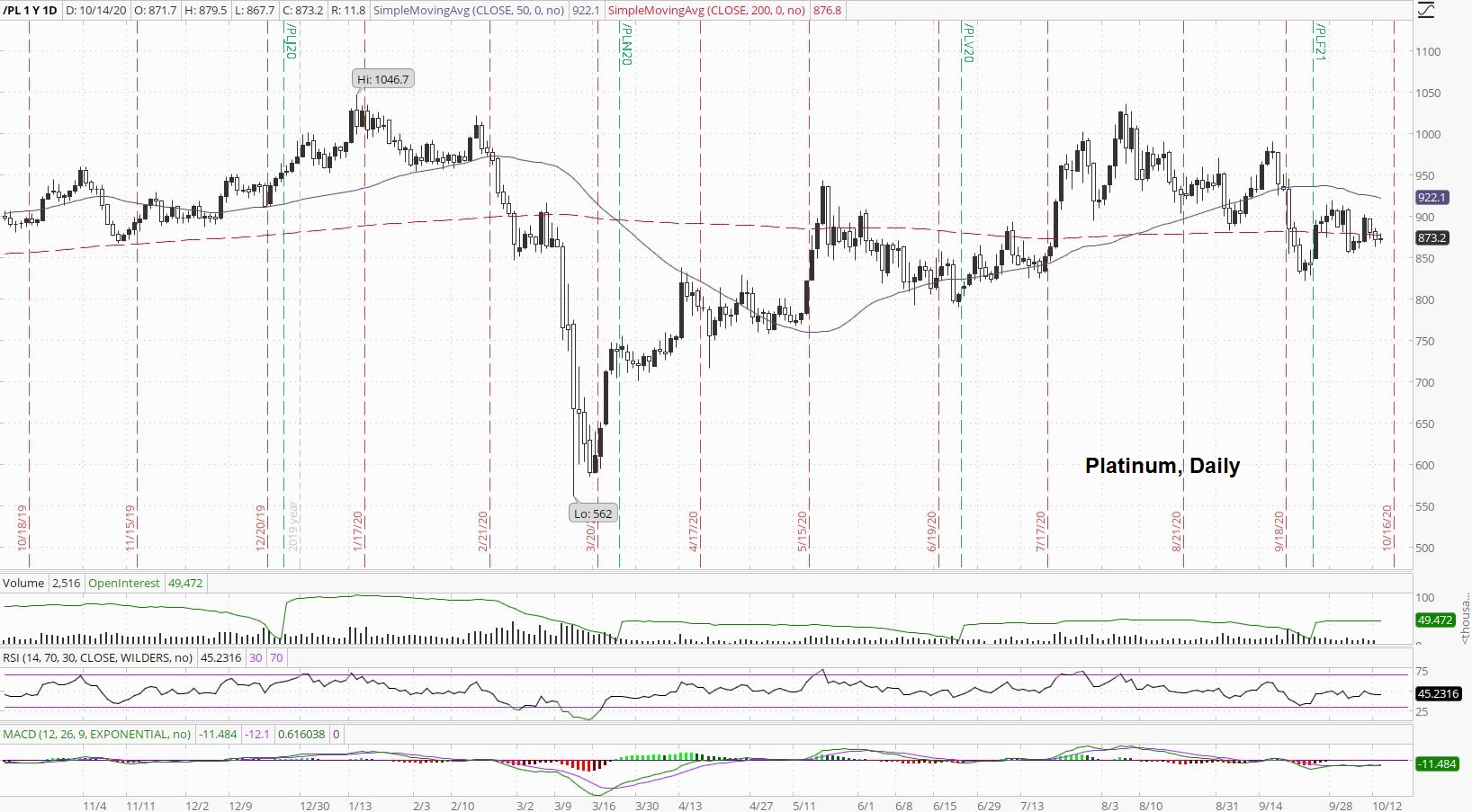 Platinum at this price, right now, reminds me of buying 90% Constitutional silver with zero premium a few years back. 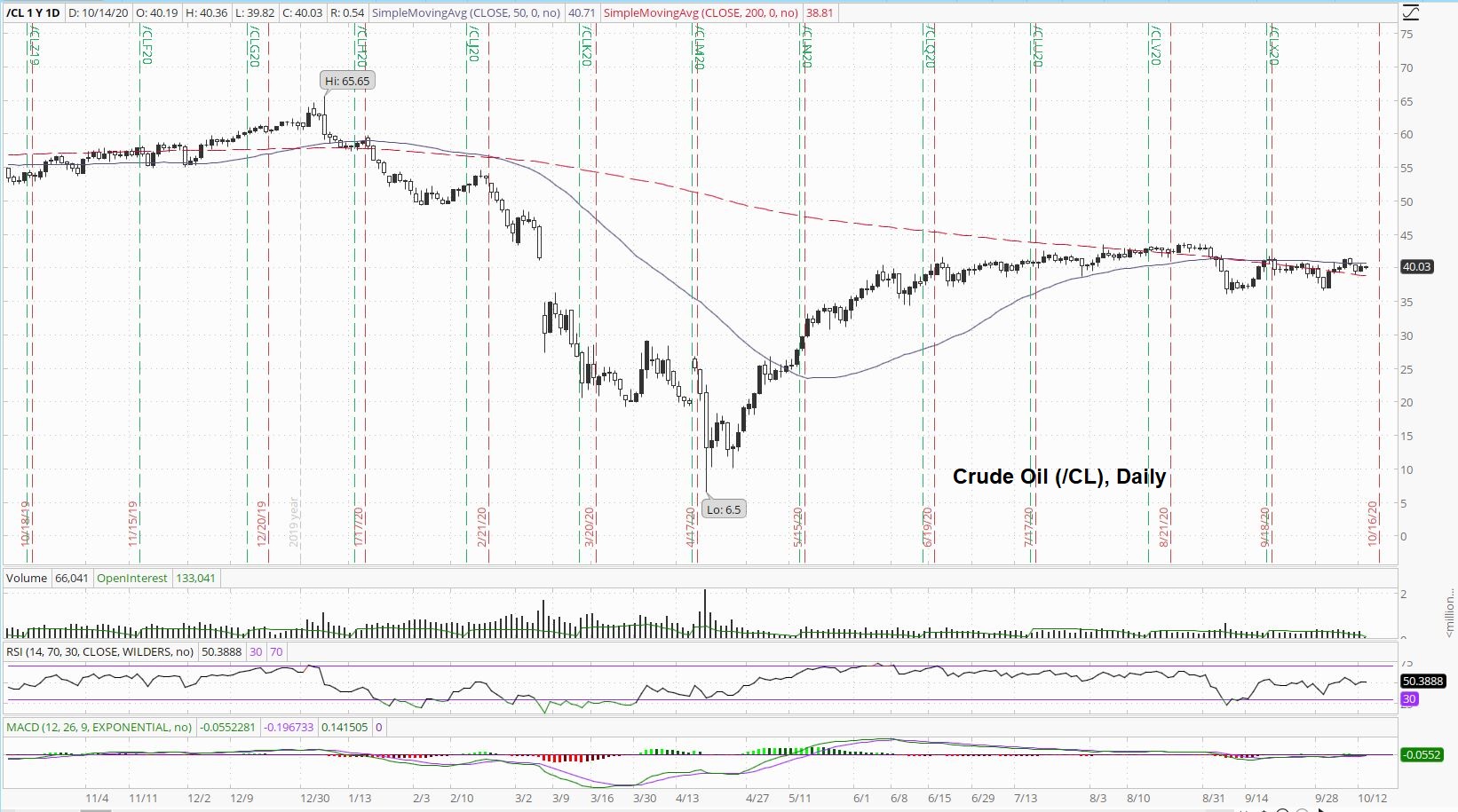 If it's true that the longer something consolidates, the more explosive the move will be, then after consolidating for over four months, we could really be set-up to see some fireworks in the oil markets.

Copper may not be money, but copper is indeed currency: 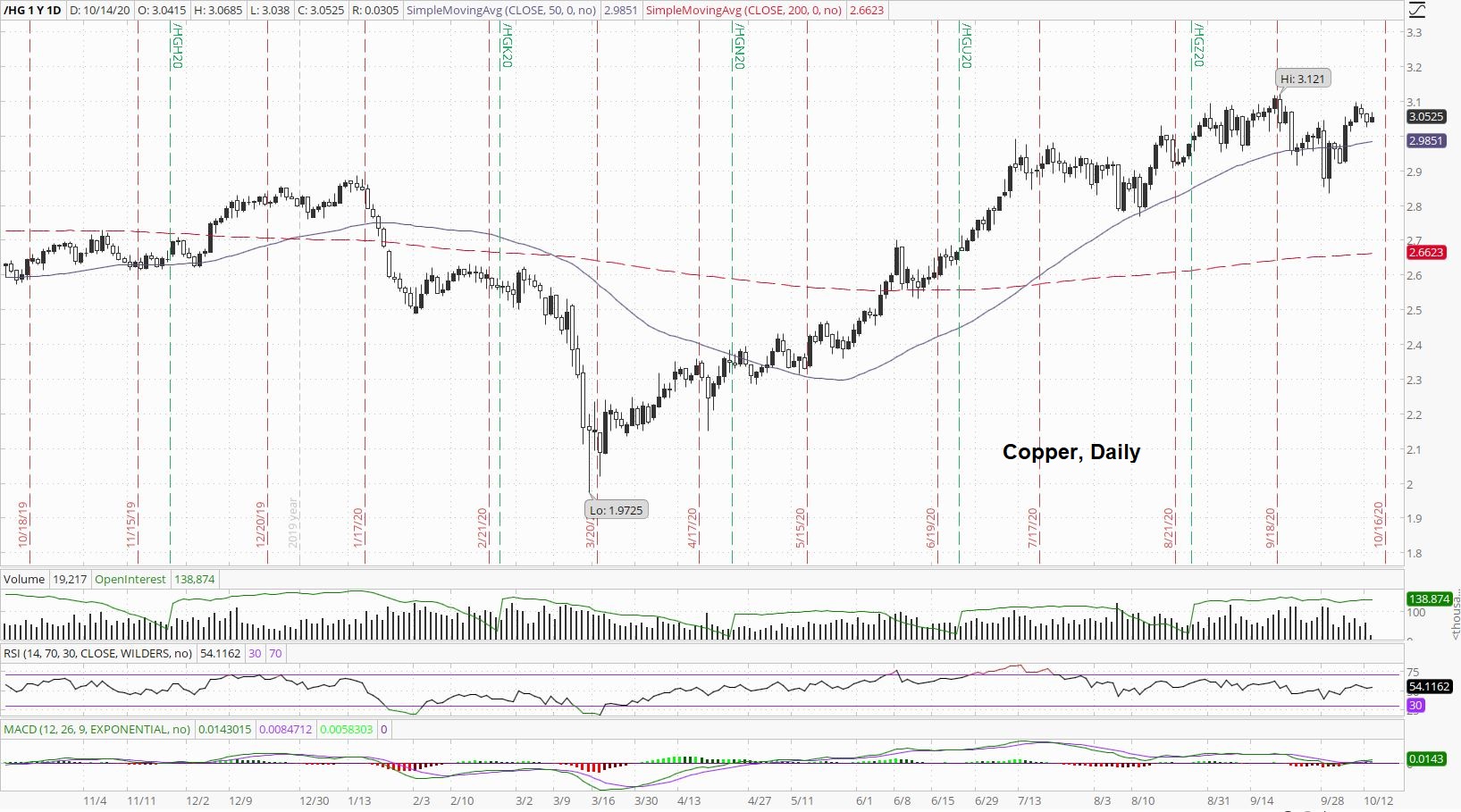 Everybody is expecting the election to be contested, and many are expecting no clear winner on election night: 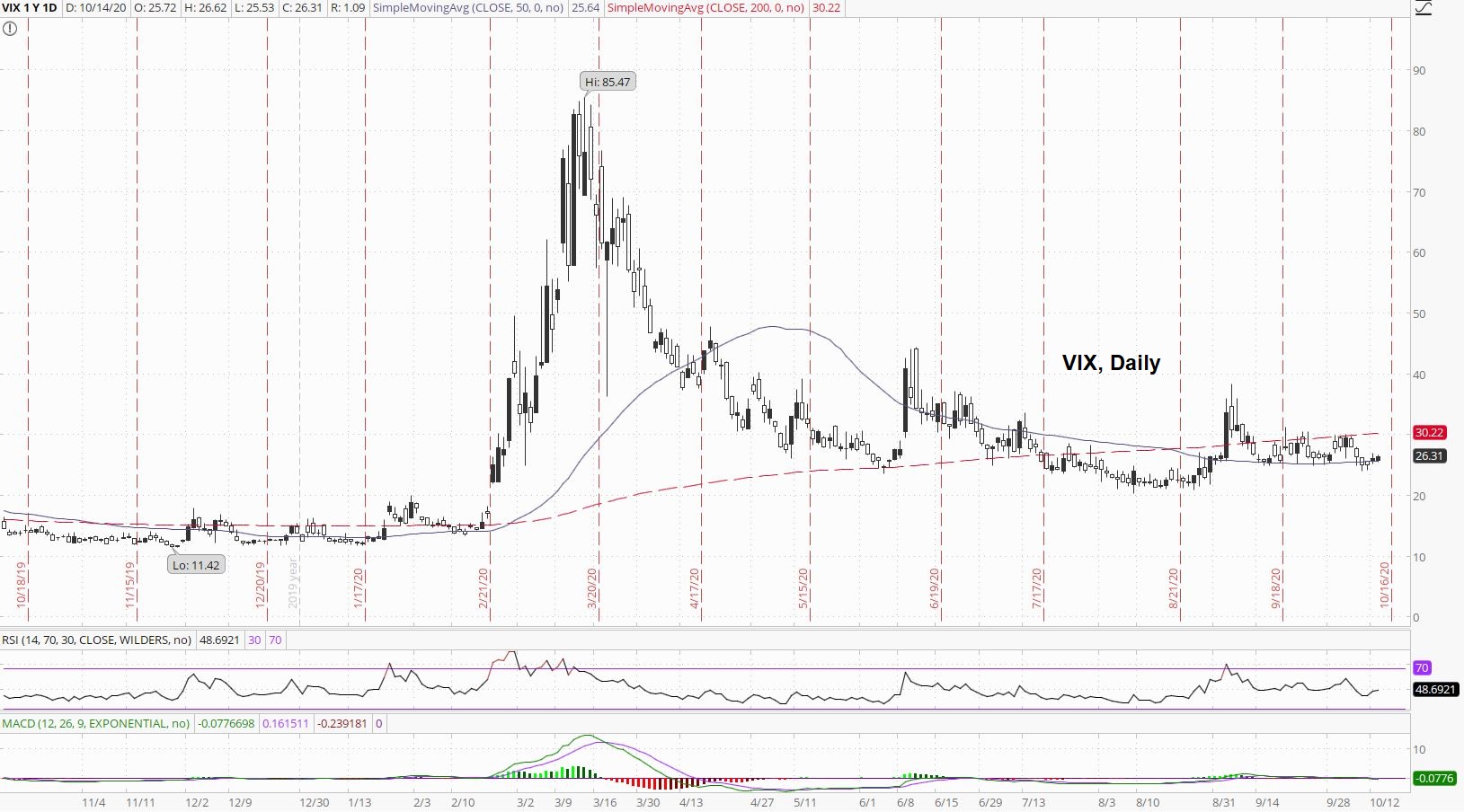 The question is, however, does the spiking fear in market participants come before, during, or after the election? 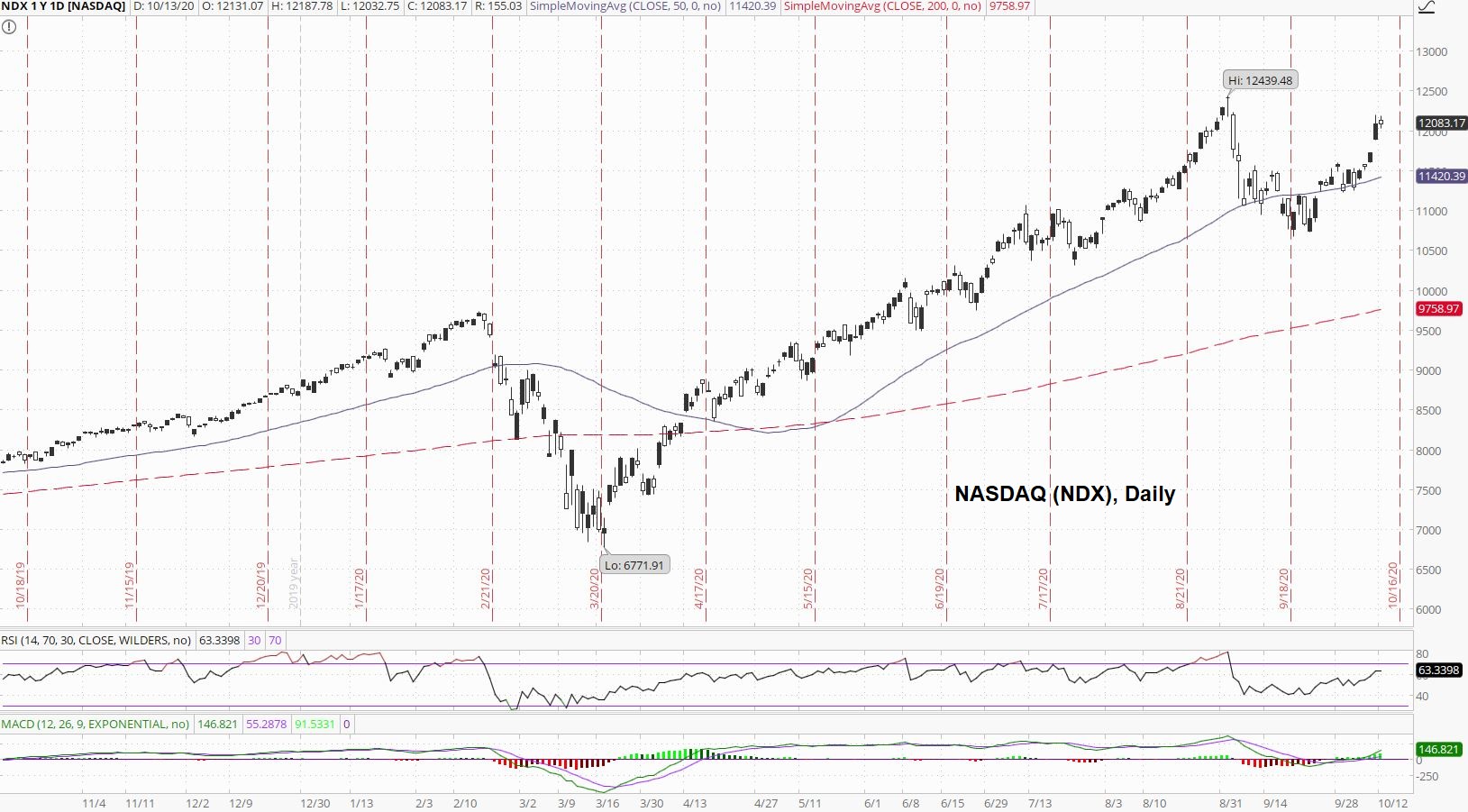 Unless, of course, we're talking about the "fear of missing out".

When fear comes back into the marketplace, I'd be looking for yields to go lower: 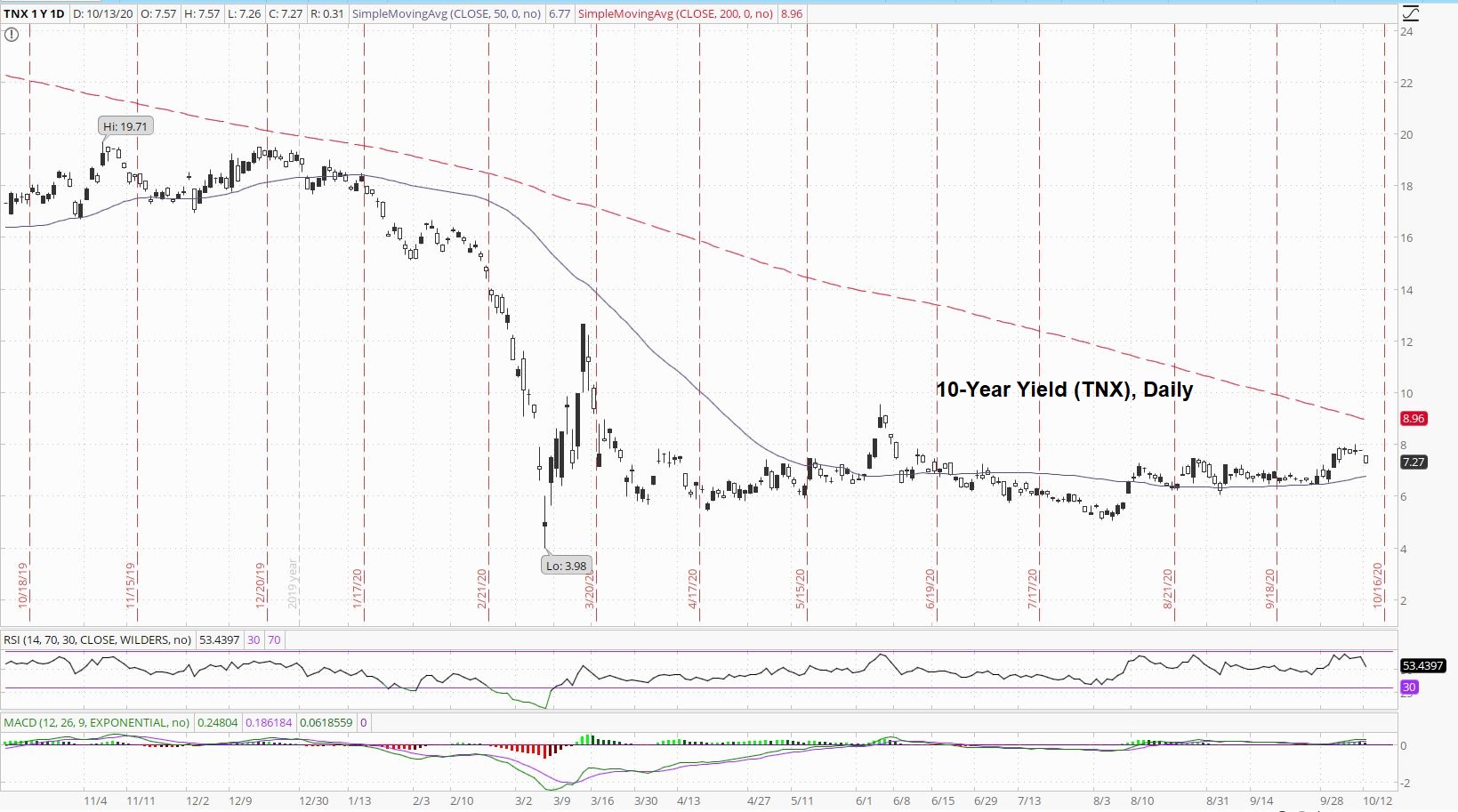 Of course, when all of the "money" of the world is currently unbacked, debt-based fiat currency dependent on exponential, unsustainable growth, the pressure is for lower yields anyway until the bond market simply blows.

People are talking about a bounce in the US Dollar Index: 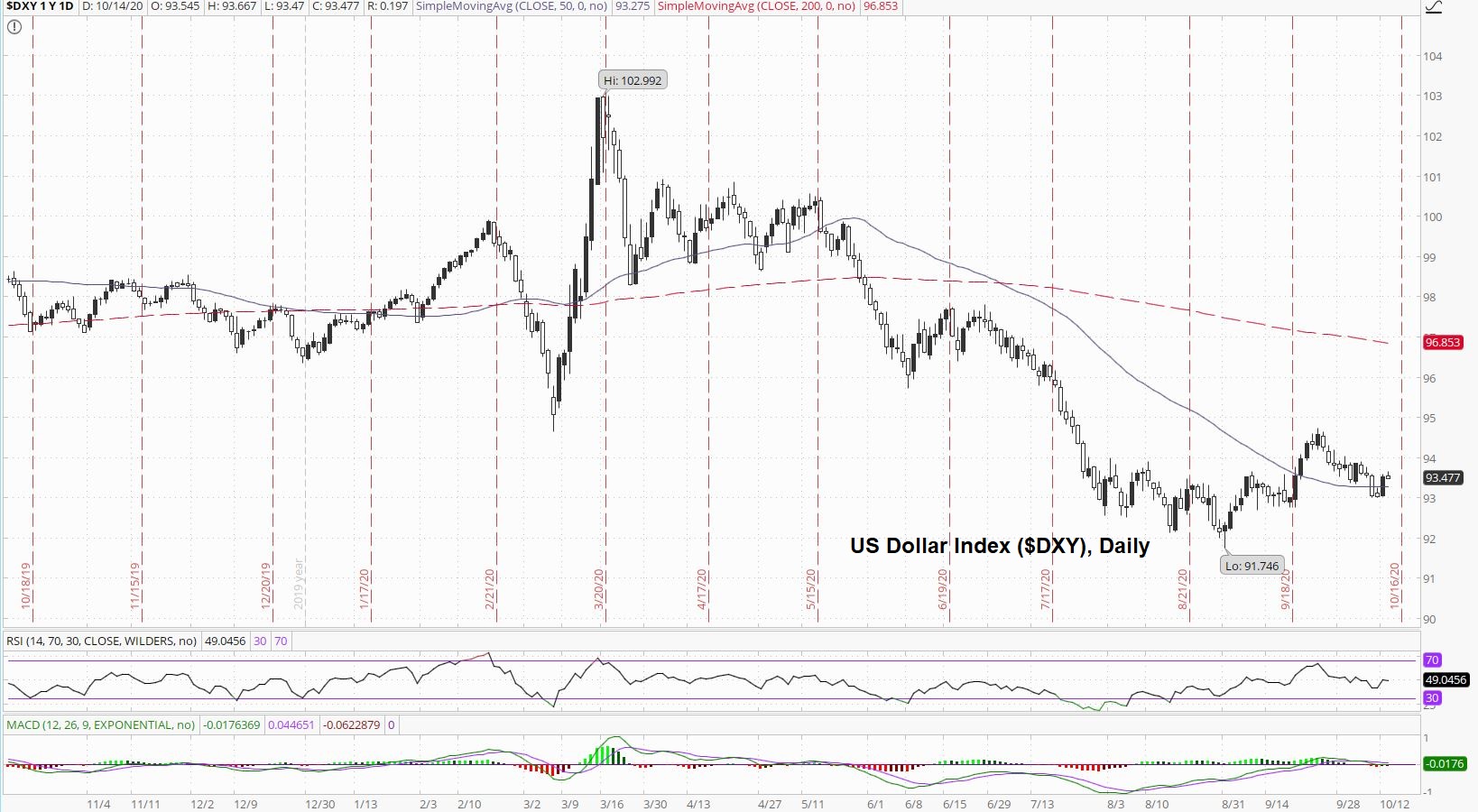 The bulls are looking for a second higher-low, but I think they are going to be disappointed, especially if there are internal, domestic problems on election night, or longer, problems which call into question the basic functioning of the United States in general, or cause any loss of confidence in the currency specifically, due to debt monetization, money printing, and another round, or two, or three, or four, or many, of fiscal stimulus.