Both and silver and gold prices appear to have been building further support this week.

The silver spot price was up a couple of cupronickel dimes, closing around $16.45 oz while the gold spot price appears to be ending the week around $1,420 fiat Federal Reserve notes per troy ounce in derivative contract trading.

The Gold-Silver Ratio continues to fall ending this week just over the 86 level. In the full context of this historic ratio, silver is still extremely cheap to gold at the moment, although it has been gaining a little in value versus the yellow metal over the last few weeks.

This week, we have a returning guest, Louis Cammarosano of SmaulGld.com.

As well, we will end the conversation covering an excellent book which Louis turned me on to this past spring. The subject of the book, of course, delves much to do with silver and its history in bringing China and Asia into a globalized trade that centered through modern-day Mexico and Bolivia even.

You will want to stick around until the end for some highlights of “The Silver Way.”

See if you can catch the exact moment, mid-podcast as Louis transforms into for him, what I would describe as a raging silver bull.

Welcome to this week's Metals & Markets gold silver podcast, I am your host James Anderson of SD Bullion.

With us, this week is a returning guest, the proprietor of the SmaulGld.com website, Mr. Louis Cammarosano. 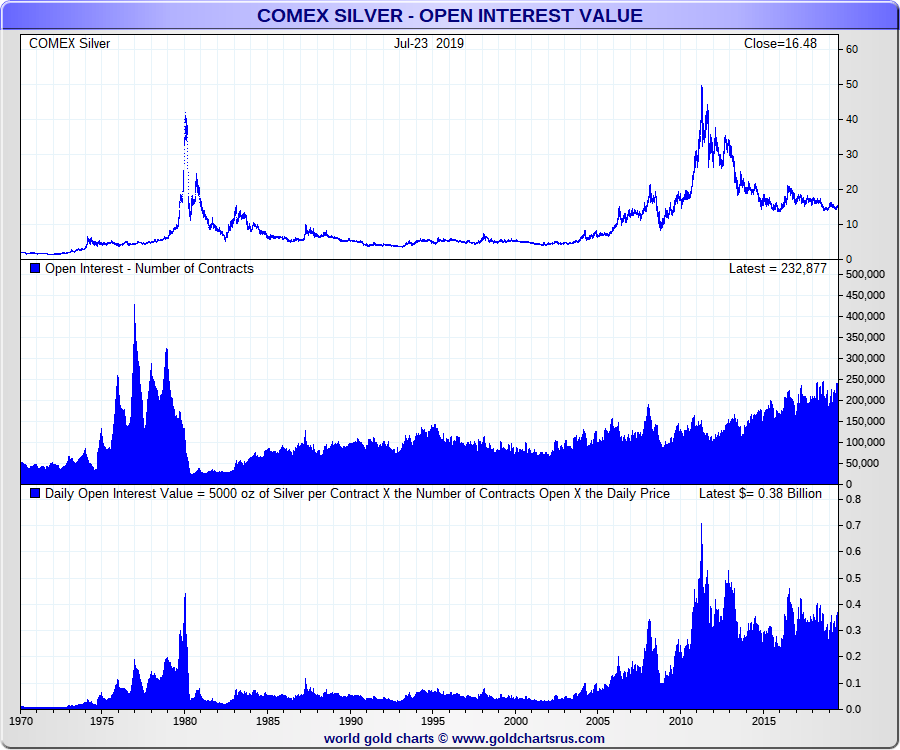 COMEX - 1974 US Treasury Cables that describe the London meeting.

You can see the COMEX silver rule change to pull the rug from under the Hunt Brothers leveraged long position effectively ruined that trading pit's sentiment for about two decades to follow.

Of course, there were some small mini silver price run-ups in the 1980s, one which we have covered recently on this silver podcast but effectively silver was left for dead until Warren Buffett came into silver largely in 1997-1998. 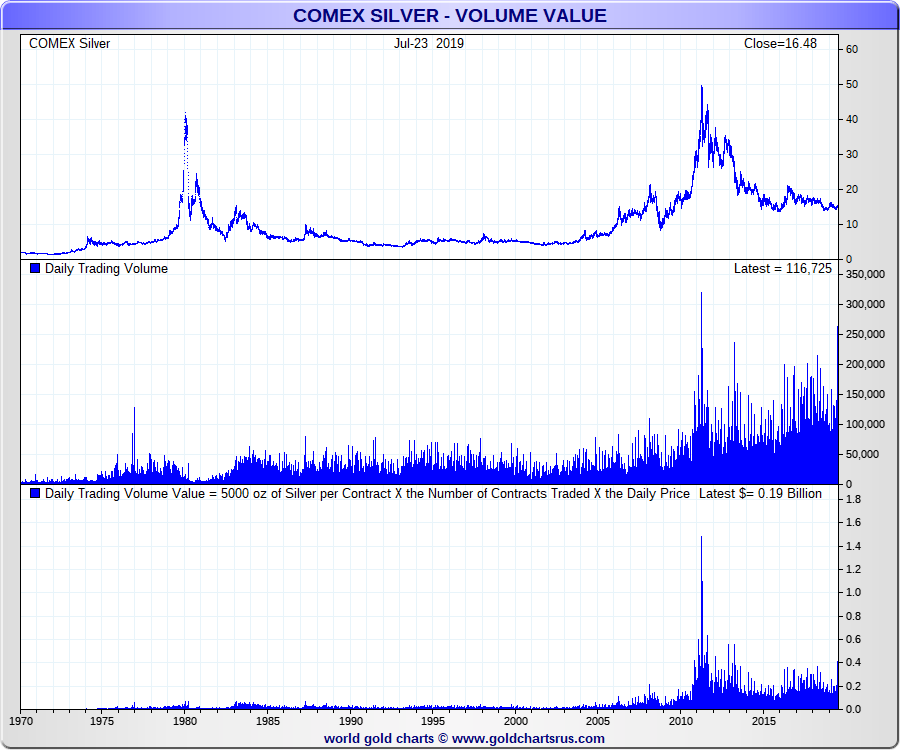 Daily trading volume middle section, you can see we just touched the 2nd all tie high in terms of daily contract trading volumes over 250k in one day.

Big underlying shifts may be occurring? 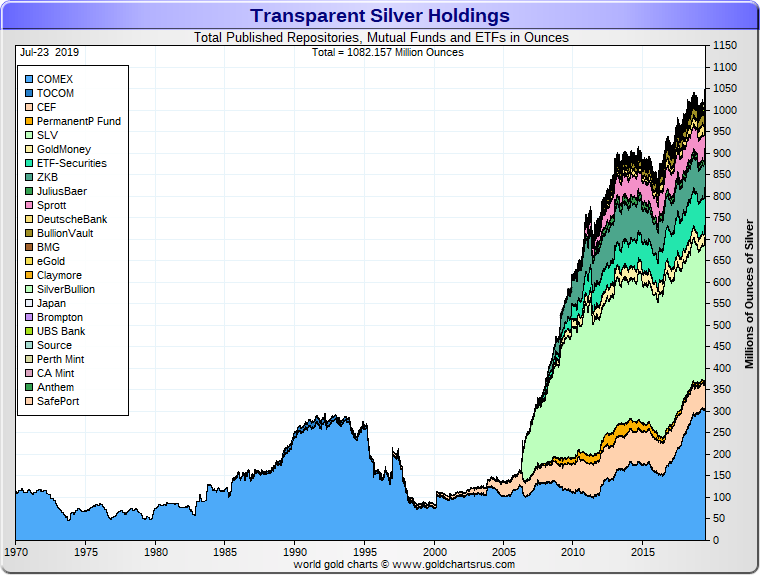 Context of 1 billion ounces of silver in supply and demand.

Inventory levels took off with the founding of SLV, in 2006. And on the COMEX since JPMorgan started stashing post-2011 (Brink's NY has also come on of late). 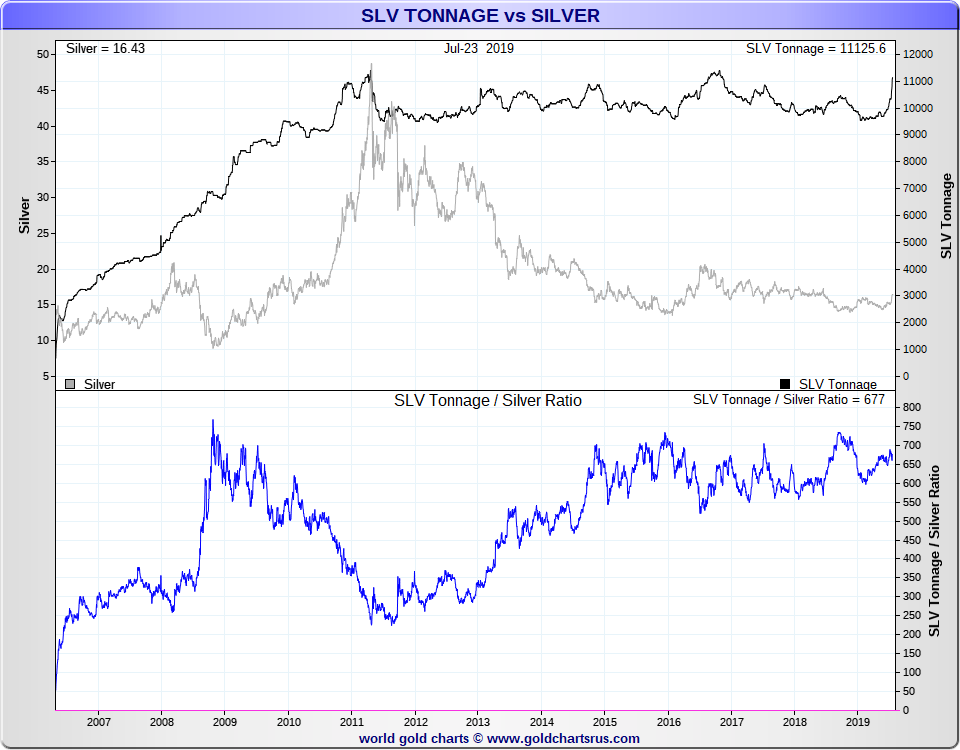 SLV, unlike GLD, doesn't have huge amounts of bullion flowing out of it to meet growing eastern demand. 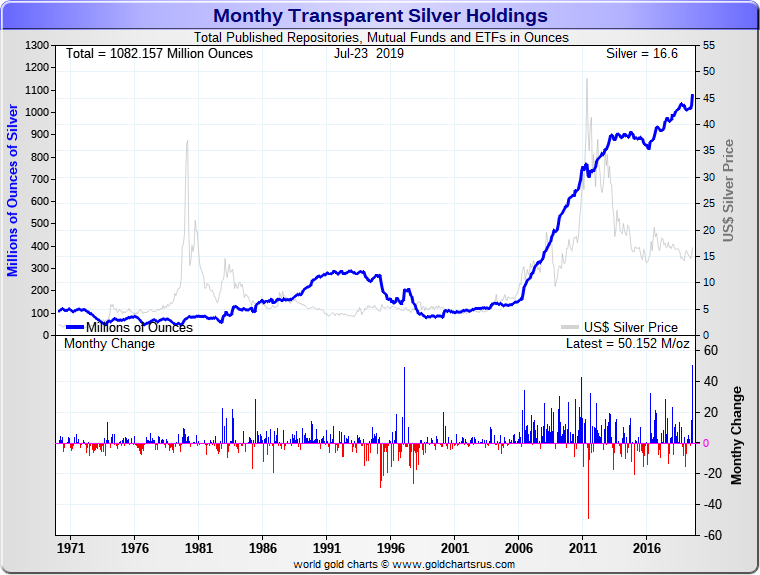 Most of that silver went into the SLV, which only APs can take deliveries from.

50 million ounces mostly going into SLV this past month is more than the US Mint's record Silver Eagle sales volume over an entire year's time. 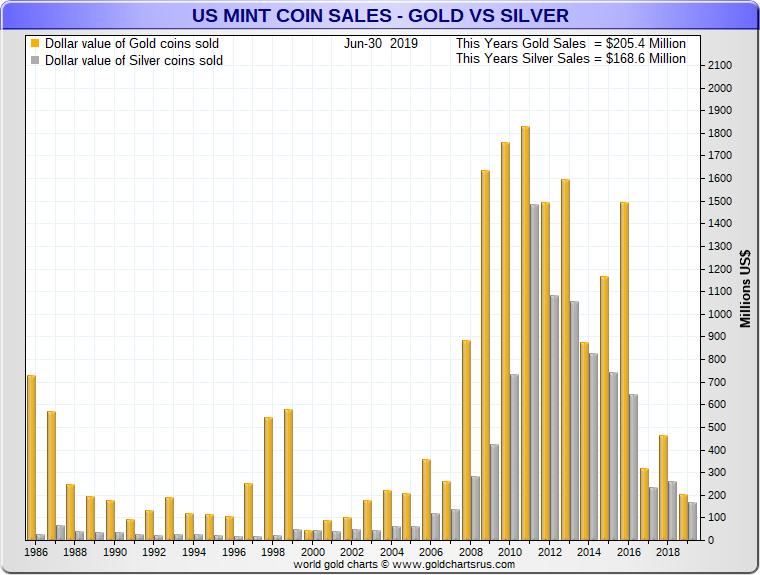 For example, anyone reading this. Which would you rather buy? 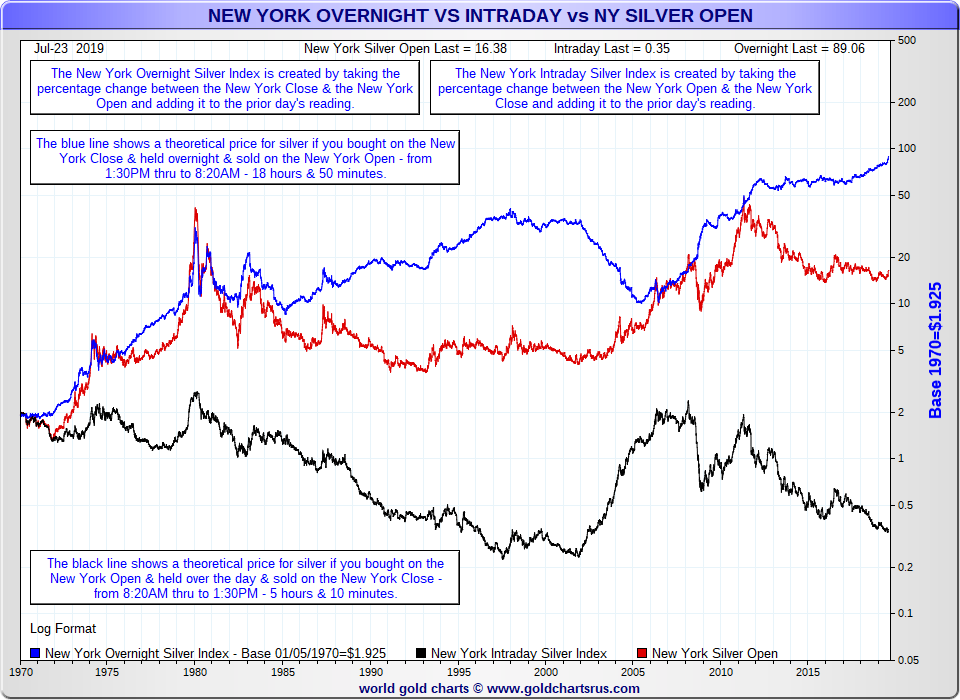 The next large silver short beatdown could be building.

The dislocation of east vs west silver prices often signals an eventual snap back rally to come.

Clearing and maintaining silver spot prices above $21 oz. It will be interesting to see this chart then especially the directions of all three colored lines (blue, black, and of course most important, the red spot price line). 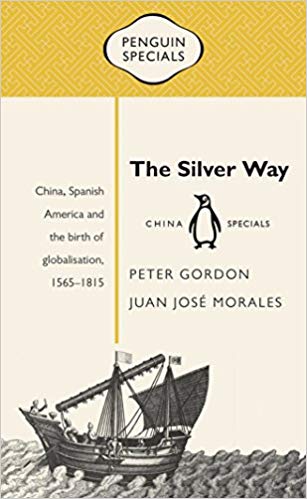 Louis did a full podcast on this interesting 84-page book.

Andrés de Urdaneta ( early 1500s explorer, figured out how to sail from Manilla to Mexico without dying ).

Sailors would take part in the back and forth journey for about 350 pieces of eight Spanish silver coins.

The highest-paid merchant of these trips of slightly less than one year long west to east, back to Mexico trip could make up to 18,000 pieces of eight (about 14,800 troy ounces of silver).

Enough in one go according to historical documentation, to set a man on easy street for the rest of his days.