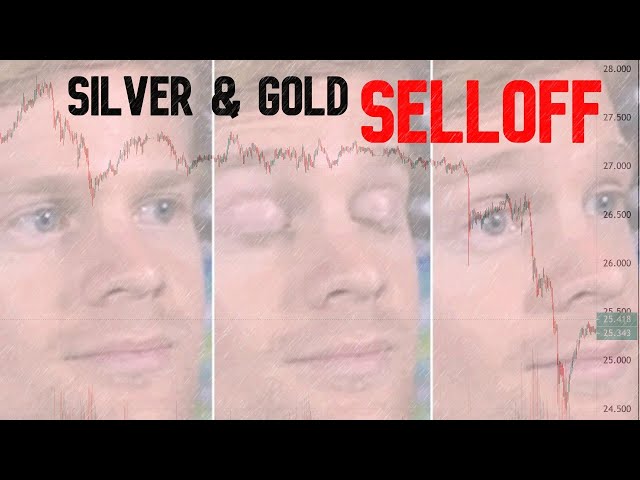 We can likely all agree, the last year 2020 was off the charts strange.

Well, the calendar year has changed, but the weirdo event trend has not.

Just like much in our modern-day lives, the bottom line truth about what happened in the storming of the US capital building this past Wednesday, January 6th, will likely never be known nor understood fully.

Reportedly five people died from this may lay, the FBI is now on manhunts for those involved. Some lawmakers call for President Trump to be impeached and launched from his office before the coming Jan 20th inauguration of Joe Biden.

Very positive silver and gold news began this past week, as both Democratic candidates won the Georgia senate race runoffs.

Further along in this week’s update, we will listen and go into trillions of more reasons why the Democrats hold most seats in the US Senate, US Congress, while having the executive branch is bullish for bullion in the upcoming two years.

Gold reacted positively to the Georgia senate runoff news Tuesday evening and overnight in Asian trading, only to have billions in notional derivative gold contracts sell off the spot price of gold more than $100 oz from Wednesday morning through today’s price raid, based on no real fundamental reasons.

Back in late 2016, when President Trump shockingly won the US election, that was the last time I witnessed gold manipulation chart-painting this egregious in the COMEX markets.

The short term price discovery powers appear in need of buying both themselves and the system more time.

We had a similar story in the silver market this week.

After the bullish silver Georgian election results, the silver spot price appeared to be headed past $28 in route to testing 30 per troy ounce, and then cascading price declines based on next to no bearish news.

So to review the counterintuitive price action this week. There were large silver and gold derivative notional selloffs that started this past Wednesday morning, and they raged through midday today, Friday, Jan 8, 2021.

All that selling effort resulted in the silver spot price closing at about 88¢ oz lower than where it started the week.

Since we simultaneously have got many more trillions of upcoming reasons, there is no question that the derivative short-term price discovery powers are getting so desperate and evident in their technical breakdown efforts.

Quick reminder for those who missed the last time silver went near double in a short time frame.

A decade ago, we started the year with bearish silver price action, only to have a snapback rally nearly double the silver price in about 90 days.

If we listen to what coming Presidential elect Joe Biden said today about some of the future administration’s first moves, they will be made in about two weeks.

Apparent that additional $1,400 stimulus checks are coming, and likely some $2 trillion in green infrastructure spending, much of which should be solar and silver intensive. And these keep in mind will only be the starting salvos of the Biden administration.

Those efforts will not be enough to cover the expanding gap in continued wealth disparity, the nation’s fallen GDP, the collapsed labor participation rate, and sunken consumer spending in our consumer-driven economy.

Ultimately the Democrats and the majority of US citizens polled are now calling for regular $2,000 fiat Fed Note checks every month for as long as this Covid crisis continues.

Monthly helicopter funds remain a real possibility later in this administration’s tenure, and it will come likely come wrapped with a direct fiat Fedcoin account for wide and immediate adoption.

Barring a broad spectrum financial selloff and market crash, expect the silver spot price to come raging back for this week’s carpet-bombing back into the $25 handle.

And note, too, the gold-silver ratio moving back into the 60s is currently only one bullish silver trading day away.

We were beaten over the head this week that on paper, supposedly Elon Musk is now the world’s richest person.

While too, the world’s oldest central banks had an official publicly signaling to the world the fact that central banks both currently are and increasingly will be buying stocks directly when this passive investment bubble begins popping and feeding in on itself.

This chart below illustrates gold’s performance vs. the smaller Dow Jones index and broader S&P500 index throughout this full fiat currency era. Note this chart does not take dividend reinvestments nor company bankruptcies into full account along the way.

The same chart format below, but this time measured by silver’s full fiat era performance. It will take silver moving towards triple digits before another spike pierces the stock performance bubble ongoing.

More simple to see is perhaps the full fiat era dow gold ratio, which stands near 16 at the moment.

A run back towards ten and beyond 2011’s low towards five is possible in this Biden administration’s coming tenure.

If we are indeed setting for a major commodity bull later this decade, rotating out of high priced stocks into hard silver bullion should pay handsomely in valuation and purchasing power gains for those with the foresight to do so now.

After all, the soon to be President is coming into office with trillions of more fiats stuttering off his silver tongue.

These ongoing ingredients lead me to believe we are likely headed to worsening physical bullion shortage eras, coupled with powerful gap ups in bullion values as the coming years unfold.

As always, please take great care of yourselves and those you love.