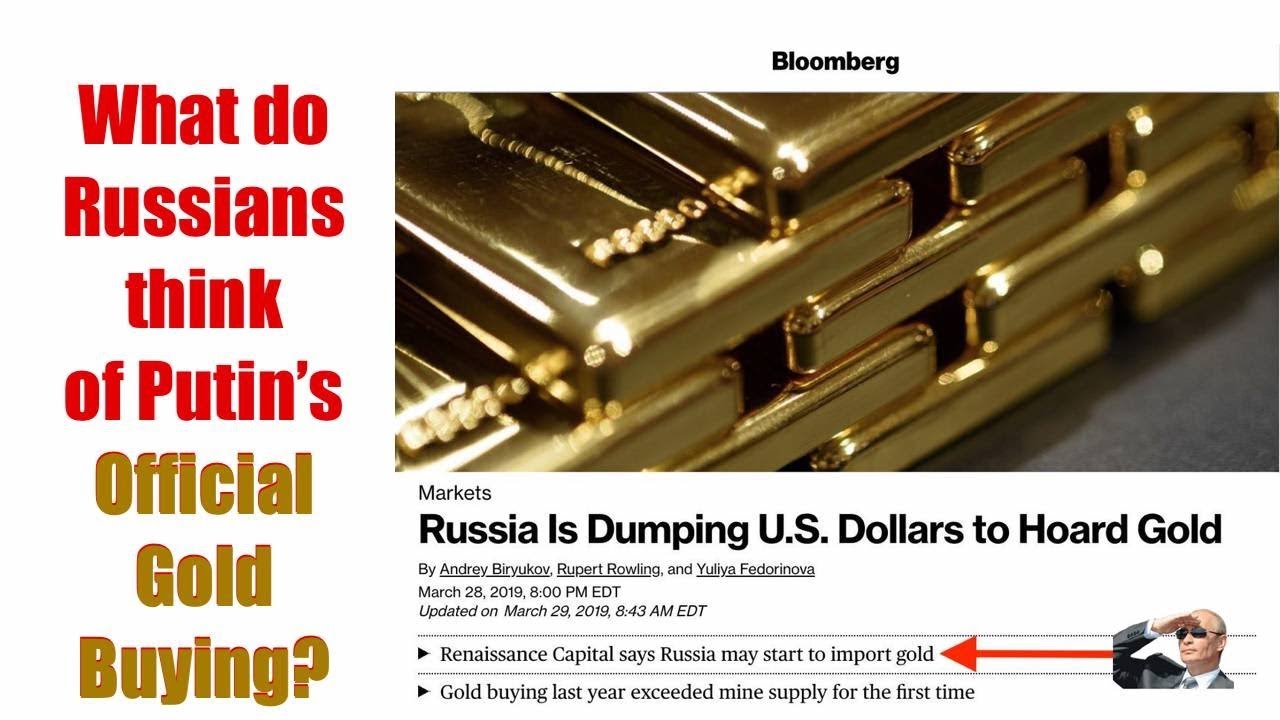 We want to take you to the other side of the world, to hear directly from a gentleman in Moscow, Russia.

For many years now, it appears every month that passes. The Russian Federation consistently and transparently adds an average of almost 1 million ounces of Russian gold bullion to Russian official foreign exchange reserves.

- But what about average Russian citizens?

- What do ordinary Russians know about gold, silver, and other precious metal bullion investment allocations?

- Do Russians have an interest in saving hard assets? Are they even allowed to stack private Russian gold bullion savings?

These and many more profound cultural perspective questions we will touch upon, as we hear from this first-time guest to the show, Mr. Dmitriy Balkovskiy.

Dmitriy is the editor of GoldenFront.ru a Russian gold news website service, and he is also a Russian gold bullion dealer in Moscow, located right next to the Kremlin.

Welcome to this week’s Metals & Markets, I am your host James Anderson of SD Bullion.

With us this week, a new guest.

He is Dmitry Balkovskiy, the editor of GoldenFront.ru a Russian bullion investment news service, and Russian gold dealer.

If you could Dmitry, please expand on who you are, how you are so fluent in English, and why you have such an interest in bullion?

I first came across your name and work from a 2014 interview you did with Casey Research where you helped many interested westerners better understand how Russian investors and citizens deem gold bullion.

How have things changed in Russia regarding bullion if at all since that 2014 interview?

What is the current VAT for bullion in Russia (Gold, Silver, Platinum, Palladium) and are these laws and or VAT taxes lowering potentially?

Obvious that you are fluent in English, a very slim portion of our audience is fluent in the Russian language, and consequently, we may have skewed ideas of the current Russian Federation and past Soviet Empire.

What are some of the largest misconceptions you see today in terms of western ideas of the Russian government and its citizens?

In what ways does the politically liberal Russian citizen view the west juxtaposed (compared) to how Russian nationalists think of the western world?

How are they similar and different in their viewpoints?

Dmitriy's 1990s Russian experience and lessons learned about the somewhat sudden collapse of the Soviet empire. What are some of the lessons he learned and how might that apply for all listeners today?

How does Russia currently think of China in terms of future alliance and or trade to come?

You have been doing a lot of youtube video blogs recently.

You even published on where you interviewed Mexico’s Hugo Salinas Price of Plata.com.mx.

How did you meet and establish a relationship with Don Hugo?

Will there be more interviews with Don Hugo to come?

Currently, we see the Russian Central Bank often adding about 1 million ounces of gold per month to the Russian Federation’s Official Gold and Foreign Exchange Reserves.

I am under the impression that the high 90% of that gold is getting mined from within the Russian Federation, but I have also seen some recent speculations that the Russian Central Bank is considering buying gold externally on top of the continuous Russian gold ore mine output (third largest in the world, only a bit less than Australia and China).

Any ideas on this possibility?

How aware are average Russian Citizens of the increase in Official Russian Gold Reserves?

[ Especially in comparison to other G8 nations. Russia has the highest concentration of Official Gold vs. their respective fiat currency M0 - M1 - M2 measurements. ]

We are seeing signs that wealthy Russian savers have some interest in de-dollarizing like their government, by potentially allocating some cash into gold bullion bars if the current Russian 20% VAT bullion bar tax gets dropped.

You can see some Moscow drone footage taken in 2017.

Pretty gorgeous looking city. Their weather from May through October is probably the better months to see it in person. They have long winters there like us in southeast Michigan.

Thanks for coming on Dmitriy, we hope we can bring you back soon.

Thank you for coming by and visiting us here at SD Bullion.