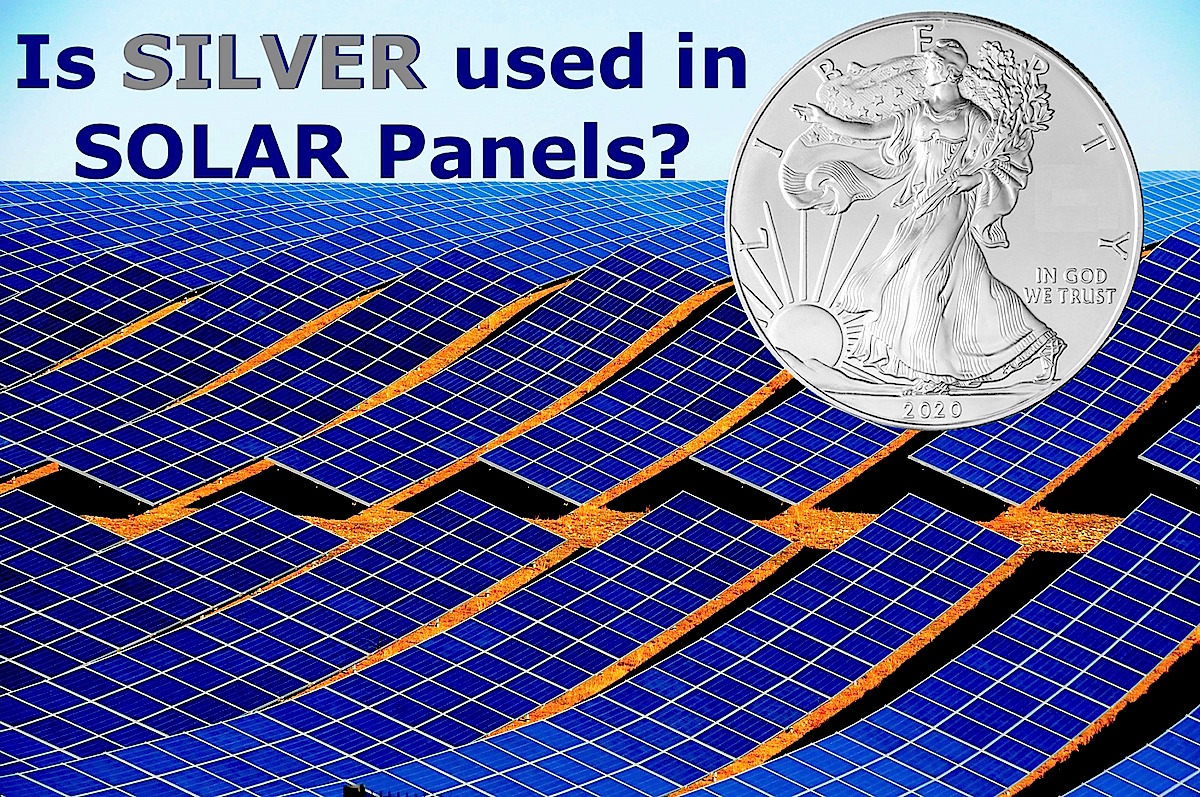 Silver is born from star explosions.

So it is somewhat ironic yet also fitting that silver helps us retrieve power from the same kind of energy source from where it was initially born.

Now more than ever, silver contributes a critical role in the production of solar panels and solar cells that produce electricity from the sun’s light radiation.

Over half of the world’s annual 1 billion ounces physical silver supply, is used for industrial purposes like usage in solar panels and solar cells.

Once we human beings mine silver from the Earth’s core, we refine it.

Finally, we ultimately use silver in various investment, jewelry, and industrial applications. 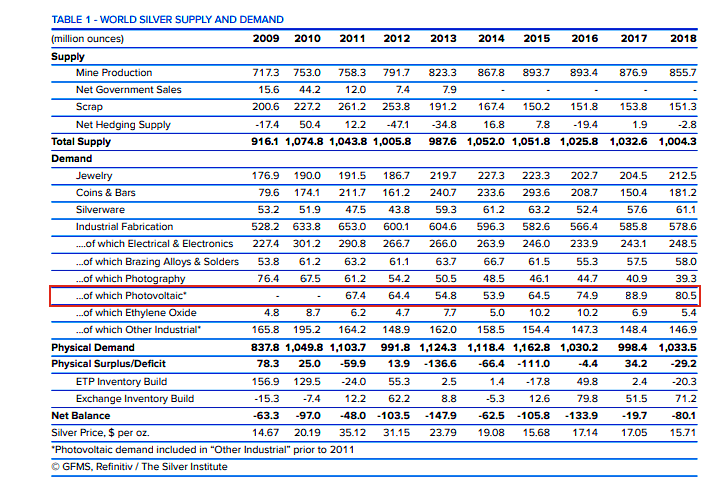 Silver's use for solar panel manufacturing is around 80 million troy ounces per year or currently about 8% of annual silver supply.

Precious silver bullion metal we buy and sell here at SD Bullion, has more applications than virtually any other limited resource we use, other than perhaps crude oil or fresh H2O.

Attempts have been made to thrift some silver out of silver dependent solar panels and replace some silver with copper. Problem is the quality and durability of the cheaper copper-thrift solar cells effectively means that silver’s use in solar panels will endure. For the latter silver solar cell panels are more efficient at retrieving power from sunlight.

In other words, silver spectacular and unmatched electro-conductive deem a useful limit for the possibility of further reducing silver use in solar cell production. The efficiency lost in doing so eventually outweighs the cost-benefits achieved from cheaper raw materials such as copper or even aluminum.

Among many of its leading attributed properties, silver reflects light better than any other metal. Silver is also the most thermally and electrically conductive of all known minerals.

Not even the burgeoning solar energy industry could operate the same without silver’s natural properties and its contribution to photovoltaic (PV) solar cells.

Given that the world, in general, is pursuing more sustainable, less polluting, carbon dioxide emitting power sources. Solar power investing in fossil fuels and coal is indeed picking up growth and trend.

When light from the sun shines on a silicon cell, it generates electrons. The silver paste in solar PV cells collects these electrons and with them forms an electric current. Silver pastes then help conduct the gathered electricity out of the solar panel so it can be consumed and or stored for later.

Silver's top-notch resistivity increases the potential sunlight captured, and energy conducted, and thus total power that gets ultimately collected in a solar cell. This fact makes possible silver substitutes such as copper and nickel phosphide inferior to the silver used most often in solar panels and batteries.

Without silver involved, solar panels could not be as efficient in turning sunlight into usable energy.

How Much Silver gets used in a Solar Panel?

Average solar panels are about 1.8 square meters in size and use about 20 grams or 0.643 troy ounces of physical silver. The current silver use cost per solar panel is around 6.1% of the total cost of the price of building each solar fuel cell unit. That is using only today’s currently depressed silver spot price in middle 2019.

We expect with silver’s monetary investment demand returning in the 2020s, the price of silver’s use in solar panels should rise exorbitantly into the double-digit percentages per solar units to come.

Almost two-thirds of a troy ounce of silver used in every solar panel may not sound costly given today’s depressed silver spot prices. Silver’s future growing cost contribution to solar panels could far outweigh its proportional per unit percentage expense over virtually any other silver industrial applications to come.

How Much Silver is Used by the Solar Industry?
In 2018, about 8% of the world’s annual silver supply (an estimated 80.5 million ounces) got consumed by the world's solar panel manufacturing industry. Demand for silver massive solar power is increasing, especially in the emerging world’s largest populated countries (e.g., gold loving nations like, China and India). 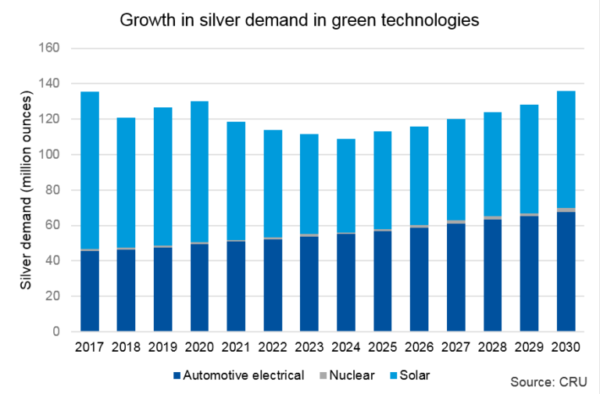 The world’s increased demand for silver-laden solar panels may contribute to escalating the price of silver in the coming years. Future silver price increases could have both a detrimental impact on ongoing solar panel production costs.

Demand for .999 fine silver bullion coins and bars once used over one-fourth of the world’s silver supply (2015). If that again occurs, we will likely begin seeing a rising spot price for silver impacting the solar industry well into the future.

Silver in Solar Panels | Just one of Silver's Various Uses

To learn more about best practices in buying and selling silver bullion, be sure to pick up our free SD Bullion Guide.