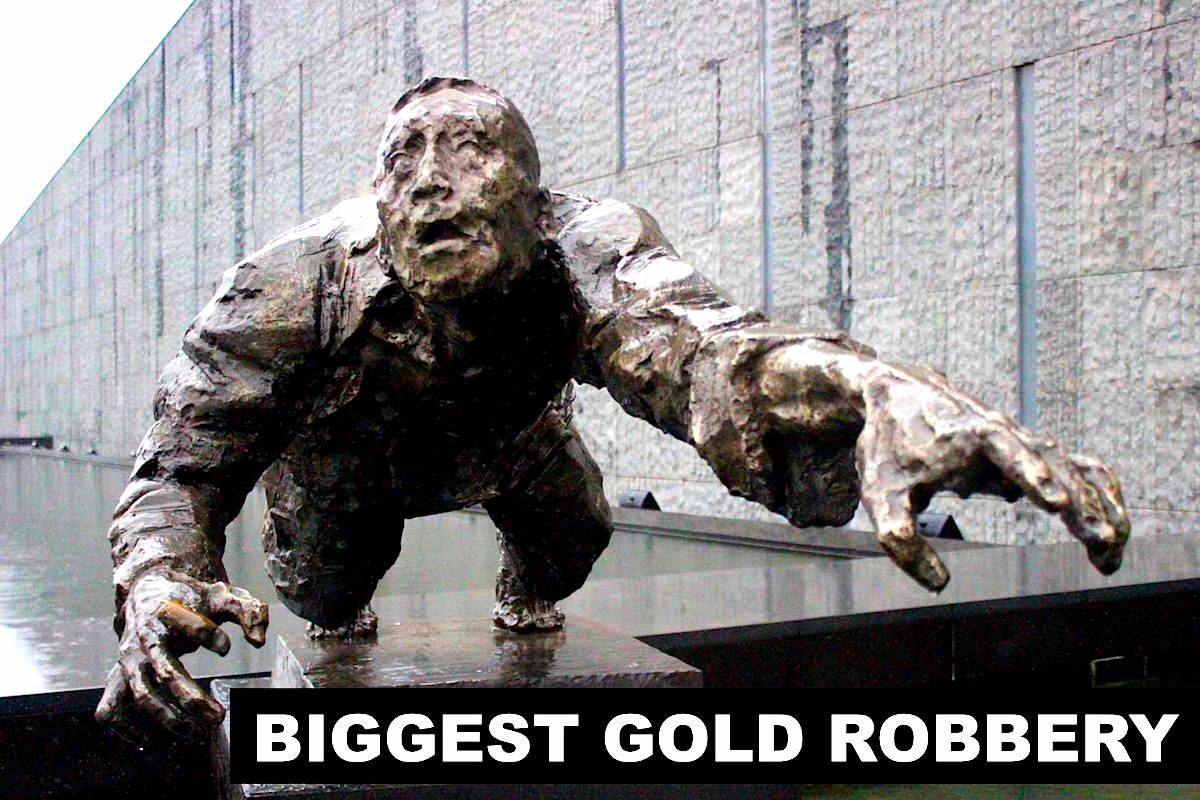 Often year after year, we hear about bullion thefts, and they typically pertain to some small fry inside job or novice thief.

Like some guy on the streets of New York City stealing a 5-gallon paint bucket containing USD 1.6 million in gold dust from the back of an idling Loomis truck.

Or a likely some inside knowledge group of calculating criminals hijacking an 18-wheeler on a North Carolina highway containing $4.8 million in gold bar buckets.

The facts remain that the most significant one-time gold theft events are typically not driven by a few two-bit gangsters or novice thieves, but government-driven affairs.

For history buffs and bullion aficionados, the threat of potential government confiscations and or home invasions is a real one.

It is why, in our industry, we offer various options for non-bank bullion storage domestically and even internationally in perhaps safer jurisdictions.

It is only very recent in times that the world can mine or yield over 100 million troy ounces of new physical gold from the Earth's crust. Before the industrial revolution, mining for gold was both a much more hazardous and challenging affair than it remains even today. 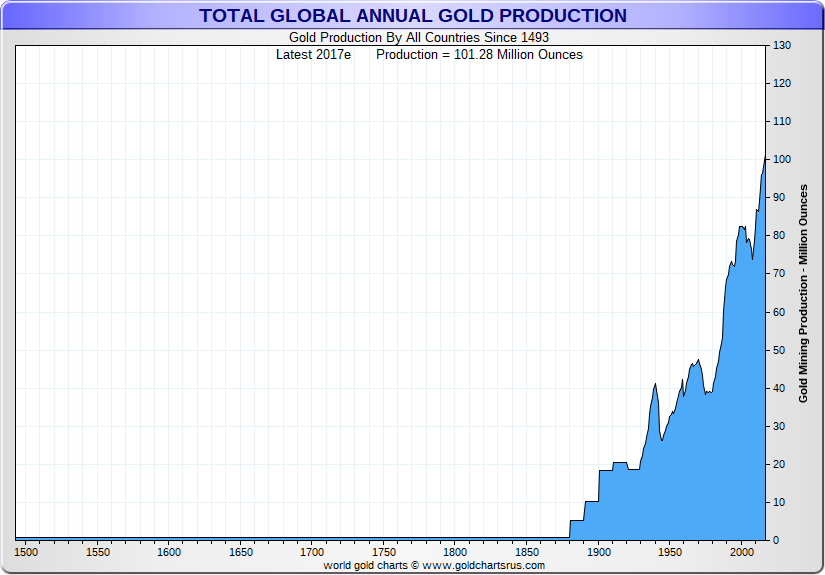 The industrial revolution’s allowed human beings to mine more gold faster than ever before. It is common sense too, therefore, guess that the greatest gold thefts in historic size and scope likely took place during the 20th Century as we are about to describe.

Government politicized gold robber, and government gold confiscations have happened a myriad of times, in various ways, and on multiple scales of overall gold theft size or scope.

Here we will highlight the largest documented gold thefts by scope and size.

There were Spanish gold and silver looting of the new Americas around the time of the 16th Century. This pre-industrial revolution gold mining took a conservatively estimated 154 tonnes of gold and 7,440 tonnes of silver back to invading European coffers.

These are conservative estimates as much of the new world’s looted precious metal did not make its way back to Europe but also stayed in the Americas (e.g., Spanish pieces of eight silver coins struck in Mexico) which got also used in building trade routes at the time with Asia.

Nazi gold fleeced during World War II is conservatively estimated to have been just over 1,000 tons in size.

Most of this stolen gold was done in a disorderly manner, ushered off to Swiss banks to help finance the then German war machine.

The next most massive most obvious gold theft for most readers was the 1933-1934 gold nationalization of US citizen’s privately held gold coins.

In replacement of the privately saved gold coins being turned in, US citizens got $20.67 per ounce redemption payments in paper currency. By 1934, then US President Franklin Delano Roosevelt devalued those same paper US dollars to gold by nearly -70%, arbitrary going from the more than century long-standing price of $20.67 to $35.00 oz USD with the flick of a pen (lone exceptions being after wars and subsequent price inflations which followed).

Adding insult to injury, much of the roughly 10,000 tonnes of private US gold nationalized (to bolster the then US Official Gold supply) was quickly pilfered out of US gold vaults in an attempt to keep the US dollar gold price suppressed and consistent following World War II and moving into the Vietnam Ware era (e.g., the ultimately failed London Gold Pool).

In terms of the greatest sized gold robbery by historical standards, the most significant gold theft without any redemption occurred during 1937. It was done by at the Imperial Japanese Rape of Nanjing, China with was then the capital city of the Chinese nation-state (sometimes also spelled as Nanking).

The few months-long 1937 Imperial Japanese invasion of the then Chinese capital city is to date still the largest documented gold robbery in history. In that operation alone the Imperial Japanese army took the equivalent of around 80% of the Official Gold Reserves the USA claims to have today.

The Japanese did not have a central bank fiat currency financing mechanism like the German Nazi party did (again Swiss financed mainly).

World War II occupied east most likely had more gold spread about its historically gold loving citizenry than even Nazi-occupied Europe did at the time.

In these few months-long campaigns, the invading Japanese army killed some 200,000 to 300,000 Chinese citizens and took 6,600 tonnes of gold. This amount is almost 50% more gold bullion than the USA currently claims to hold in its Fort Knox vaults.

Embedded below is a point in a popular podcast illustrating the kinds of brutalities that occurred in this then 1937-1938 Chinese capital city of Nanjing.

Much of this is often unknown eastern history for many westerners.

It remains an excellent tool for nationalistic fervor is now China. As well today, this historical tragedy is still a constant force of resentment amongst many other Asian nations when asked of their feelings on Japanese culture and history.

Instead of merely invading and ransacking without much plan (e.g., Nazis), the Imperial Japanese often kidnapped and tortured their way into recouping as much plunderable treasure as a nation might have within it.

Remember again that unlike the German Nazi invaders, the Imperial Japanese did not have a central bank using debt, fractional reserve banking, and other financial machinations to allow its war machine to expand without full bullion specie, high-end undamaged art, or collectibles for payments.

All told throughout the World War II-era; Imperial Japan stole 10s of 1,000s of gold tonnes in the late 30s and early 40s.

What occurred with all this stolen gold is still a source of great controversy and conspiracy today (e.g., Yamashita's Gold).

What remains factual and irrefutable in the long, sordid history of giant gold robberies, is the following point.

It is by far and at large, often either invading rogue or bankrupting nation-states, who committed the largest gold thefts.