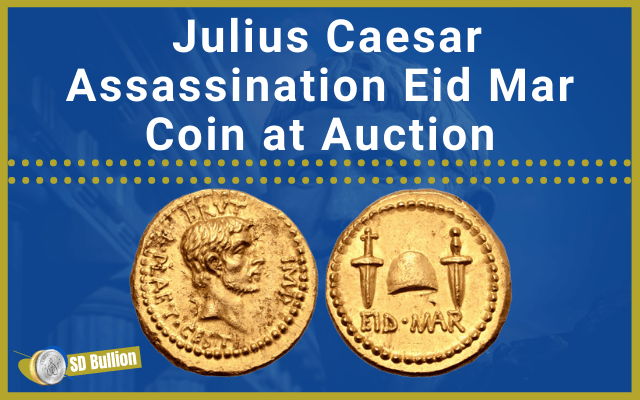 A golden piece of history 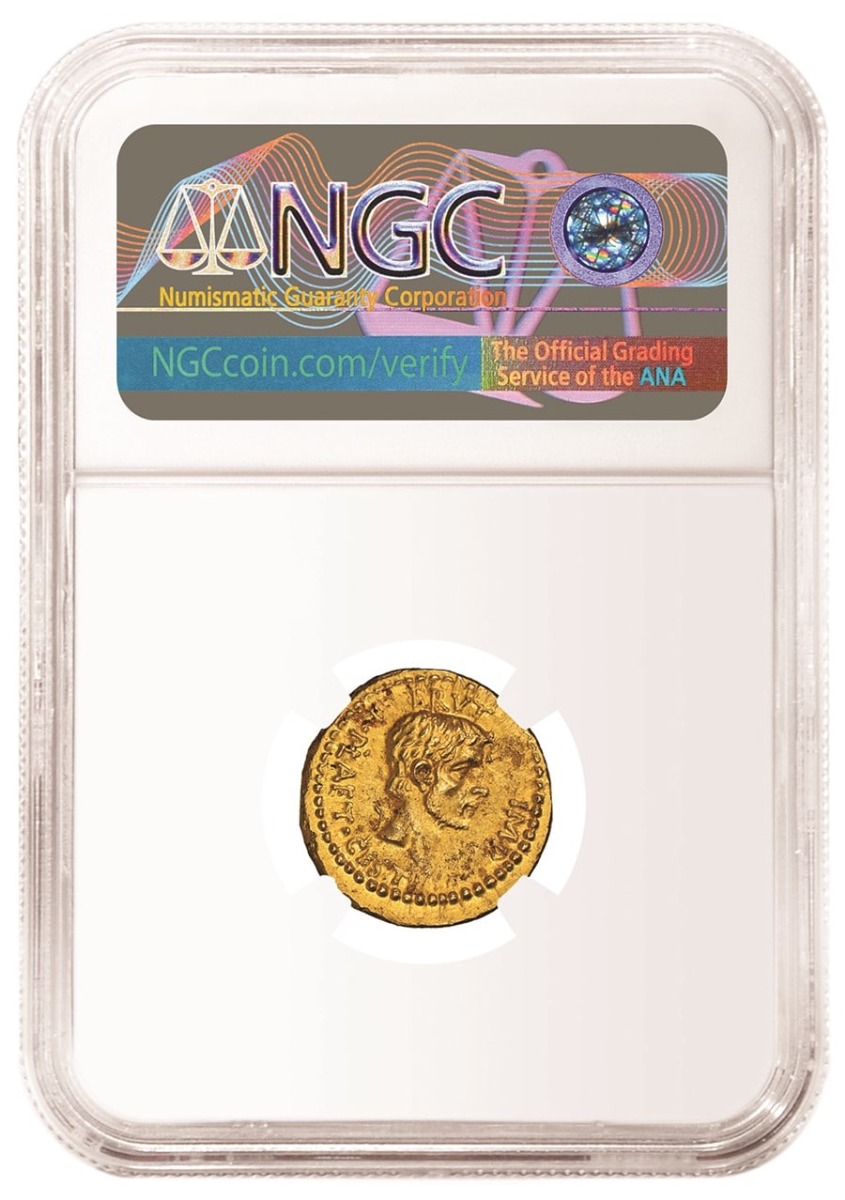 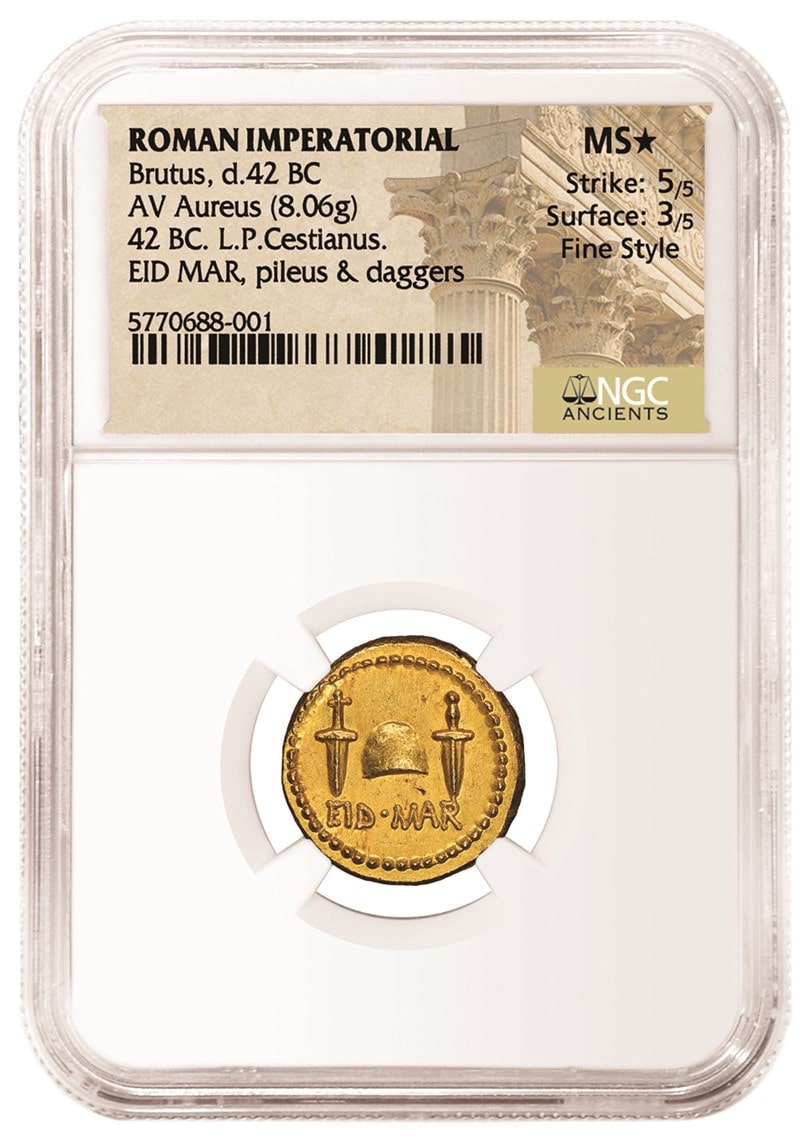 A 2000-year old Roman coin struck after the killing of Julius Caesar will be auctioned in May of 2022. Coin specialists and enthusiasts predict that the gold coin could sell for over $2 million once put to auction. This famous piece is already considered one of the world’s most valuable coins.

The “Eid Mar” aureus, as the gold coin is called, is believed to have been struck celebrating the assassination of dictator Julius Caesar in 44 BC. There are only 2 other gold examples known.

One is in the permanent collection of the Deutsche Bundesbank, the central bank of Germany's Federal Republic. The other was sold by Roma Numismatics in 2020 for over 4 million dollars. That makes the current sample the only publicly available example for collectors.

The ancient coin is made of pure gold and was on display at a British museum for the last 10 years. It is currently part of a private collection, though interest in it is high. Numismatic institutions, coin collectors, and private museums all look forward to the piece’s auction.

The history behind the coin

Dating back to over 2065 years ago, the coin is named after the abbreviation of “Eidibus Martiis”, or Ides of March, inscribed on its reverse. That is the 74th day of the Roman calendar, and also the day Julius Caesar’s assassination took place.

Gaius Julius Caesar, Rome’s dictator and last leader in its Republic, was stabbed to death at a gathering of the Senate. His murder was a turning point in the development of a political instability and social discord which led to the founding of the Roman Empire by Marc Antony.

Close to 60 officials conspired to slay Caesar. They were led by politician and senator Brutus and Cassius, respectively.

Marcus Junius Brutus, the notorious betrayer of the Roman dictator, is said to be the one that issued the Eid Mar denarius. Brutus struck these rare coins from 43 to 42 BC, in silver and gold. In fact, it is possible that high-ranking officials of the beloved Republic dictated by Julius Caesar crossed paths with the auction coin in question.

Moreover, Marcus Junius Brutus’ bust is visible on one of the sides of the soon-to-be auctioned gold aureus.

A silver example of the Brutus ancient coins. Source

Lucius Plaetorius Cestianus is attributed as the designer of the Eid Mar type coin. He acted as the moneyer and administrator of the mint workers. A military mint traveling in Northern Greece with Brutus and his army produced these coins.

That is because, not long after Caesar’s assassination, social unrest culminated in a civil war. Brutus and Cassius, the main conspirators, held a battle against the troops avenging the dictator.

Julius Caesar, as a matter of fact, was the first person to have their effigy on Roman coinage during their lifetime. In the same manner as Caesar, Brutus commanded a bust of his own likeness to be inscribed in the gold Eid Mar aureus.

Brutus' effigy is seen facing right on its obverse. The inscription around his portrait reads “BRVT IMP L PLAET CEST”, which are abbreviations for Brutus, Imperator, Lucius Plaetorius Cestianus. A dotted line border is visible circling Brutus’ profile, as is common for most Roman denarius.

The reverse of the Roman coin features two daggers with different hilts, representing that more than one person took part in the murder. Between the two weapons is a pileus cap, or liberty cap, a Roman symbol of freedom and emancipation.

Below all, the letters read “EID MAR”, denoting the Ides of March and indirectly giving the gold coin its nickname. The same dotted line border is present along the edge of its reverse. 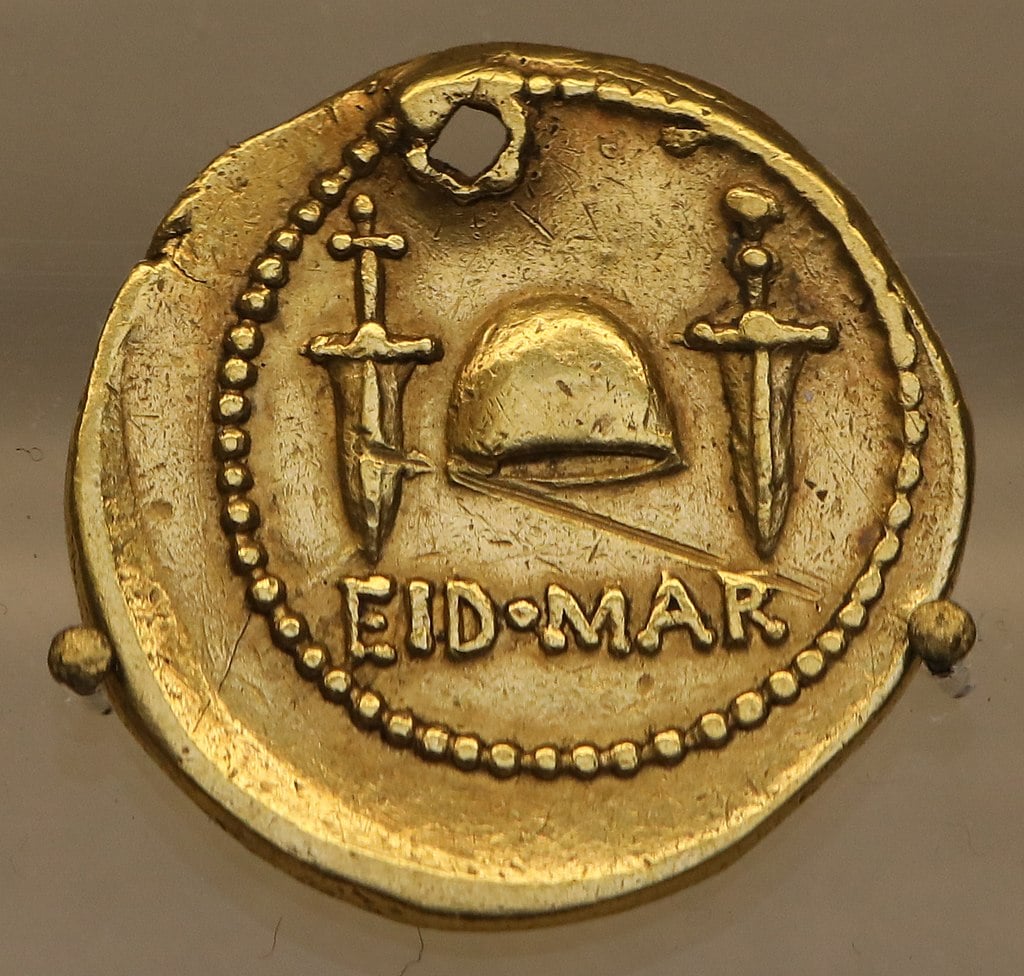 The second out of 3 gold pieces of the Eid Mar aureus. Source

The ancient coin is about the size of an American nickel. It will go on sale in May 2022.

The Numismatica Ars Classica rare-coin auction house will be the one responsible for selling the Eid Mar. Founded in 1988 in Zurich, Switzerland, the company is considered one of the world’s chiefs and most trusted ancient-coin firms.

The company is specialized in, though not restricted to, Greek, Roman, Byzantine, and ancient Roman coins. They also have branches in London and Milan.

The auction for this unique coin of the ancient world is set to occur on May 30th, 2022. It will take place in person, at the Hotel Baur au Lac, in Zurich.

Plus, this is only the second time a gold coin of this historical relevance is auctioned. The prior example sold on October 29, 2020, at the Roma Numismatics auction in London.

The previous piece sold for a record price of £3,240,000, or roughly US$4,256,000 at the time of writing. It was inspected and certified in "Fine Style" by the Numismatic Guaranty Corporation, or NGC.

The event of Julius Caesar’s death is of great importance to the arrangement of our modern world. The war and uprising that took place following his murder were paramount to the establishment of the Roman Empire.

Rome’s relevancy and influence are seen to this day, be it in our culture, writing, or even our coinage. To have an extremely rare coin tying Roman’s legacy with our current society is invaluable. Even more so a piece in good condition and of extreme rarity.

One out of the three known examples of the Eid Mar issue is sure to draw the interest of numismatists, historians, and enthusiasts alike. The upcoming auction may serve as another echo of the Roman’s impact. As far as we know, it can potentially establish a new sale record, reaching multiple million figures.