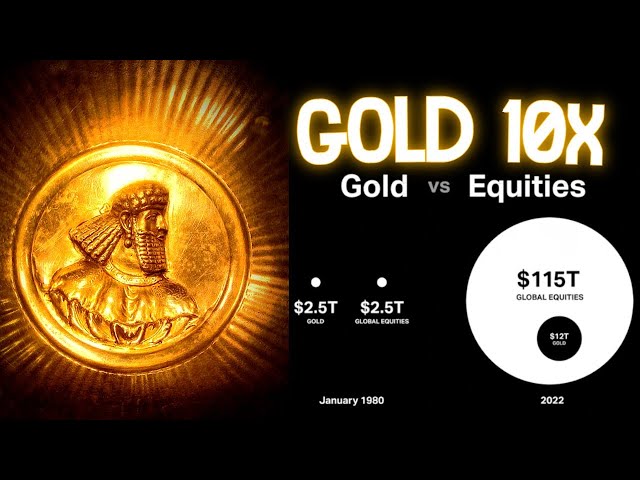 US Mint Has Largest Gold and Silver Sales in 23 Years

Last week Paypal co-founder Peter Thiel spoke about gold's value now versus where gold's value has been (and could go again).

While open discussions of the coming global sovereign Central Bank Digital Currency system are increasing in the public arena. The world's head central bank of central banks, the Bank for International Settlements this week, published a speech in which they acknowledged we are now living in an era of 'The Return of Inflation."

Surely the CBDC systems the BIS is helping 100+ nations build will help quell potential revolts from increasingly higher prices ahead for food and energy in the years to come.

China and Russia are increasingly trading commodities for the Chinese yuan directly. Specifically, energy inputs like coal and oil for yuan trades are increasing despite ongoing western sanctions.

Judging by the strength of the Russian ruble this past week, it seems the bid for rubles in international commodities training remains strong, having erased nearly all its losses from western sanctions related to the Ukrainian invasion to date.

Silver and gold had positive weeks in trading.

The silver spot price underperformed gold, finishing the week just under 25 per ounce.

The gold-silver ratio climbed on gold's strength, finishing just under 79 parts silver to one part gold this week.

Price inflation in major silver-producing Peru has surged late, at a likely understated 6.82%.

This fiat currency creation versus inflation chart is from Peru, spanning the 1980s into the early 1990s when they suffered hyperinflation and reset of the new fiat Peruvian sol currency system.

Notice something similar governments have all seemingly done together through the modern world?

The Australian Perth Mint, in March 2022, made sales near record size in fiat Australian values.

Both Perth Mint silver and gold bullion sales volumes, when this chart gets updated, will be hitting near record-high levels illustrated by these respective two blue arrows, the larger sum being gold, the tinier arrow illustrating where this last month's silver sales in fiat Australian dollars will come in at.

The US Mint had its strongest gold bullion coin sales figures in over 23 years in Q1.

At this pace, the US Mint will break its annual record in gold bullion ounces sold, even though the overall fiat currency unit price of US Mint gold bullion coins now in 2022 is nearly ten times what gold was priced in the year 1999.

To finish this week's SD Bullion Market Update, a brief reminder about how much further gold stands to appreciate in the commodity supercycle now unfolding globally before our eyes.

The co-founder of PayPal, Peter Thiel, spoke in Miami this past week; one point of his talk revolved around gold's value now versus where gold's value has been and could go again.

Well, Mr. Peter Thiel, respectfully, the first reason this has not happened in history yet, as it happened relatively recently with gold bullion values in 1980, as you illustrated, is that when the stuff hits the fan, the world's population runs to the most trusted monies of all time, and those remain physical gold and silver.

They also have this not so insignificant thing called a monopoly on violence and coercive laws and regulation creation.

They are coming with their own central bank digital currency systems, and one of the lone private asset classes you can own outside of the digital universe without counterpart risk remains bullion. Gold and silver are achieving record demand levels for this and seemingly infinite crypto and fiat currency unit creation reasons.

Human beings are inherently flawed, and their currency creationism is no exception.

Get some before they become exceptionally hard to find and exorbitantly costly.

That is all for this week's update.