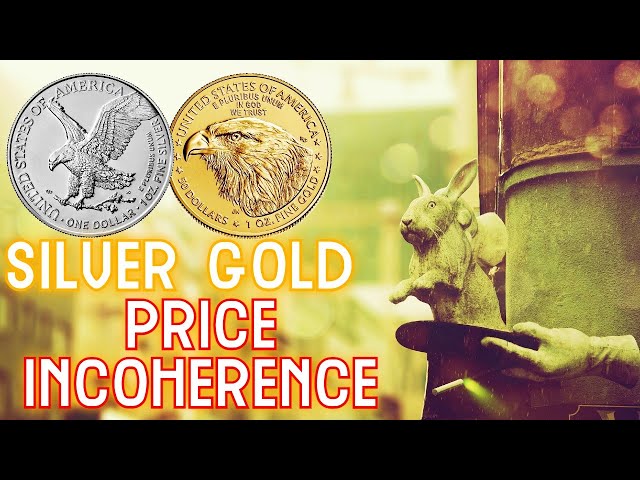 Will Evergrande Cause a Financial Collapse in China?

The world has never seen a nation with the size and scale of China grow so fast.

Of course, years of ghost city scandals and malinvestment projects both built and blown up in short order to clear space for new projects is commonplace.

But now, some alleged real estate Ponzi schemes are starting to hit ordinary people's life savings, and tens of thousands want their money back.

Once the country's second-largest real estate developer, Chinese property development giant Evergrande, is drowning in debt and likely defaults on what it owes.

Some 1.5 million people have put deposits on new homes that have yet to be built.

Reportedly over 70,000 retail investors forked over vast sums of money, in some cases their entire life savings, after the country's second-largest, 'too big to fail' property developer wooed them with promises of 10%+ annual returns.

After accumulating an equivalent value of about $410 billion fiats Fed notes in liabilities, the company Evergrande - which became the country's largest high-yield dollar bond issuer (16% of all outstanding notes) - sparked protests across the country earlier this week after announcing they were forced to delay payments in their wealth management products.

Evergrande allegedly has more than 700 real estate projects across 223 Chinese cities - most of which lie in the country's less developed regions - and has committed to complete some 1.4 million properties by the end of June, according to The Straits Times.

Beijing has yet to make an official statement on what actions will be taken as many unsecured investors, both domestic and foreign, are hoping for a full-on government bailout.

According to Wolf Richter of WolfStreet.com, "Property development has been a huge factor in China’s economic growth and supposed miracle story. It accounts for 28% of GDP. And much of it has been funded by debt, including fiat dollar-denominated debt, and much of it is now blowing up in their faces.

So will the collapse of overleveraged Chinese property developers cause a financial crisis in China and perhaps beyond?

It could. But some of the biggest losers are foreign investors that bought those bonds, and not Chinese banks, and for a financial crisis to happen, it would have to sink China’s banking system."

For now, according to Wolf Richter, it looks like China might be trying to force "a brutal deleveraging on the property sector to bring down risks and tamp down on rampant speculation and price increases. It looks like an effort to rebalance the economy away from property development.

It looks like investors are invited to eat the costs of this forced deleveraging, with the government perhaps teaching them a lesson, namely that they might not get bailed out and that the flood of liquidity into the property sector was misguided and needs to end.

And it looks like the government is willing to take the risks of spillover effects into the broader economy and credit markets. And if, in fact, the government refuses to bail out bondholders, and allows a large-scale bloodbath among investors, particularly foreign investors, to occur in order to deleverage the economy, that would be a sea change for investors in China."

In the coming weeks and months, we will likely see the Chinese financial authorities’ direction.

Again those 4 GSIB bank names (see page 3) we highlighted in this week’s video, as defined by the Bank for International Settlement Financial Stability Board. Those are the Chinese megabank names to stay focused on in terms of potential contagion going possibly beyond China’s borders.

Silver spot and gold spot prices have been trading like trash of late.

The gold spot price is likely to close this week around the $1,750 oz handle, and the silver spot price looks to finish the week just below $22.50 oz. Silver is teetering on the bottom of its last over one-year consolidation channel, lookout.

The gold-silver ratio has now climbed near 80, and it remains to be seen what kind of spot price attack shenanigans might get let loose this coming Sunday night in low-volume Asian trading to possibly get shorts out from under any potential paper losses they may still be staring at.

If you are still acquiring physical bullion and precious metals positions, keep your heads on a swivel and potential buying triggers engaged.

Here is the gold spot price vs. the 200-day moving average throughout this whole fiat currency era now over fifty years running. Now we’ll zoom into the last five years so you can see the context of where we are versus recently been.

Here is the silver spot price vs. the 200-day moving average throughout this full fiat currency era now over five decades running. Again we’ll zoom into the last five years so you can see the context of where we are versus where we have somewhat recently been.

Anecdotal reports out of China are Chinese housewives have been buying the price dip and gold bullion import inflows were heavy this past week.

On the United States side of this current situation, Daniel Oliver of Myrmikan had this gold versus real negative interest rate chart to remind us of how misplaced things are in the financial markets at the moment.

Remember that when looking at current negative interest rates near negative five percent per annum, the US government is likely underreporting actual price inflation by a factor of times or so, meaning real inflation is expected to be running around 10% for most citizens.

Back in the 1970s, the US government and Bureau of Labor Statistics were not in the full-time business of rigging price data regularly as they are increasingly now.

The case for the price of gold being multiples of where it is right now can be made based on past historical precedence repeating. But just let’s wait and see how much worse the inflation data gets in the coming yrs before we get entirely shocked by this perverted price discovery.

The reported balance sheet of the Federal Reserve is now at $8.5 trillion and counting.

Remember what happened last time the Federal Reserve tried to taper its balance sheet while the Federal Funds Rate got moved up to near 2%?

That’s right, the stock market rolled over violently, and emergency phone calls on Christmas Eve 2018 were made to the plunge protection team and US-megabanks.

This financial system is still structurally sick as a cancer patient. The question of when confidence starts collapsing and investors start running for the tiny exits, that’s what we’re staying focused on here.

This week, the Institute for International Finance reminded the world of the crazy debt binge it’s been on, especially over the last handful of years.

Of course, many of these challenging debt levels are owed by corporates, households, and others denominated in fiat currencies. Most of these debtors do not have their very own legal tender printing presses. Newsflash: much of this debt is not going to get paid back in real term$.

Not accounted either in these totals are $100s of trillions not saved for unfunded liabilities that the west owes. For example, unfunded programs like social security, medicare, government pensions, and other mandatory government promise piles accrued in the USA alone.

How will the future defaults and currency debasements in absolute real value terms unfold?

Now to move this bullion market update back to silver from the start of September 2021. Long-time silver derivative trade Peter Brandt tweeted the asymmetric bet he was supposedly making to begin this month. The idea is that the silver spot would not see below $20 oz before running at $50 oz ahead. Well, that claim is now an honest question.

But let's look at some ridiculous fundamental drivers outside of record silver investment demand ongoing. For example, the Biden administration is about to propose a $3.5 trillion infrastructure bill. A large portion of promises is about a massive solar panel buildout for the US electric grid in the decades to come.

We now have outlandish claims from the Department of Energy stating that 40% of US electricity will come from solar panels by 2035. Imagine a solar panel a bit smaller than the state of Maine broken up and sprinkled about on rooftops and in unused sections and swaths of arid and non-US farmlands.

The US Department of Energy also has a Solar Futures Study, 310 pages long, and one riddled with many assumptions that will prove wrong. But the most salient part was likely on the report’s page 166, where they explicitly state, "silver demand from solar panels could reach almost 40% of 2020 global production in a global decarbonization scenario."

Ah, Earth to the Department of Energy. I don't know; maybe you haven't been paying attention thus far this decade. But the amounts of silver bullion and investment ETF demand ongoing and likely to come will be a real problem for silver supply levels at these paltry spot prices. London complained that they almost ran out of silver bullion inventories a mere handful of months ago.

You better come up with a higher spot price to induce the silver mining and refining required to meet the lofty figures you published in this report.

But the Department of Energy has a commingled figure of 2,572,056,000 oz silver / and later thrifted solar panel copper ounces that will supposedly go into this massive government energy program.

So the idea that the silver spot price will slip back and flounder into the teens for a long duration to come is pretty silly. The US government is talking about silver-laced solar panels combined with their seemingly infinite fiat monetary base ramping galore; silver should be set up for some of its best years to come.

That is all for this week's SD Bullion update.

Thanks for tuning in, and as always, take great care of yourselves and those you love.