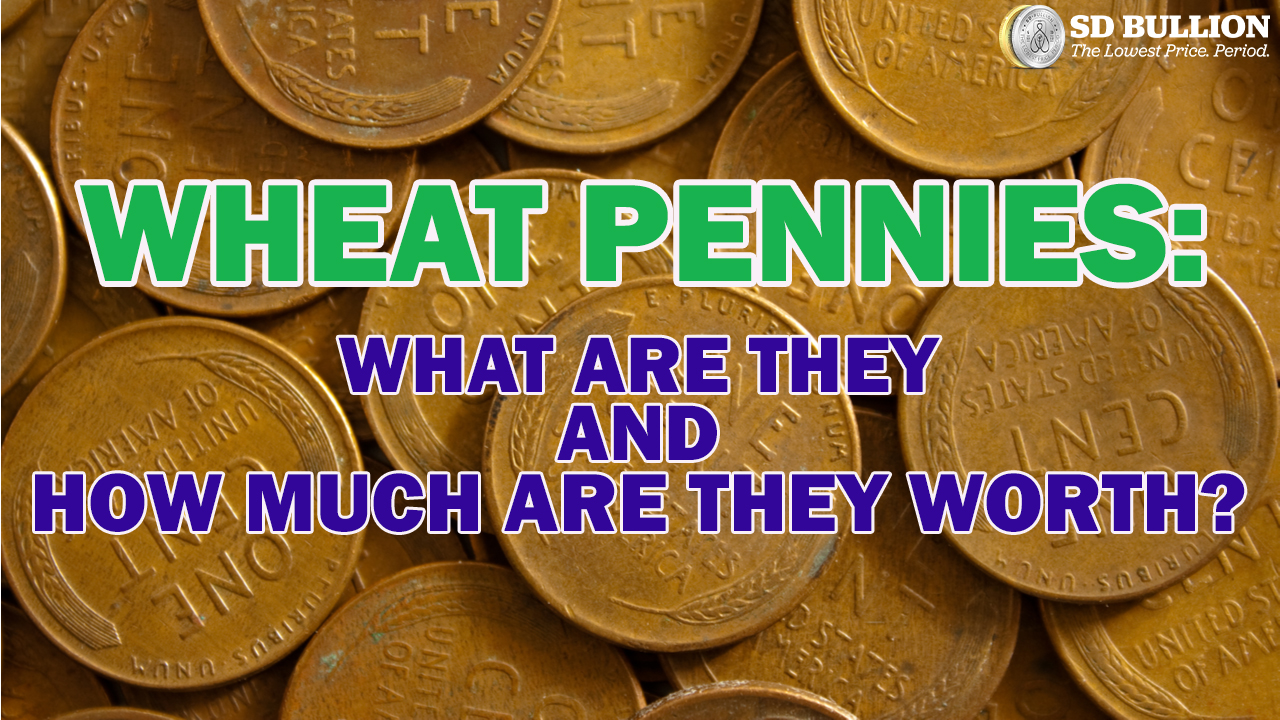 The word penny has been around since medieval times, and the name of the U.S. penny comes from the British coin with the same name.

First minted in 1787, the U.S. penny has been one of the mainstays of American coinage. The official U.S. Mint name for the coin is the “cent,” and the official U.S. Treasury name for it is “one-cent piece.”

Although pennies have been around since the late 1700s, the penny did not take its now-familiar form until 1909, when its design began featuring President Abraham Lincoln — to celebrate the centennial of his birth, replacing the Indian head pennies in production at the time.

The first Lincoln pennies released came to be known as the Lincoln wheat penny, or Lincoln wheat cent, which featured two wheat stalks framing the writing on the reverse side.

What Is a Wheat Penny?

It was President Theodore Roosevelt who commissioned a revamp in the American coinage at the time. And the famous sculptor Augustus Saint-Gaudens was the one tasked with the redesigns. However, Saint-Gaudens fell gravely ill and passed away before finalizing the design for the penny. Litvak-American sculptor Victor David Brenner inherited the task.

The dies were prepared in the Philadelphia Mint and distributed to the other branches in June of 1909. That initial year had two versions. One version had the engraver’s initials, Victor David Brenners (V.D.B.), on the reverse side, and the other did not. Brenner's initials would be brought back in 1918, but they were much smaller and were placed on the front of the coin near Lincoln’s shoulder.

Although a wheat penny’s face value is one cent, all wheat pennies are worth more than their face value. Even those in poor condition are worth at least 3 or 4 cents, and some can be worth six figures to coin collectors.

Most wheat pennies in good condition will be worth about $10 on average and are fairly easy to find and purchase. Of course, the rarest wheat pennies will cost you, well, a pretty penny.

Check out more: What are pennies made of

How Much is a Wheat Penny Worth?

The following list contains the most valuable wheat pennies that were issued into circulation. Their values are based on the latest deals and market updates. They are worth a considerable amount over their copper melt value due to their numismatic interest. Not unlike key dates from silver dimes, quarters, half dollars and dollar coins who are worth much more than what is called "junk silver".

In 1943, due to the United States' involvement in World War II, the United States Mint had to replace the use of copper for steel for the wheat cents. The change lasted only a year and in 1944, the bronze alloy returned to the Lincoln wheat cents once again. However, some leftover steel planchets ended up in the pressing machines and these 1944 steel cents ended up in circulation.

Value: In average condition, this coin is worth about $77,000 and as much as $110,000 if in certified mint state condition by a coin grading service.

As mentioned above, 1943 cents should have been minted with steel, rather than copper due to the countries efforts in World War II. Numismatists believe some bronze planchets were used by mistake. Very few of these pennies were minted released into circulation.

Value: In average condition, many collectors would be willing to pay about $60,000 and as much as $85,000 in mint condition.

This year and mintage (Denver) is considered a key date and is the most valuable of the non-error Wheat pennies.

It has no mintmark.

Value: This coin ranges in value from about 35 cents to $3,000 if in mint condition.

As previously mentioned, the debut year had V.D.B. and non V.D.B. versions. The VDB pennies minted in the San Francisco Mint are the rarest.

Value: In average condition, this penny will be worth around $950 and in mint condition around $2,200.

It is worth significantly more than its face value in any condition.

p>This penny is also worth much more than face value.

There is no mint mark on this penny.

Other Wheat Pennies to Look For

In addition to the pennies mentioned above, keep an eye out for wheat pennies with double dies and other errors — they’re rare coins worth a considerable sum in the coin collecting business.

Some of the error strikes in these old coins can only be identified with a magnifying glass, but some are quite visible. Here are five that are valuable due to these kinds of errors in the manufacturing process.

Until recently, mint marks were punched by hand, and thus the position tended to vary slightly. Mistakes also happened, and rather than scrapping the coin, the coin was usually re-punched with the correct mark. With this coin, the S was originally punched horizontally and was re-punched vertically.

Value: The value of this coin ranges from $50 up to $240 for uncirculated coins.

Double die minting errors result from two impressions being made that are slightly offset from one another. The error can be seen in the word “Trust” and on the date.

Value: The value of a coin with this error can make for quite a few dollars, ranging from $80 to as much as $3,000 if uncirculated.

For some reason, the Denver Mint produced around 500,000 pennies without the “D” mint mark this mintage year.

Another example of a re-punched coin, an S was originally punched and then covered up with a D.

These coins have been given the designation “King of Lincoln Cent Varieties” due to the doubling’s dramatic extent.

With this list of Lincoln wheat penny values in mind, you can now be on the lookout for wheat pennies to add to your collection or earn a few extra dollars in case you spotted one of these in your spare change.

Looking for more? See the 19 Most Valuable Pennies Ever Sold here.

Michael is a contributor to SD Bullion and the founder of Your Money Geek, where he is on a mission to make finance fun. He has worked in personal finance for over 20 years, helping families