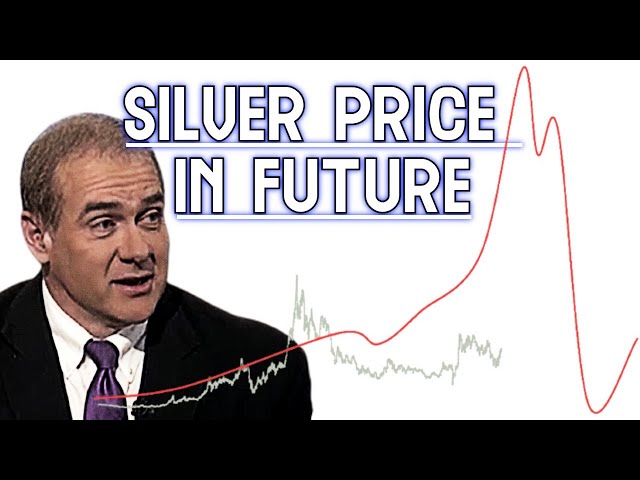 Looking at divergent price data and market force cycles, we can get a clearer road map this week by studying the COMEX and World Silver Price data from 1970 through 2022.

Before deep diving into that data and those long-term silver price charts.

Let's begin by reminding ourselves where the fundamental physical silver market went in 2022.

It was recently estimated by Metals Focus, a London-based silver analyst consultancy, that this year the world will have demanded nearly 200 million ounces more silver than we were able to supply from mining or recycling combined.

Not a surprise to those of you who have been paying attention. Because throughout this year, we tracked that nearly 400 million ounces of industrial-sized silver bullion bars moved out of the combined COMEX and London silver warehouse networks, much of which was to help meet record worldwide silver demand throughout this year.

While myriad industrial uses for silver continue to grow steadily.

A combination of two major silver demand forces made this a record year for silver in 2022.

This Indian silver import chart is only updated through last October 2022, but you can see it has already reached a record high level. India will likely have imported some 300 million ounces of silver this year.

A bit of sad news to report this week.

While he left this world seemingly early and suddenly, I will not forget his December 2011 warning to viewers about the long-term future of silver bullion. Listen to what this former NY Federal Reserve Investment Advisor had to say about silver just over a decade ago.

The gold-silver ratio fell slightly to 75, all while the modern world continues physically mining it at a high single-digit ratio.

Sarcasm aside, we'll take a deep dive into using long-term silver price data to garner a better idea of the potential road ahead for silver. In a higher, more inflationary world, the white precious metal is poised to do something similar to what it accomplished in the 1970s into the early 1980.

Back when spot silver ran bottom to top 38-fold in its nominal spot price.

What if I told you that since the beginning of 1970, starting at a spot silver price of $1.92 oz, that throughout the last nearly 53 years during New York COMEX trading hours, the price of silver has traded downward, aggregating to only 15¢ oz over that more than five-decade timespan?

This is real price data.

So generally, the shorts on the COMEX have won for longer durations over time, betting silver price to fall.

You might be thinking, well, the current silver price is $24 oz, so this data is surely incorrect.

Starting in 1970 at $1.92 oz, adding up silver trading data outside of COMEX silver trading hours, over the last nearly 53 years. The price of silver outside the COMEX has ballooned, aggregating to $289.84 oz as yesterday's data closed.

Of course, this data and a fiat Fed note won't get you a cup of coffee anymore... but here is where the rubber meets the road in terms of the past, likely rhyming with the future in some form or fashion.

This is a logarithmic price chart again from the start of 1970 to yesterday.

The black lower price line is how silver's price has added up trading during COMEX hours over this large timespan, generally moving down from $1.92 to now 15¢ oz.

The red line is the opening price of each day on the COMEX, so it is the spot silver price for nearly 53 years.

Finally, the top blue line is the silver price outside COMEX trading hours, from $1.92 oz starting in 1970 to nearly $300 oz over this same lengthy time frame.

When I study this chart, and I do often, I see 4 distinct timeframes or eras in which those betting long silver, or that the price of silver would rise, consistently won out for lengthy durations in time.

Basically, during these four distinct timeframes, you can see the outside of the COMEX silver price blue line colliding with the red spot price line. Looking backward, all four timeframes were good for silver bulls to lock in and take some profits on bullish silver bets they made.

This moves us to the next 5th era or coming timeframe in which the red and blue lines meet again.

There is only one example of the blue line falling to meet the red spot price line: the third time frame of 2006 to early 2008 on this chart. More a disinflationary environment in the early 2000s leading into that silver bullion run where the spot price four folded.

Given that we are in a more secular price inflationary regime akin to the later 1970s, I contend that this 5th meeting between the blue and red lines will be moving high, akin to how they did in the late 1970s.

This time there are millions of retail silver investors all over the world buying silver bullion, not a few leverage Hunt Brother billionaires to scapegoat after the fact.

When and exactly how high will Spot Silver have to climb to meet again eventually?

Impossible to say, but my patience could carry into the next decade if somehow it took that long.

There has never been a larger spread in percentage terms between the blue and red lines, so this chart screams there is an opportunity still for those getting prudently positioned into silver now with patient time horizons.

Of course, if we somehow go into some hyper-inflationary nightmare scenario, you can pretty much toss these charts. They will simply go straight up and off the page. If that terrible situation came to pass, there won't be many fiat currencies you would likely want to trade for bullion.

Where and at what silver's future nominal record price peak will reach is less important than simply knowing in real value terms silver will one day buy way more in real goods, services, and other asset classes than it does today.

I am sure the late great Scott Minerd would agree with that statement.

That is all for this week's SD Bullion Market Update. Merry Christmas!

And, as always, to you out there. Take great care of yourselves and those you love.