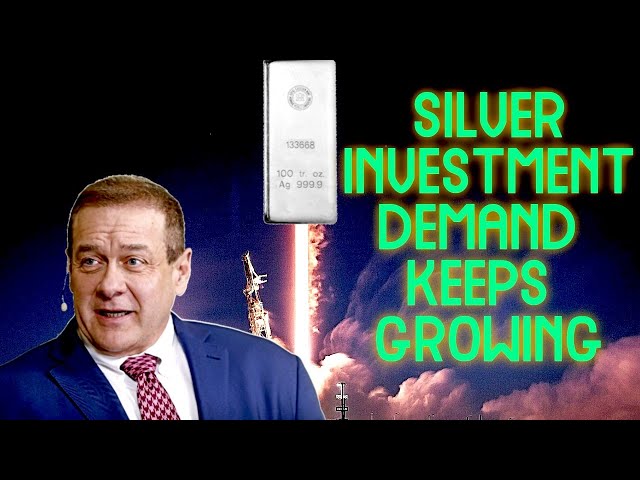 According to bond market trading billionaire Scott Minerd, it will take some time due to the sheer size of the gold market, but ultimately the precious metals will enter an "exponential phase" of rapid value escalation.

Minerd recently stated the ultimate price target for gold is between $5,000 and $10,000 an ounce. Also saying, "This is ultimately is in the cards. Silver traditionally lags. It is the poor man's gold, and it's the one that will have the largest move on a percentage basis. It is the high-beta version of gold."

Even with silver price premiums blown out on silver bullion products for some time due to outsized demand.

The sheer numbers of troy ounces being sold in 2021 are larger than the historic year of 2020.

For 2020 and 2021, combined silver bullion and net silver ETF demand have been tracking at above 70% of newly mined global silver ounces per year.

This situation and trend could ultimately force the silver spot price to run violently upwards, possibly larger and faster than the vertical run we saw in late 2010 and early 2011.

One of the longest-term bullish silver calls was in late 2011 when New York Federal Reserve Investment Advisor Scott Minerd began calling for silver to make a run at $500 oz by the end of this decade 2030.

Essentially forecasting our coming move to fiat CBDC and less cash in our collective economies.

Judging by current trends, his bullish $500 fiat Fed note per troy ounce of silver take may indeed come to pass by 2030.