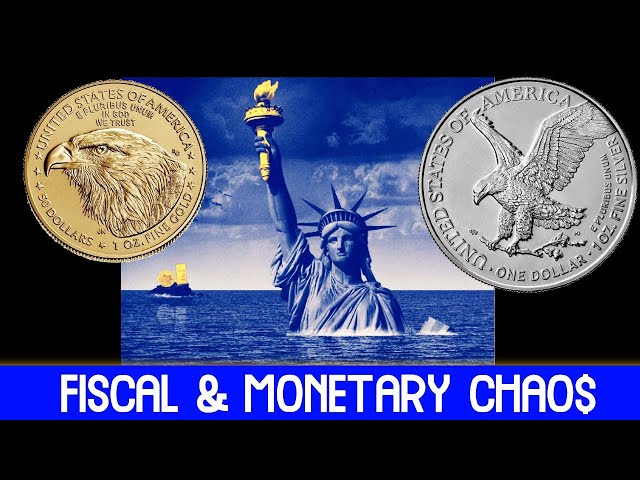 We have many important bullion-related news items to cover this week as unprecedented fiscal, financial, economic, and monetary climate changes are afoot.

Aims at spending record sums on infrastructure, education, healthcare, and more will push Federal US government spending to about 1/4th of the entire US economy, levels not seen since way back to World War 2.

Friendly reminder for those financial institutions too large to possibly exit, and for general bond market investors about how things worked out last time we blew out Federal spending on this scale. During World War 2 inflation compound for years in the teens peaking nearly 20% year on year, with nominal interest rate artificially pinned down near zero, effectively stealing future purchasing power from those holding government debt and IOUs.

Something similar or worse is likely bearing down in the decades ahead for those who lend capital to the US and or other sovereign debt markets. The Federal Reserve will likely have to increasingly monetize and buy future certificates of confiscation for interest rates that cannot be allowed to rise without massive financial fallout.

US Mint admitted there is a global silver shortage and that the demand for silver remains greater than supply. pic.twitter.com/rLeoTwKxRE

The US Mint was recently overwhelmed by outsized demand for two of its newest numismatic silver coin releases, the mint emailed customers the following letter. Stating that, "the global silver shortage has driven demand for many of its bullion and numismatic products to record heights." Also acknowledging that "the demand for silver remains greater than the supply."

So now we can add the US Mint to those who have acknowledged the effective silver squeeze ongoing.

The US Mint has regularly run into a shortage of burnished silver bullion coins. Blanks from their vendors such as Sunshine Minting Inc. currently relocating its manufacturing capacity and plant to Nevada from Idaho.

As well, the US Mint's motivation & legal charge to continually meet ongoing public American bullion coin demand got subverted just over a decade ago. The original 1986 law was amended in 2010 so now head of the US Treasury, Janet Yellen deems by fiat edict what is sufficient supply. In other words, it is unmotivated and legally not mandated to be cranking coins 24 x 7.

The truth is that the US Mint was never going to be ready for the BIG SILVER demand ahead, instead, they will be relegated to the side as big bullion buyers eventually go after the 1,000 oz bar category in earnest. In my studied opinion, that process has begun 2020 and now increasingly so into 2021.