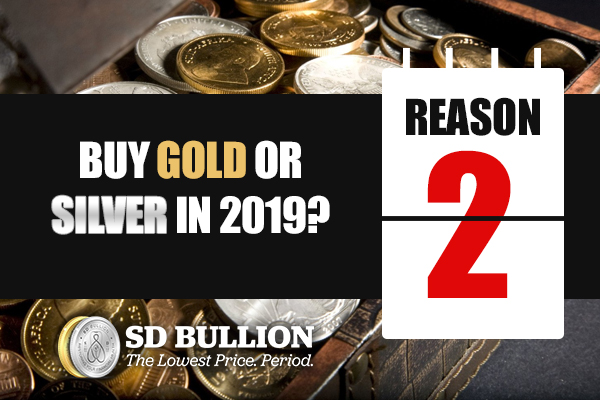 Your timing is great given the old adage of buying low, and potentially later selling high.

For many decades now the Federal government’s Bureau of Labor and Statistics has been underreporting price inflation data.

The motive is pretty easy to understand as to why the government would do this.

Firstly being that the Federal government debt level is about to his an all time record $22 trillion USD, as well to there is an estimated $210 trillion USD unfunded liability pile lying in weight which is often never discussed. The government’s liabilities are often linked to the official inflation figures which is claimed to be about 2% at the moment.

The following gold and silver charts below use the most accurate private historical inflation data available (produced by ShadowStats) to better understand both respective gold and silver US dollar values per troy ounce over the span of our nation’s history.The charts below uses the ShadowStats Alternative CPI-U Measure which is an attempt at adjusting government benefiting CPI-U inflation underreporting which has widened since 1980.Again all the various changes in methods used to once report accurate inflation statistics have been hedonically adjusted over recent decades and were likely designed to move the concept of the CPI (core price inflation) away from being an accurate measure of the cost of living needed to maintain a constant standard of living.  This following chart is based on more accurate price inflation reporting methods in place as of 1980. According to the charts, US dollar gold and silver prices and values are now relatively cheaper today than they were in the year 2000.

In other words, verse all past silver and gold US dollar prices going as far back as our before our United States of America was formerly founded. We have never had constitutional monies like gold and silver on sale at such cheap net present values vs past value terms. 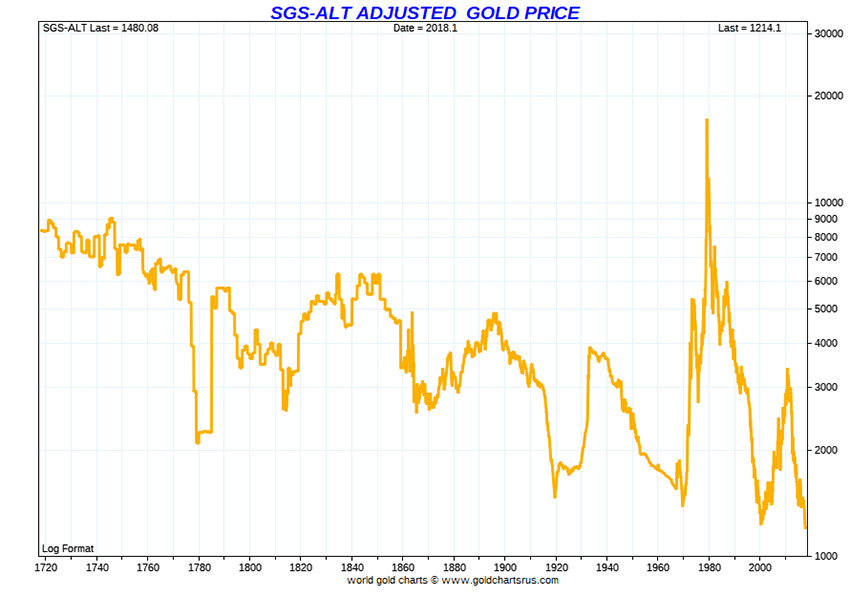 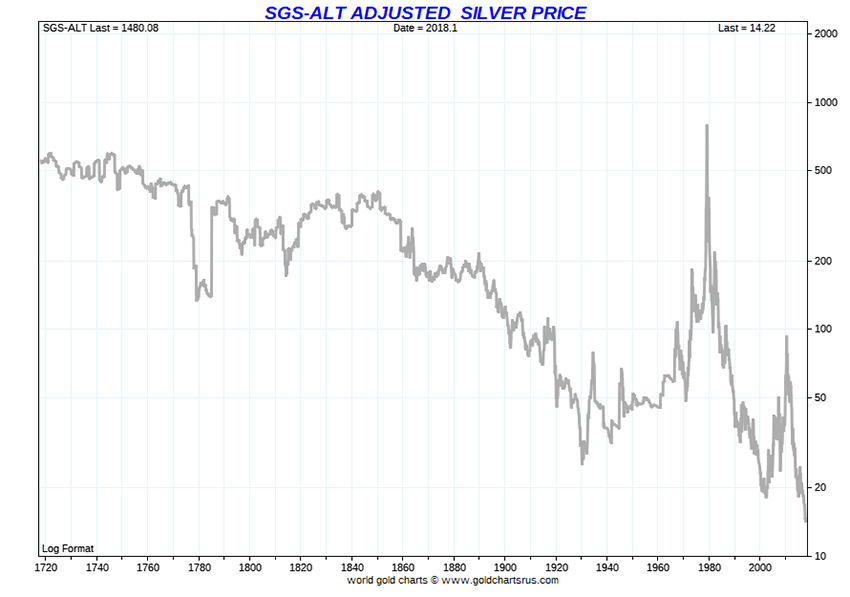